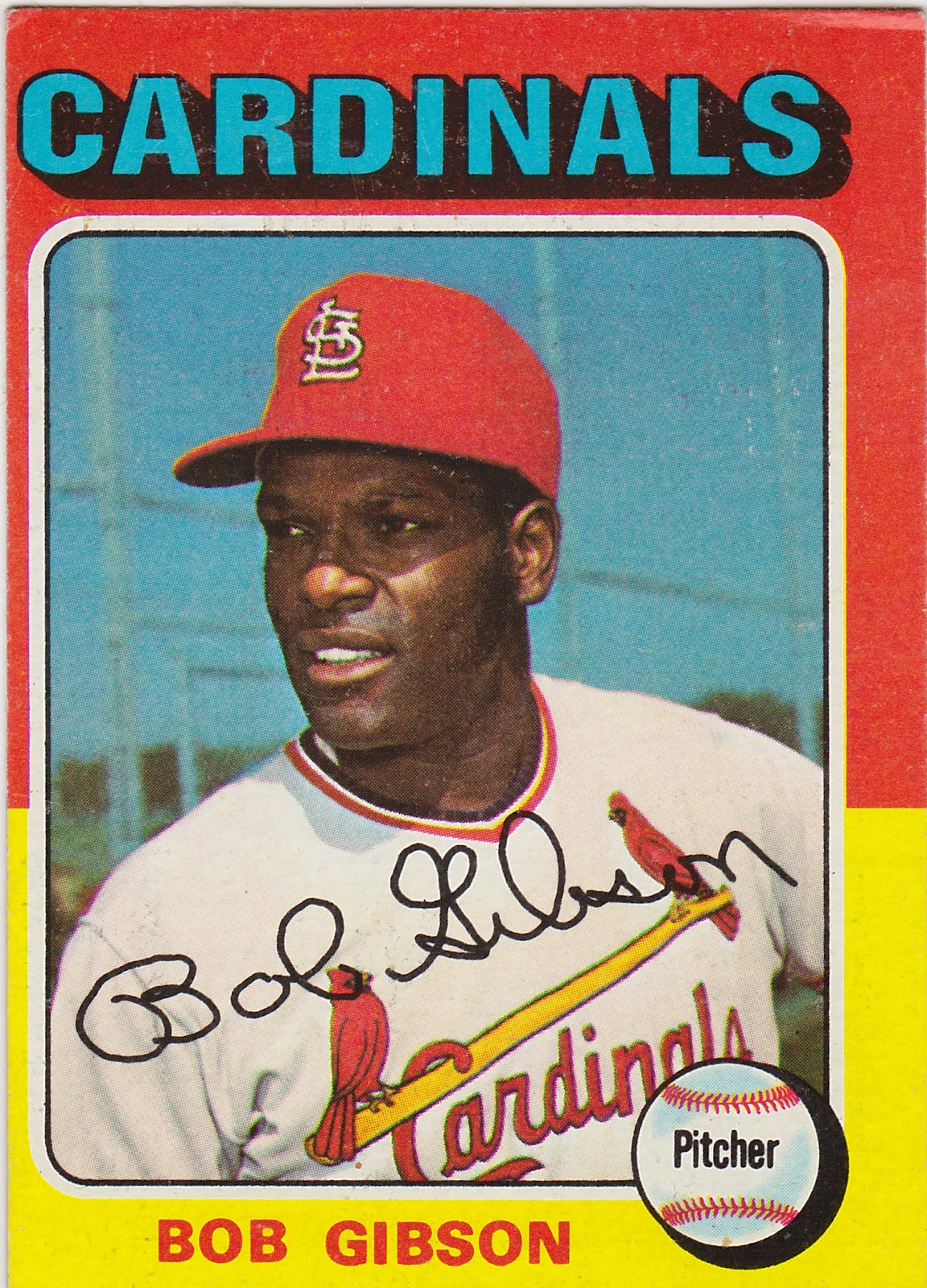 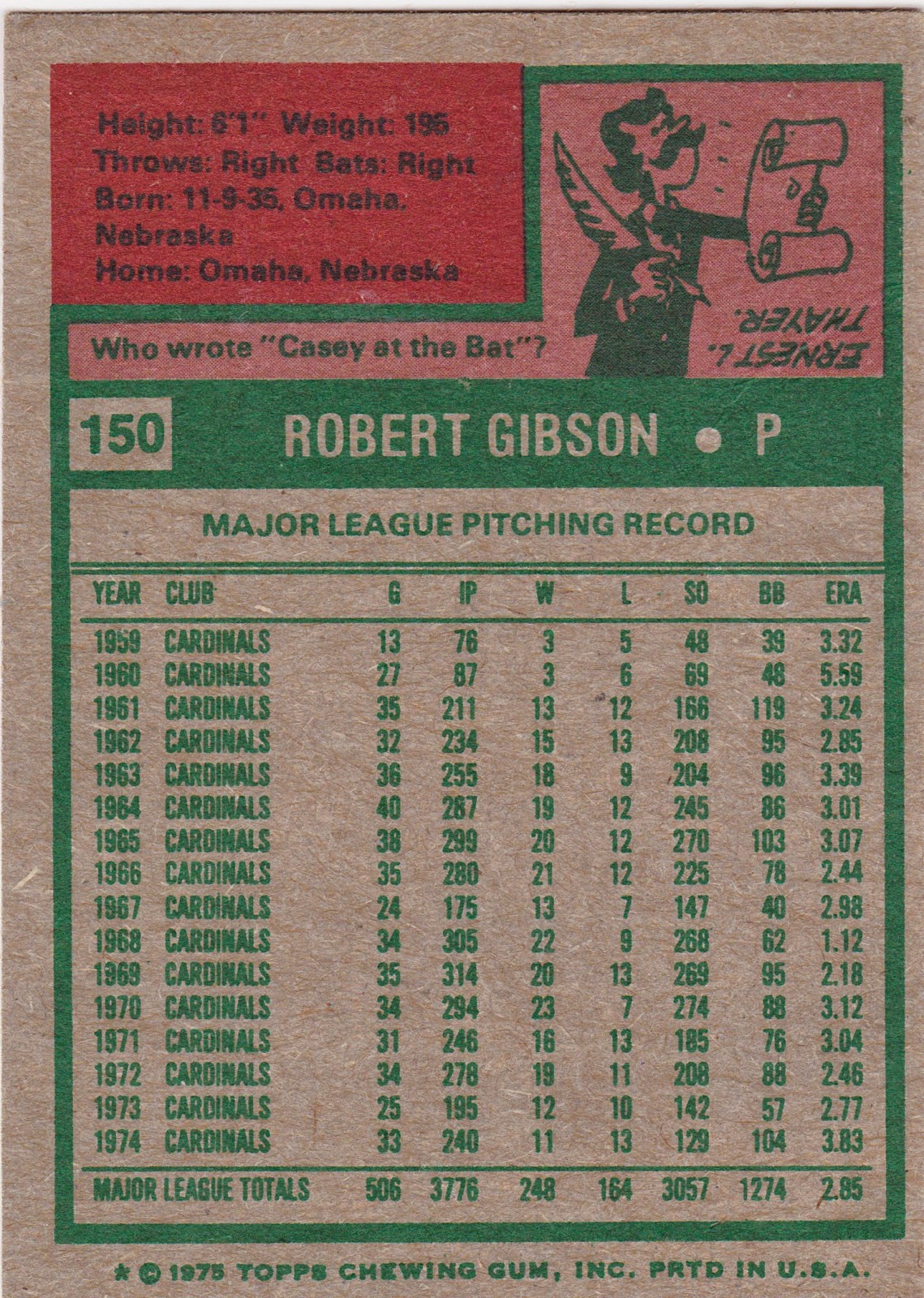 '75 Gibson, not a mini. But sweet nonetheless. Just a bit(!) off-center but then again aren't we all? The corners are nice and the colors bright...and that wall of stats on the back. Holy cow! Kind of neat to see a player who plays his whole career with one team and to read down the rows of stats.

I was struck by Gibby's reduced load in 1967 so I checked Wikipedia and was reminded of the broken leg he suffered that year. I also found this little gem of a story told by the Giants' Jim Ray Hart:


"Between games, Mays came over to me and said, 'Now, in the second game, you're going up against Bob Gibson.' I only half-listened to what he was saying, figuring it didn't make much difference. So I walked up to the plate the first time and started digging a little hole with my back foot...No sooner did I start digging that hole than I hear Willie screaming from the dugout: 'Noooooo!' Well, the first pitch came inside. No harm done, though. So I dug in again. The next thing I knew, there was a loud crack and my left shoulder was broken. I should have listened to Willie."
—Jim Ray Hart

There were not many pitchers like Bob Gibson.
Posted by Commishbob at 5:00 AM