This is a set of what was promoted as 'cards' and were given away at the recent 50th Anniversary Ford Mustang Celebrations in Las Vegas and Charlotte. I hope to be able to attend the third and final of these gathering which will be held in Lincoln later this summer. We'll see. My travel budget has been hit really hard in the last year or so.

I put the quotes around cards because when I received my set it turned out they are printed on 8x10 heavy stock. I had sort of expected them to be 3x5 or 4x6. But they are pretty sharp nonetheless. There are eight in the set and each of them depicts one generation of the Mustang. I have a new Mustang and it's my first but that doesn't mean I haven't always had my sights on owning one. The long term prospects of putting three kids through college tends to change one's priorities. But now that that's done I was able to scratch that itch. 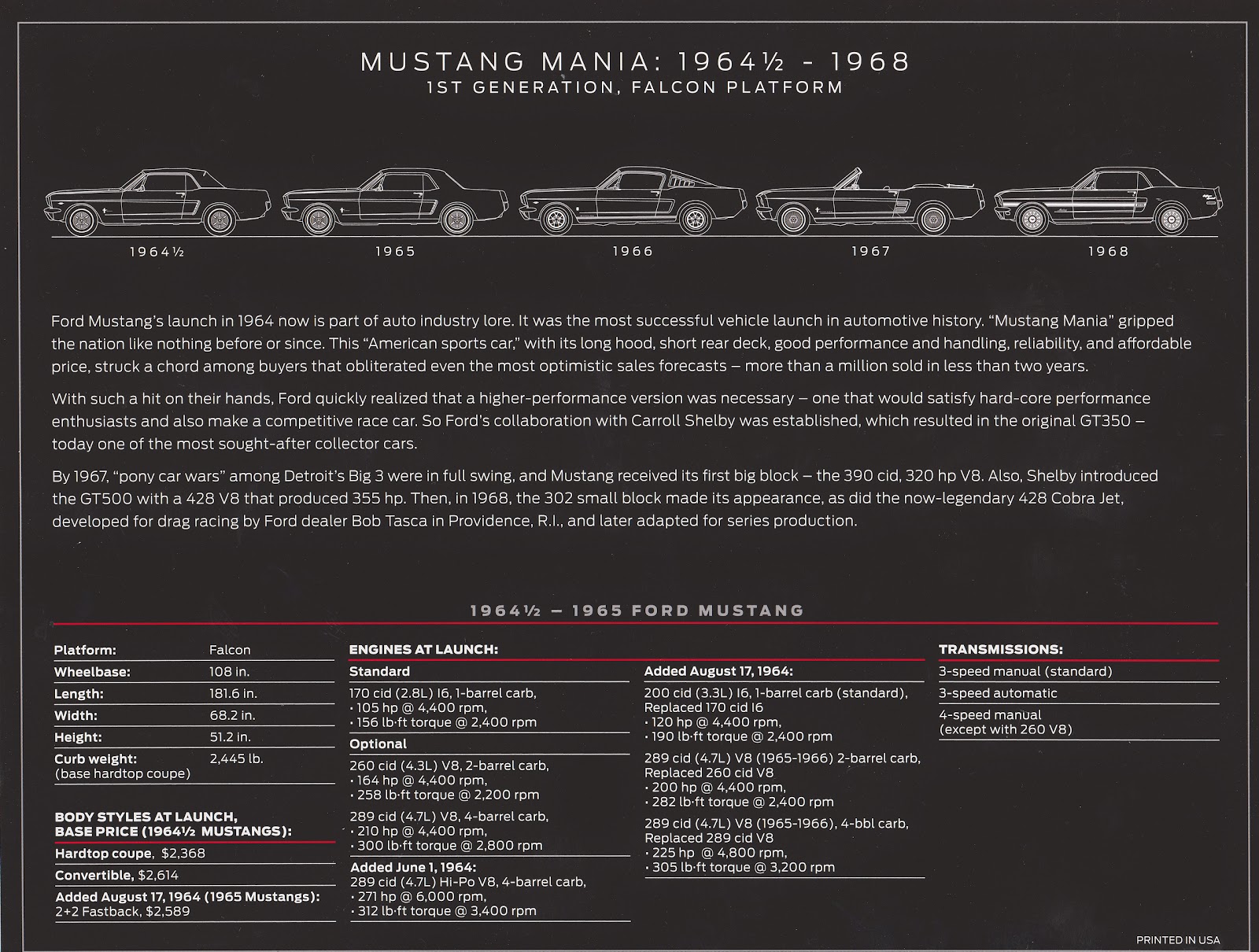 Each card has the 'flagship' of that generation's Pony with some of it's variants shown along the bottom. The reverse of each has a fact and spec format. The first Mustang, the 1964 1/2, had it's debut at the New York World's Fair which I visited several times. I found a picture of the Ford Pavilion that shows a red Mustang Fastback but I have always remembered a pale blue car there. Oh, the tricks of memories. 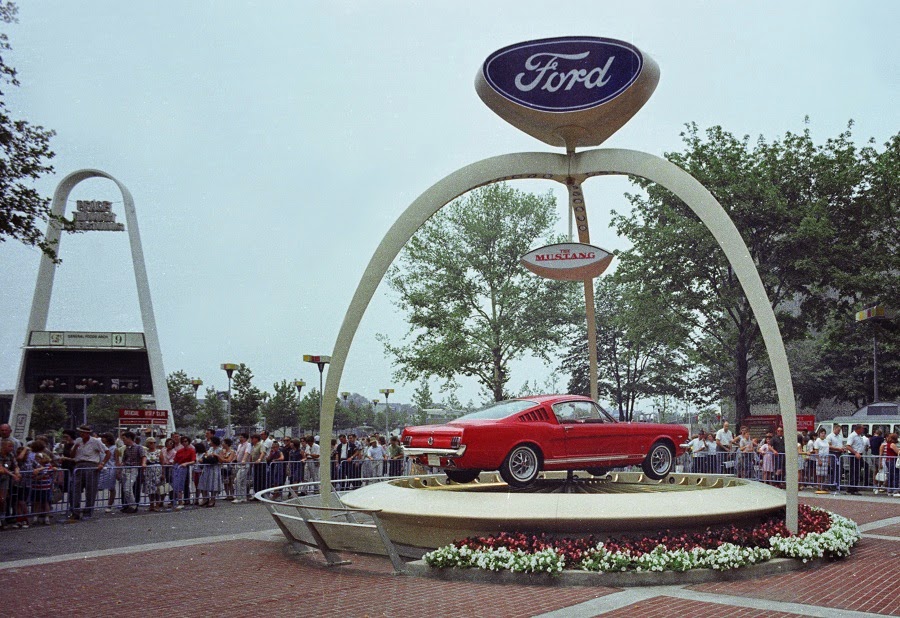 Here are a few more of the cards:

When I first met my wife in 1975 her older brother had this exact car. She had his hand-me-down gold Camaro which was fun to drive but I always wished I could have taken that 'Stang for a spin.

I came close to buying a Mustang twice previously. In about 1983 a friend of mine went to work selling Fords and I almost bit on a 'Fox body' sometime soon after that. Then again after I had been working for the school district for a decade, in the mid '90s, I really craved a GT like the yellow one in the card above. My wife, being the voice of reason that she is, put a stop to that. We had three pre-teen kids and a Mustang wasn't practical (nor was another car note).

This is the generation of Mustang that's in my garage right now, the S197. Mine is all black, tinted dark and with 'blacked out' lights and side markers. A friend says it looks like a DEA vehicle. Whatever, it's fun to drive.

Finally, here is the as yet unavailable 2015. It's supposedly better looking in person than in pictures (so says Motor Trend) but I'll have to see that for myself. I don't care much for the look of the front end. But I'm a Mustang guy so I'm reserving judgement.

A final note... I first received a poster instead of this set of cards as I had requested. It's a cool poster, 50 different Ponies, but I have no place to display it. Took a phone call to get me this set.
Posted by Commishbob at 4:30 AM

Email ThisBlogThis!Share to TwitterShare to FacebookShare to Pinterest
Labels: Mustang