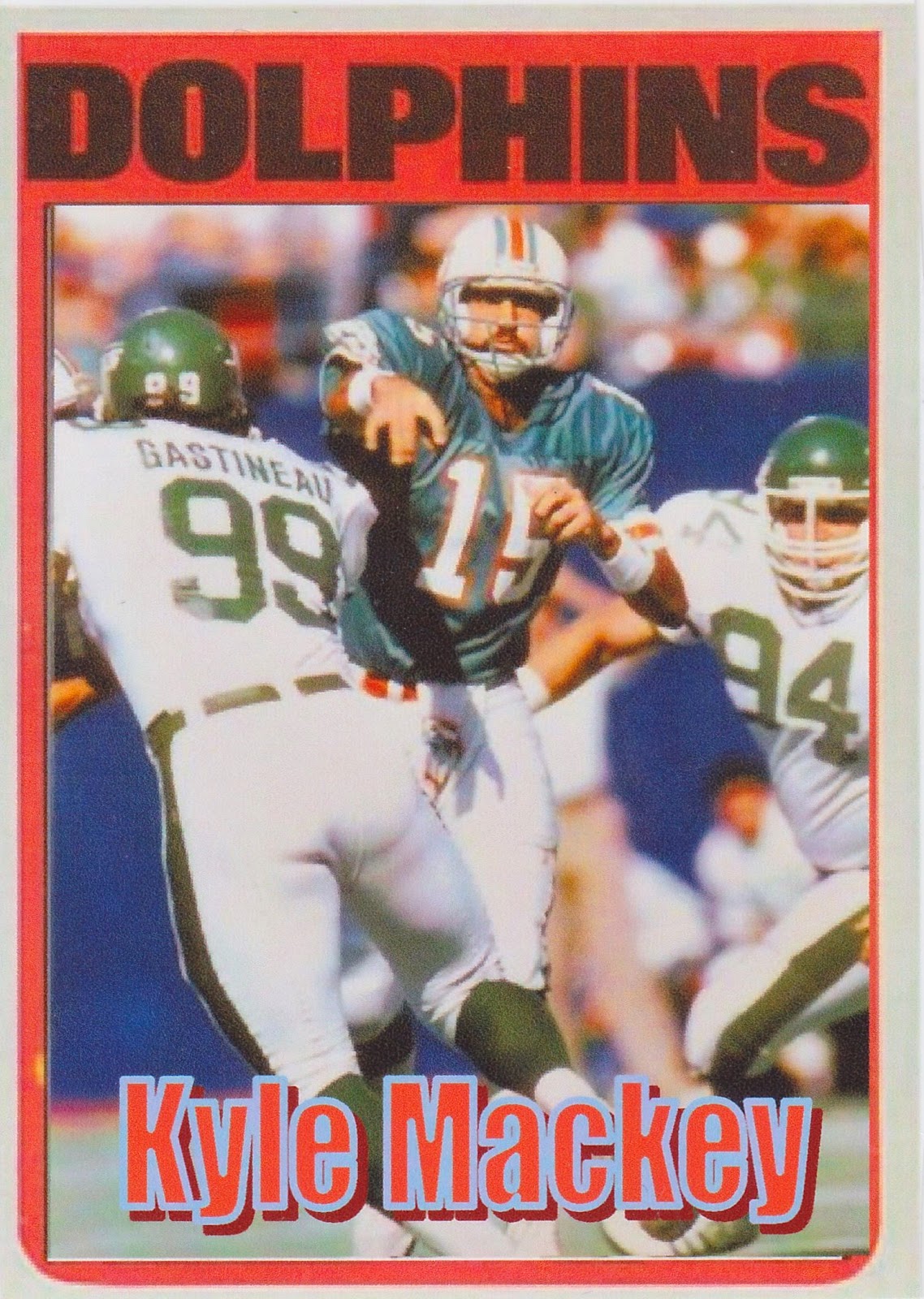 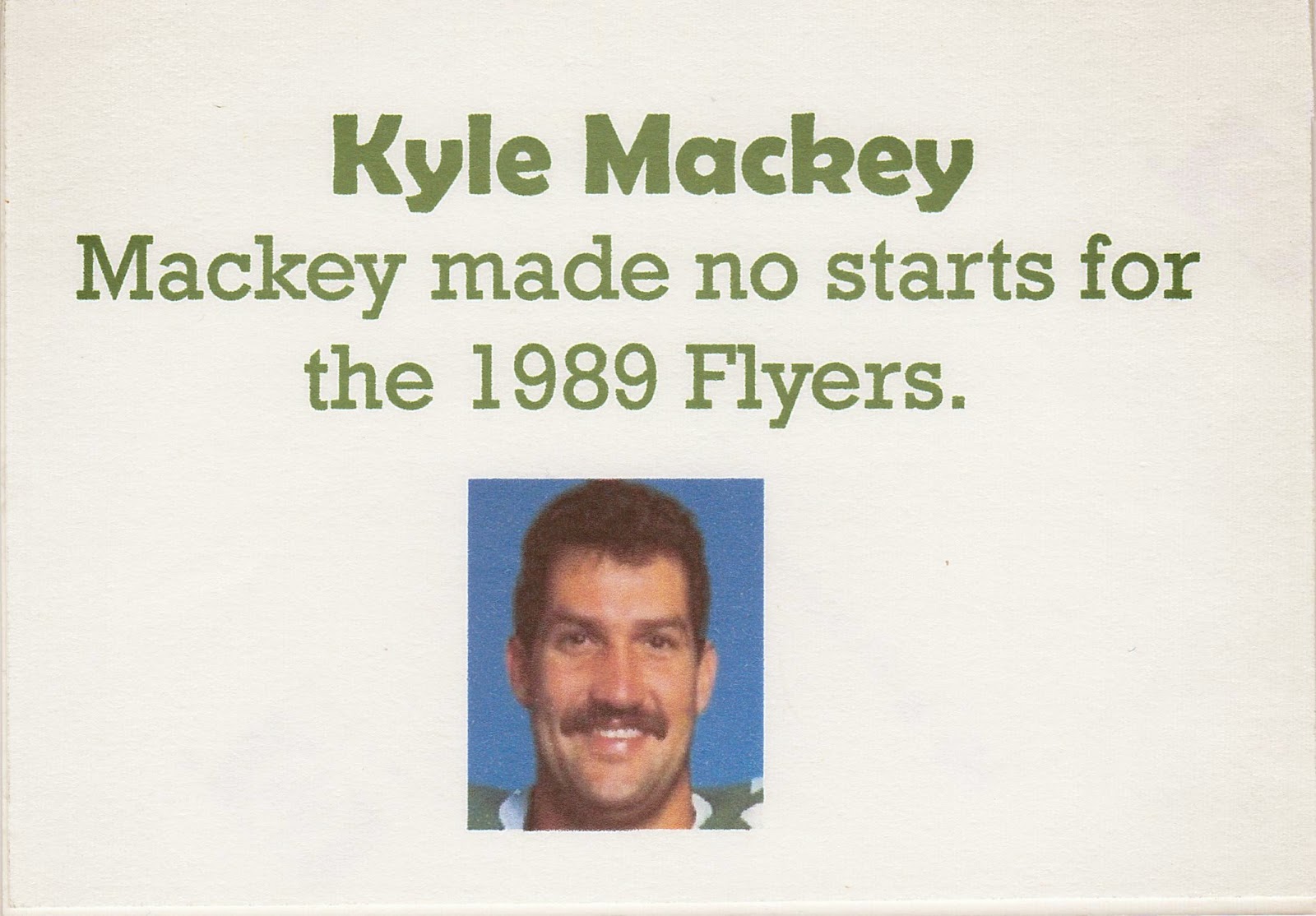 NFL Info: Kyle Mackey is a Texas boy who played college ball at East Texas State (now Texas A&M-Commerce) and was drafted by the Cardinals in 1984. He never played for them in a regular season game, moved on to the Eagles (ditto) and then landed a gig with the Miami Dolphins during the 1987 strike/lockout as their replacement quarterback. He played in three games, winning one, before the strike/lockout was settled. The story goes that Don Shula had liked what he saw out of Mackey but told him he couldn't remain with the team because Dan Marino wouldn't stand for having a non-union guy as his back-up. Mackey says that Shula arraigned to have him get paid his weekly $12,000 salary on the sly.

Two years later Mackey found himself on the New York Jets roster and backing up Ken O'Brien. After a slow start for the Jets Head Coach Joe Walton benched O'Brien and plugged Mackey into the line-up at QB. He had thrown exactly one non-strike NFL pass in his career at that point. Mackey started that week against the Saints but was replaced by O'Brien and saw limited action during the rest of the season.

He went into coaching and now is a high school assistant at a school in the Golden Triangle of Texas about 70 minutes east of me. His son played offensive line for him and is on his way to Texas State University where my son graduated from.

Fantasy Angle: I had Mackey on my roster in 1989. My records show I picked him up the week he started and I dropped him a week later. Gone, like a fart in the wind.

The Card: Kyle Mackey is one of about six or so players that I have roster-ed over the years who had no card of any kind that I could locate. I made this one using MS Publisher. I print the fronts on glossy paper, the backs on full page sticker sheets and cut'n'stick. As you can see the result is usually pretty brutal but what are you going to do? I can't NOT have a card for a guy I've had on my team now can I?

I have never been able to find a picture of him with the Jets that would look good on a card. If I do I would consider making a better card. I sent Mackey a note (or maybe an email) a few years back asking if he would sign something that I wanted to send him. I never heard back.

BTW... here is the first Kyle Mackey card I made. I think I cobbled this together in MS Paint when I first started seeking out cards of guys I had on my team. 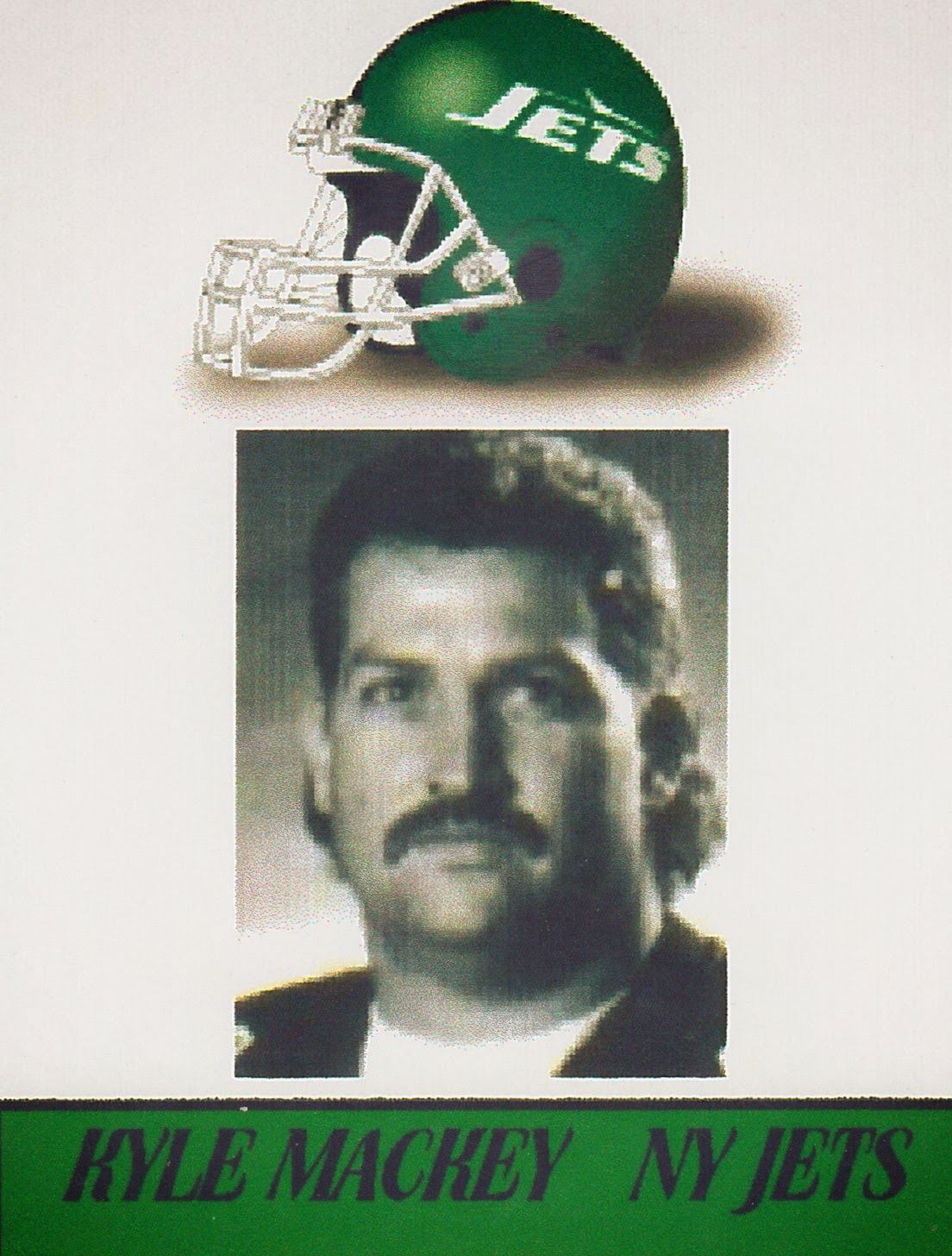