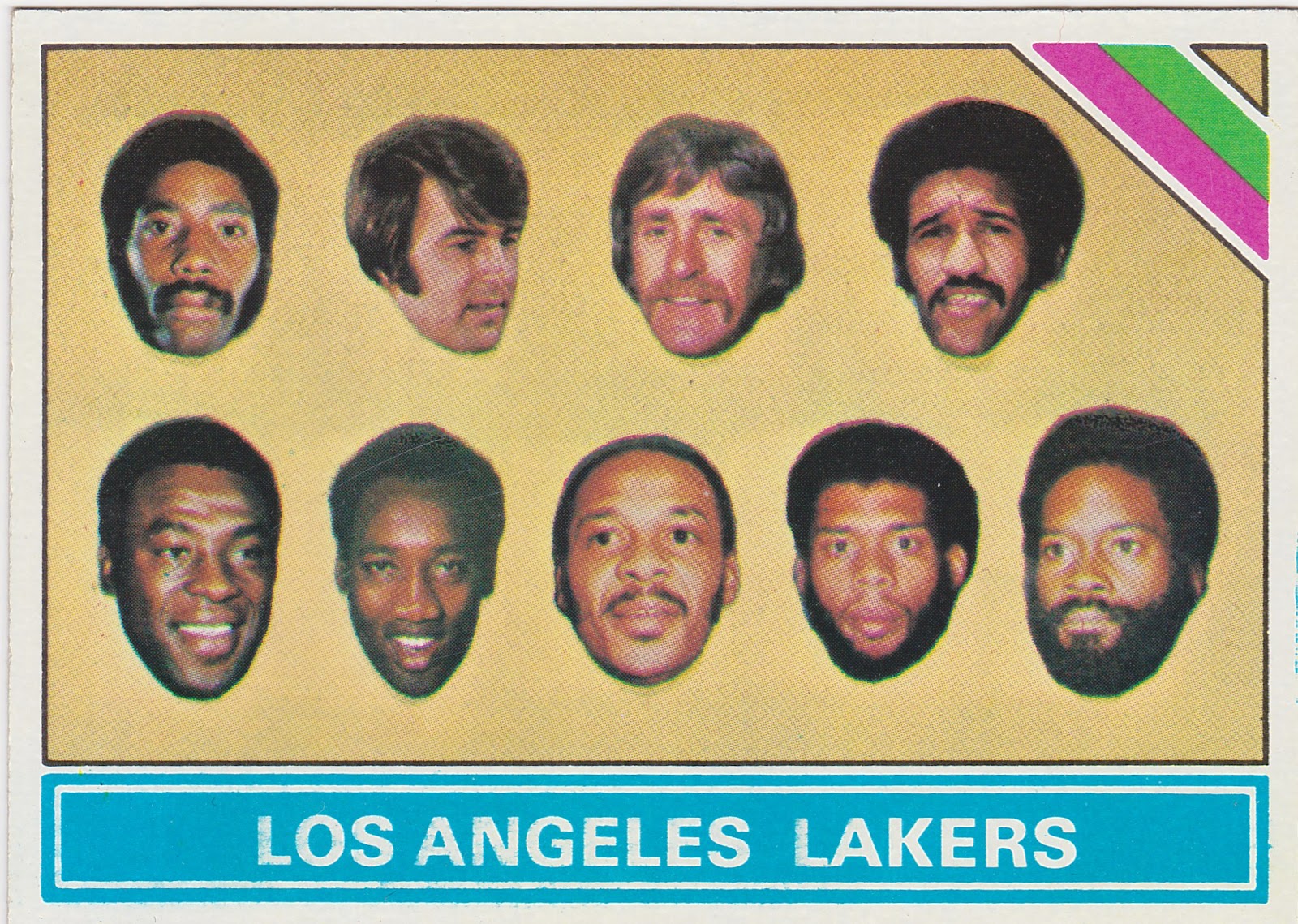 Floating heads in the house! Awesome card from Mark Hoyle. I posted an internet image some time back and then Mark sent me the real thing. Here are the players on the card, according to Hoyle [insert bad pun induced groan here]:

And a few more for the Connie Hawkins Collection, some from Mark, some from eBay. I scanned them together and kind of lost track. Oops.

First up is the '74-'75 Topps. The Hawk is flipping a pass out towards the left corner while being trapped by John Gianelli (I think) and Henry Bibby. 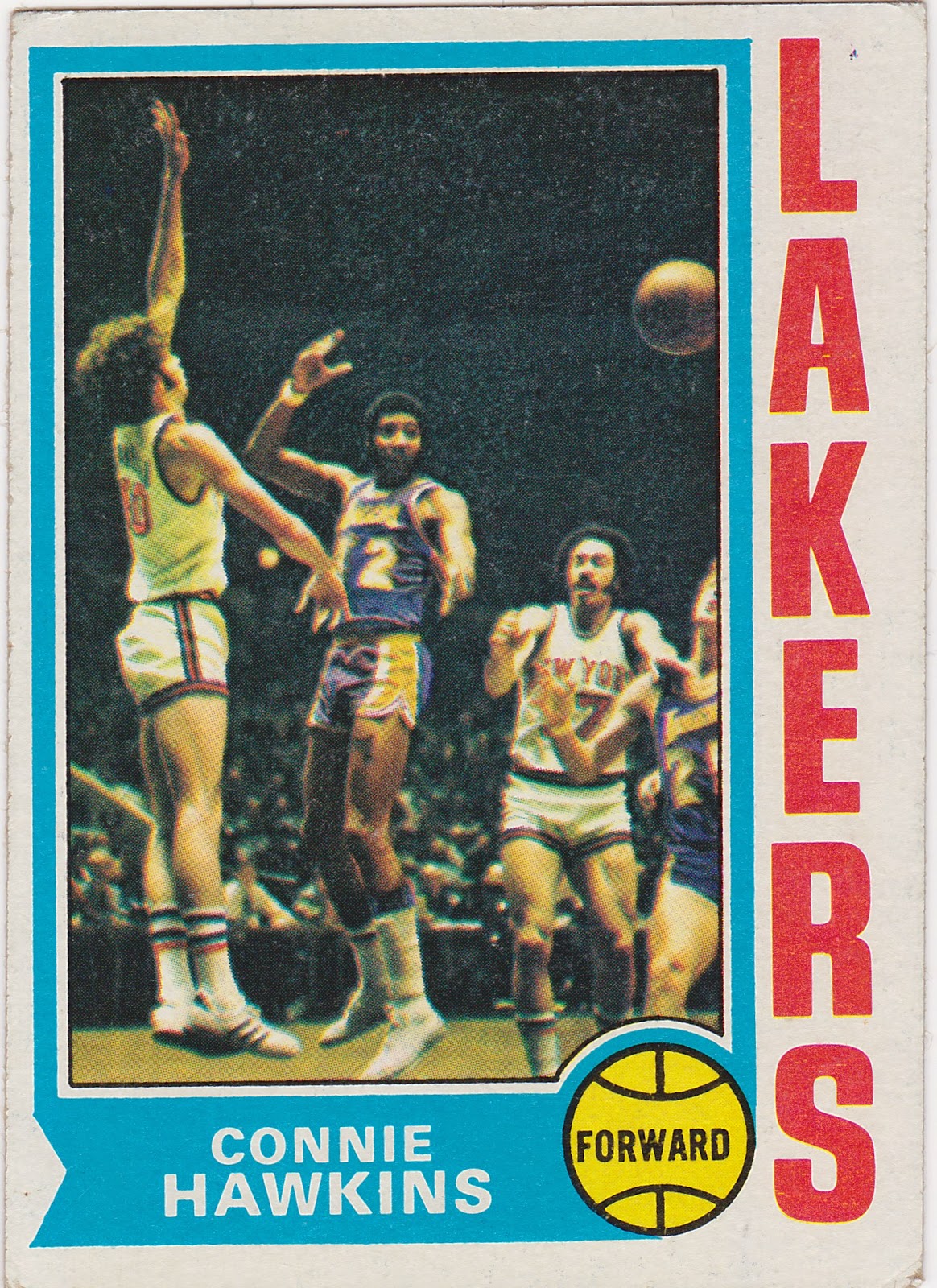 '75-'76 Topps with a shot of Hawkins in the Garden, probably the same game as the previous card. I think that's Phil Jackson getting a taste of Hawk's elbow. Clyde Frazier is on the right. This card definitely came from Mark because it arrived Monday and I just scanned it. 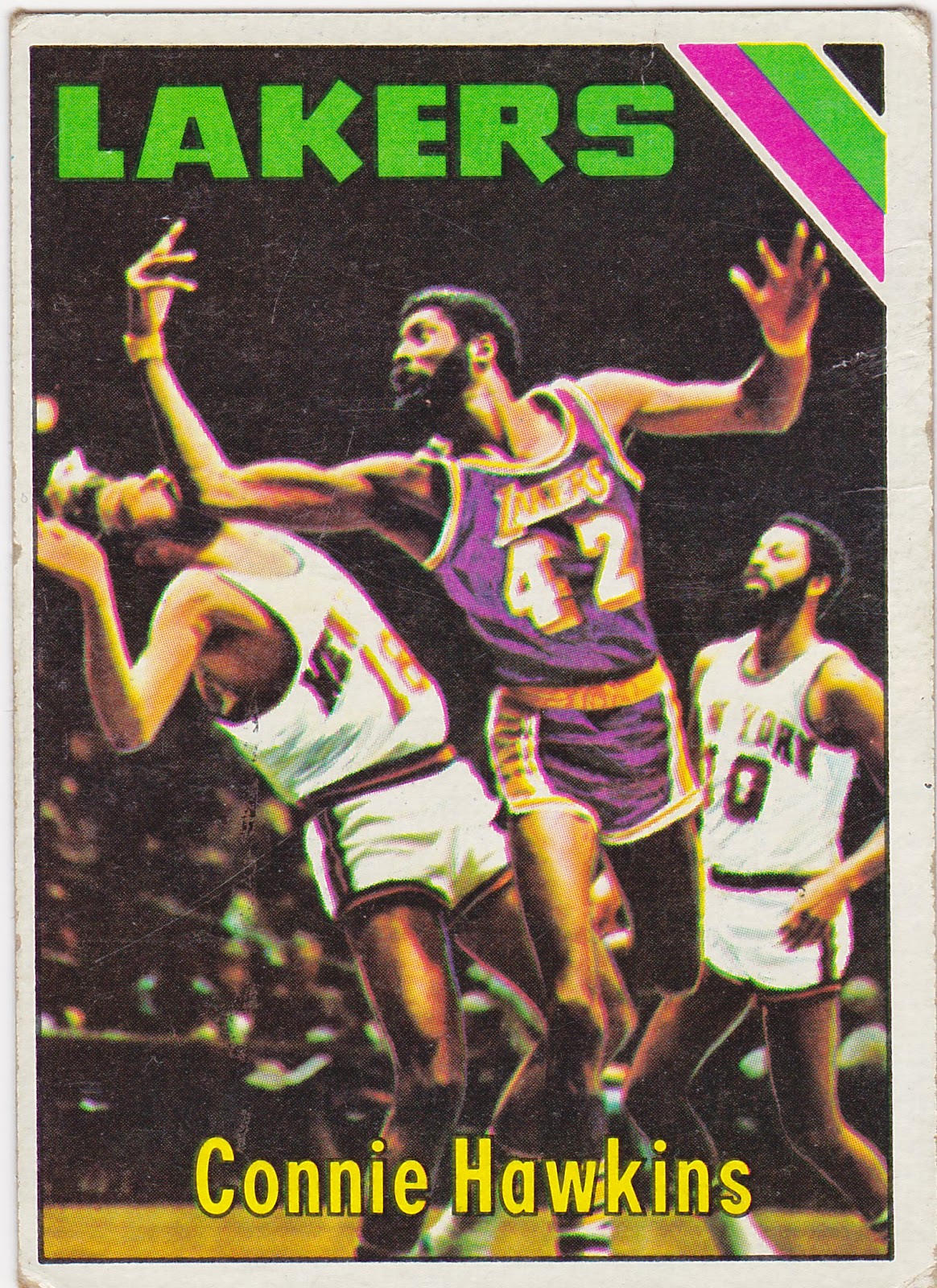 '73-'74 Topps, a 'studio' shot. No, a hallway shot. As usual Hawkins is rockin' the great sideburns. Walt Frazier had the mink coats and the wild hats and the attention of the media but Connie Hawkins was just so damn cool. 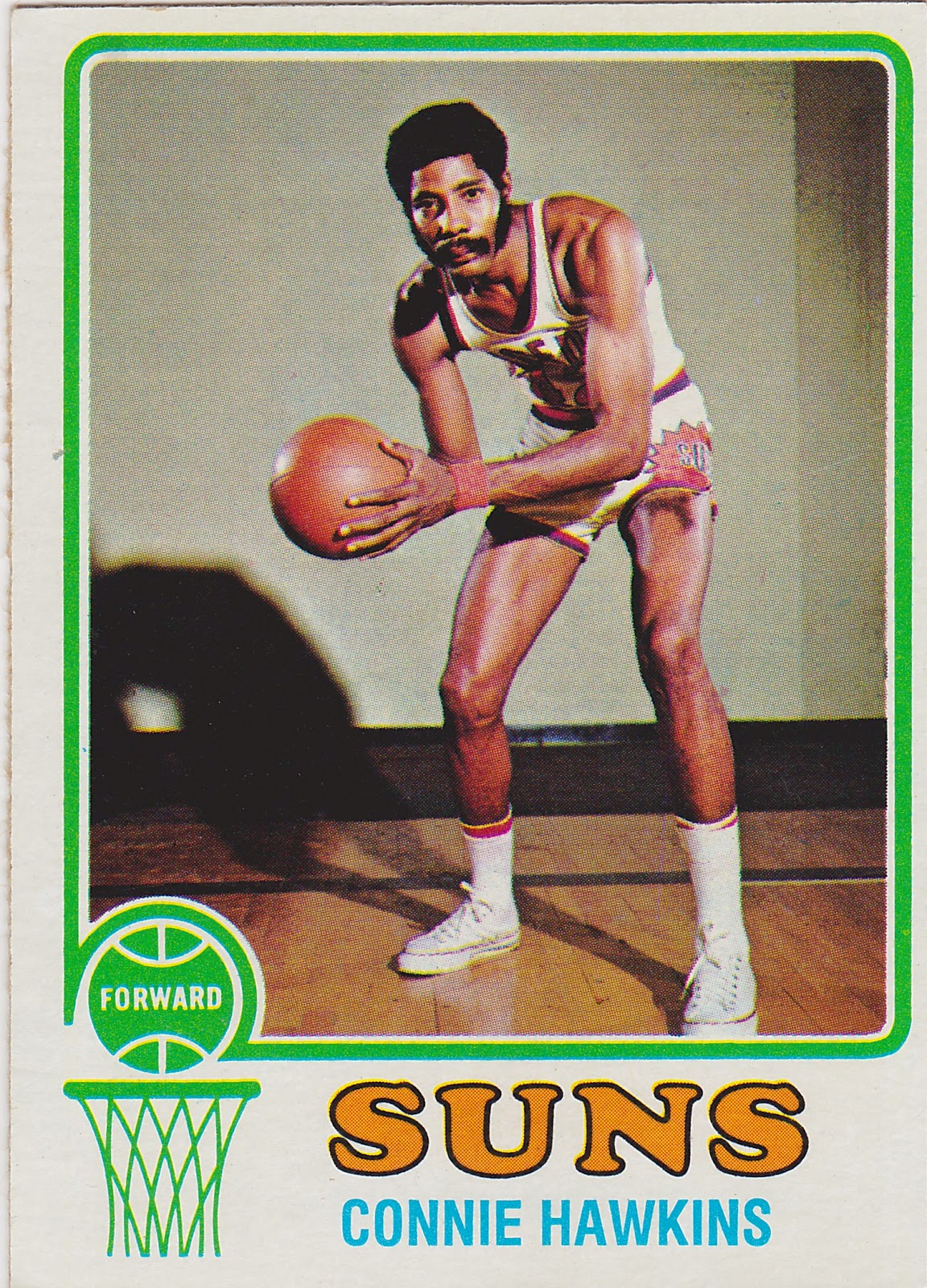