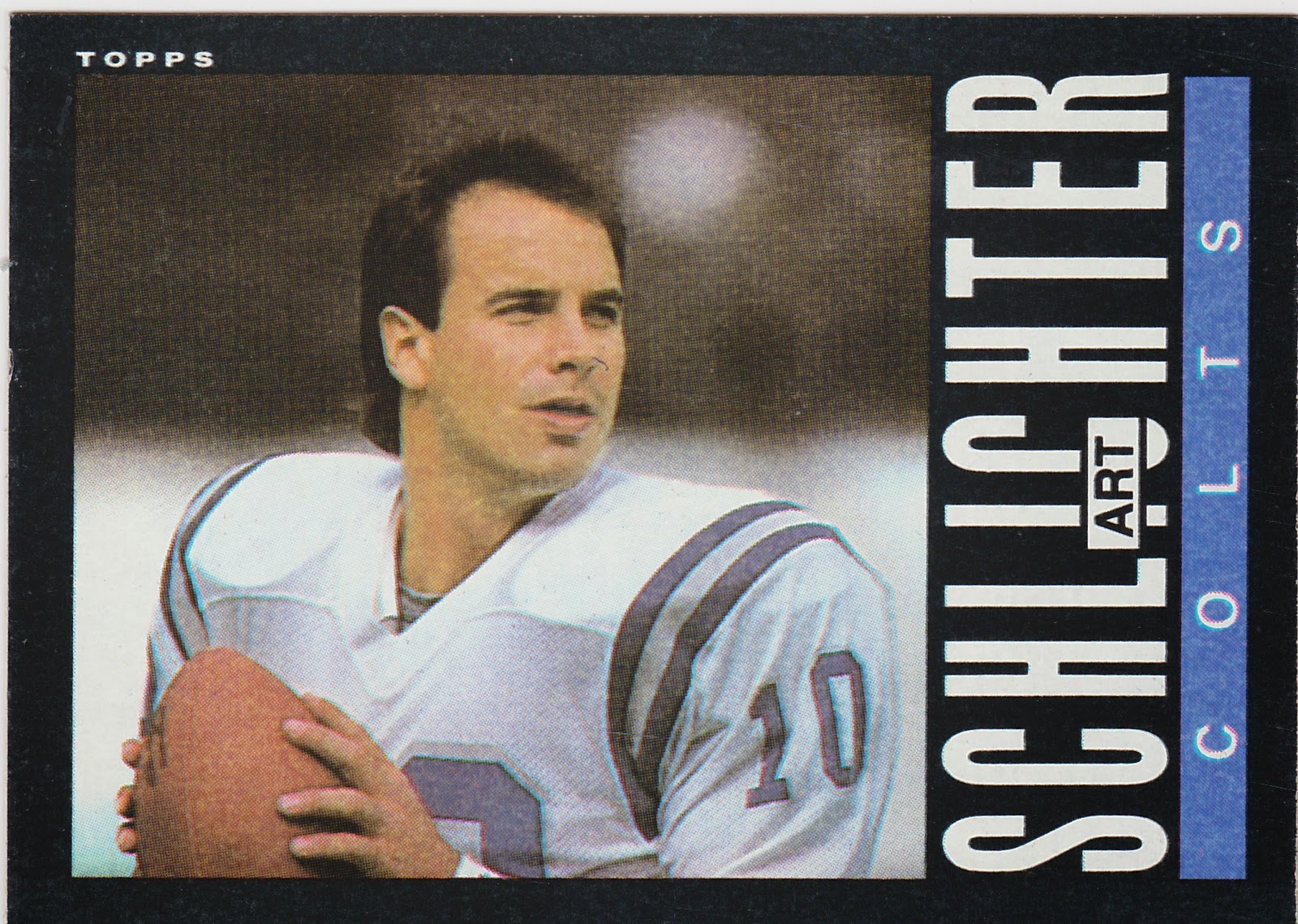 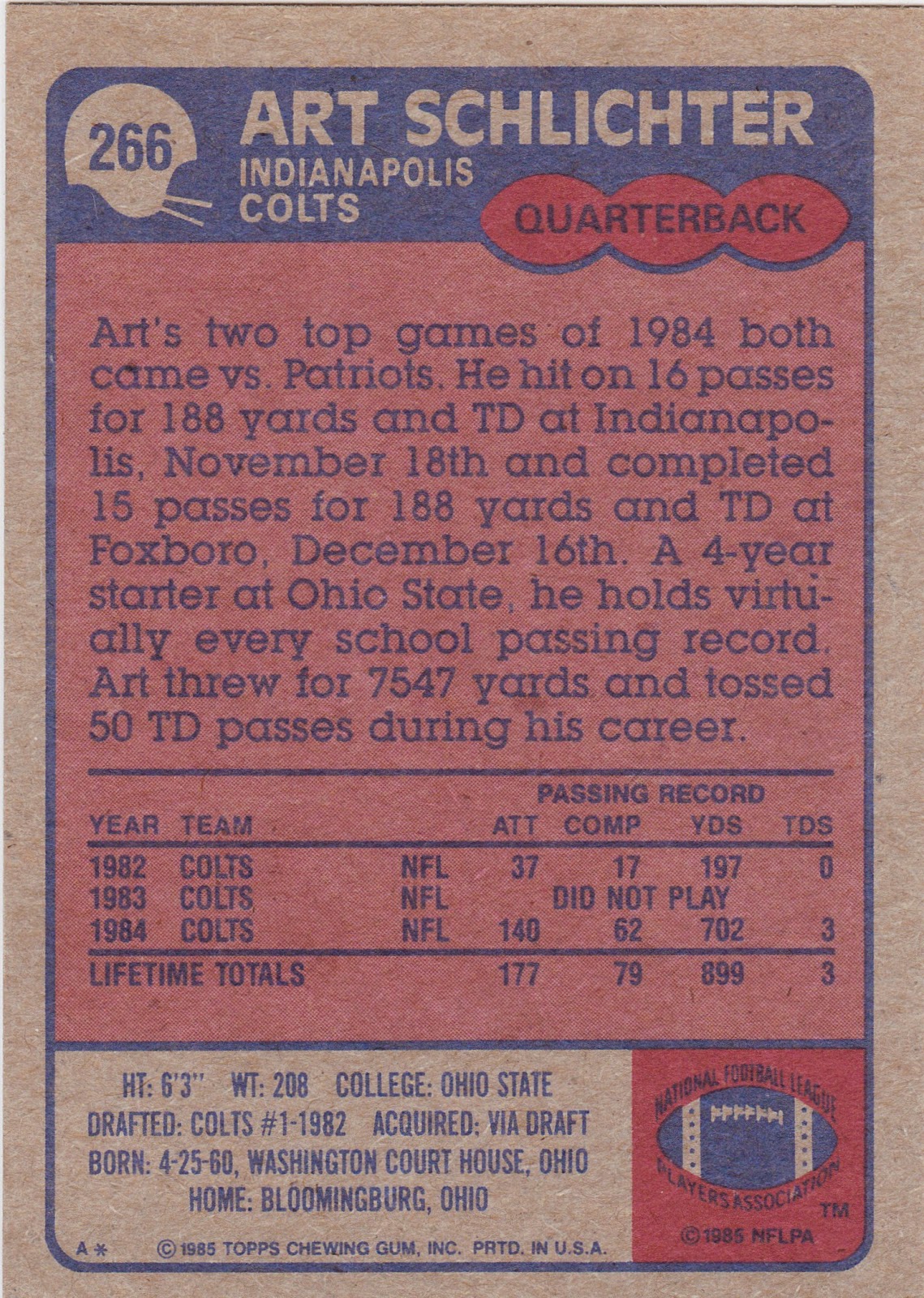 
NFL Info: Art Schlichter may be the biggest knucklehead to ever pull on a pair of shoulder pads. After a career at Ohio State during which he led the school to a National Championship and was the last QB to play for the legendary Woody Hayes he was already a degenerate gambler. He was drafted by my Baltimore Colts in 1982 (the franchise was down the toilet by then) but played only 13 games in his NFL career, six of them starts. He was suspended, reinstated, cut, signed by the Bills, cut again and went on to play (very well actually) in the Arena League. But during this whole time he battled the gambling issues he first fell victim to in high school. He lost millions, was prosecuted for drug violations and finally was sentenced to ten years in a Federal prison for fraud.

Fantasy Angle: Schlichter was one of eight QBs I had on my roster during the 1985 season. He was one of five in that crowd of eight that I didn't use. Neil Lomax was my usual starter and he got me to the playoffs with an 8-4 record and then I took an early exit with a loss in the semi-finals. With unlimited transactions back in the day I ran through a lot of players each year. I'll refrain from the easy joke on taking a gamble on Schlichter.

The Card: This '85 Topps is Art Schlichter's only card, at least the only major company card I can find. He was also in the Topps sticker set that same year. I have a couple of '85s in my fantasy football Frankenset but I prefer to have vertical cards. That's ironic because I really like this set. The black borders are pretty sweet. This set looks really good in a binder.