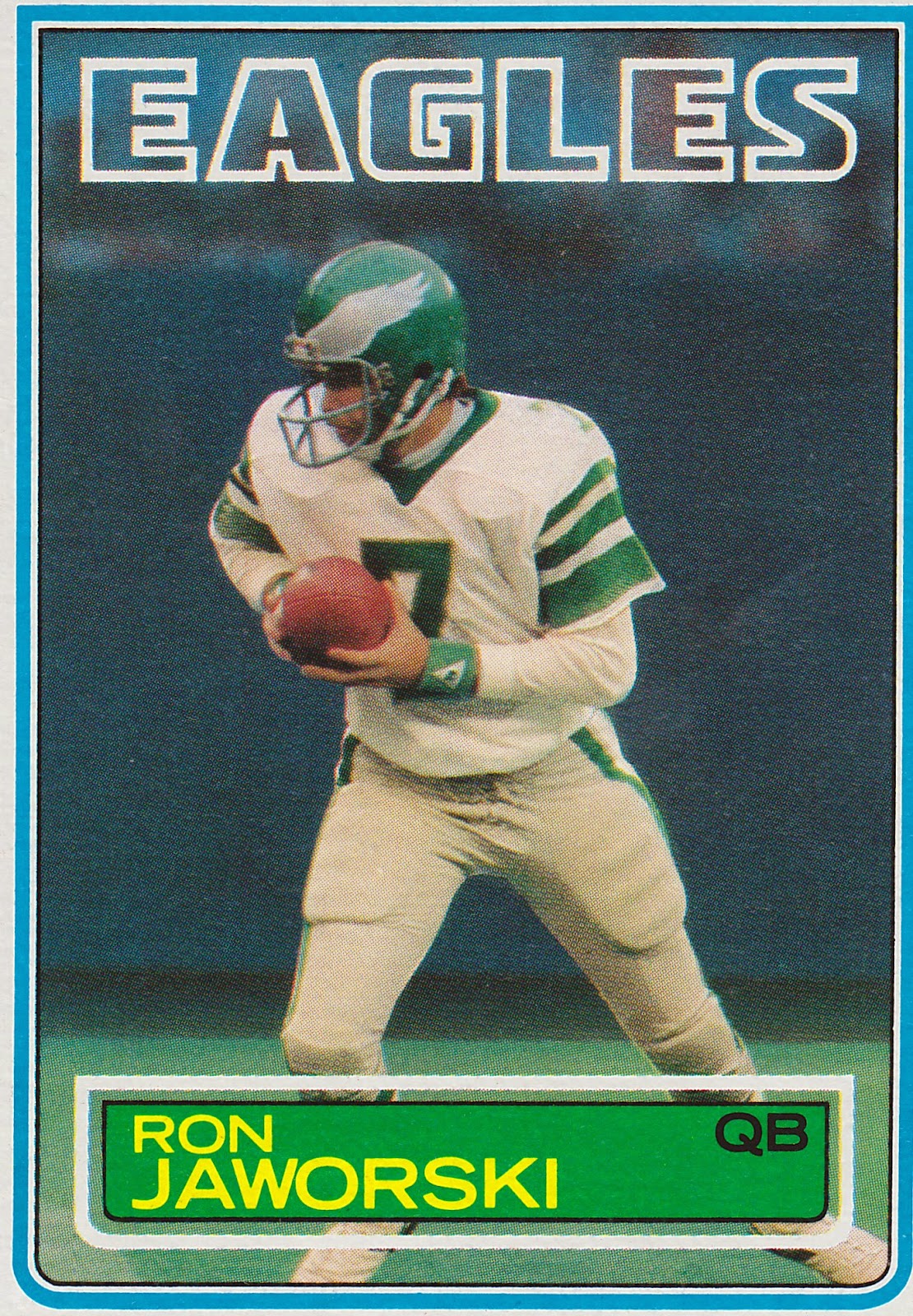 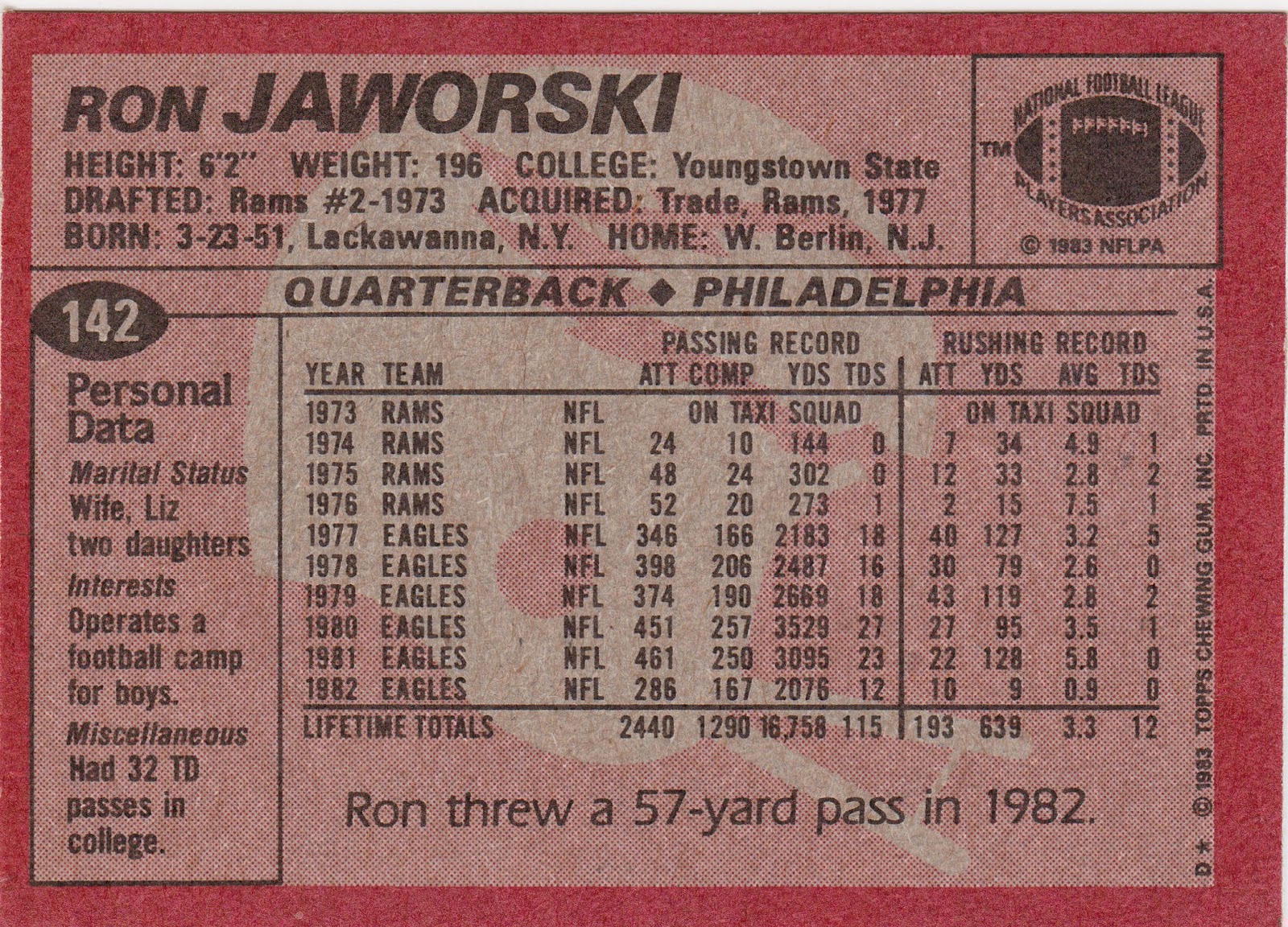 
NFL Info: Ron Jaworski aka 'Jaws' was drafted by the L.A. Rams out of Youngstown State in 1973. He splayed sparingly for three seasons in Los Angeles before being traded to the Eagles where he took over as the starter. In ten seasons with the Eagles Jaworski made a Pro Bowl and led them to the 1980 Super Bowl where they lost to the Raiders. He lost his job to Randall Cunningham in 1985 and played for the Dolphins and Chiefs as a back-up before retiring. He's owned and operated country clubs in the NY/NJ/PA region and worked for ESPN since his playing days.

Fantasy Angle: I had Jaworski in 1984 and started him twice after stuggling through a slow start by Tommy Kramer and then Warren Moon. Jawaorski didn't produce a point for me in either game so I dealt him off for a future draft pick which I packaged in a deal with Eric Dickerson in a trade to acquire Dan Fouts. It was one of the biggest trades in our leagues' history. Fouts helped but I still fell short of the playoffs.

The Card: Pretty standard Topps mid-80s card here. Jaws turns to hand off the ball wearing the Eagles road uni of the day which I really liked. This outfit is much better than the crap they currently wear. The card design is OK, the photo is OK, the back is OK, so I'm OK with it.
Posted by Commishbob at 6:00 AM