Some '64 Topps Giants Hall of Famers 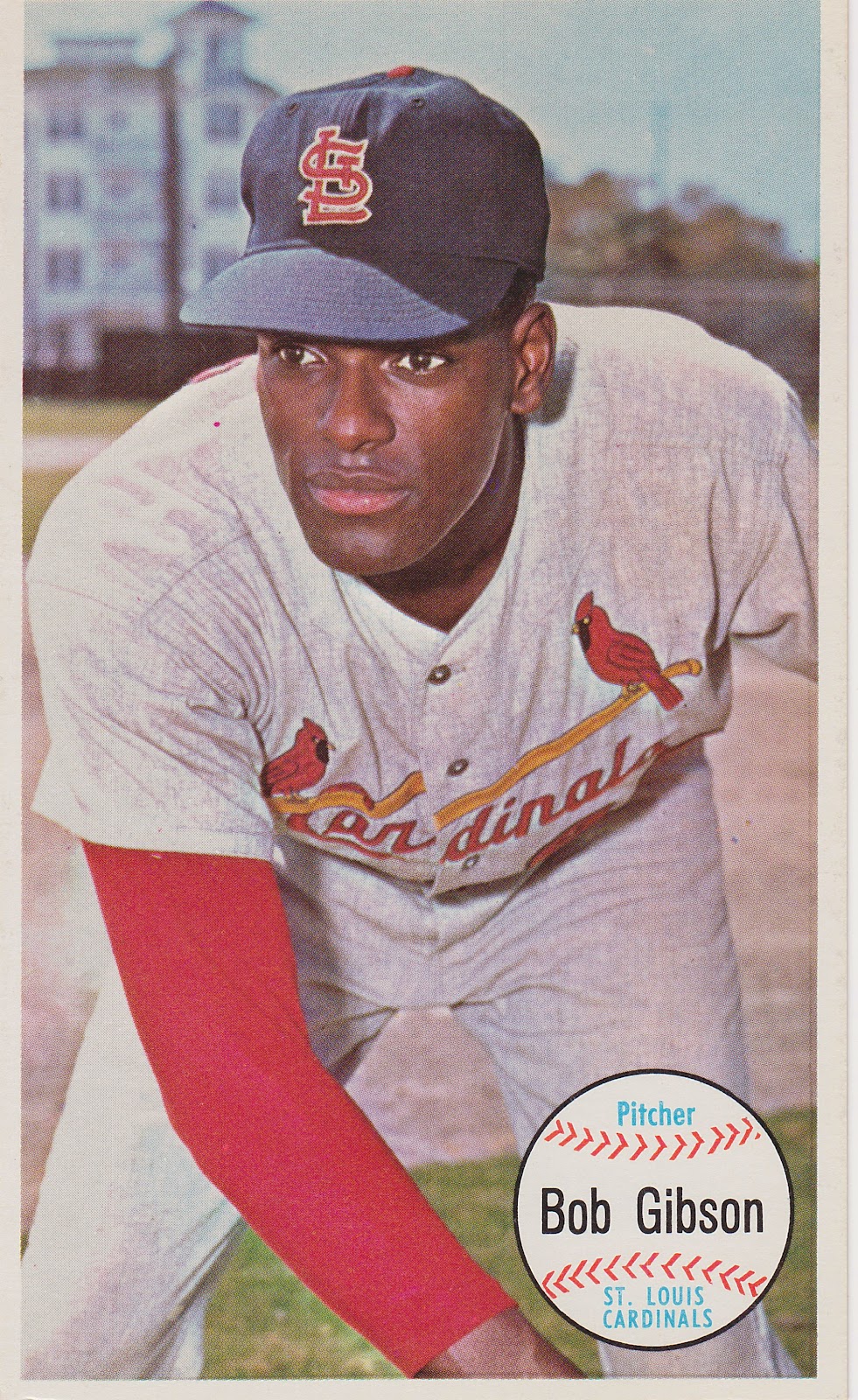 Sorted and scanned a bunch of my '64 Topps Giants cards. I'm still 10 short of completing it but I plan to knock it off this summer when I'll have more time.

I'd love to know where the Bob Gibson shot was taken. That looks like a hotel in the background. Maybe Spring Training. I loved watching Gibson but I've told my Gibson stories a few times already so I'll spare you a repeat. 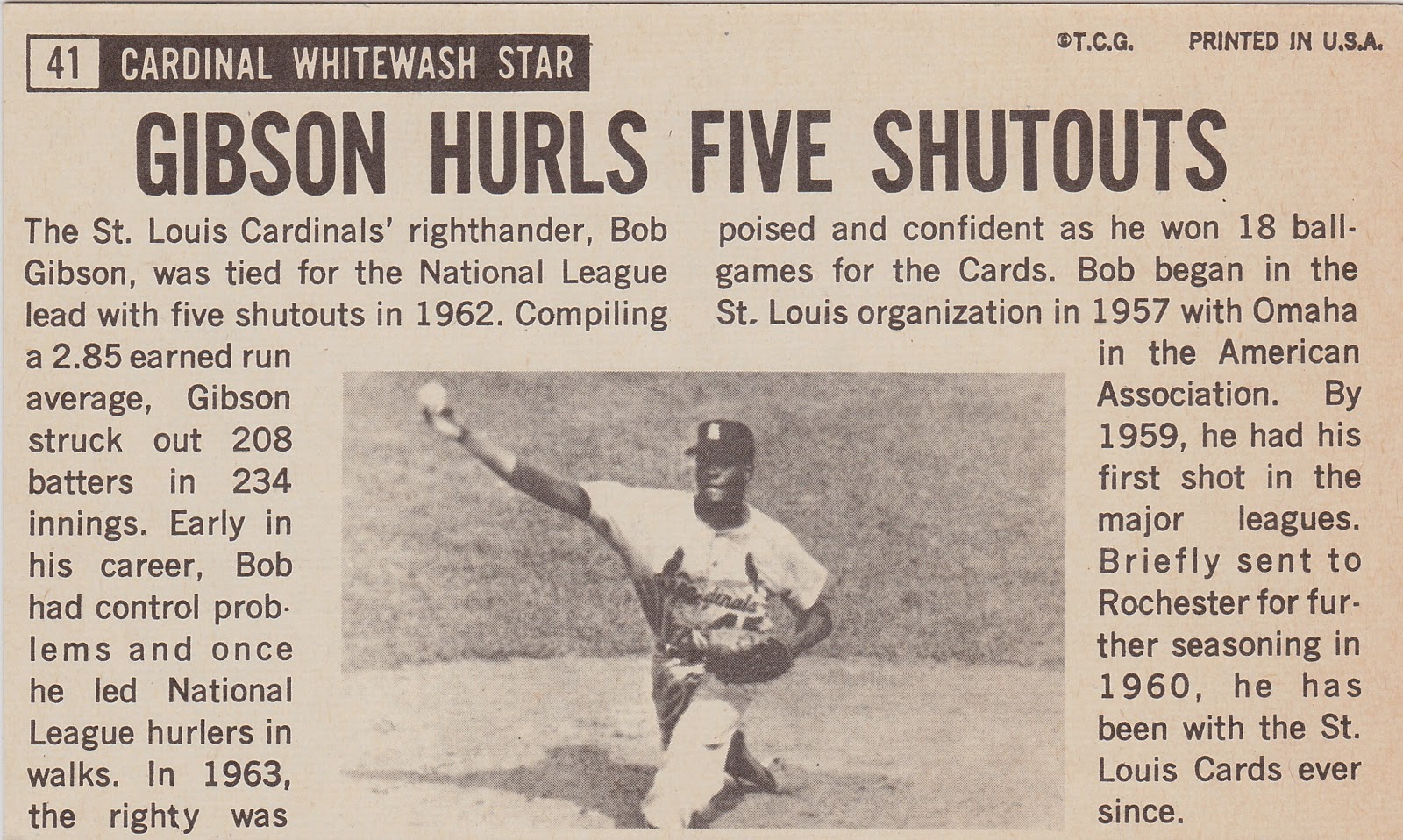 Ron Santo was elected by the Veteran's Committee a few years ago. He had a real 'cult' backing his bid for election. I'm glad he made it. 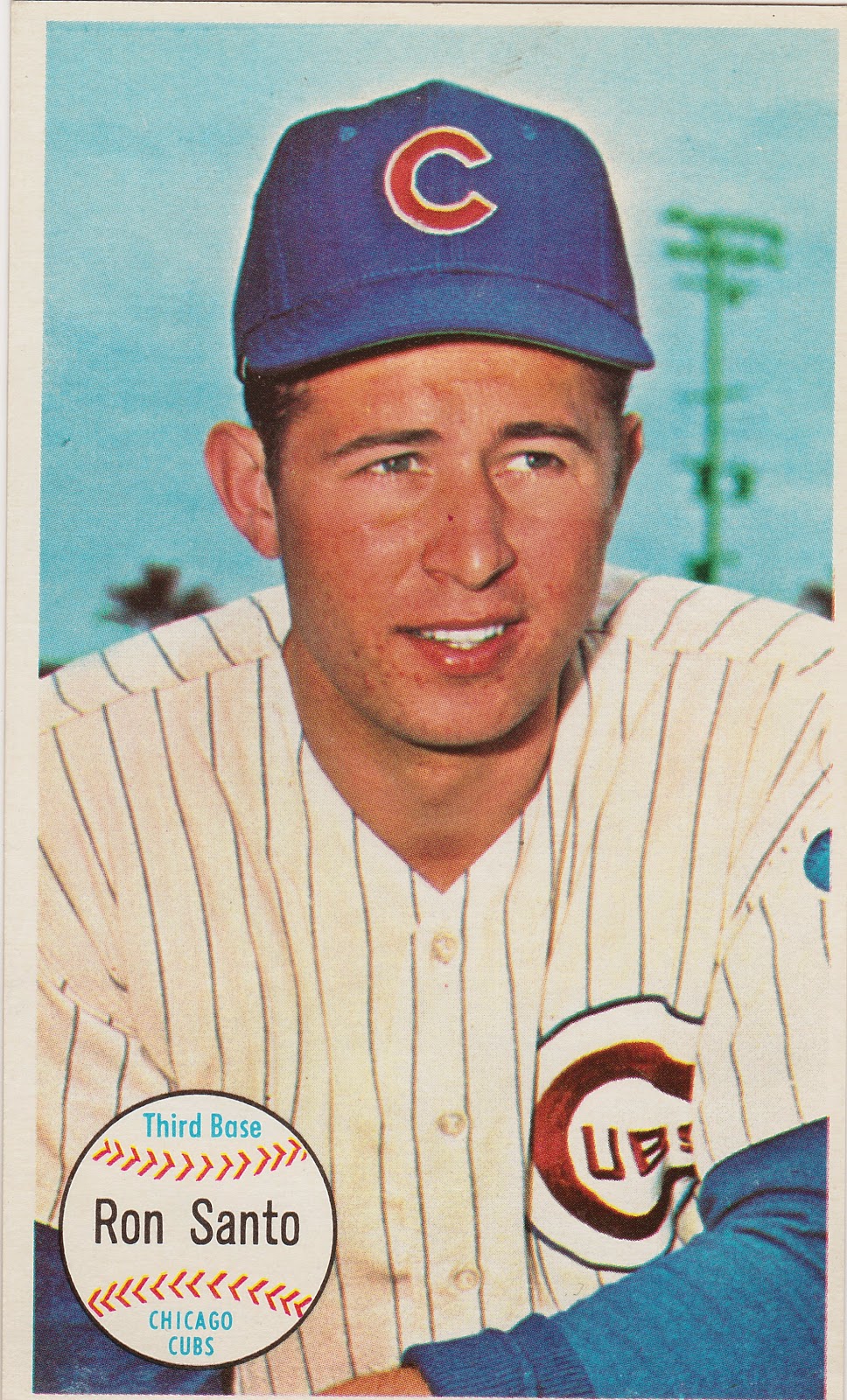 Juan Marichal. This linked SI story about the epic Marichal-Spahn duel in July of 1963 is a great read! 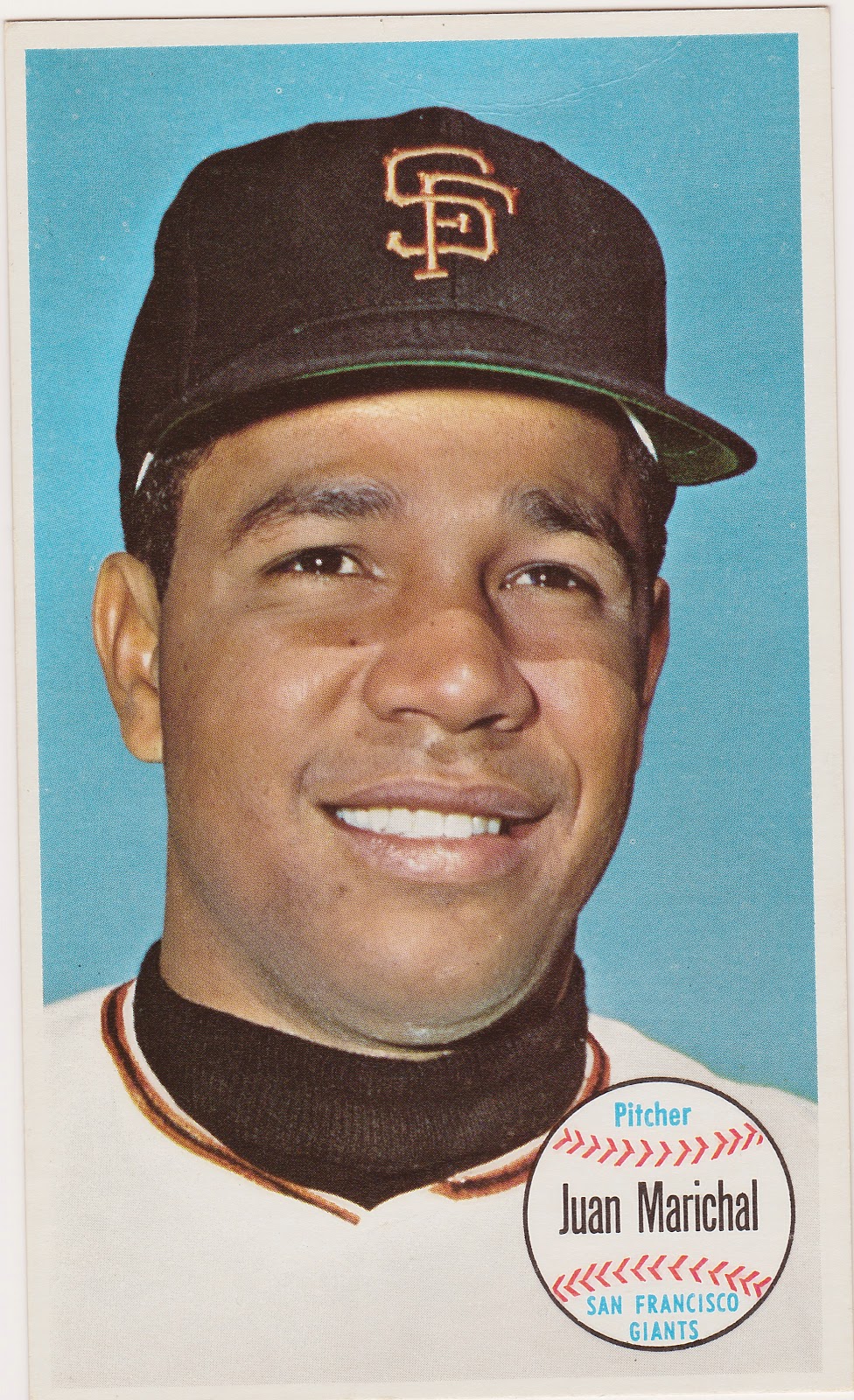 Frank Robinson. I have so much 'Robby as an Oriole' stuff that sometimes seeing him in Reds gear makes me blink once or twice. Gorgeous uniform though, isn't it? 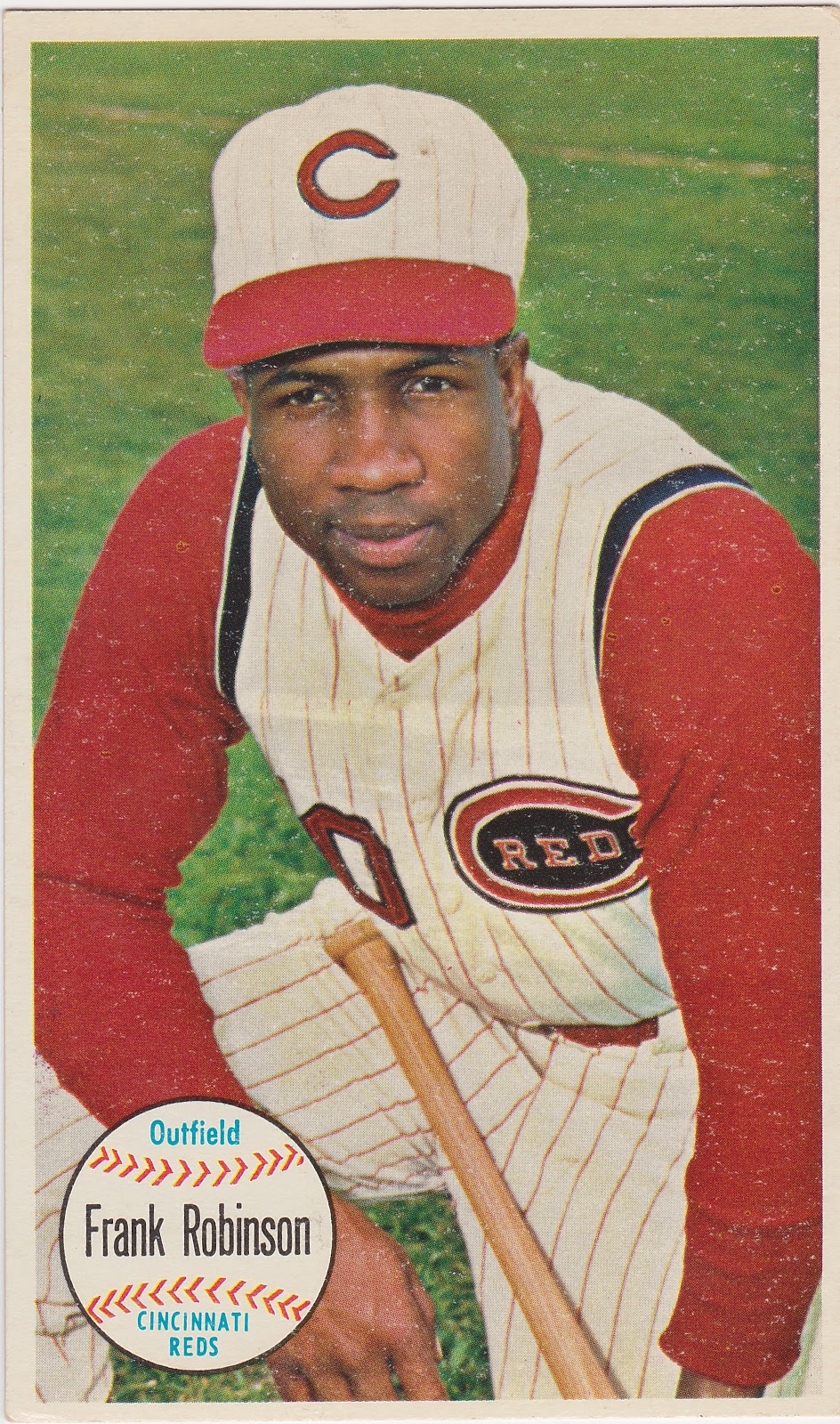