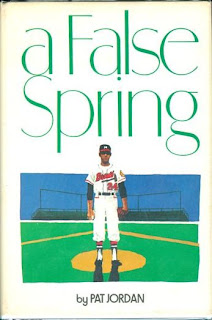 With my Spring Training trip looming I had to decide on a book to take along. I read on planes, and at my age I won't be partaking of Florida's night life so I need something to do in the evenings at the hotel. My choice was pretty easy actually. What better book to take along than one that centers on Spring Training in the fifties and the experiences of a young once promising prospect who failed at the game but found a better calling. Pat Jordan's A False Spring is, in my humble opinion, the best baseball book ever. It's certainly my favorite and one of the best books of any kind I've ever read.

I did a quick review of it over on my '59 blog a few years ago. I'll take the liberty to reprint some of that post here:

Pat Jordan was a high school phenom who, in the late 1950s, was signed to a large bonus by the Milwaukee Braves and began pursuing his dream of a big league career. It was a dream he never realized and one he chronicles in 1974's A False Spring, not just my favorite baseball book, but my favorite book, period. I read it when it was published and have reread it several times. I usually donate or give away books once I'm through with them. I still have my original copy of this one. A False Spring is raw, funny, fascinating and sad. And it was written by one of our best writers, who as it turns out, has a reputation as an ass.
Jordan has written for Sports Illustrated, The New York Times Magazine and numerous publications and outlets. He has other books including A Nice Tuesday which deals with his life beyond the end of his baseball 'career'. I've read it and enjoyed it, but despite Jordan's curmudgeon-ish claim that it's a better book, I found to be less enjoyable. Yes, he's a prick, but he's a fantastic writer. Here is an excerpt from A False Spring:

I see myself daily as I was then, in a photograph on the desk at which I write each morning in my attic room. The photograph was taken on June 27, 1959 at County Stadium in Milwaukee, a few minutes before the Braves were to take the field against the Chicago Cubs, to whom they would lose that day 7-1. I am standing halfway between the first-base line and the home team's dugout. Behind me are the stadium's half-filled bleachers. I am wearing a Braves uniform. Although the photograph is in black and white, I see all the colors. My cap has a navy crown, a white M and a red bill. My flannel uniform is the color of cream. Shirt and pants are trimmed with a half-inch-wide, three-part stripe of black, red and black satin. The word Braves is scripted in red and outlined in black at a slight upward angle across the front of the shirt. Beneath the script is a black and gold tomahawk. Below the tomahawk in the left-hand corner of the shirt are large block numerals: 24. They, too, are in red and outlined in black. Unseen in the photograph, but clear in my mind's eye, is the small gold patch stitched onto the shirt sleeve below my left shoulder. It is the face of an Indian of indeterminate tribe, contorted by a war cry. 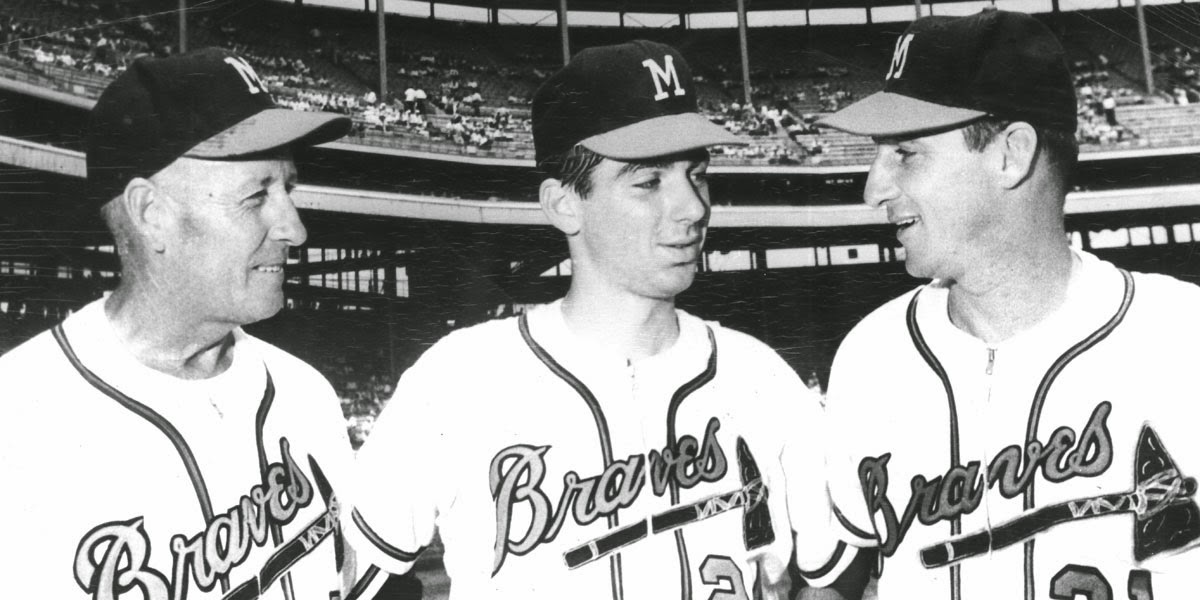 Standing to my right is Whitlow Wyatt, the Braves' 51-year-old pitching coach. Wyatt is smiling at me. My gaze, however, is directed to my left, to Warren Spahn, the Braves' great left-handed pitcher, who has just spoken to me. Both Spahn and I are perspiring. We had just finished running wind sprints in the outfield and apparently were on our way to the clubhouse to change shirts when we stopped to pose for this photograph. For whom? Some faceless fan leaning over the dugout roof, imploring, whose good fortune it was to catch us in an obliging mood? We strike up a pose—so casual—and wait for the camera's click. To pass this moment as he has innumerable others like it, Spahn, hands on hips, turns to me and makes some bit of small talk, a phrase meant only to fill this instant and lead nowhere. I listen. Nonchalantly, hands on hips also, I listen to Spahn. To Spahnie. To Spahnie who is talking to me, so much younger and yet, with my amused smile, looking so at ease. Today I am amazed at how truly at ease I do look, at how naturally, in that uniform, I did fit between those men, Spahnie and I, the best of friends, I, too, having done this small thing so often, having struck up this obliging pose for so many fans, waiting only for the camera's click before tossing off a remark at which Spahnie and I would laugh on the way into the clubhouse to change our shirts.

I was 18 years old the day that photograph was taken. Actually it had been arranged by the publicity department of the Braves, with whom I had just signed my first professional baseball contract. The gaudy and impressive uniform was one reason I had signed with the Braves rather than any of the other 15 teams that had also offered me a contract. There were other reasons. The Braves had agreed to pay for my college education, to pay me a salary of $500 per month during each baseball season, and to deposit in my savings account every June 27, for the next four years, a certified check for $8,750. All told, my bonus amounted to more than $45,000 distributed over a four-year period. It was one of the largest bonuses—if not the largest—any young player received from the Braves in 1959.

For my part I promised to leave Milwaukee the following morning on a flight to McCook, Neb., where I would begin my professional career as a pitcher with the McCook Braves of the Class D Nebraska State League. I pitched in the minor leagues for three years, in such towns as McCook, Davenport, Waycross, Eau Claire and Palatka, before I was given my unconditional release by those same Milwaukee Braves. I never did pitch a game in Milwaukee's County Stadium, nor did I ever again speak to Warren Spahn. I did, however, keep the cash.

Along the way we get tales of Jordan's days in camp, rooming in the low minors with future big leaguer Ron Hunt and a lot more. Read it if you get a chance. I promise you'll enjoy it or your money back. It's available from Amazon for as little as ONE PENNY plus shipping. 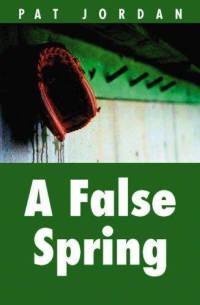