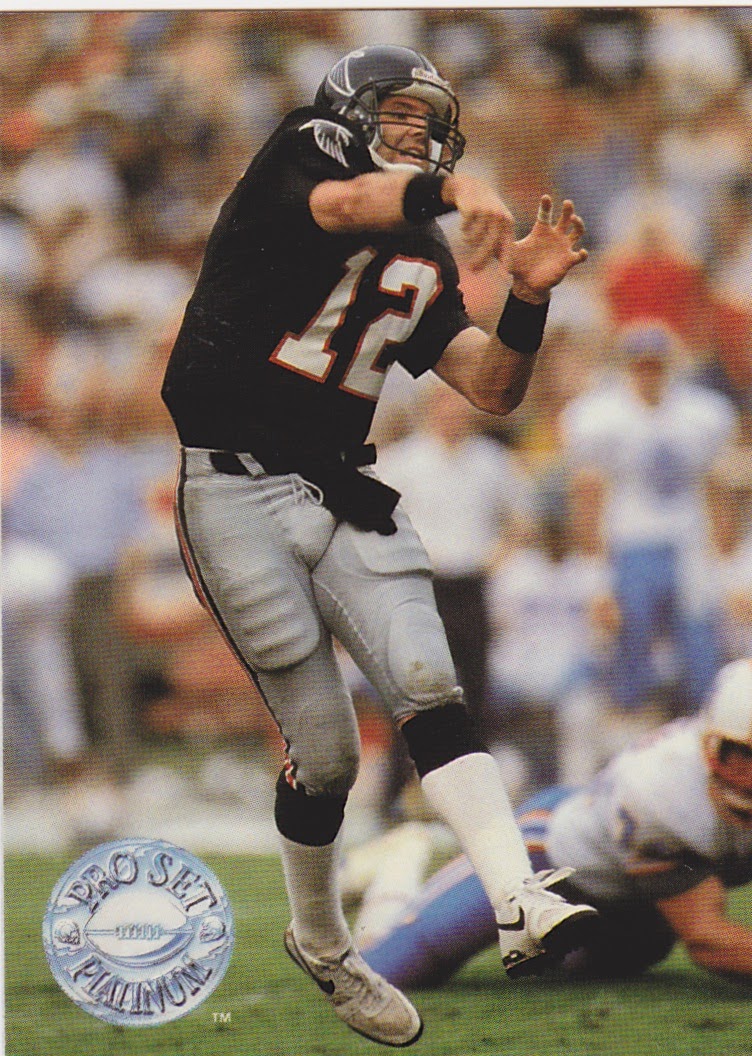 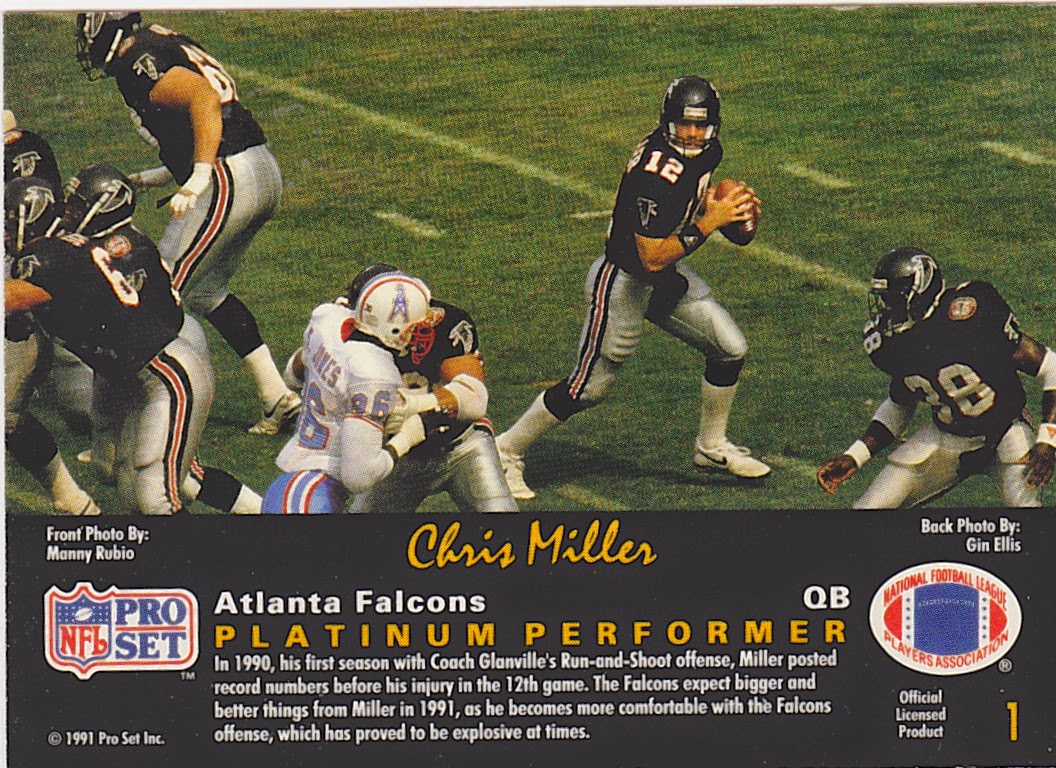 
NFL Info: Oregon Duck Chris Miller spent ten seasons in the NFL, mostly with the Falcons and Rams. He held the Atlanta starting job for five seasons beginning with his NFL sophomore year, 1988. He made the ALL Pro squad in 1991 but was injured and being phased out in 1993 by Jerry Glanville. He moved on to the Rams for a couple of seasons as the starter and a then was the Bronco's back up for a year before retiring to the college and NFL coaching ranks. He was inducted into the Oregon Sports Hall of Fame in 2005.

Fantasy Impact: In 1991 I opened the season with Jim Everett as my starter. I sat patiently was he failed to score a single point in the first five weeks of the season (TD-only league back then) and I muddled along at 1-4. I finally got sick of Everett, hit the waiver wire hard, and went through three other quarterbacks over the next month. I was 4-7 when I decided to roll with Miller over the final weeks and he had the two best QB weeks I had that season. I still missed the playoffs but I gained a little self respect. LOL

The Card:  I love everything about this card except the fact that the player's name isn't on the front. I know that some of the classic sets of the past had no-text fronts but if you're going to put the set logo there you might as well put the player's name there as well.

But that's a small quibble. I like both photos Pro Set used and the card has a decent layout on the reverse. No stats but stats are for base cards anyway. Swap out the huge Pro Set and NFLPA logos for team ones or helmets and this card is even better.

I'll always say Pro Set is the least appreciated card company ever.
Posted by Commishbob at 7:00 AM