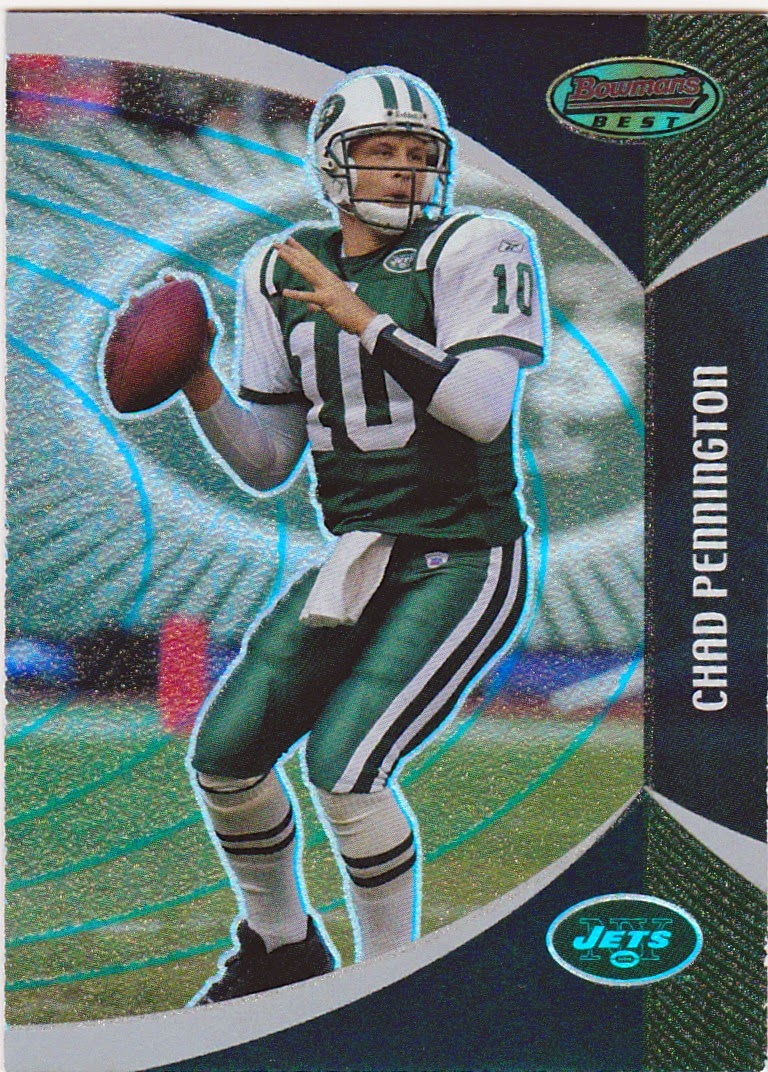 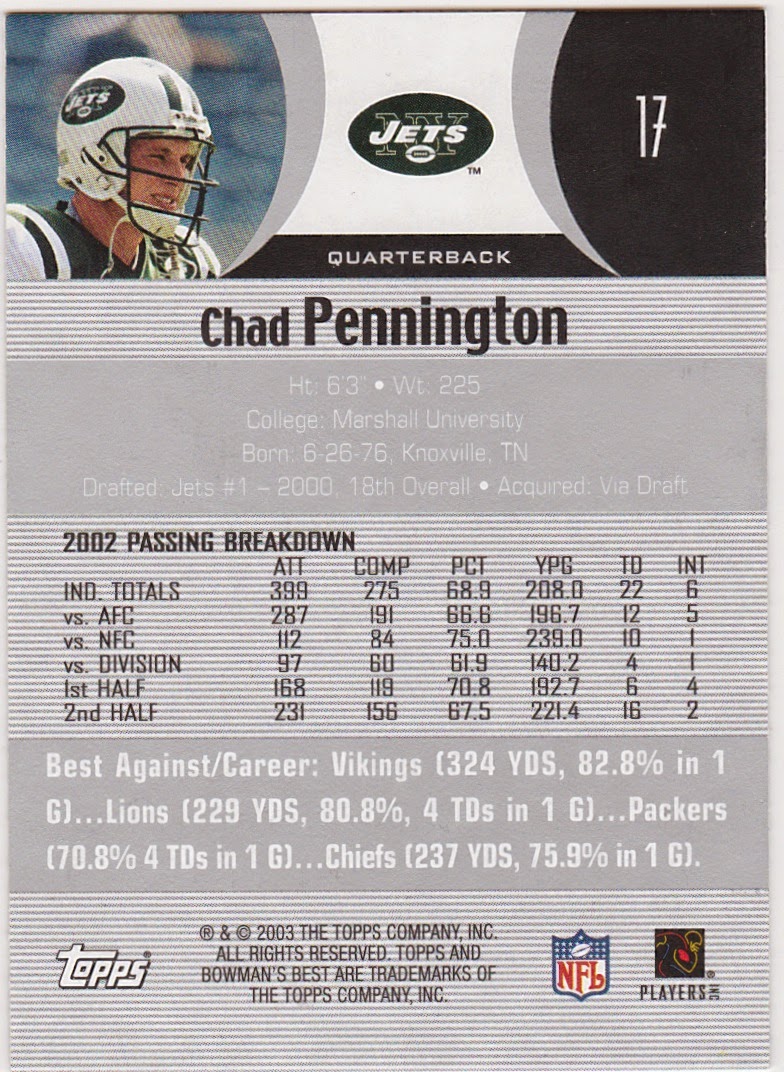 
NFL Info: Chad Pennington came out of Marshall University in the 2000 NFL draft. The Jets took him with the 18th pick of the first round. After a couple of years as Vinnie Testaverde's back-up he took the #1 job in 2002 and led them to the playoffs in three of the next six seasons. In 2002, his first as a starter, he led the NFL in completion pct. and QB rating.

He spent three seasons with the Dolphins after his Jets tenure and in his one year as their starter he led them to a playoff berth as well. Overall he had a 44-37 W/L as an NFL starter. He was twice the Comeback Player of the Year.

Fantasy Impact: Pennington was one of a slew of QBs I ran through in 2003. He got two starts late in the season. I was out of the running for the playoffs so it didn't matter much who I started.

The Card: I always have to remind myself that Bowman=Topps. Anyway this isn't an awful card, especially if you like swirly, curvy, shiny chromey stuff. Two different pictures is a plus.
44
Posted by Commishbob at 6:30 AM