The big 5x7 Dexter Press photos are among my favorite memorabilia items. I love the clear colorful shots of my Orioles taken during the franchise's glory days of the late 60's. OK...so '67 and '68 were not so good but you get the idea.

Each shot was taken in the exact same spot on their spring diamond in Miami. I've shown most of them but I don't think I ever posted these two. 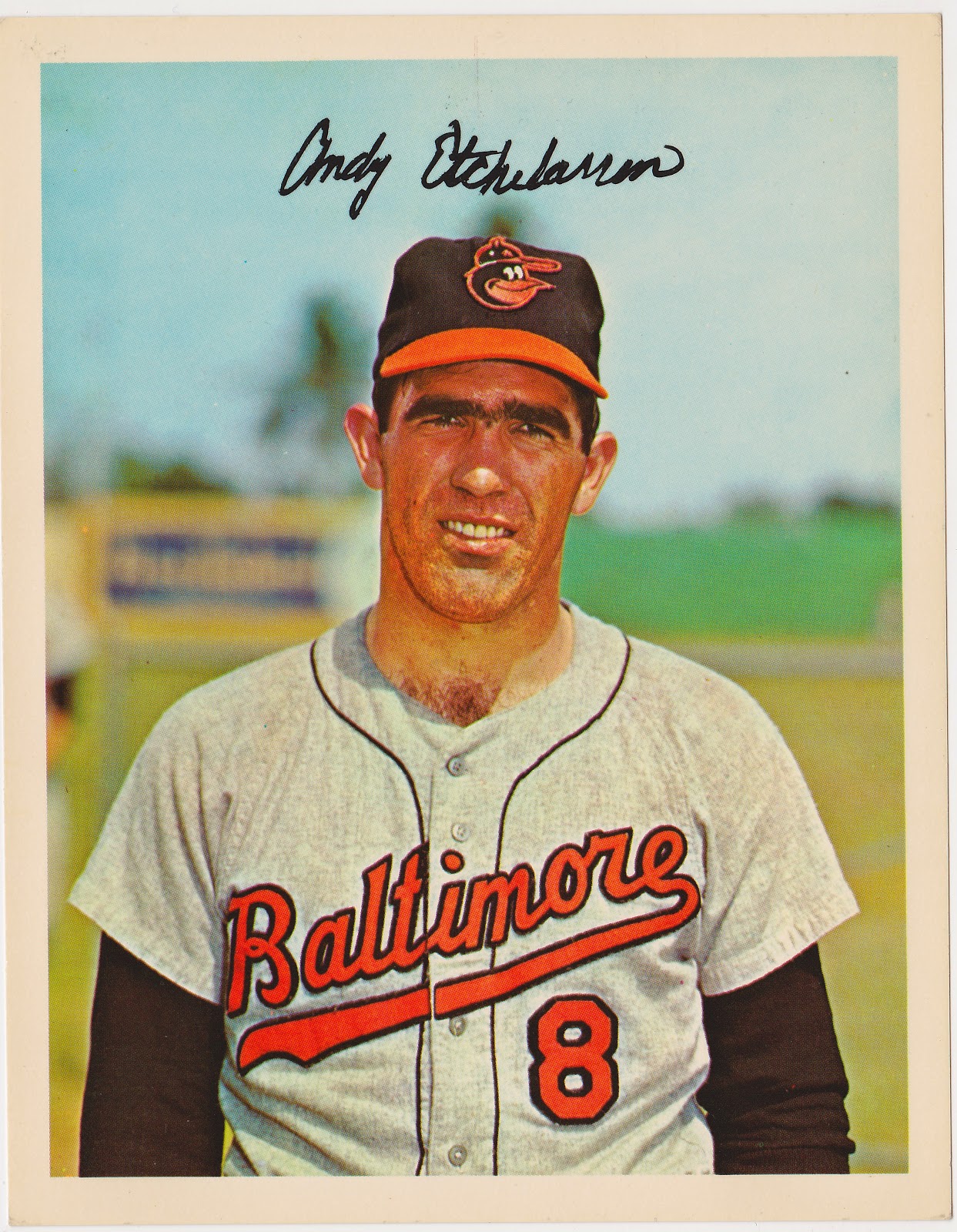 Andy Etchebarren played on four Orioles World Series clubs. He won two rings. He was an All Star in 1966 and 1967, the two years he spent as the nearly full time starter. For the rest of his time with the Birds he was a platoon catcher. Etch was a coach and manager, primarily in the minors until he retired a couple of seasons back. 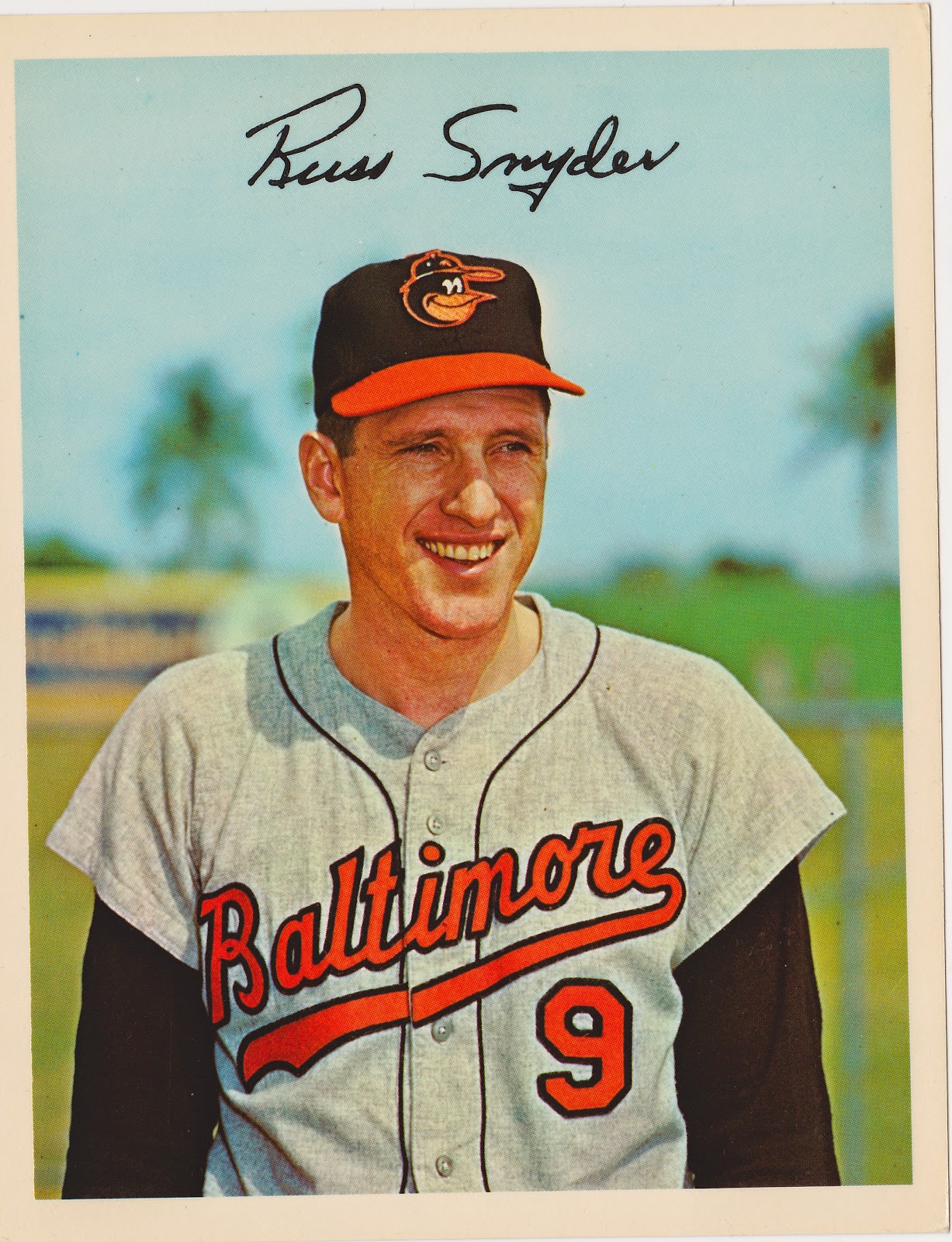 Russ Snyder played seven seasons with the Orioles, mostly as a starting outfielder. He hit .280 during his stint in Charm City. He was no All Star but he was a solid dependable player.
Posted by Commishbob at 7:00 AM