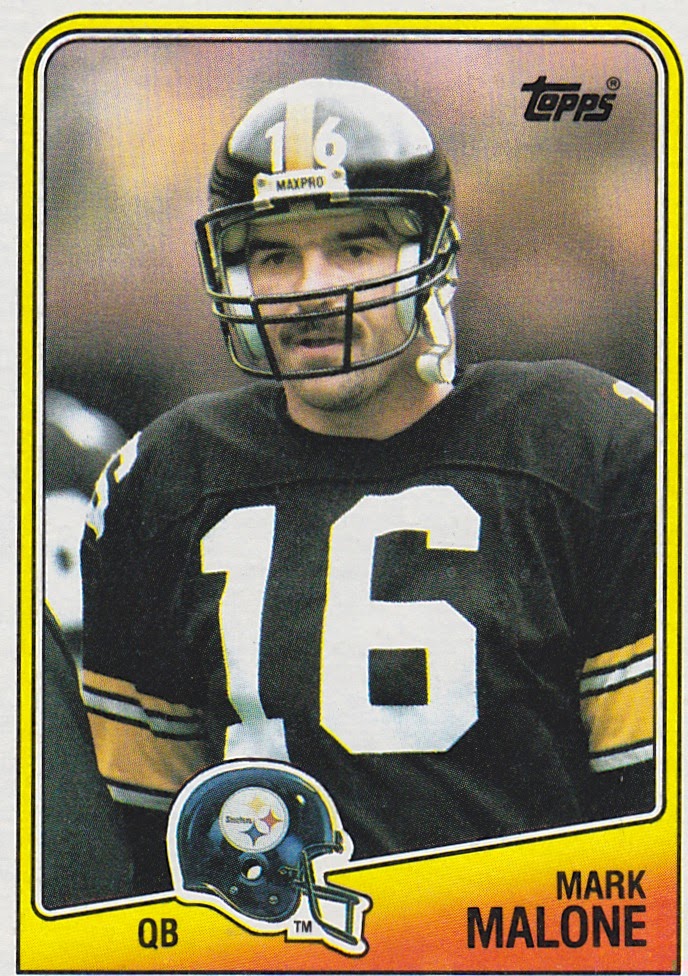 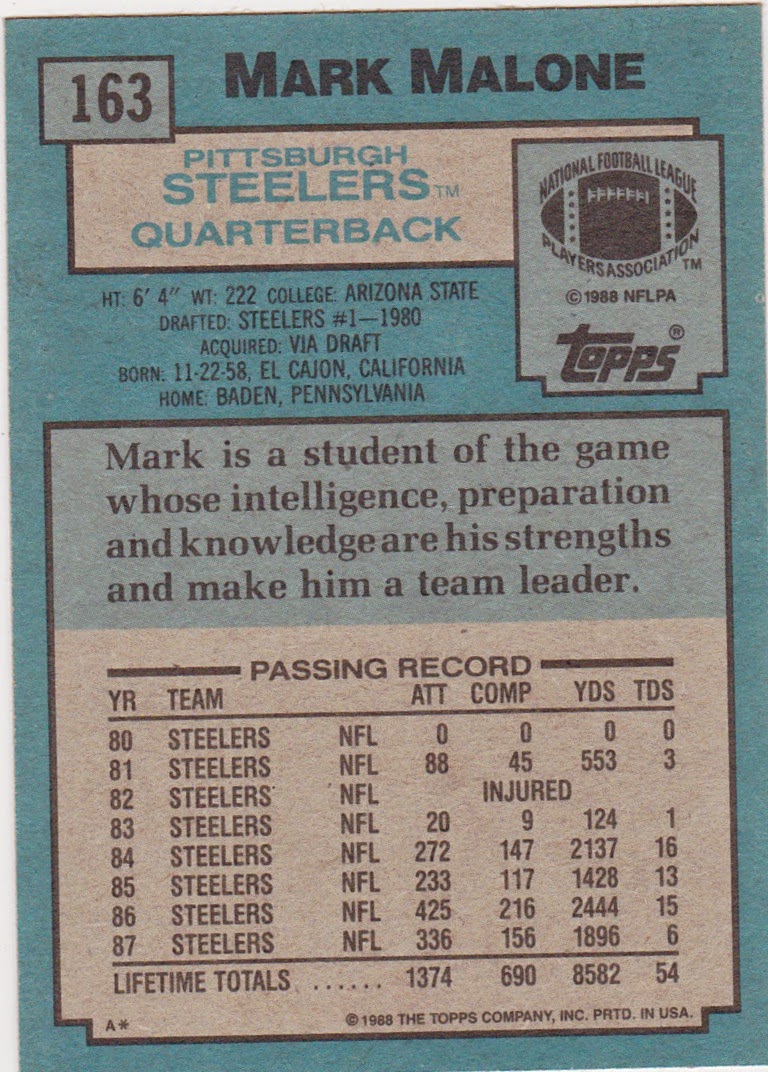 
NFL Info: Coming out of Arizona State Mark Malone was the Steelers' first pick in the 1980 draft. He's one of very few (I'd guess) NFLers that were pursued by the USOC as a decathlete. He watched from the Steelers bench for a couple of years until grabbing the starters job away from Cliff Stoudt in 1984. He held the job, except for some injury time lost, for four seasons and accumulated mostly middling numbers. He did however get the Steelers to the 1984 AFC Title game where they lost to the Dolphins.

Malone was dealt to the Chargers for 1988 and started eight games during his one season there in San Diego. He retired after spending 1989 with the Jets as a reserve. He has been a broadcaster with many different roles since his playing days. He currently works for NBC, Westwood One and a few other outlets.

Fantasy Impact: Malone started a game for me in 1986. My regular starter, Ken O'Brien was coming off a four TD game and yet I, in my infinite fantasy wisdom, sat him for Malone in Week 4. I won that game, and the next four with O'Brien sitting on my bench, but I really can't imagine why I did what I did. I went 11-3 that year and had one of my best seasons but with bonehead moves like that, I have no idea how.

The Card: I happen to like the 1988 Topps design. They obviously had the NFL license after many years in the airbrushed logo desert  and as a result the Steelers' helmet is front and center. The colors mimic the uniform, the picture is decent and the back provides the necessary stats and player data. All in all Id give it a fairly solid thumbs up.