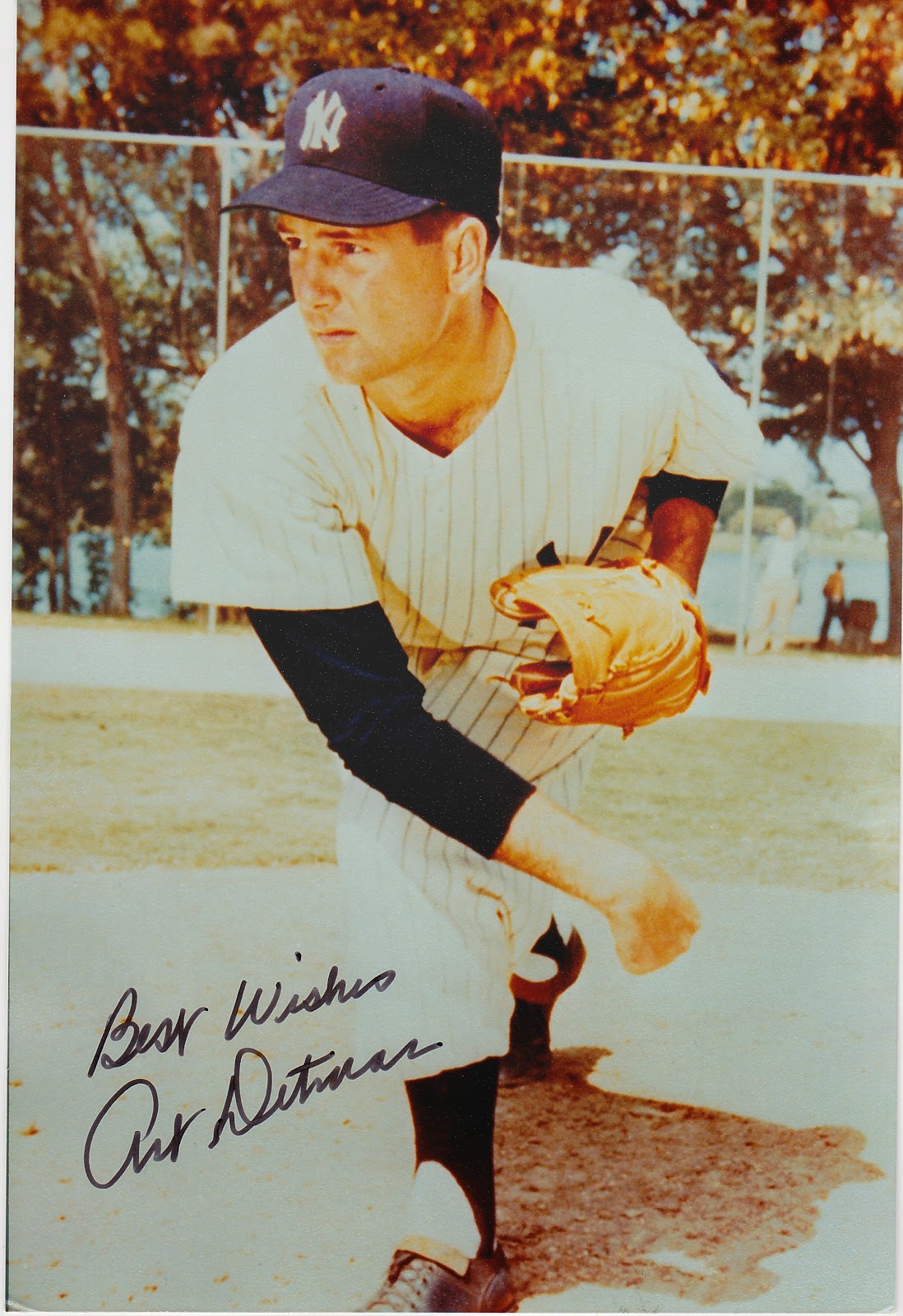 More spring goodness. This time a signed photo of Art Ditmar who pitched for the Yankees from 1957 thru the middle of 1961. His pinstripe days were bracketed by stints with the Athletics, the Yankees' 'kissin' cousins'.

I've have a decent Art Ditmar PC. Nothing exhaustive like my Pierce collection but I do have his base cards and a few oddballs. Back in 2012 I had an Art Ditmar Week post festival.

Prior to this week my last visit to Spring Training had come way back around 1975. Some friends and I visited Ft. Lauderdale and saw the Yanks play the Mets.
Posted by Commishbob at 7:00 AM