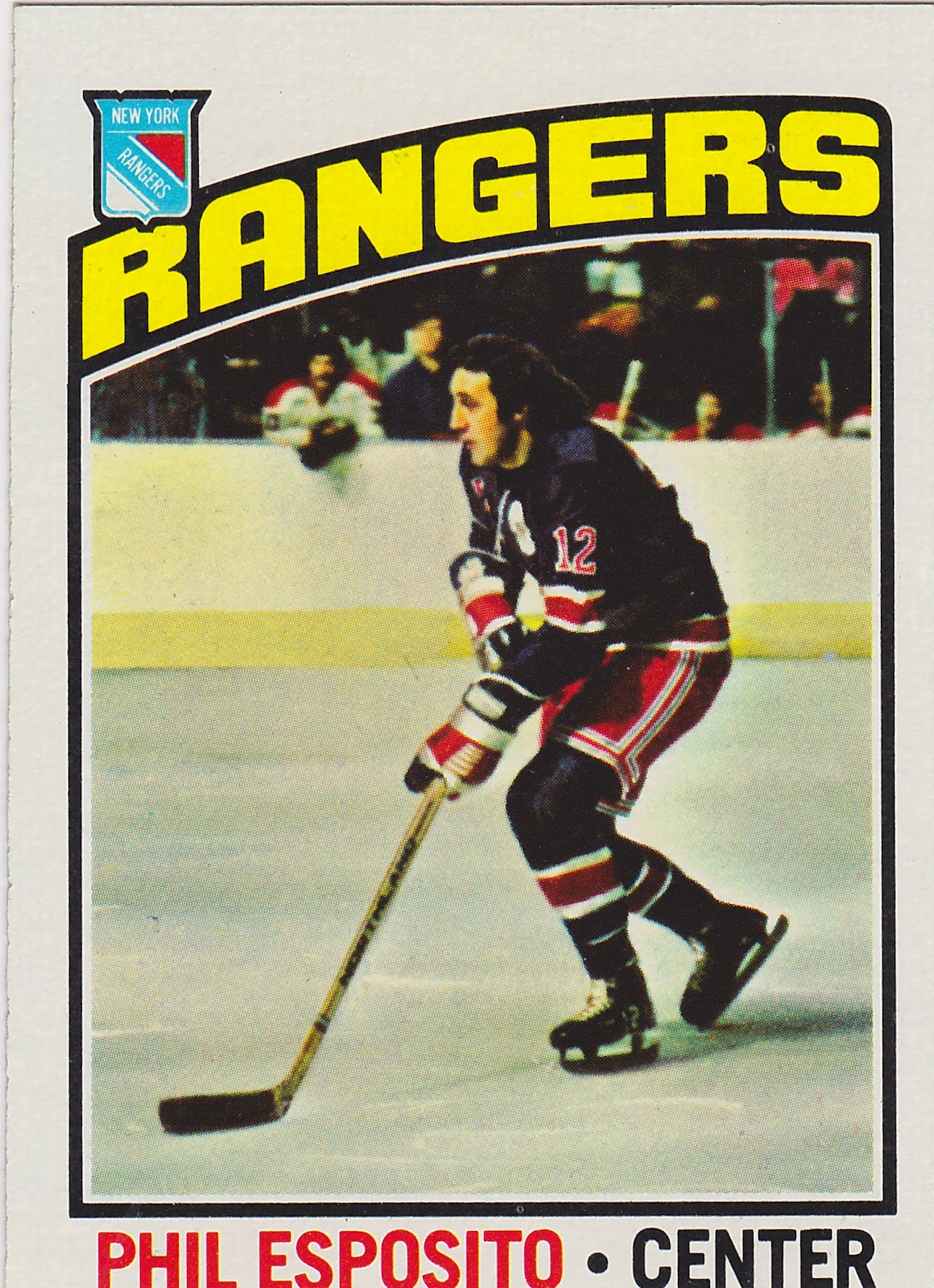 I bought these at the last card show I went to. I was looking for a theme here but I can't find one. So here they are, just vintage hockey cards.

I don't know why I buy cards of Phil Esposito as a Ranger, I really don't. I guess I'm just a glutton for punishment.

I loved Vic Hadfield as a player. I liked him so much that I pulled out this card from a dealer's box of quarter cards and bought it. Today I found out I already had it, and had posted it here previously. But it's already been uploaded into this post so it stays where it is. My buddies and I called him 'Two Sticks' because that's what Ranger TV play-by-play guy Win Elliot would call him when his mind froze and he forgot player names, which was often. 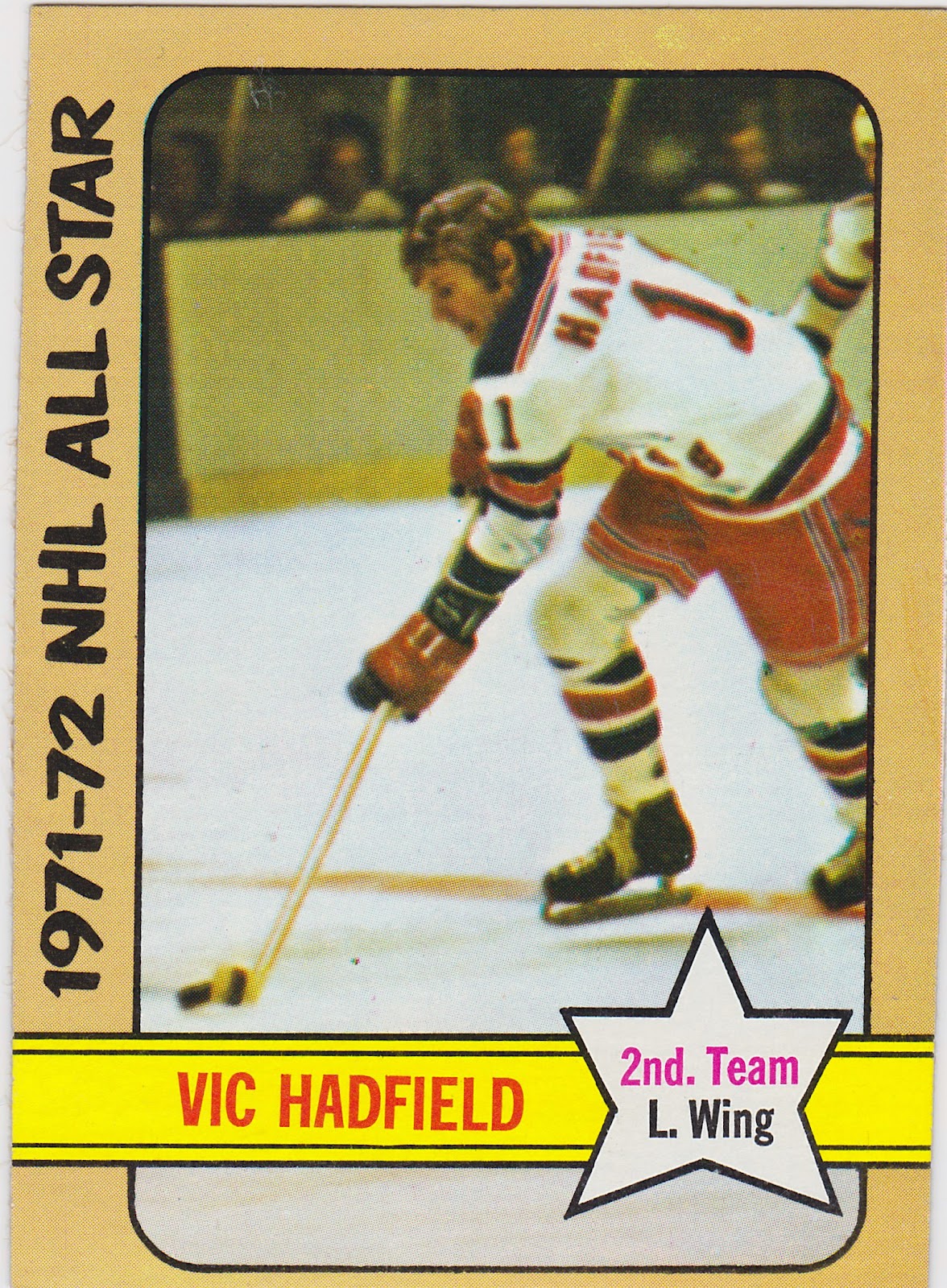 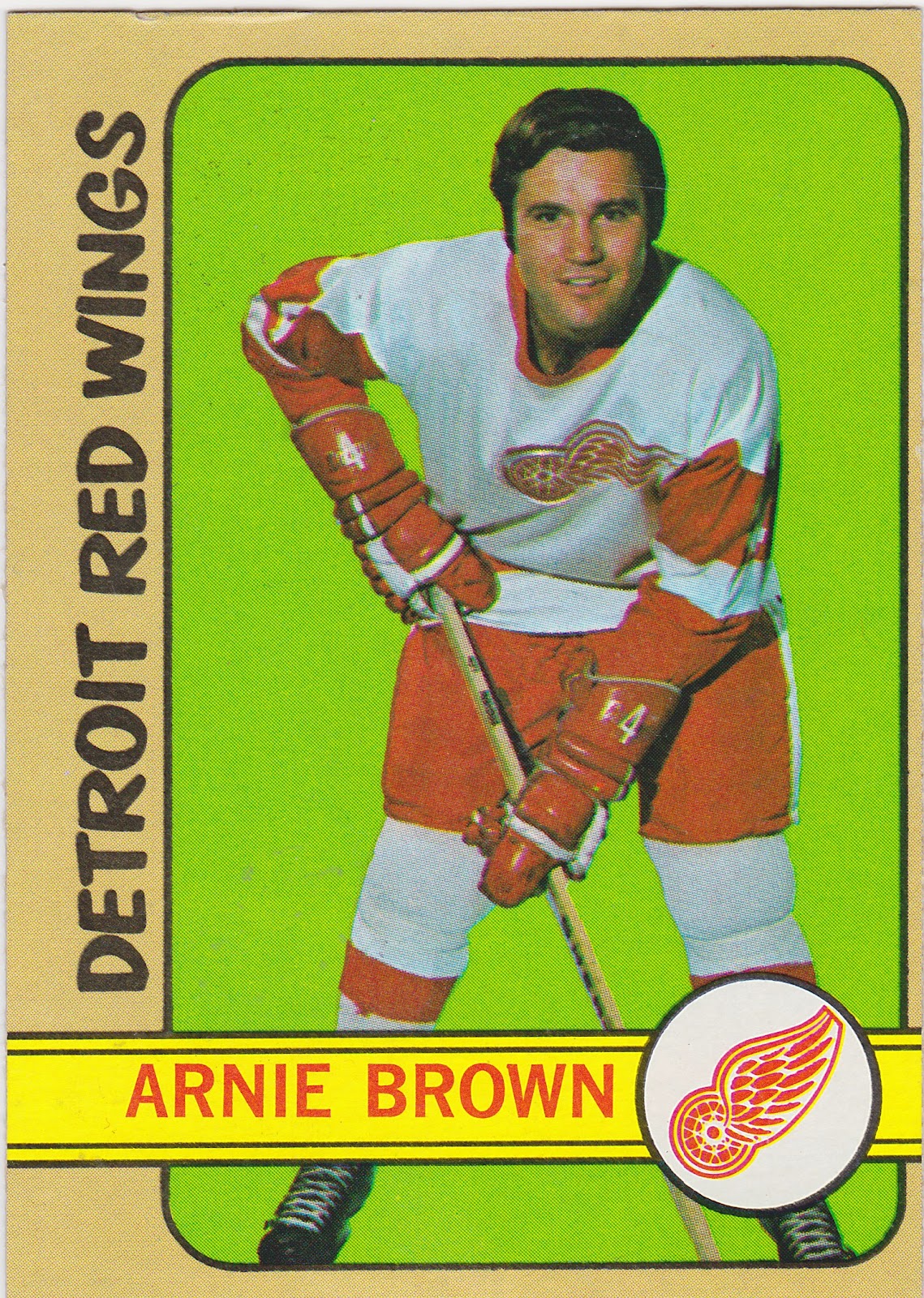 Ken Hodge was obnoxious. I have no idea why I bought this card. 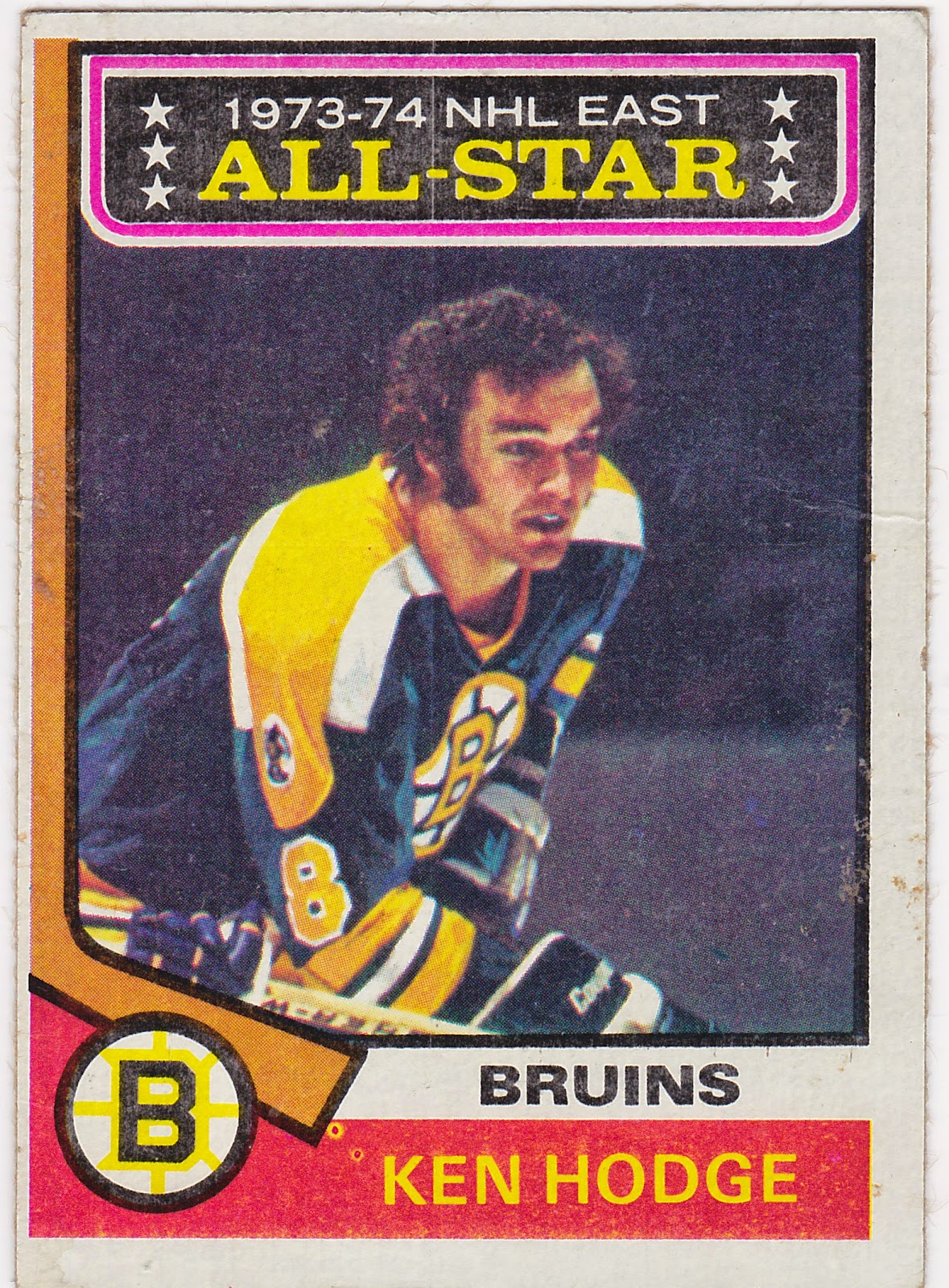 The story always went around that Roger Crozier would spend most of the pre-game puking his guts out. If I had to face Bobby Hull's slapshot with the crappy goalie equipment they wore back then, and no mask, I'd be puking, too. 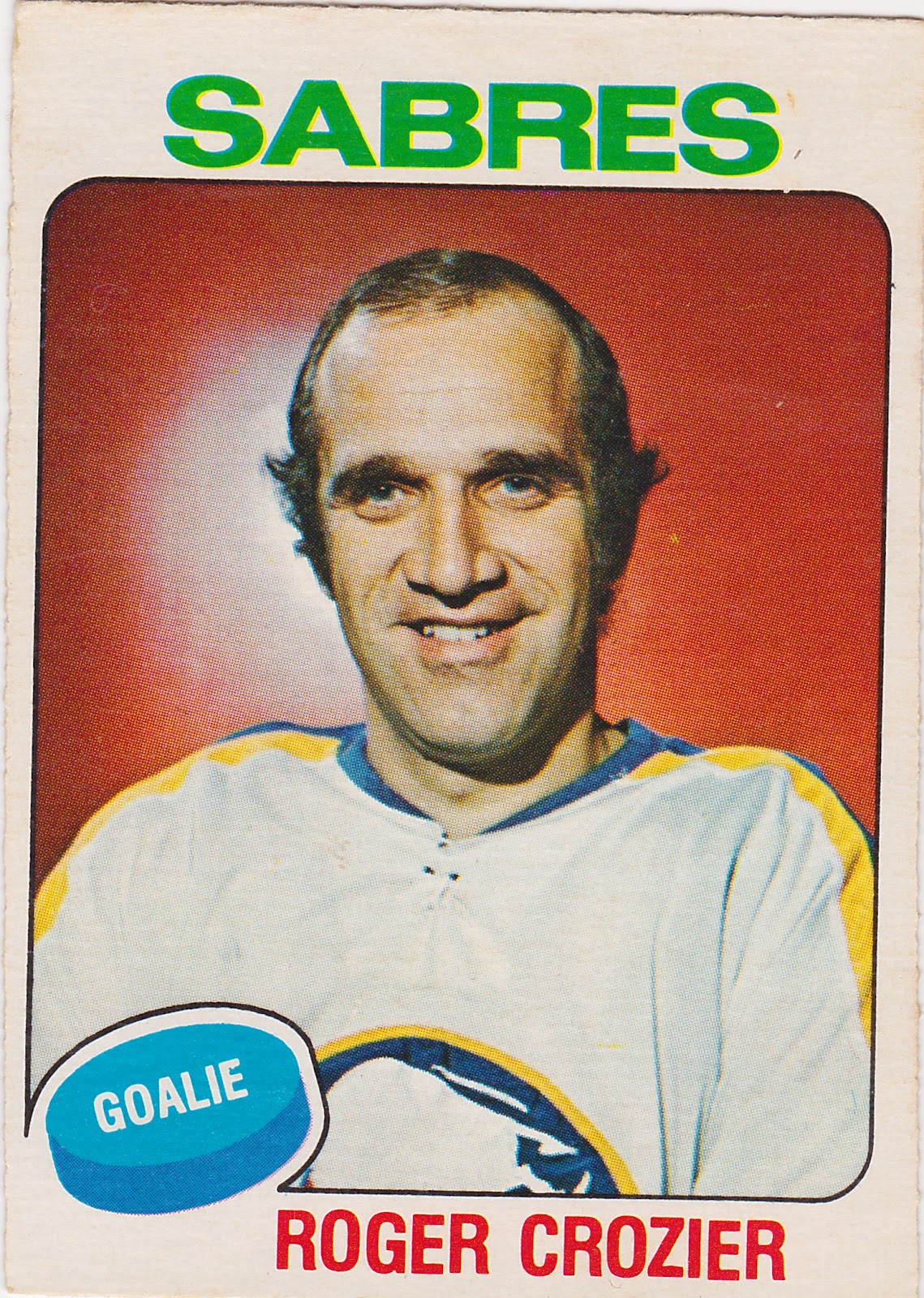 I love the French-English backs of OPC cards. Crozier played for Buffalo almost as long as he played for the Wings but I always associate him with Detroit. 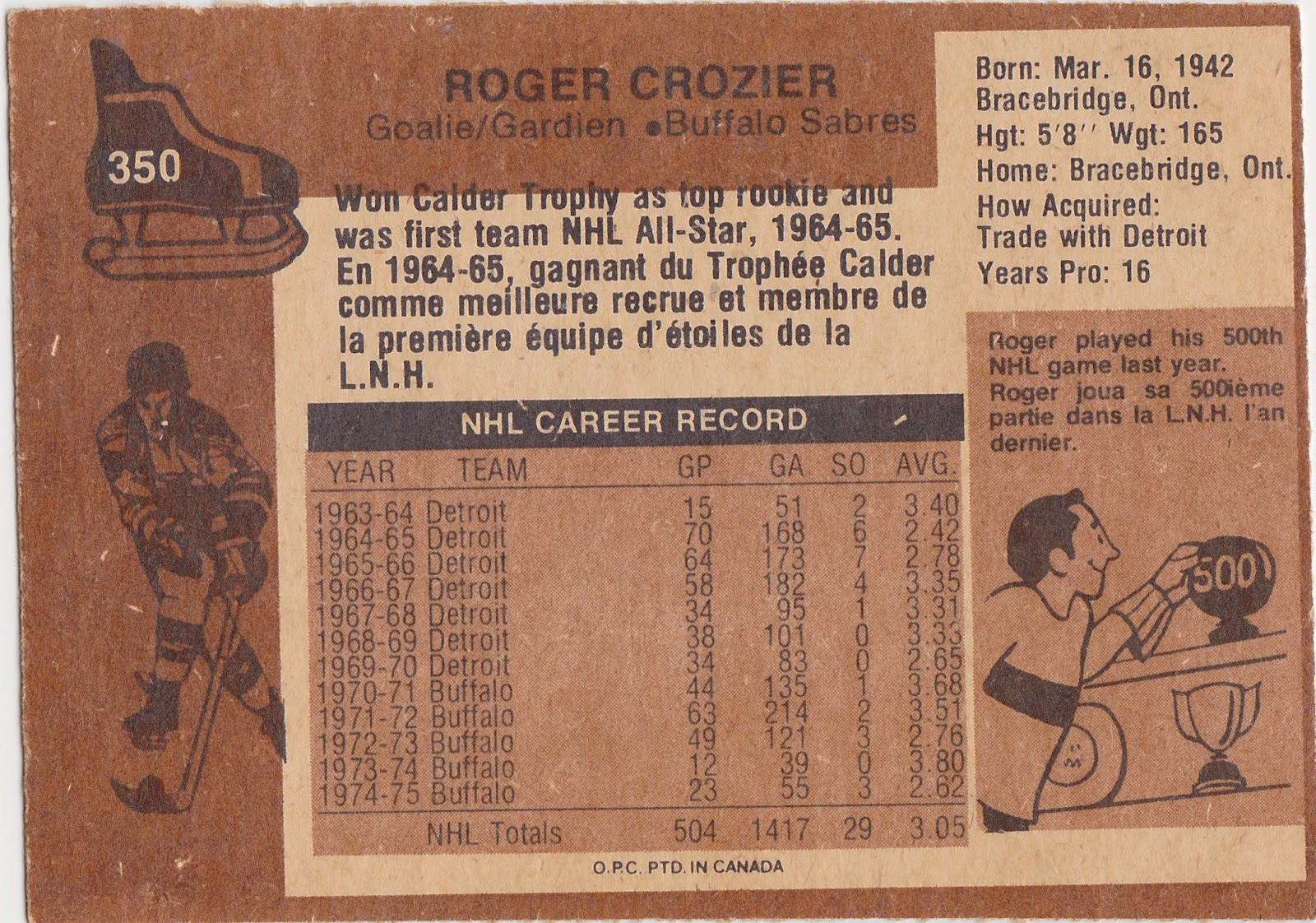