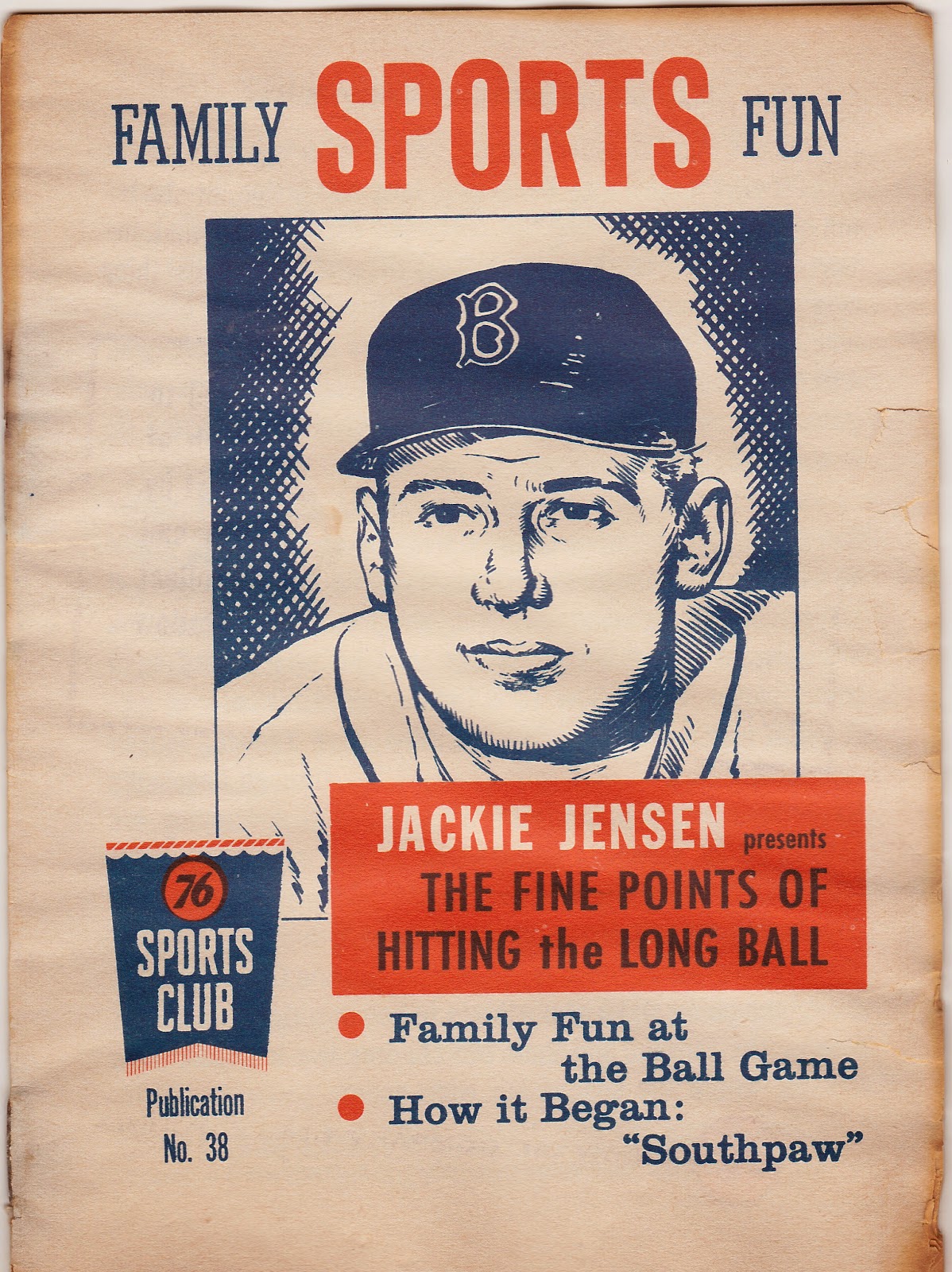 Even before I researched his '59 Topps card I'd gotten interested in the career of Jackie Jensen. He is a very unique guy, a Navy vet who starred at Cal in baseball and football, was at one time touted as Joe DiMaggio's heir apparent as Yankee centerfielder and retired early due in large part to his fear of flying.

His best days came with the Red Sox and he was the 1958 AL MVP. He won a Gold Glove, made several All Star squads and was garnering MVP votes most seasons.

This little eight page booklet is dated with a 1959 copyright and is part of a series sponsored by Union '76 Oil.

It's very fragile as you can probably tell, I was hesitant in putting it on my scanner but I think it's interesting enough to merit a post. I just opened a part of it and am showing six of the eight pages. Pieces were falling off as I turned the pages.

It fits my in my Jensen PC and my love of publications. I keep meaning to try and find more issues in this series but other things have priority. 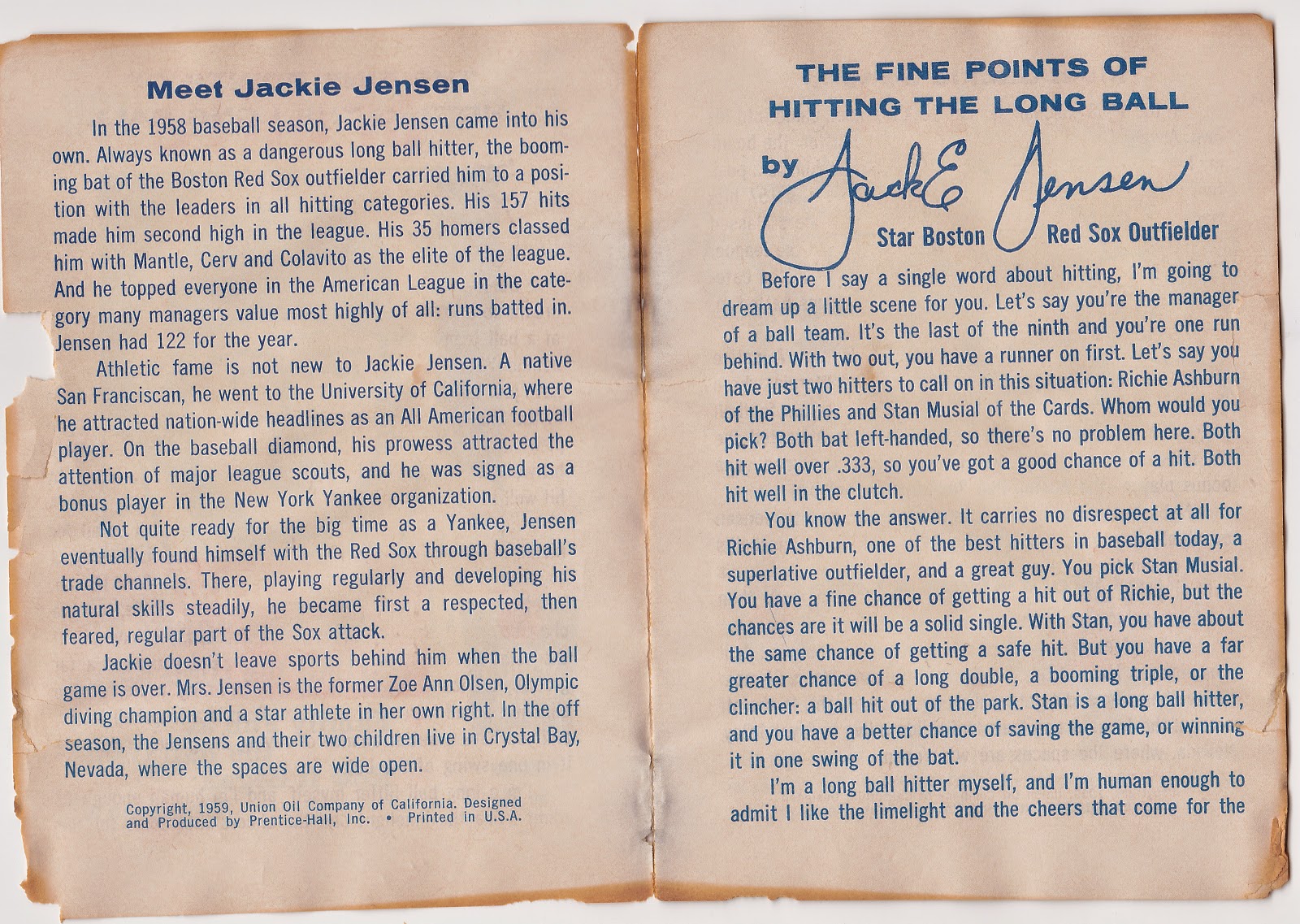 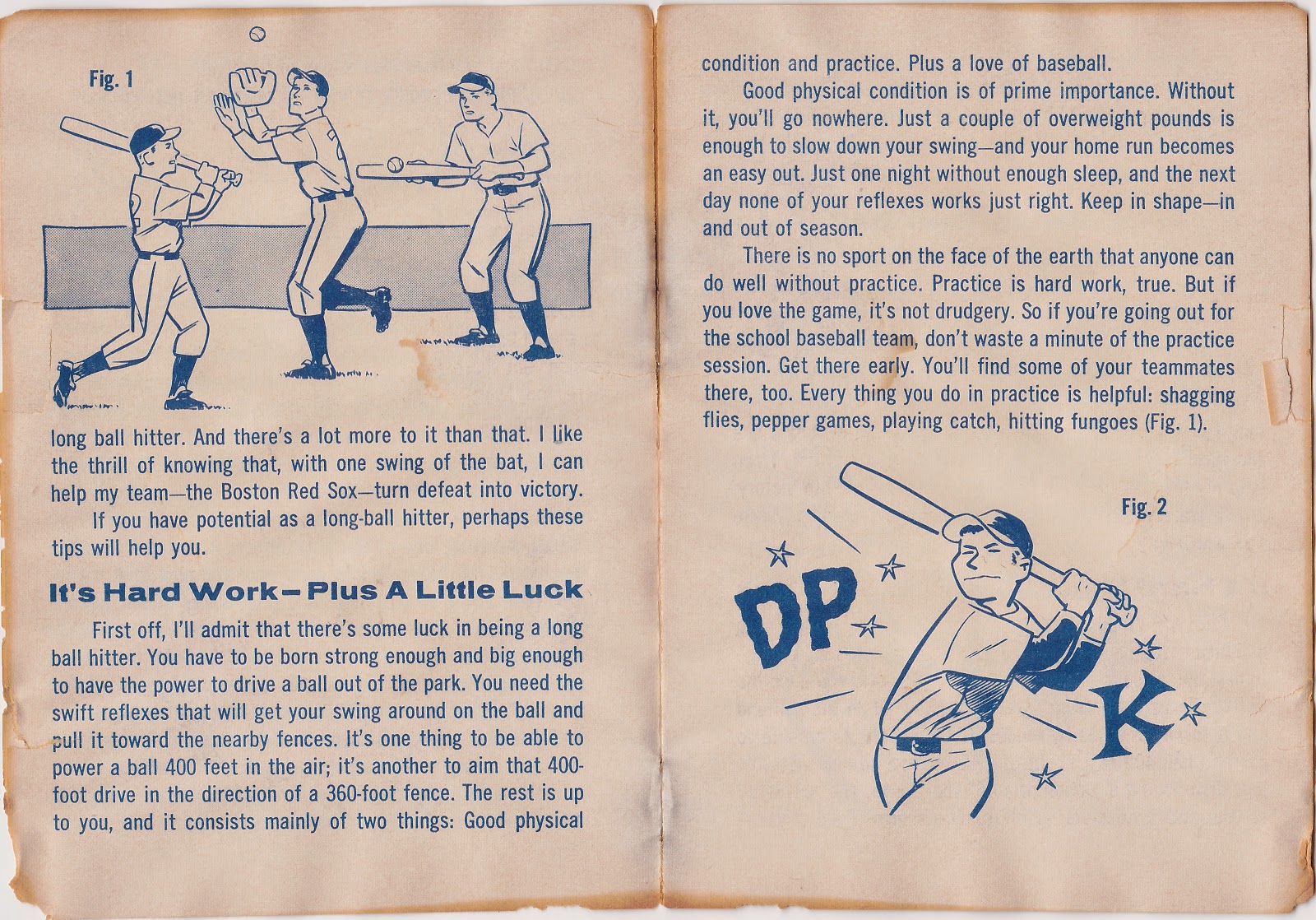 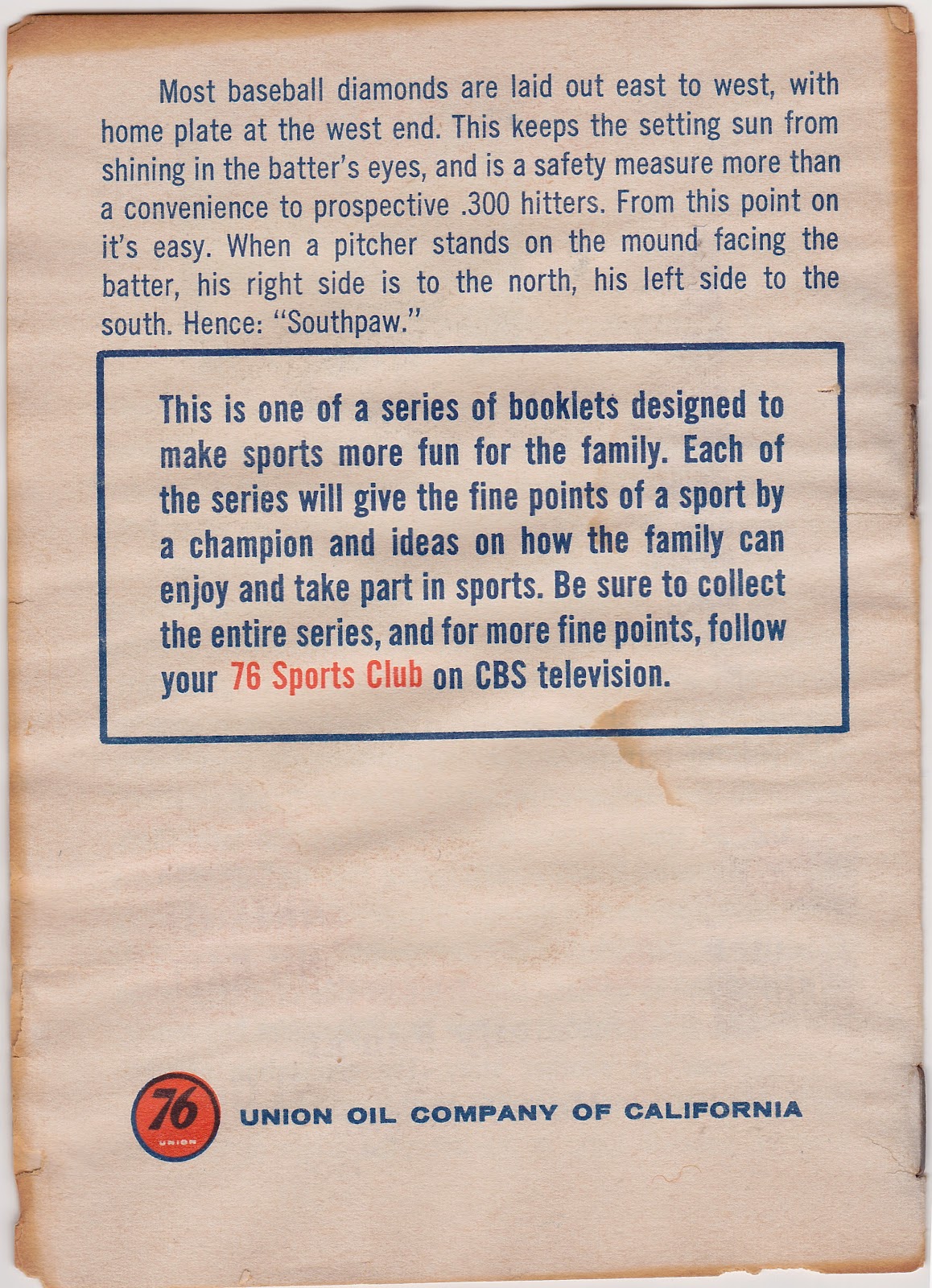