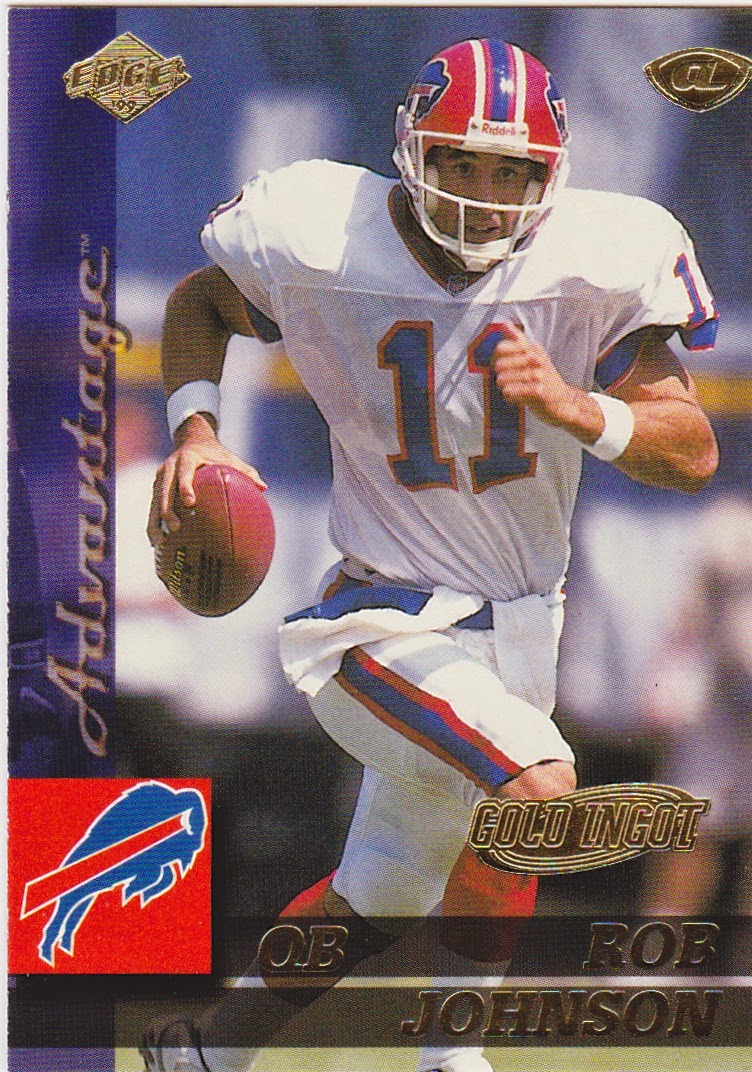 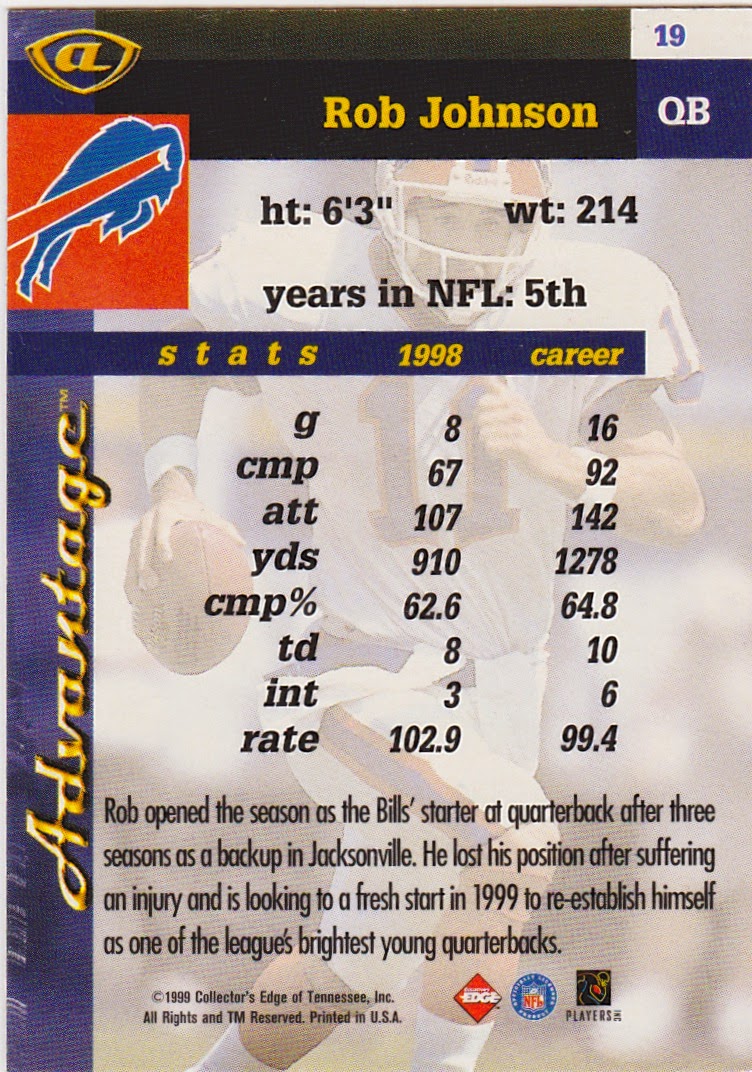 NFL Info: The Jaguars took Rob Johnson in the 4th round out of USC in 1995. He sat on their bench behind Mark Brunell for three seasons before moving on to Buffalo and there he was an on again-off again starter for four years. He led the Bills to a playoff berth in 1999. Often injured he battled Doug Flutie for playing time during tenure there. He finished his career with a couple of bench-warming years in other places. He currently coaches high school football in California.

Fantasy Impact: I had Johnson rostered for a time in 1999. With Steve Young starting and a rookie named Manning waiting his turn I never had the need to use Johnson.

The Card: very busy, gold foil enhanced front. Pretty nice picture of Johnson running for his life (which he did a lot of). But there is just too much 'stuff' here. Two logos, two wordmarks, two bars containing the player's name....it's all too much. Add in the big clunky team logo boz and it's just a mess. I actually like the back more with it's simple stat lines and bare minimum vitals. But every football card has to include the player's college, don't you think?

Like Johnson on my roster in '99 this card is here to fill a spot, nothing more.
Posted by Commishbob at 7:00 AM