A few shots from our first two games on the Grapefruit circuit.

We were down on the field pregame. I only took a couple of shots because I was interested in the goings on. 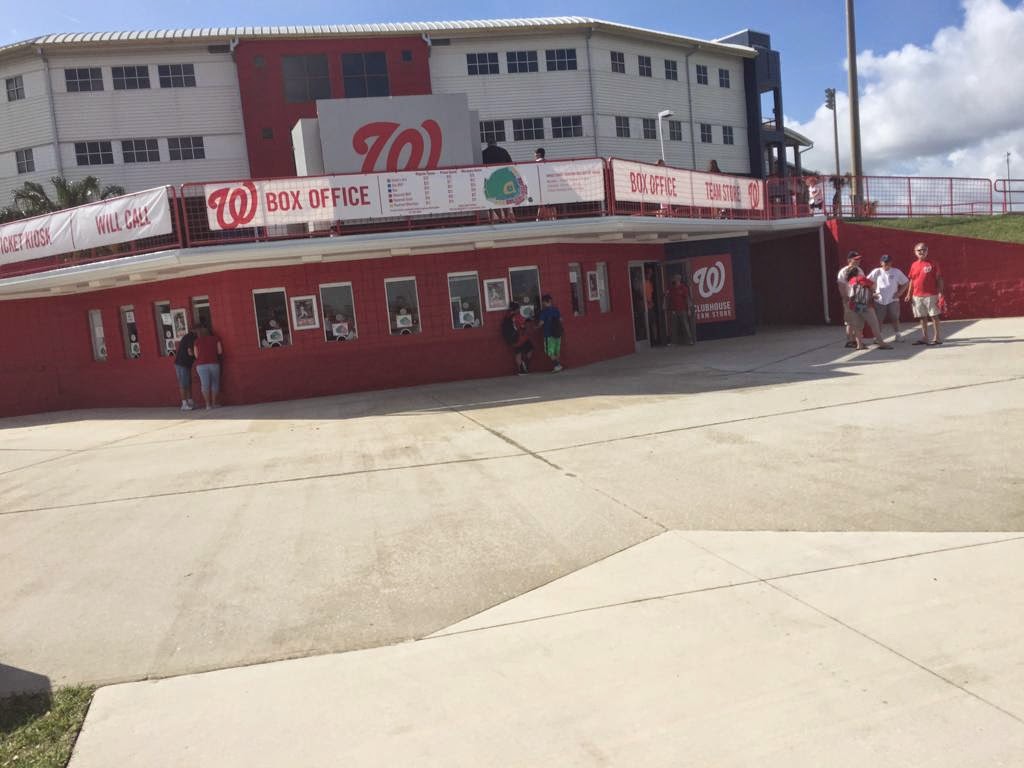 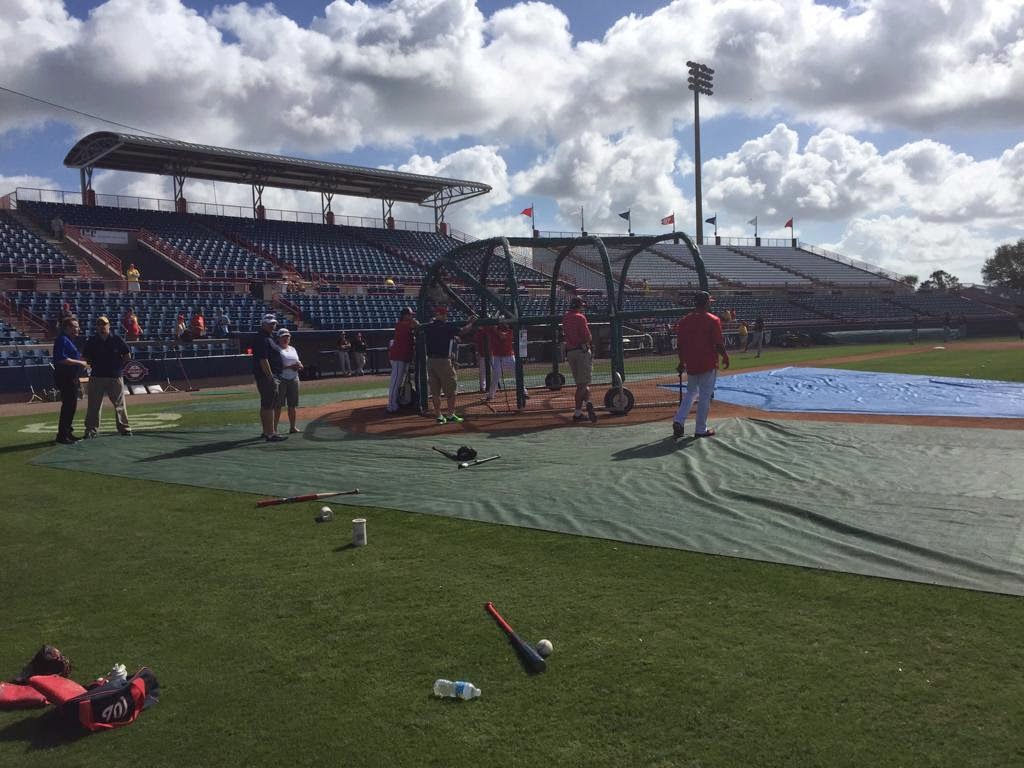 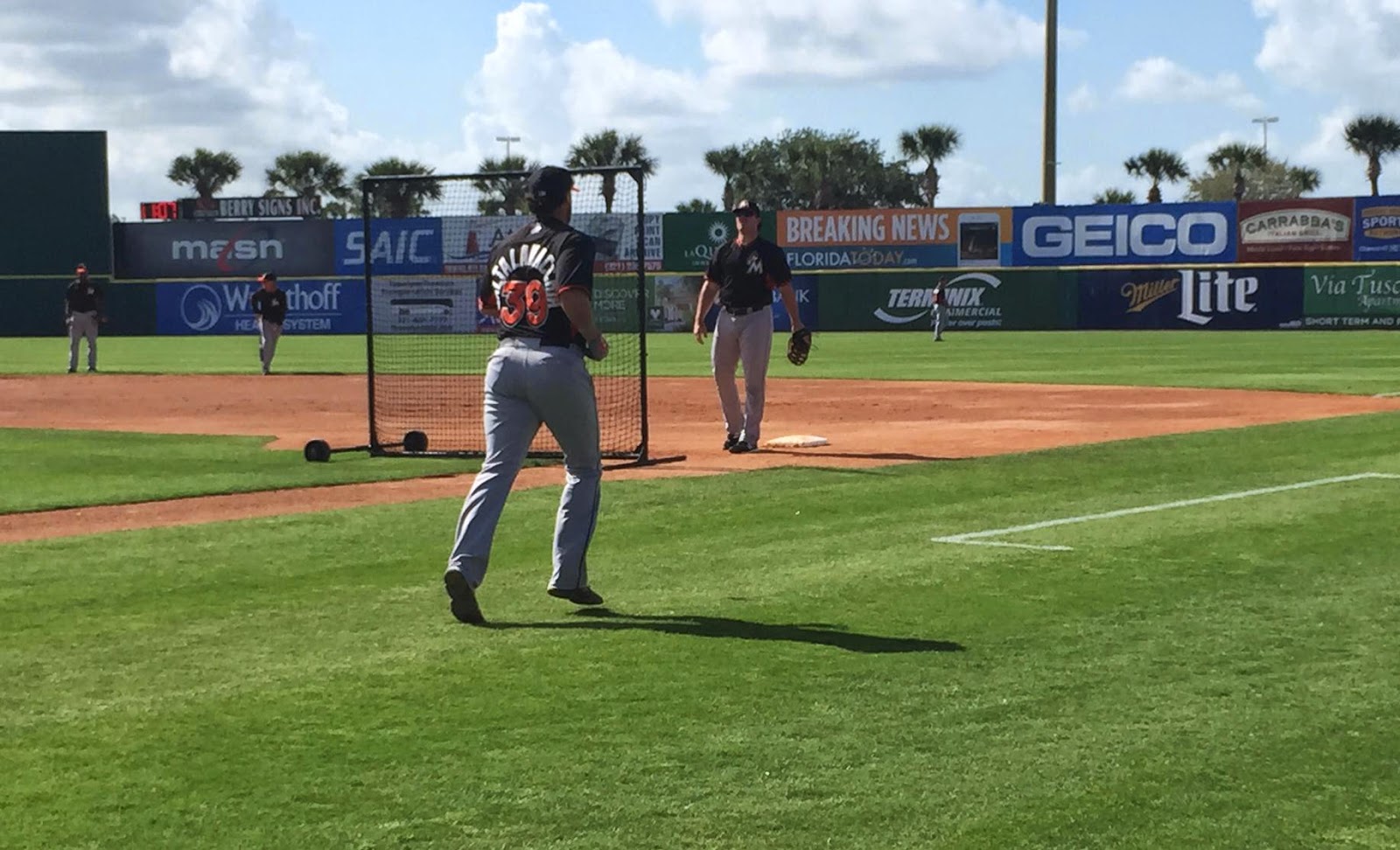 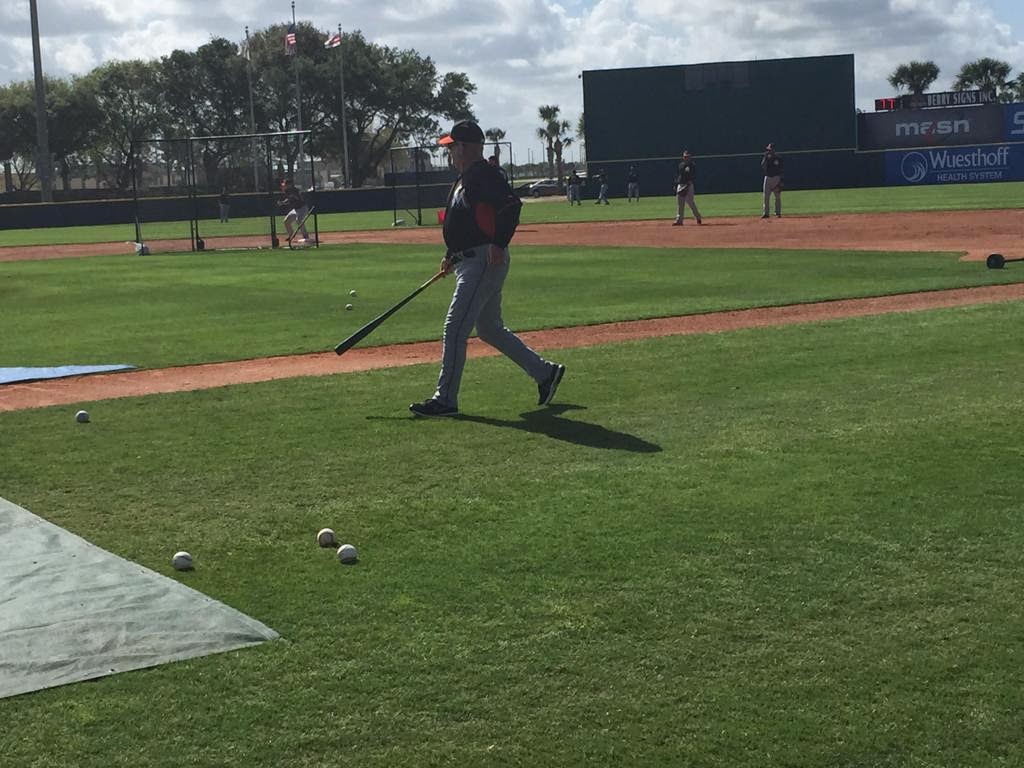 And we got an up close and personal earful from Bryce Harper during the game. Apparently when he looks really bad striking out he likes to yell "Fudge", or some similar word, loudly and clearly. 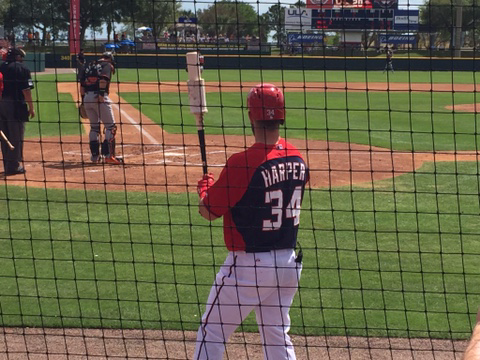 On Sunday it was a cross stae trip to see the Orioles play the Pirates at charming McKecknie Field. I was really what I expected Spring Training to be all about. Wonderful little place. 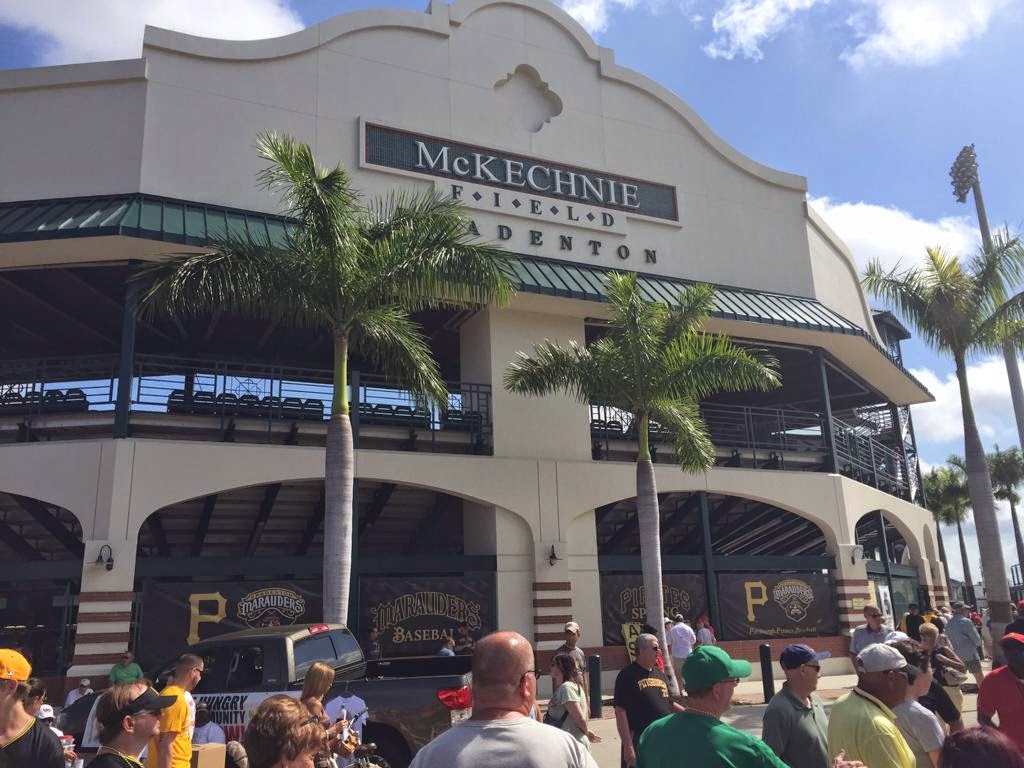 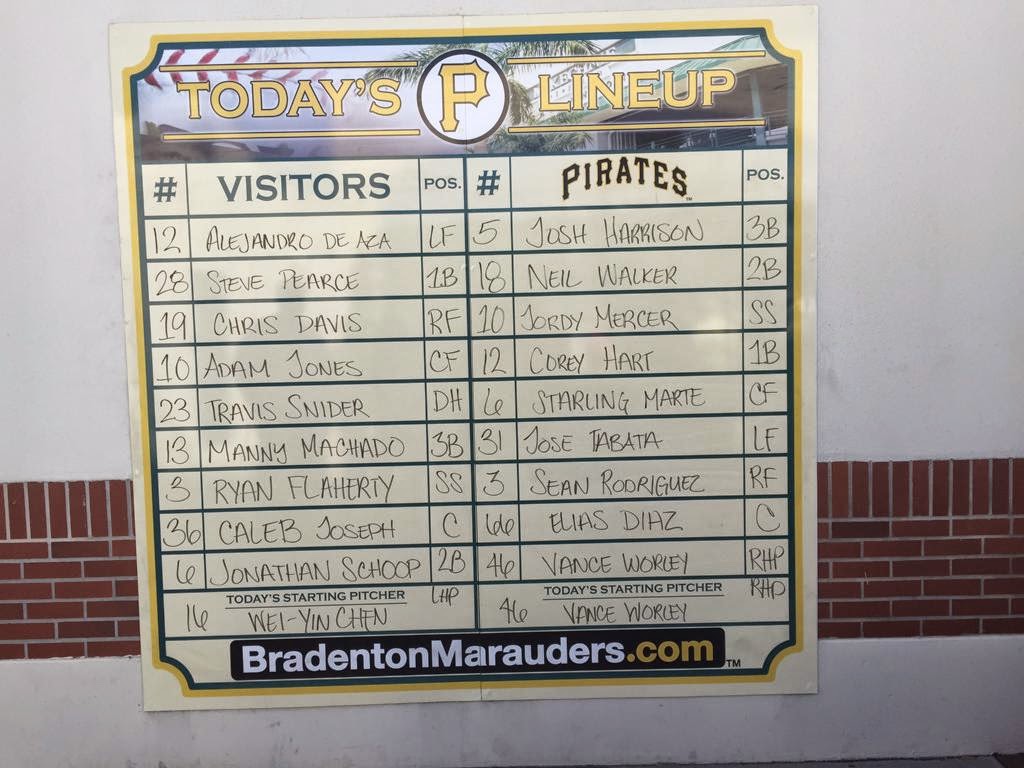 Orioles lost 4-2 but it's all good, most of the regulars played, Manny Machado made a spectacular play at third, the Yastrzemski kid (Carl's grandson!) threw out a guy with a great throw from left, and Steve Pearce hit a dinger. 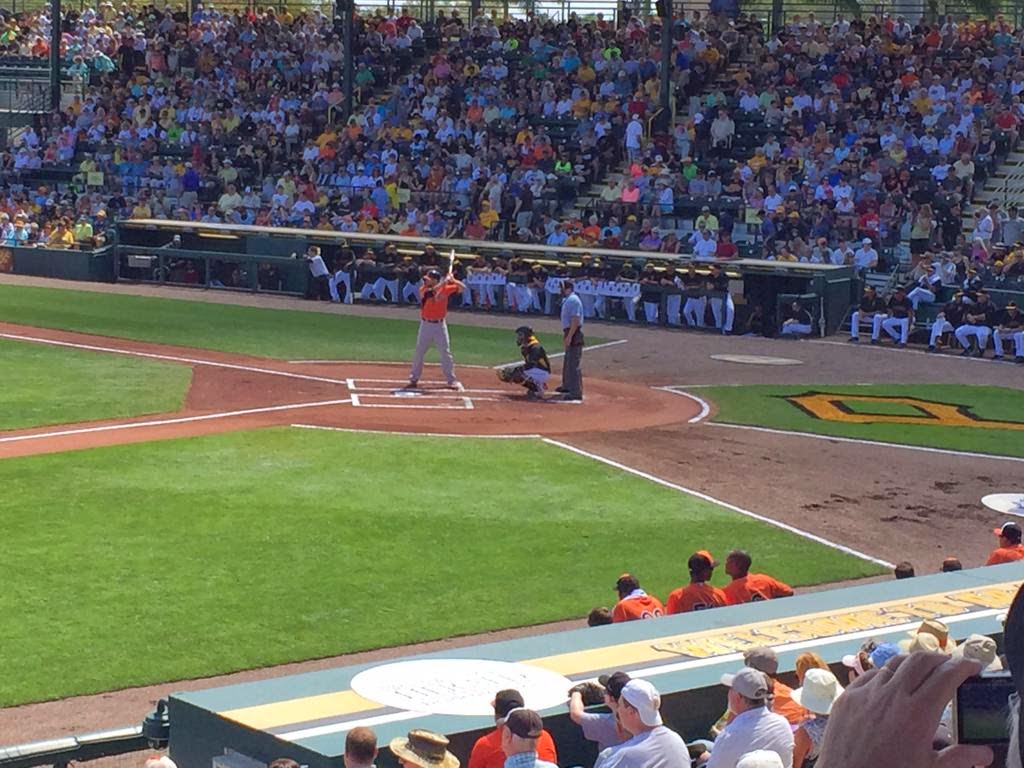 Loads of Orioles fans there. My peeps!!!! It was nice to hear so many Baltimore accents. I miss Charm City. 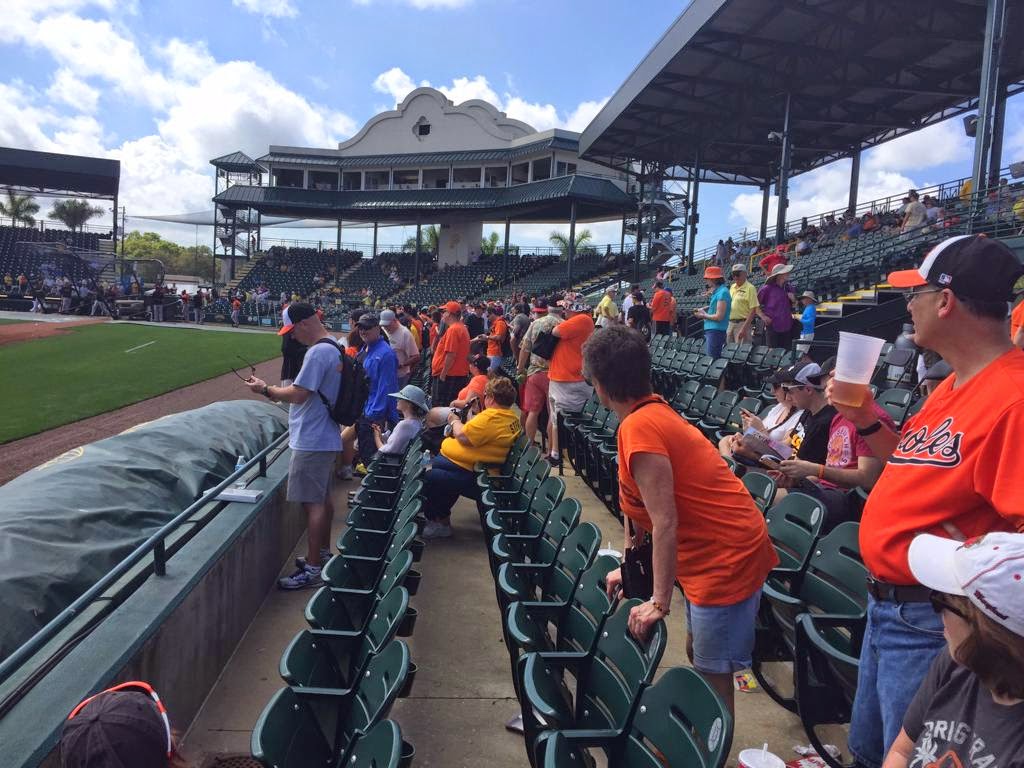 We were in the shade all day, just an added bonus. I hope the next four days are as much fun as the first two have been. Posted by Commishbob at 8:35 AM