Spring Fling #3 and another ST Update! 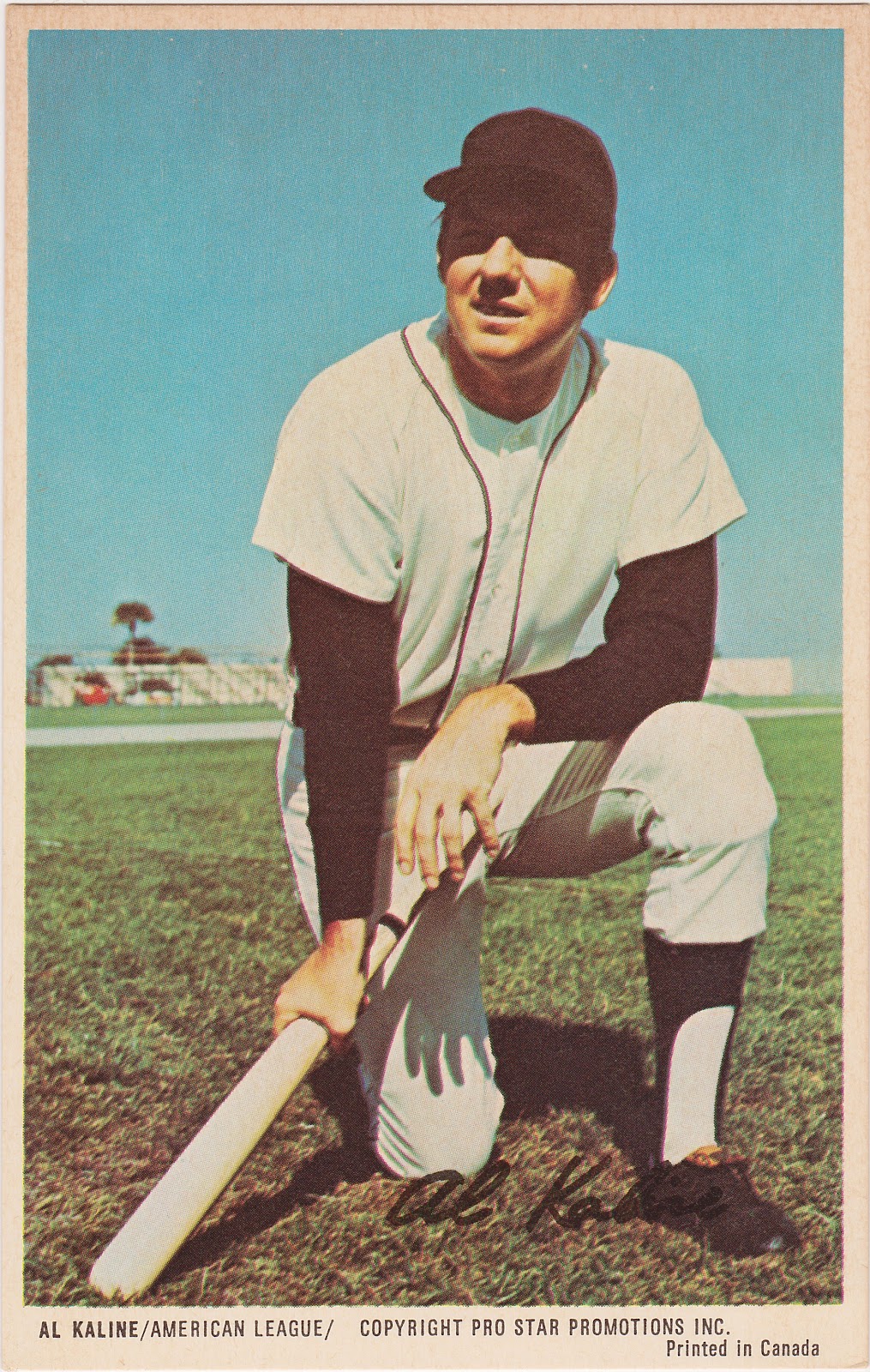 This is a Pro Star Promotions Al Kaline postcard. The shot was obviously taken in Spring Training, the telltale palm tree can be seen in the background.

I don't know much about these Pro Star things. I have several Orioles and have shown them before. I think the O's I have are part of the American League set issued in 1972. I say that because I don't recall having any of the NL guys in my postcard binders. PSA has a bit more info, but not much:

With Baltimore native Kaline in his home uni I will assume that this photo was taken in Lakeland which has served as the Tigers' spring home seemingly forever. I am scheduled to see the Nats play the Tigers there today. And I just was given a Yankees-Blue Jays ticket for their game in Tampa tonite. Gonna be a busy day!

On Monday we watched the Nats back in Viera taking on the Astros. I took a lot more digital pix at this one because my camera pics have been lacking.

Before stuff gets started there is a lot of standing around and talking.

Nat's Manager Matt Williams was very nice. That's him below.

We found out when we arrived that the Astros were not going to come in for BP and were not scheduled to arrive until noon. I had been hoping to get to see Jose Altuve because I'll never have this kind of access anyplace else. But he scheduled to play in the Astros 'home' game and didn't take the bus down here. We spent a lot of time on the field watching Nats go through the controlled and rather laid back chaos that is Spring Training gameday. Players were taking BP from a guy throwing from 40 feet, coaches were hitting grounders from either side of the cage while other coaches nearby were fungo-ing flys to the outfielders. Balls are going in every direction yet everyone seems so nonchalant and unconcerned that baseballs are flying just over their heads while they practice double plays.

I've heard baseball being compared to a ballet, well there is no more ballet-like time in the game than morning practice in mid-March.

I'm not a guy who seeks many autographs. But Matt Williams came over and signed a ball for me.

After morning practice we cooled off in the offices until the anthem. The 'halo effect' in this shot comes from me holding the camera an inch from the glass window. No one is ever going to confuse me with Ansel Adams

They have this statue titled Casey at the Bat up there. I meant to ask someone about it but I didn't. 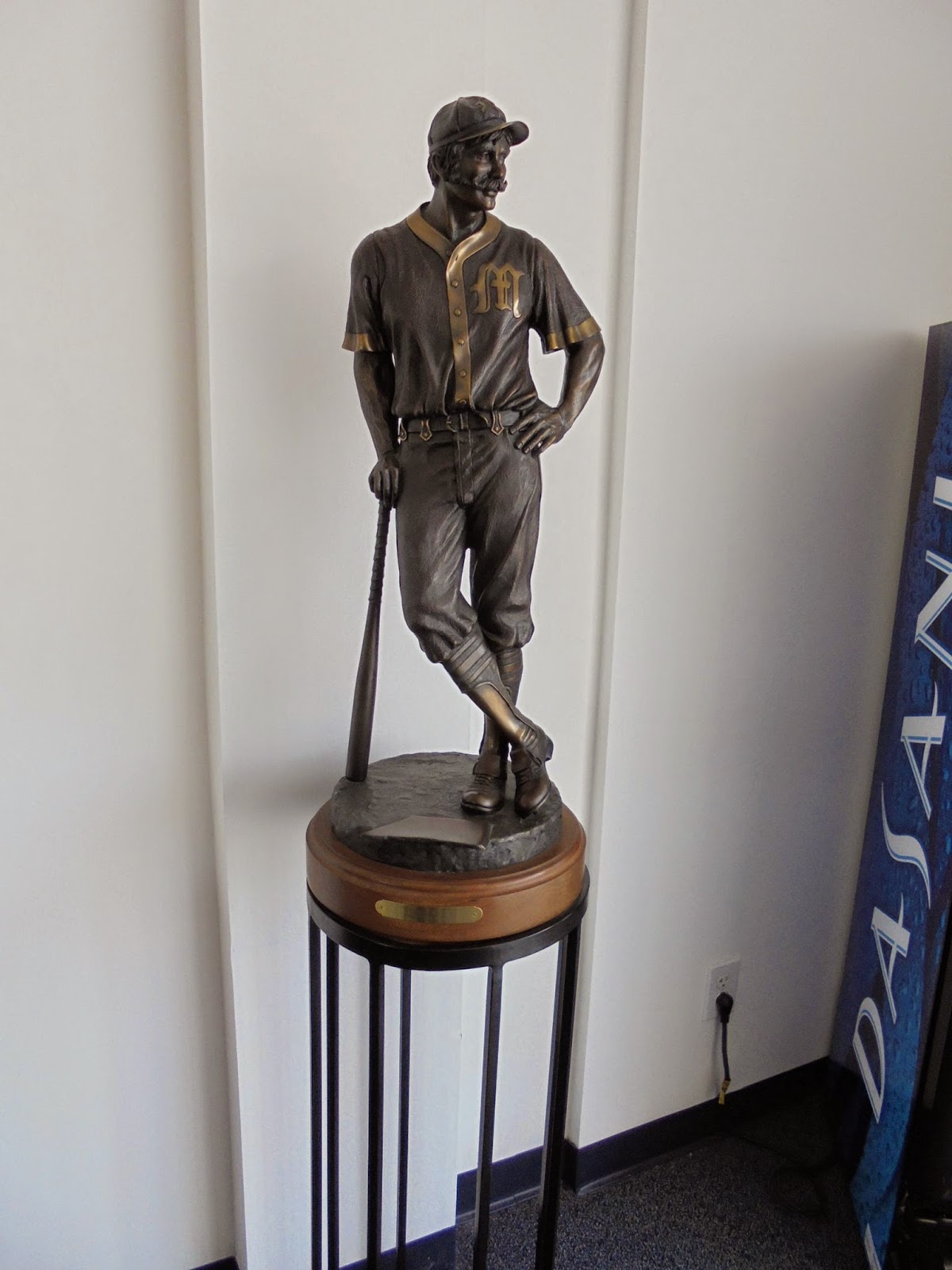 Good seats again. Note the green caps for the Nats. They celebrated St. Patty's Day early because they are on the road today.

Len Dykstra's kid is trying to make the Nat's roster. Tony Gwynn Jr. is as well but I didn't get a shot of him.

Spalit Squad day meant that the Astros brought along some guys with numbers in the 80s and 90s and no names on their unis.

Jon Singleton whiffed a couple of times. He's young and still a work-in-progress.

here are the baseballs signed by Williams and Tarasco.

Posted by Commishbob at 6:22 AM