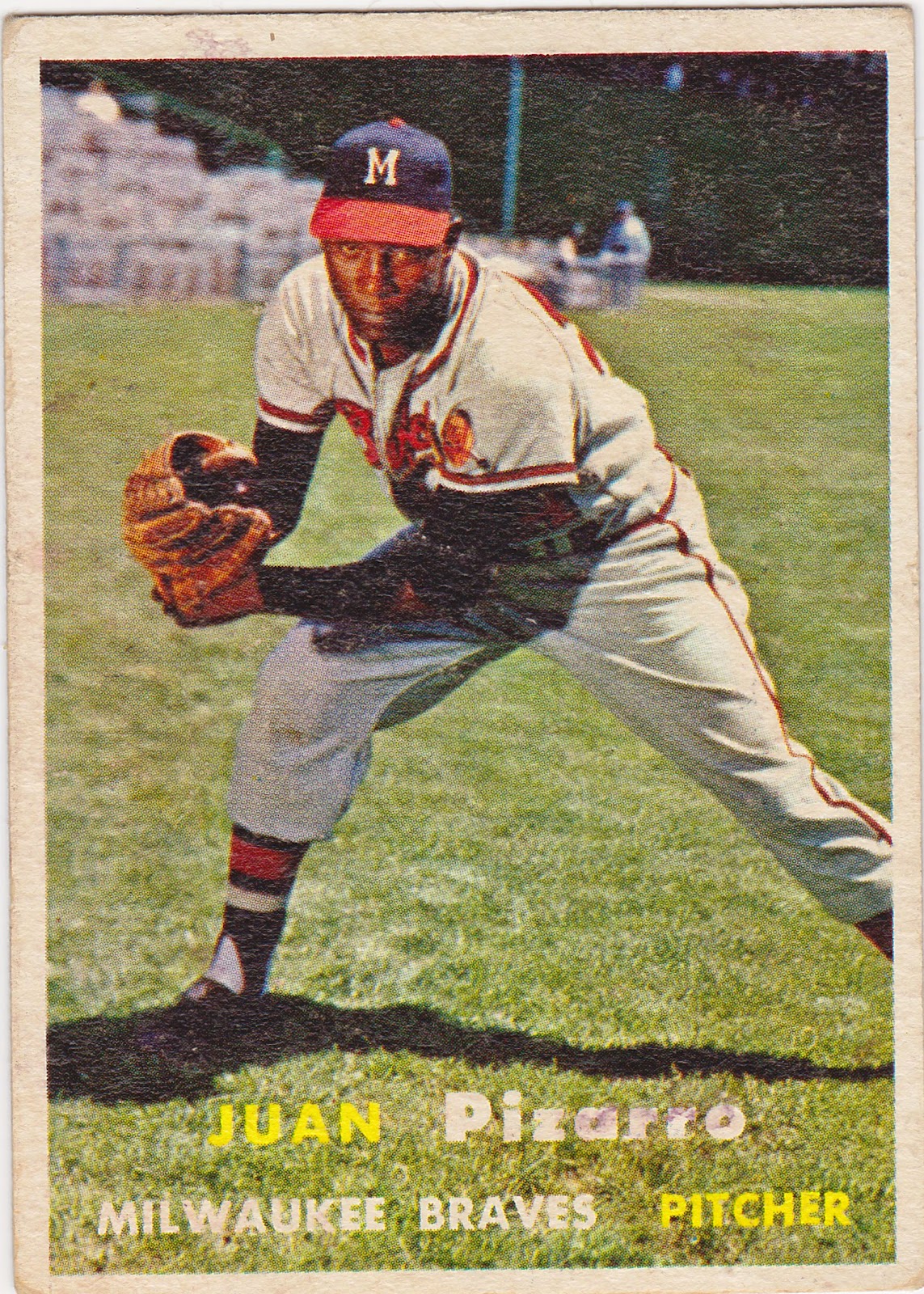 Somebody posted a Juan Pizarro card a few weeks back, I can't find that post now but it got me to thinking about my own bunch of Pizarro cards. I can't explain exactly why I pick them up. I do remember that when I was a kid I always put them aside, along with Johnny Callison and a couple of other non-Orioles.

I may someday have to go see a shrink and may they could delve into my fixation on lefty pitchers like Pizarro, Koufax, Billy Pierce, Marcelino López and Whitey Ford. I'm sure it comes from something buried in my childhood.

That '57 is probably my favorite. I always love those Braves unis and the '57 is just a terrific set. The '63 reminds me of my days watching AL clubs at Yankee Stadium. 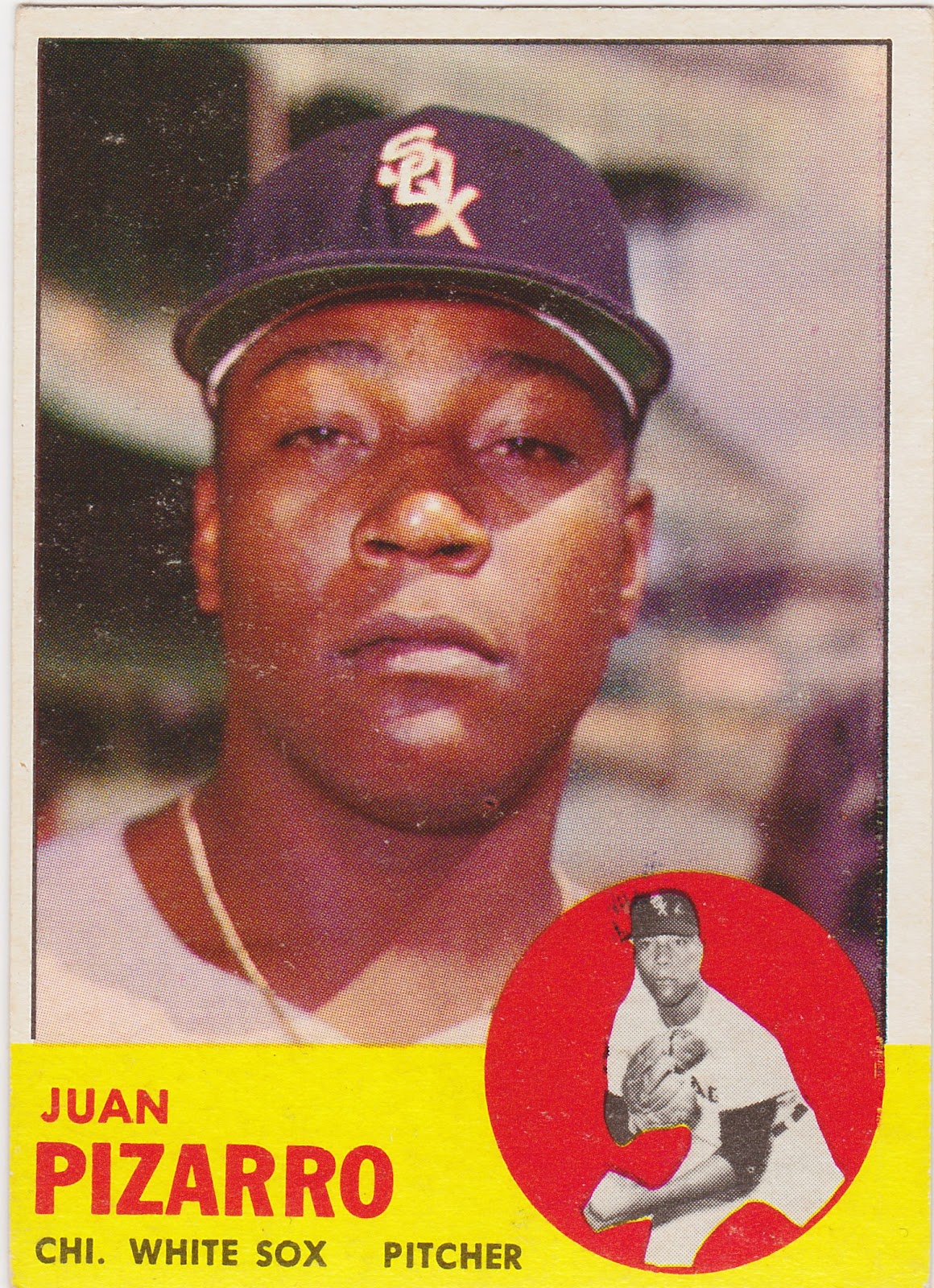 I may yet chase the 1960 set. Maybe as much for the backs as the fronts. Maybe the shrink can explain my obsession with the backs of these to me as well.

Several of these are recent COMC pickups to fill holes or upgrade my ratty 60s cards. 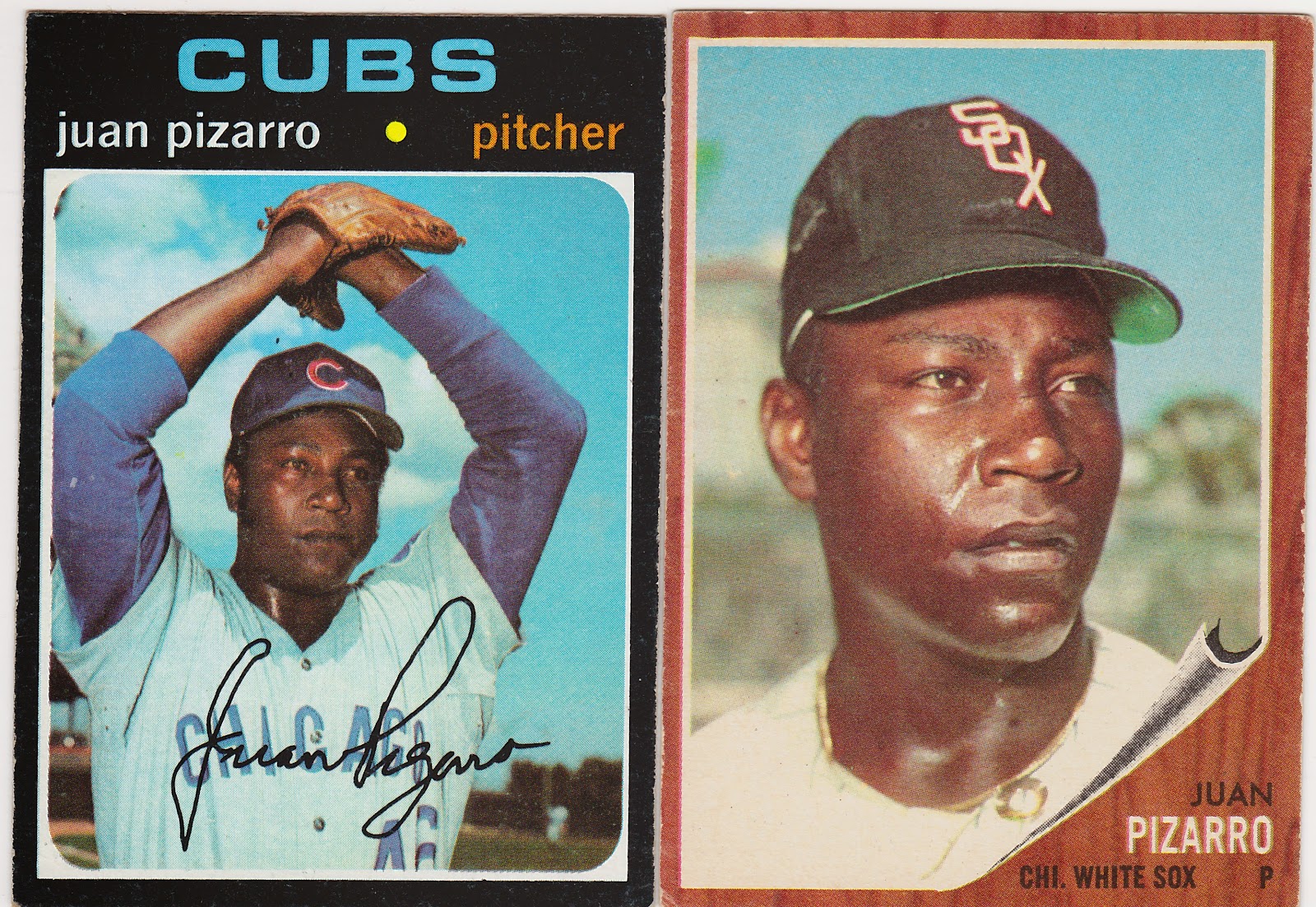 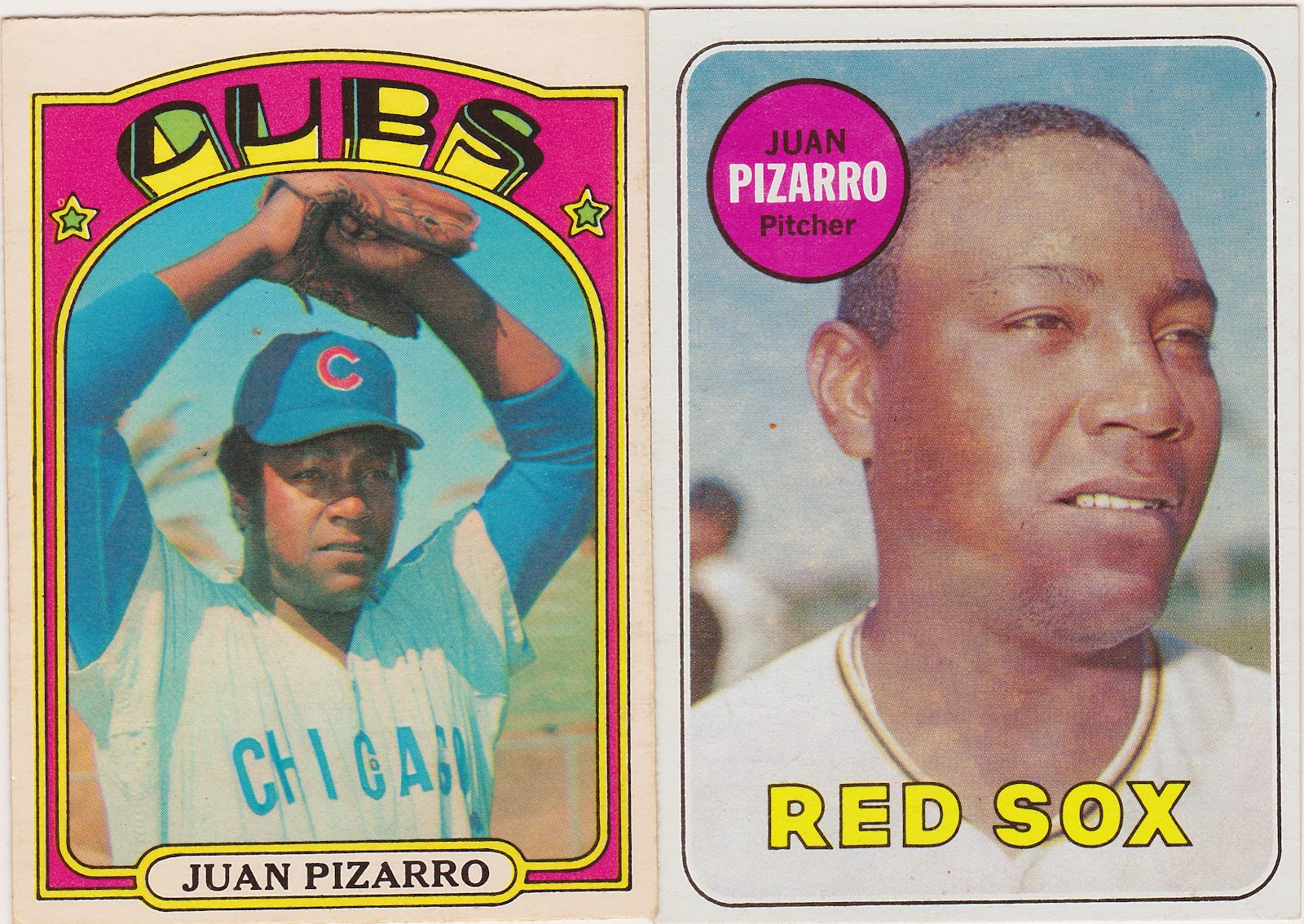 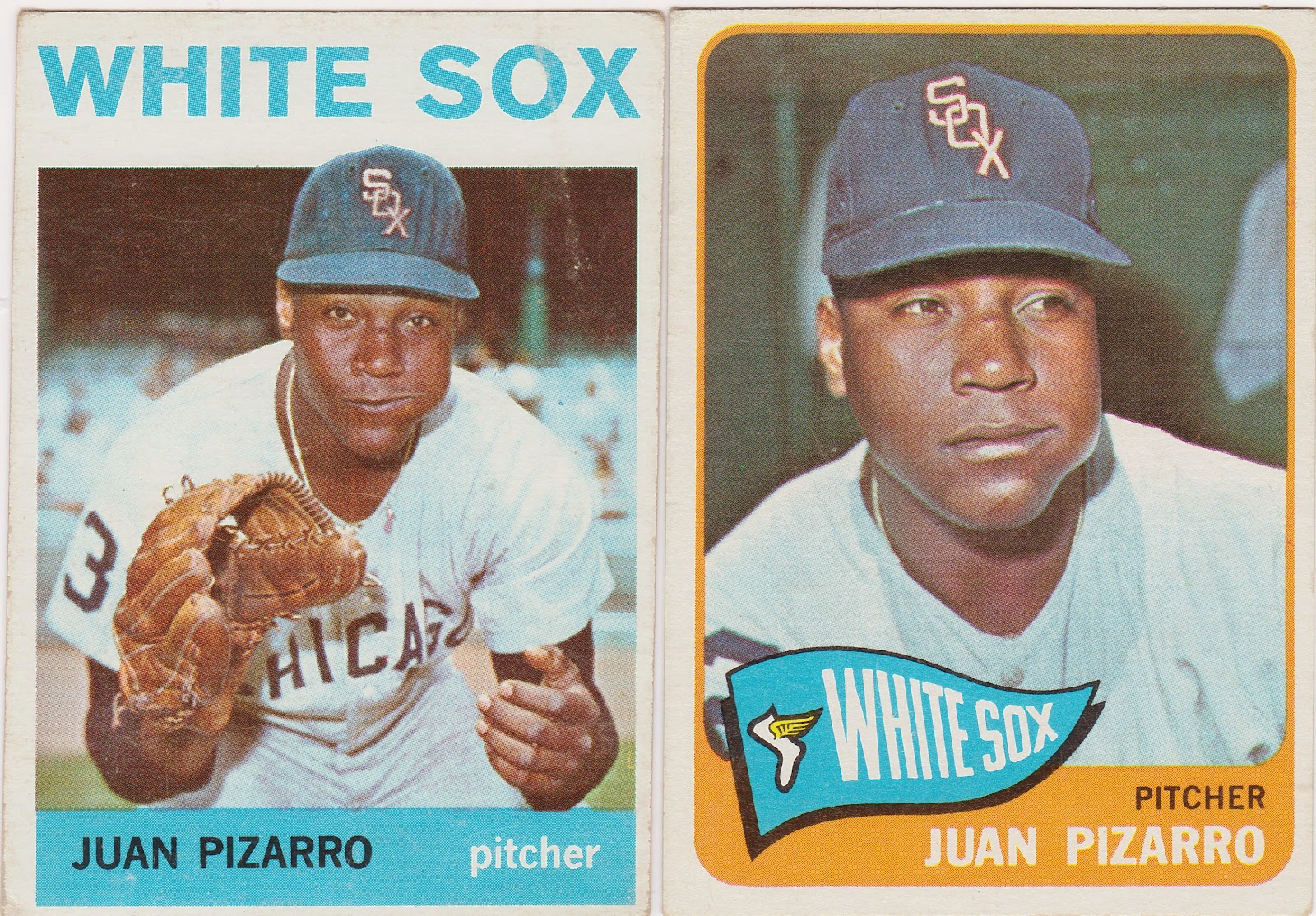 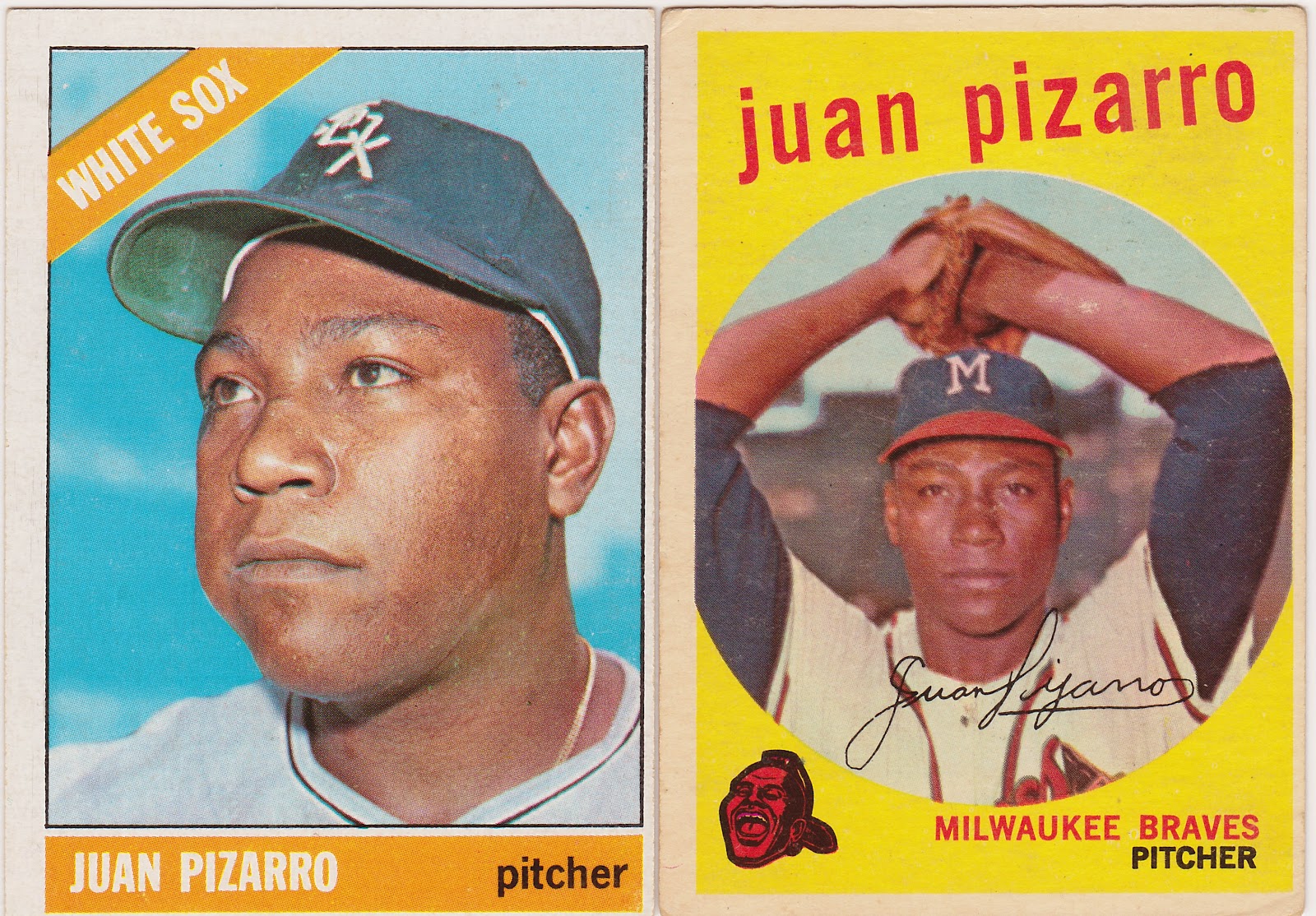 These are two of the three League Leaders cards on which Pizarro appears. He is also on the E.R.A Leaders card in the '64 set.

The card on the left in the below pairing is an oddball from a set put out by the Wisconsin Historical Society. 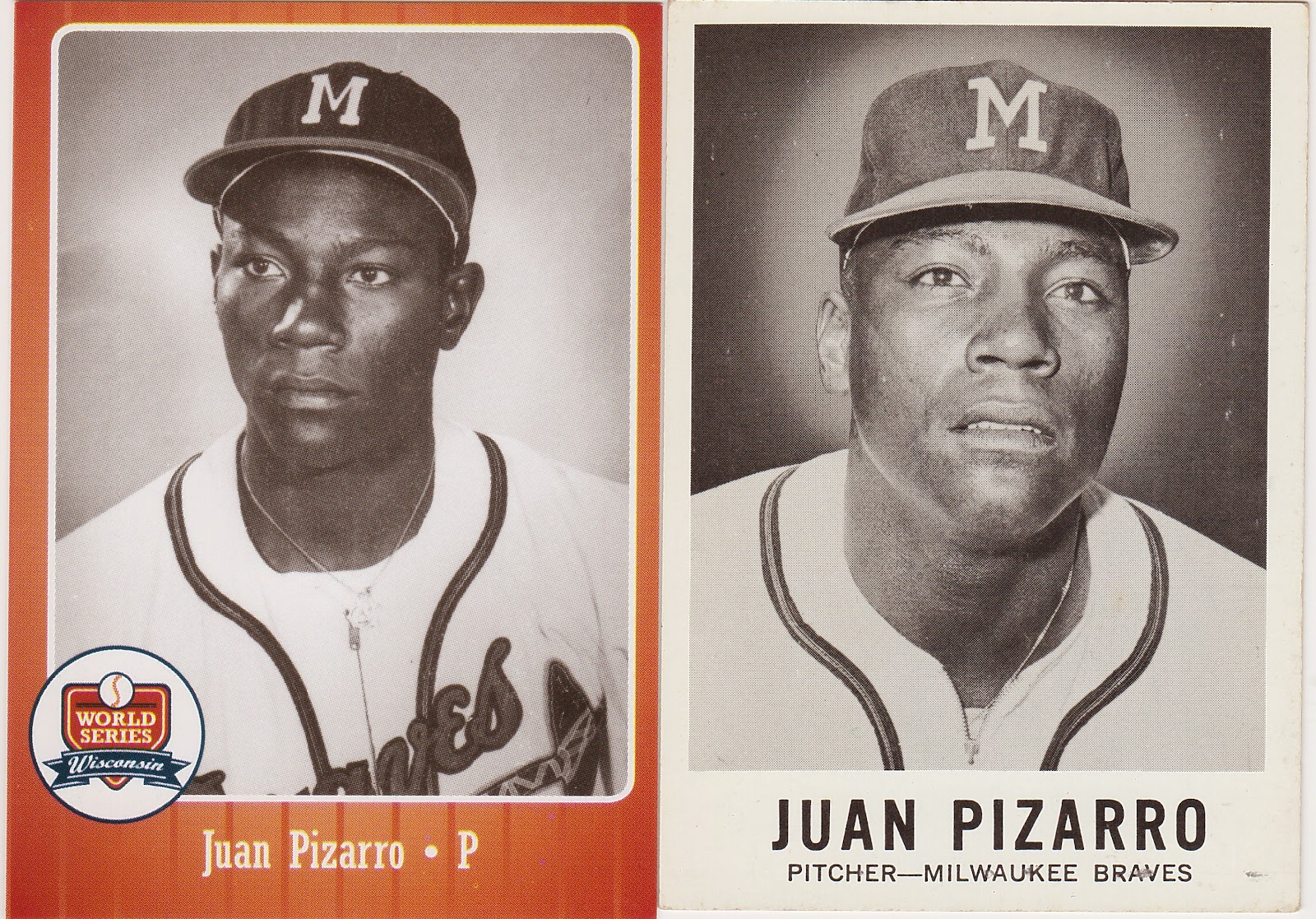 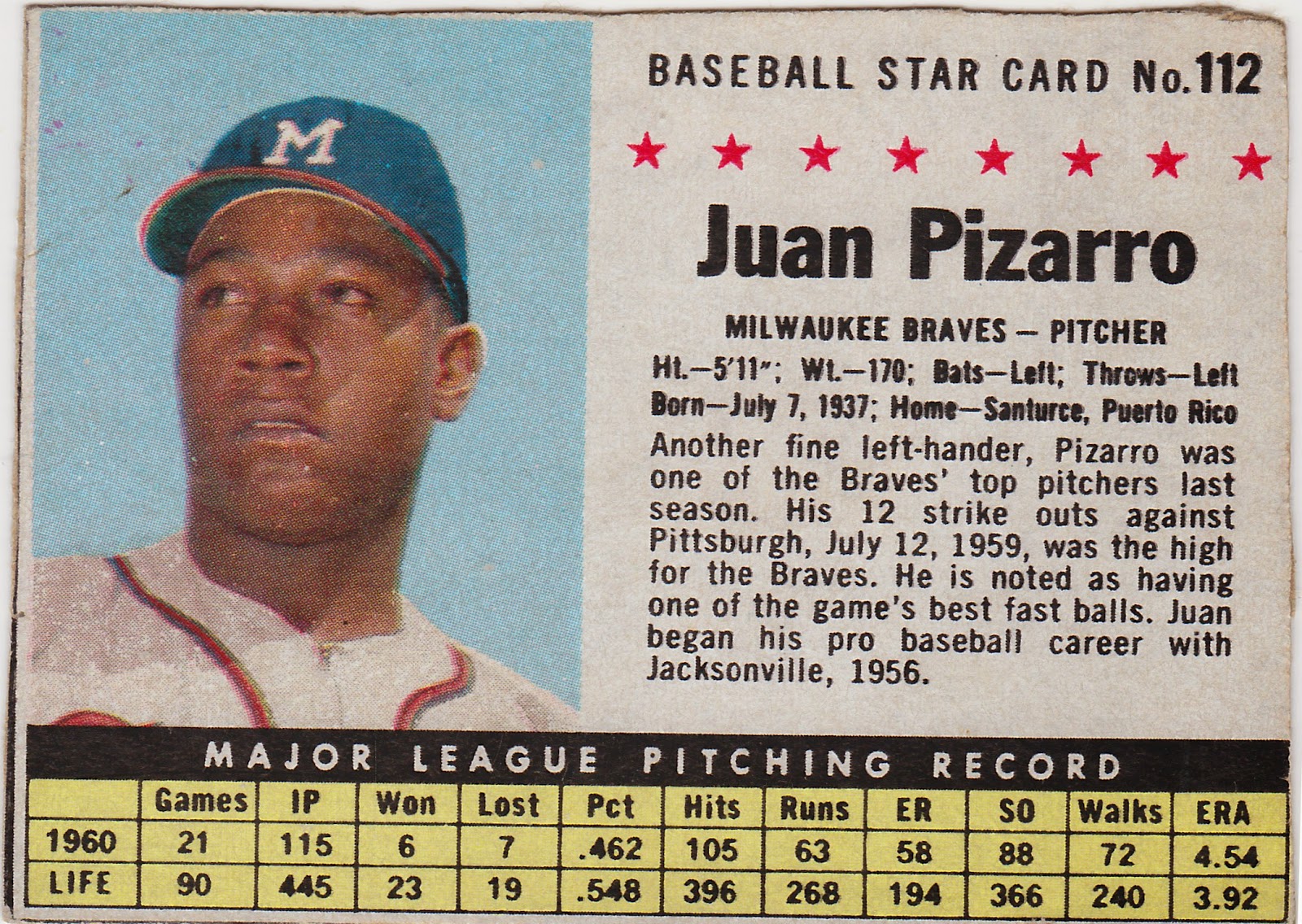 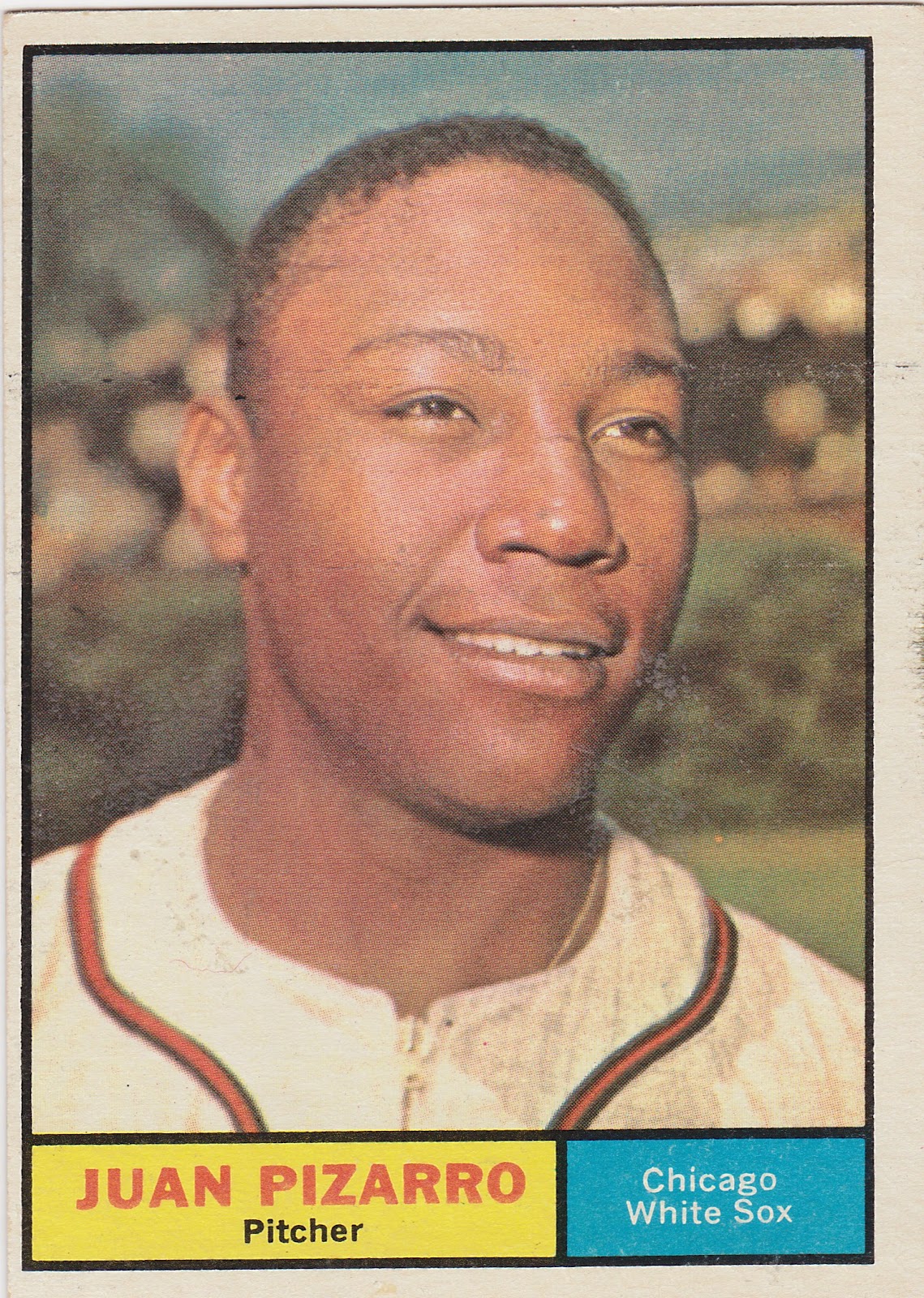 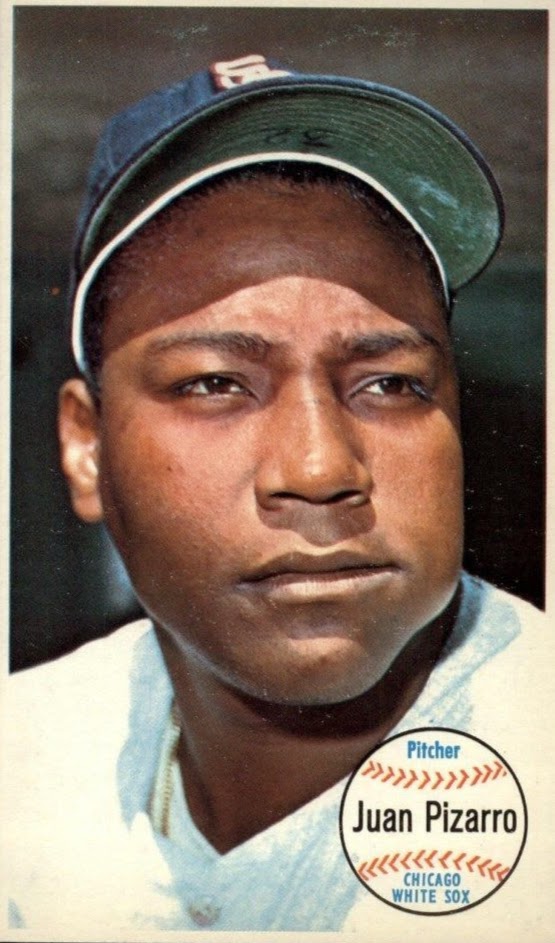