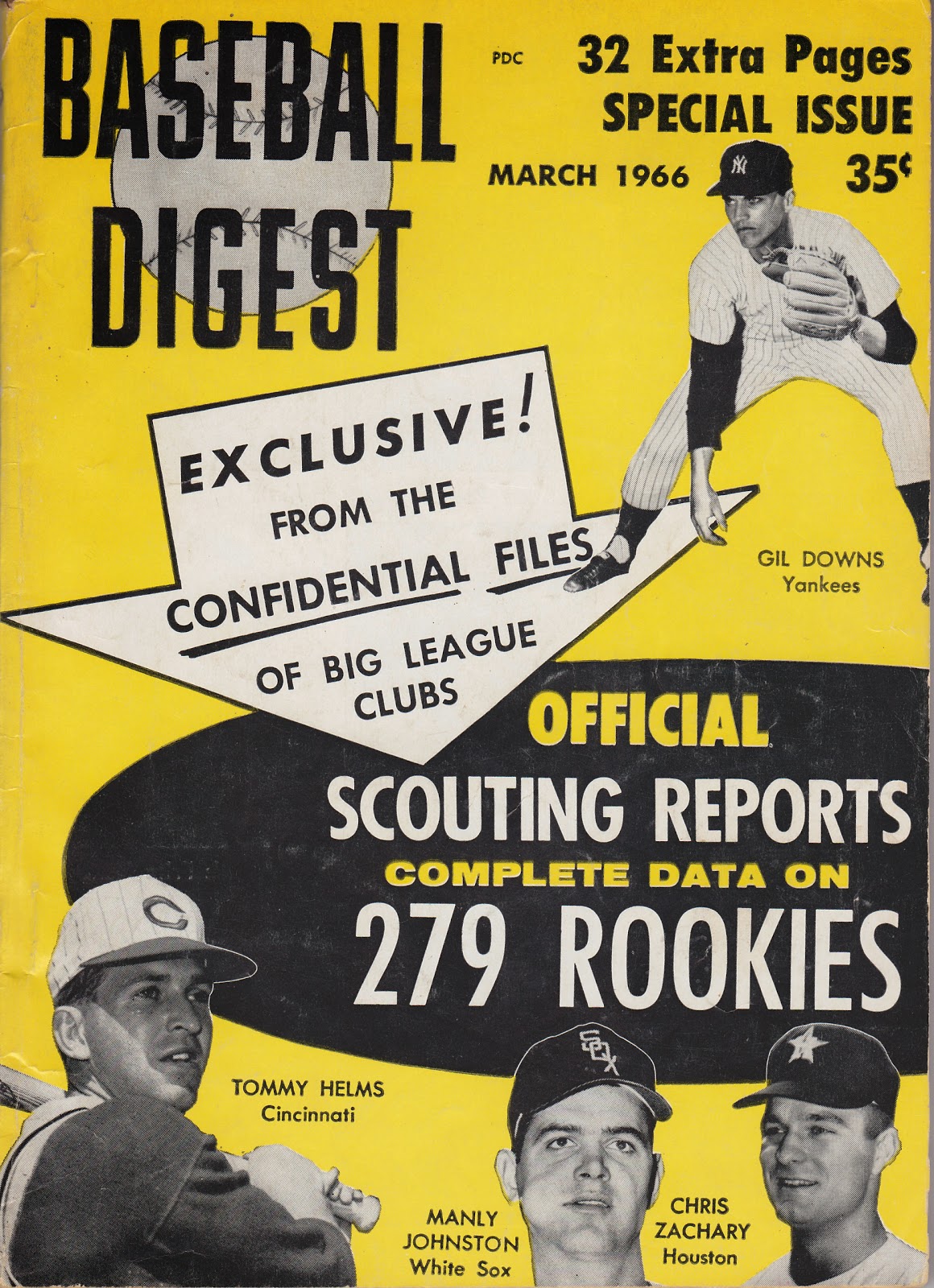 A couple of years back my aunt sent me a box of baseball publications that had belonged to my late uncle. There were a bunch of Sporting News books including Guides and World Series Record books from the fifties and early sixties. There were also some Baseball Digests like this one from March of 1966. I scanned a few pages just for fun. Like many early spring issues of the Baseball Digest back then this one was devoted to the upcoming season's rookies. There were four players on the cover, and they went on to varying degrees of baseball success.

Tommy Helms was NL Rookie of the year in 1966, played 14 seasons in the majors making a couple of All Star squads and winning a pair of Gold Gloves.

Chris Zachary pitched for five different teams over a nine year career as a spot starter and reliever. He had five seasons in Houston where he gained six of his ten career wins.

Gil Downs had some nice numbers in the minors going 39-19 with a low ERA but he never pitched in the bigs.

Manly Johnston??? He was coming off a 1965 season at AAA where he had 91 at bats and hit .224 so the Baseball Digest editors must have seen something others didn't. He played sparingly at the AAA level again in 1966 and was out of baseball.

The inside of the front cover and it's facing page had a total of 12 players' shots including a few who later became big time players in the majors, Keen Holtzman, Bobby Murcer and Lee "The Big Bopper" May.

These pages contain the Orioles youngsters and a part of the Red Sox' write-up as well. A close look shows that the details for most players included his ethnic heritage. It's a bit disconcerting to see 'Jewish' listed for Mike Epstein. Not that it was a secret or anything but ethnicity is just not something you'd see listed today. Oh, I don't think I needed Baseball Digest to know Ed Barnowski was Polish.

Hey, an ad for Strat-O-Matic. This exact ad appeared in every copy of The Sporting News, Street And Smith, Baseball Digest and any 'pulp' mag like Dell Baseball you cared to open. A year later I bought the game.

A trio of other kids graced the back cover.

Dick Joyce had already pitched in the only five games he'd appear in when this copy hit the stand. He was 0-1 in September of 1965 for the A's and then pitched two more minor league seasons.

Andy Kosco had a couple of seasons in the late 60s in which he was an every day player, one with the Yankees and one with the Dodgers. Those were sandwiched into the middle of a nomadic 9 year career that saw him play for seven clubs.

Jim McGlothlin, who always looked like he belonged on a high school team, made an All Star team with the Angels in 1967 and he won 14 for the NL champion Reds in 1970. He won a total of 67 big league games.

Thumbing through these old books and mags are a perfect way to spend a cold damp dreary Saturday afternoon.

EDIT... Added for Joe Shlabotnik, Meet the Mets! Plus a bonus, the scouting report on Don Sutton. And a title added. Sorry about that. 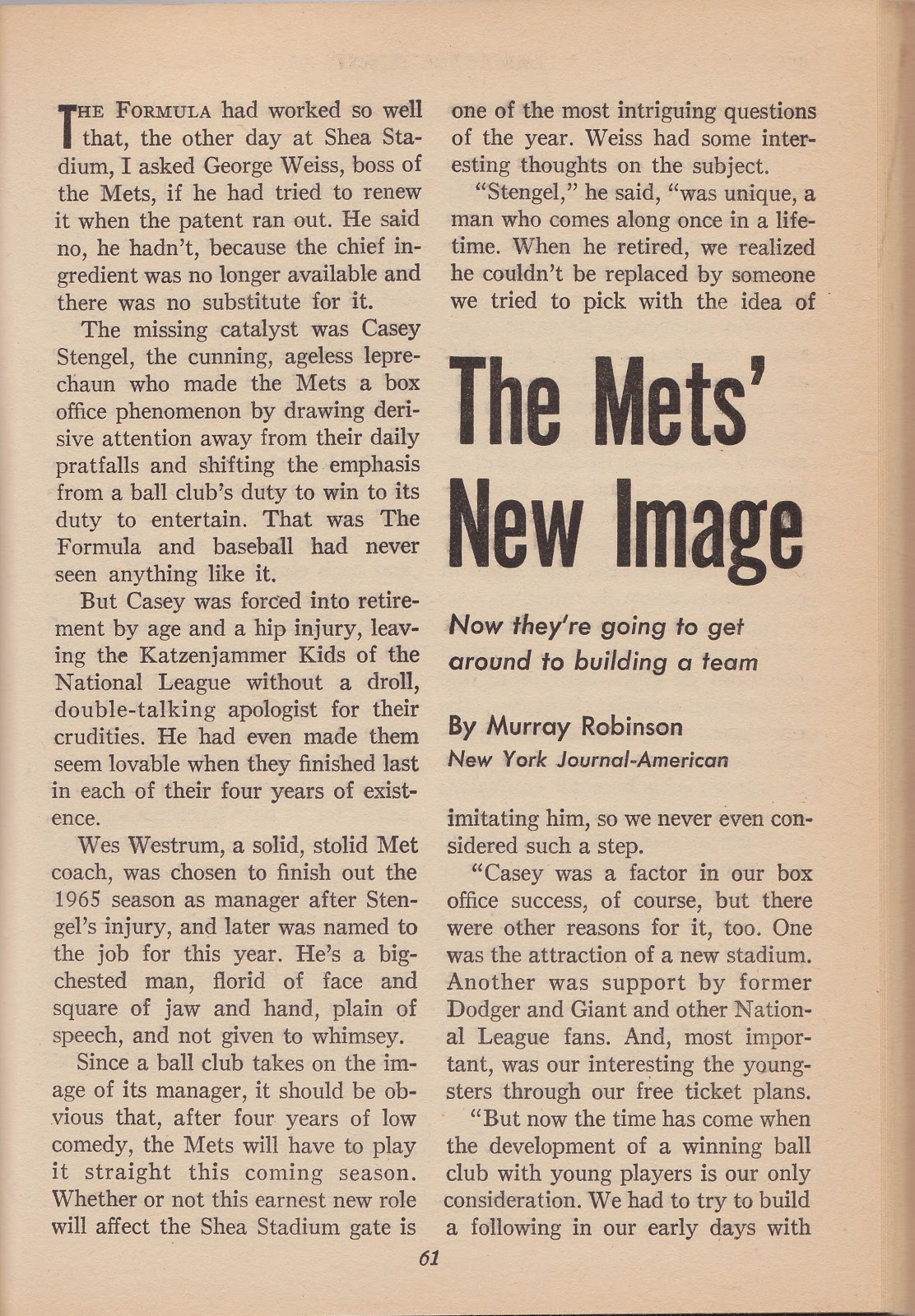 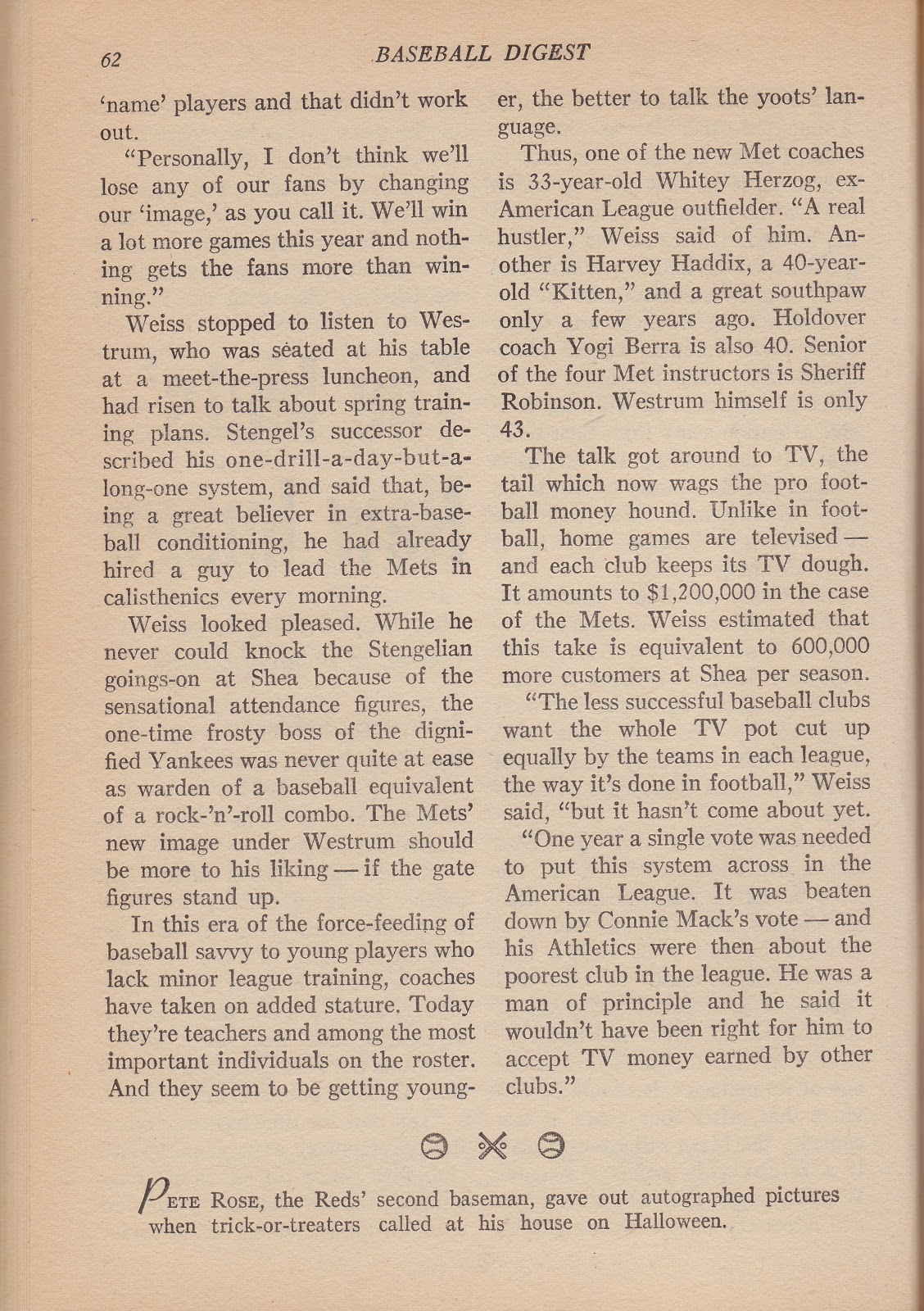 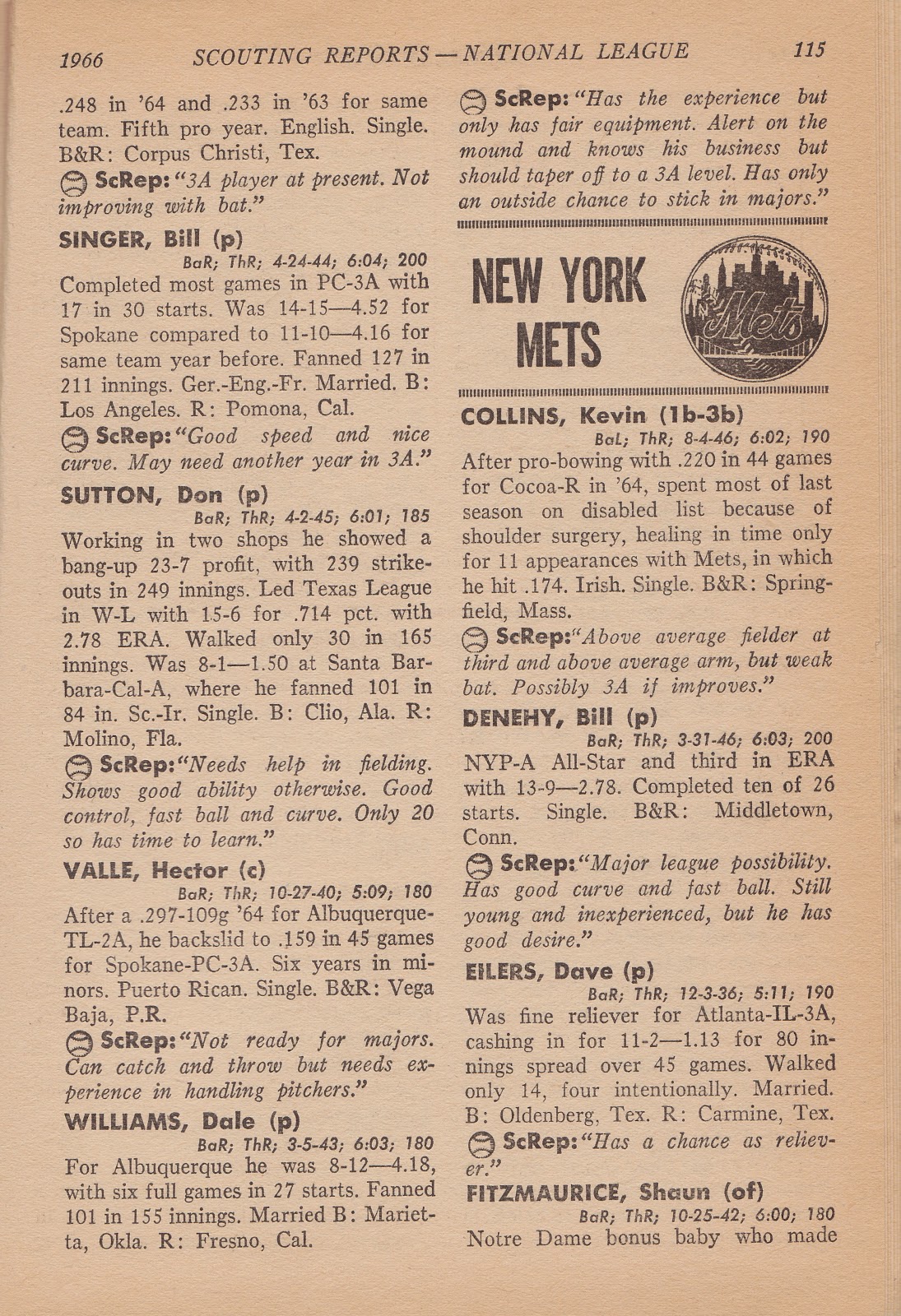