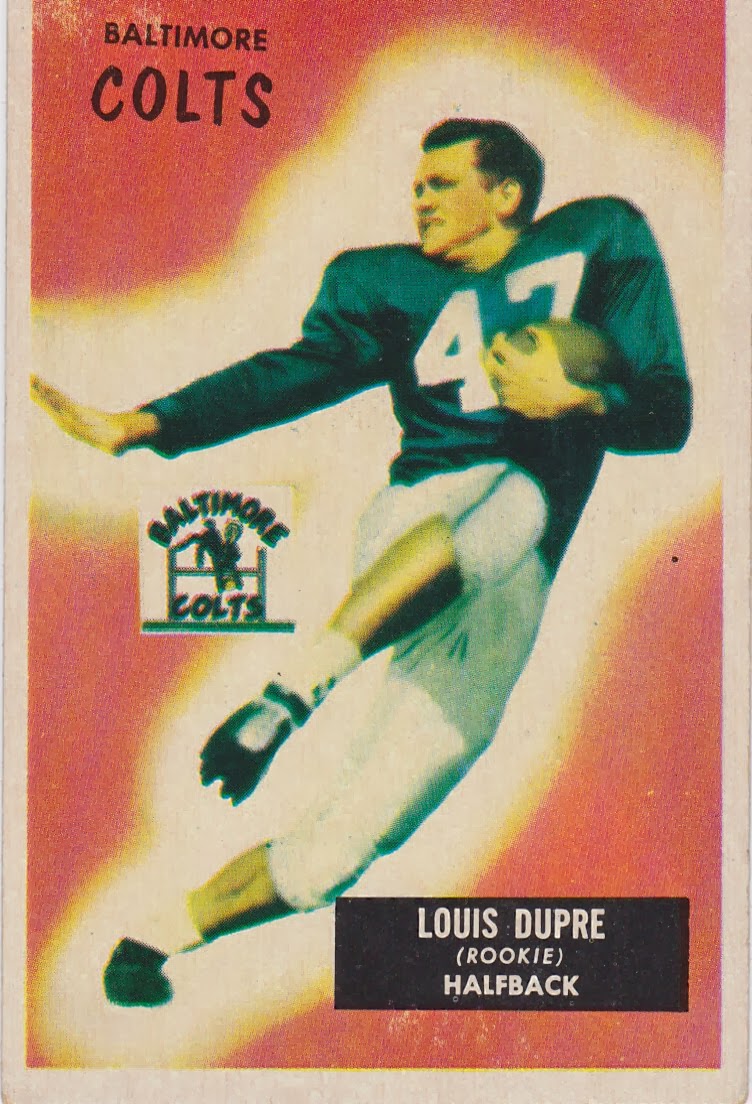 I'm in a real party town today. My wife is running the New Orleans Marathon. I still wonder why they would schedule the race for today but here we are. Since I don't want my wife sitting in a car for a five hour trip back to Houston after she does the race we are staying over until Monday.

That means we will be trying to find a place to watch the game and enjoy some atmosphere in New Orleans. That's a little like saying I'm at the North Pole looking for snow. I really don't have a favorite today. That's usually the case in Super Bowls for me (unless of course the Cowboys are involved and in that case I root for the other team). I just want the game to be entertaining and I always hope my Buffalo wings come out tasty.

I don't have big Super Bowl parties but we do usually make it a family event. When my kids were young we would have fun decorating the living room with streamers and balloons in the teams' colors, making a 'Super Bowl cake' (it looked like a football field with the teams' mini helmets stuck in the icing of the 'end zones) and planning a junk food-laden menu. 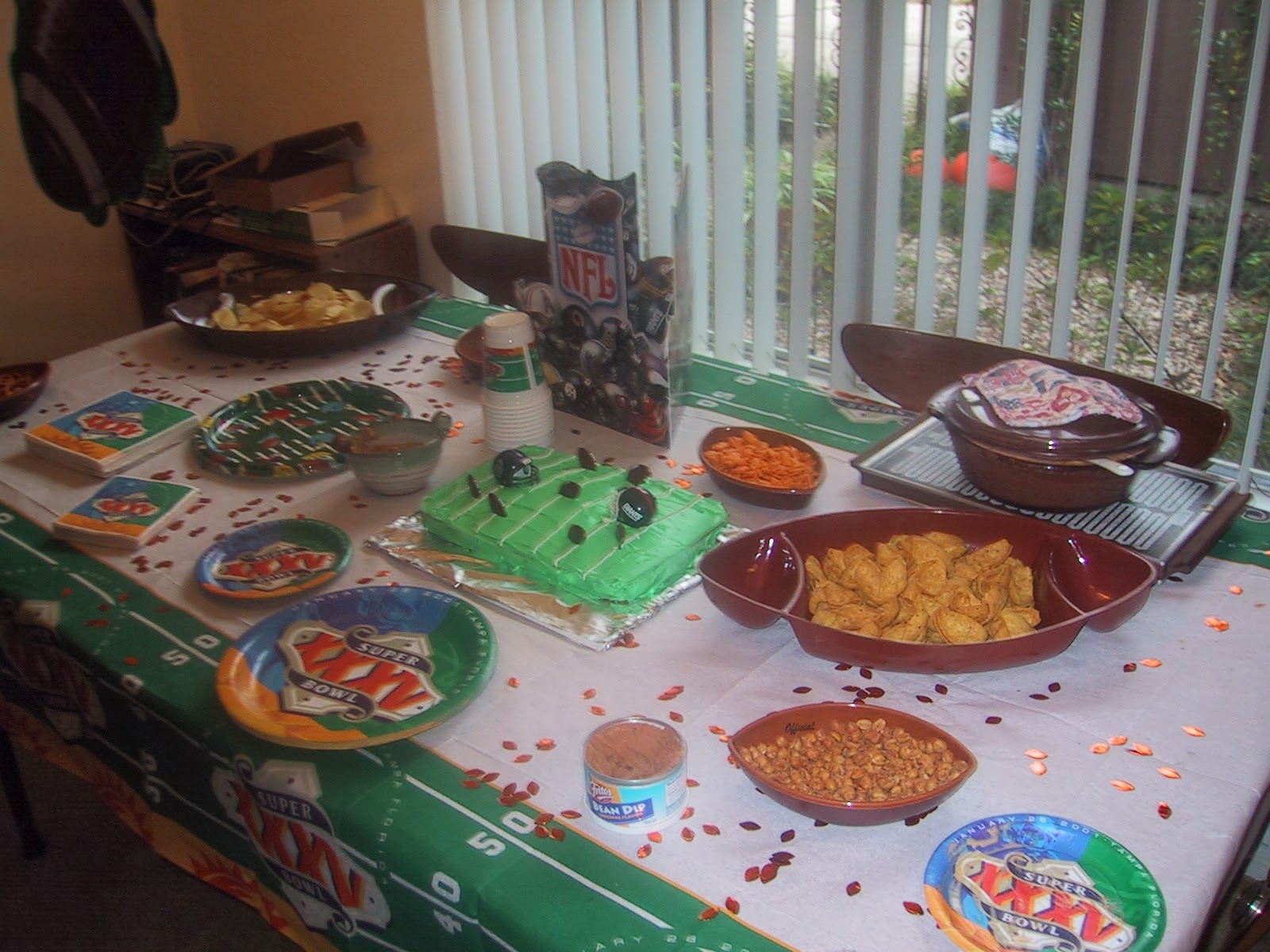 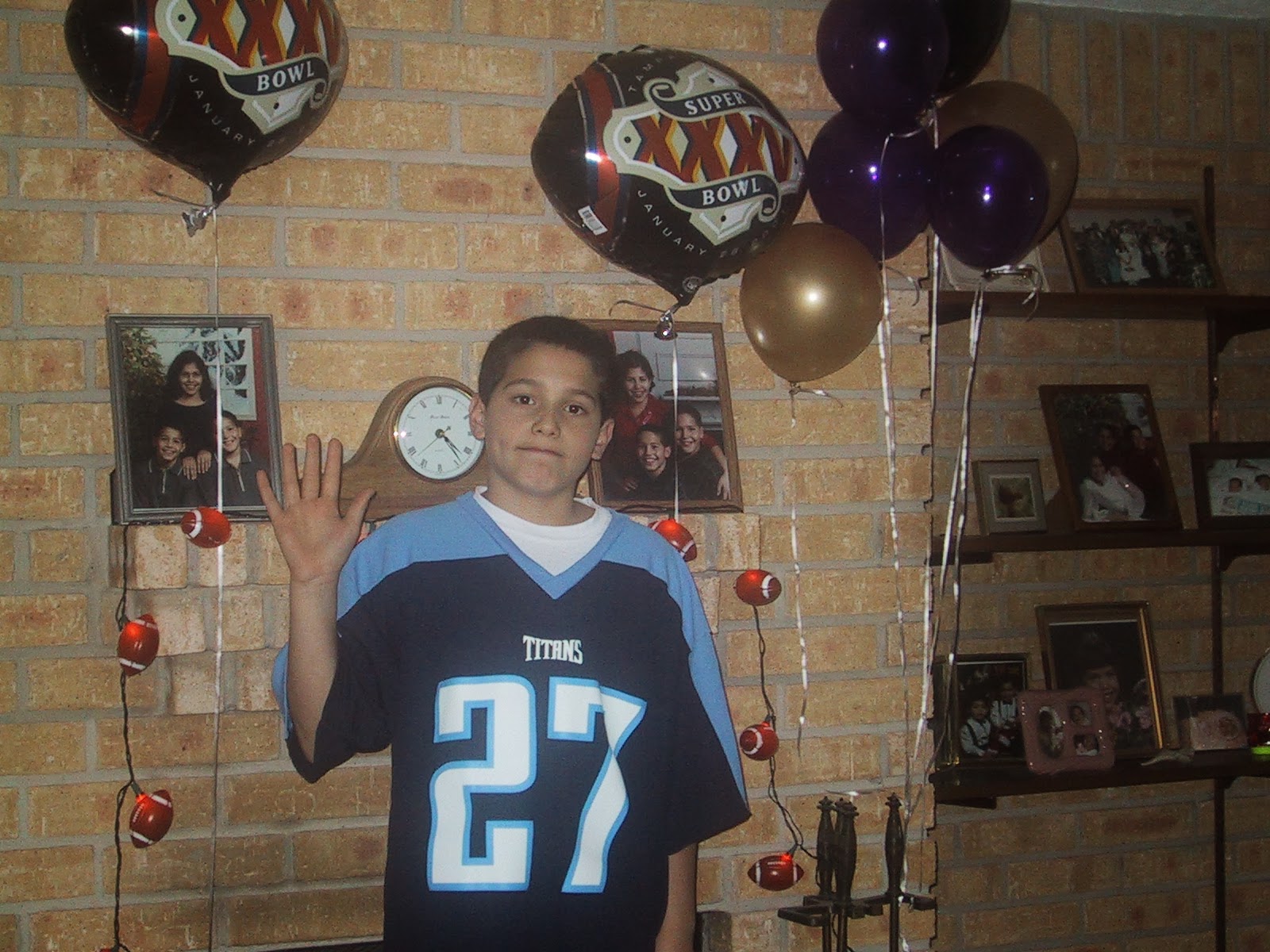 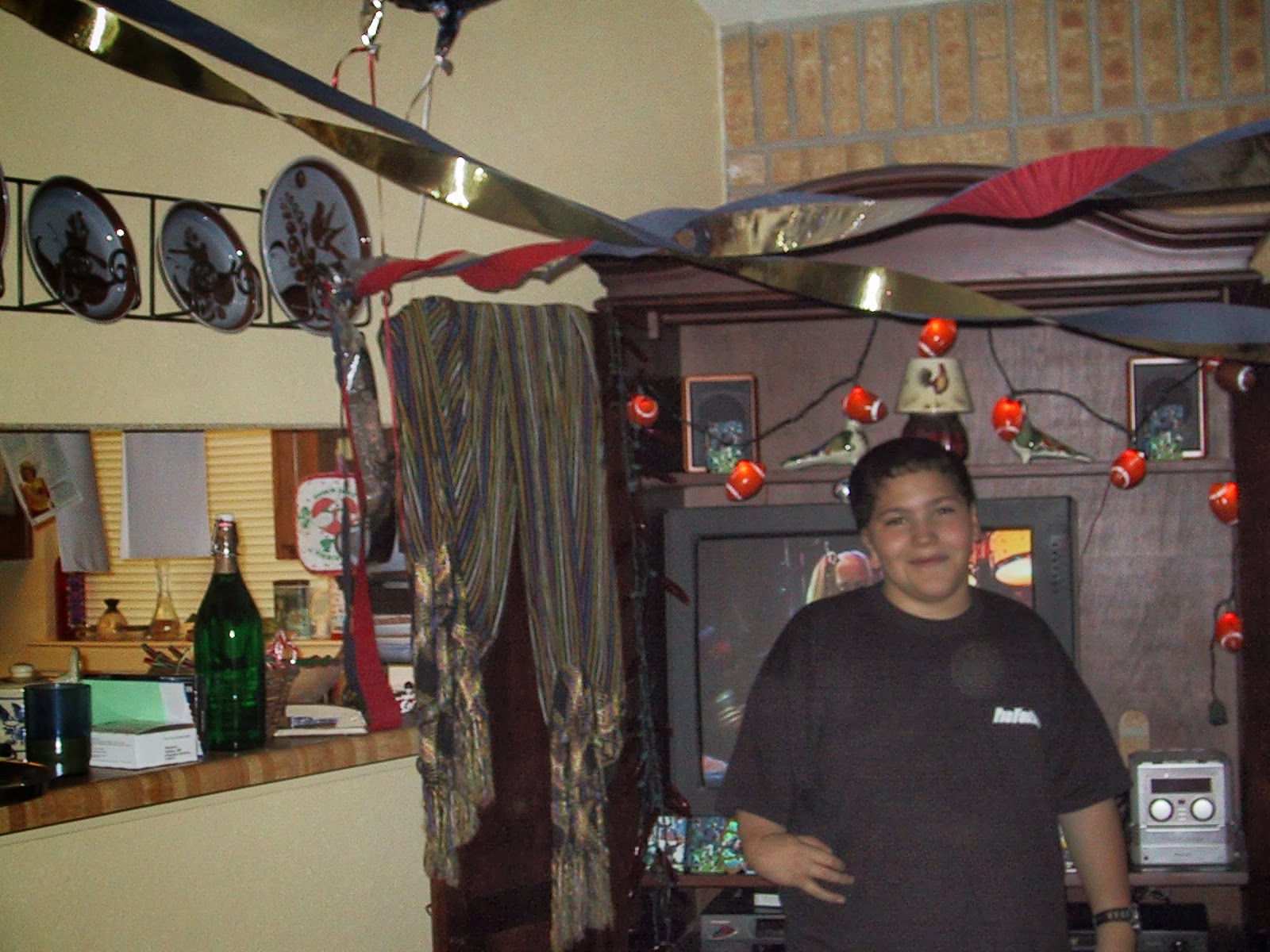 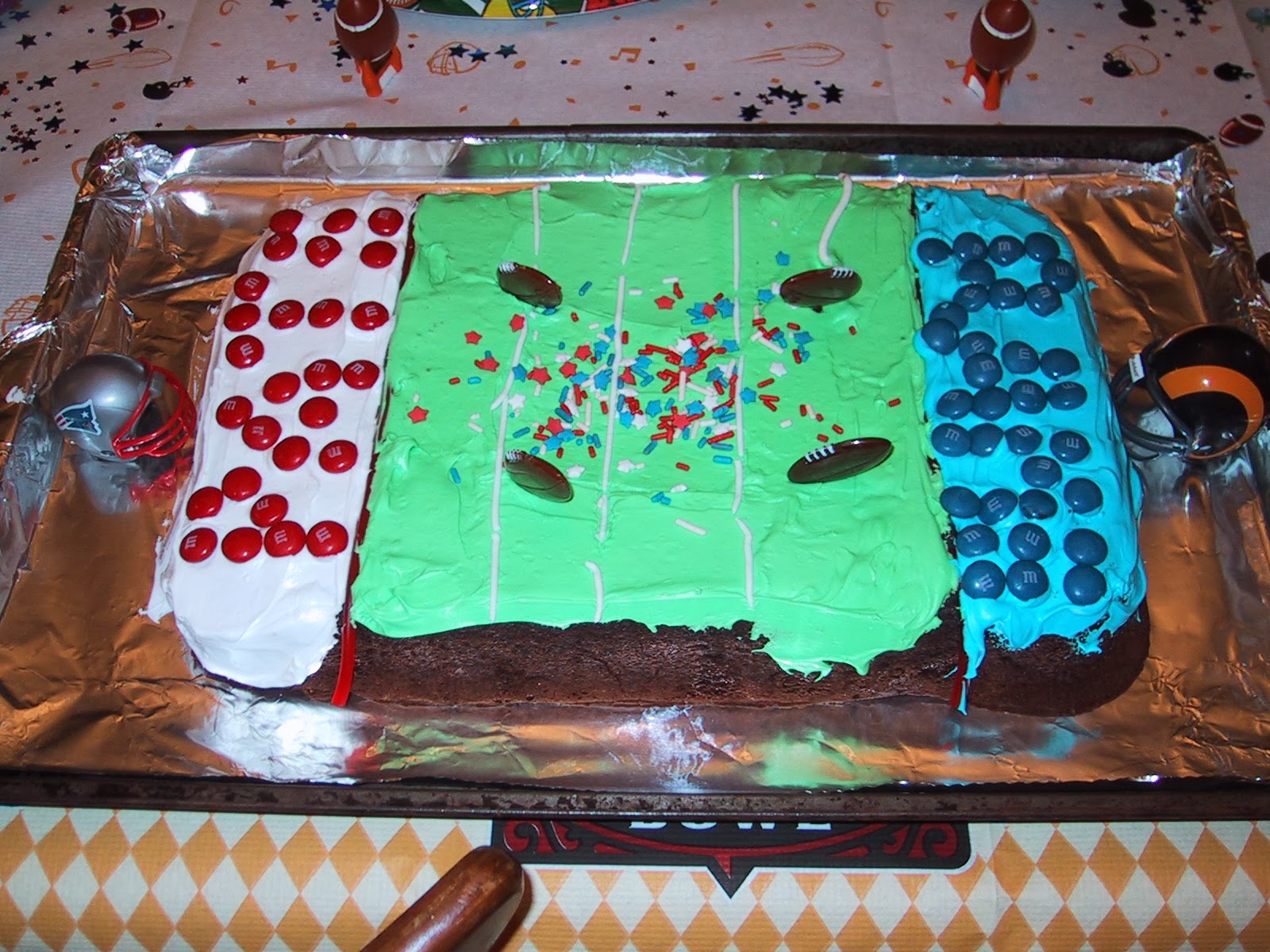 It lost some of it's luster when my boys went off to college and couldn't always be here for the game. And obviously this year there will be no party at all. Which is a shame because for the first time in six years or so both my sons are living in Houston again after graduating.


It's damn near the circle of Super Bowl life, no?

Dupre's real name is Louis George but he was always known as L.G. and his nickname was 'Long Gone' which is really pretty cool. Just saying 'Long Gone Dupre' brings 1950's football to mind, even if you never lived it.

He never had as many as 400 yards in any of his seven NFL seasons. But he got two World Championship rings with the Colts. And he played in the epic 1958 game in which the Colts beat the New York Football Giants 23-17 in overtime. Dupre carried 11 times for 30 yards and caught two passes for seven more. One of his carries was for 11 yards, the first play of the winning OT drive engineered by Johnny U. 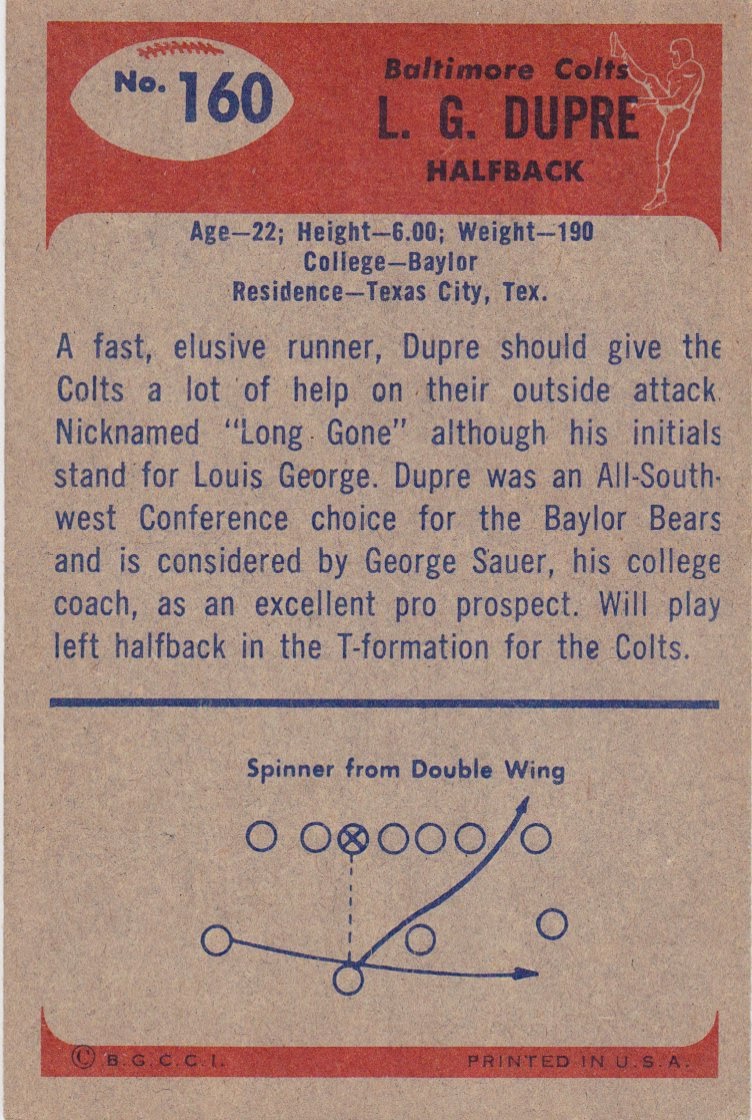 And that card. It came from a one dollar bin at the TriStar show. Love that classic straight-arm, ball tucked pose. And that period Colts' jumping colt logo is a classic. Although the franchise in Indiana uses it from time to time it always makes me think of the days of Johnny U. The card's back contains some old school football terminology. Nobody is listed as a 'halfback' anymore and the 'T-formation' is ::ahem:: long gone. You better watch out for the 'Spinner from Double Wing' that's diagrammed on the bottom, though. I think Peyton Manning still calls that one from time to time.

Two more BALTIMORE Colts from my collection. Both cards from the NFL Championship season of 1959: 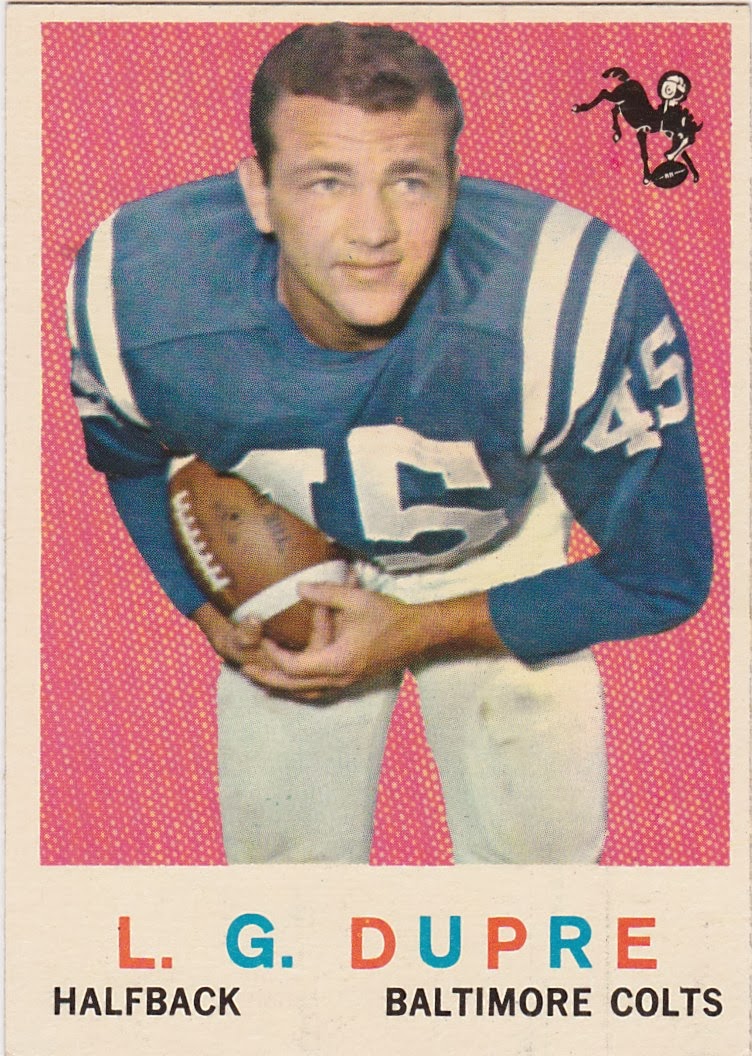 and Hall of Fame DE Gino Marchetti, with the two bar facemask no less. 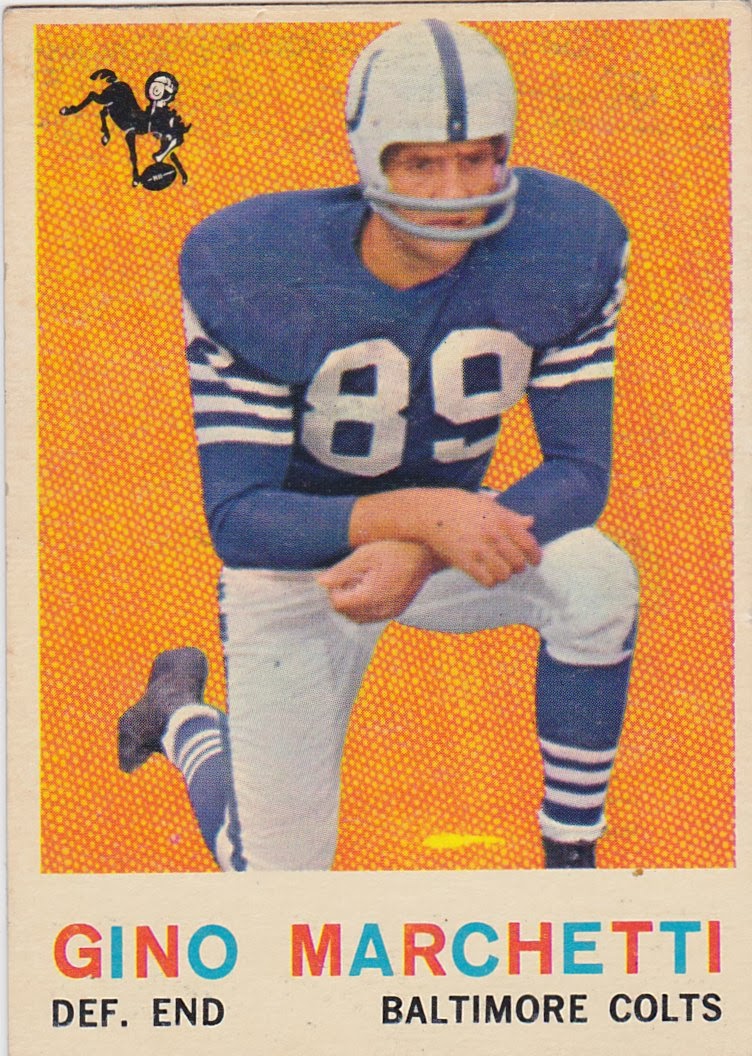