4 Off the Wall Claudia Cardinale cards 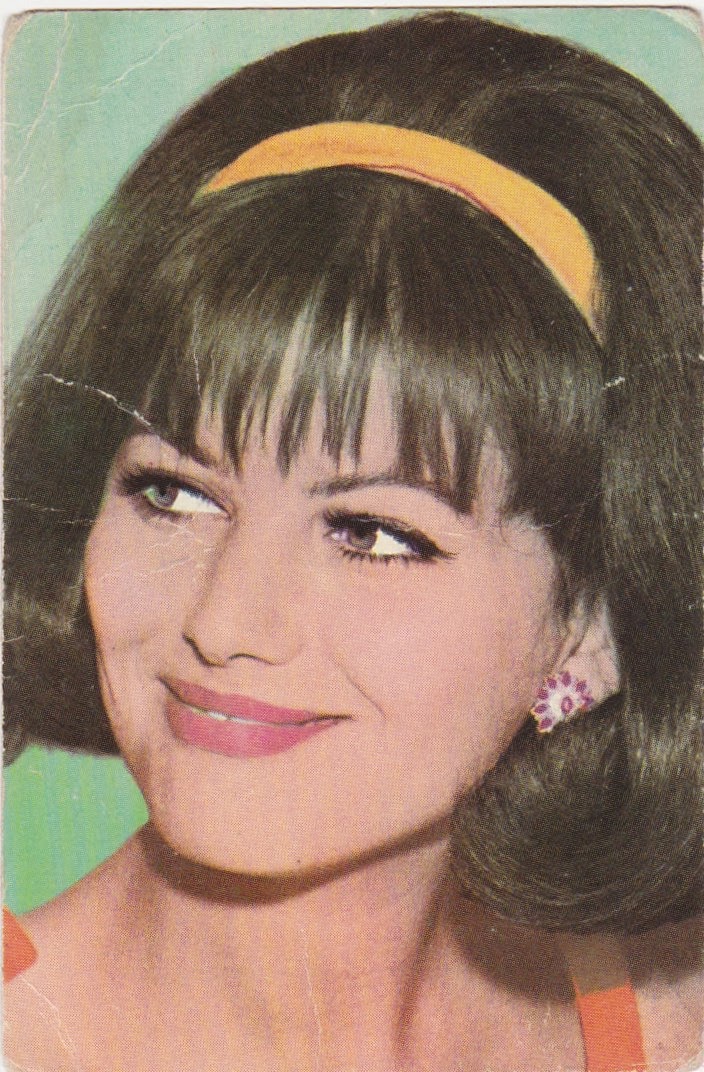 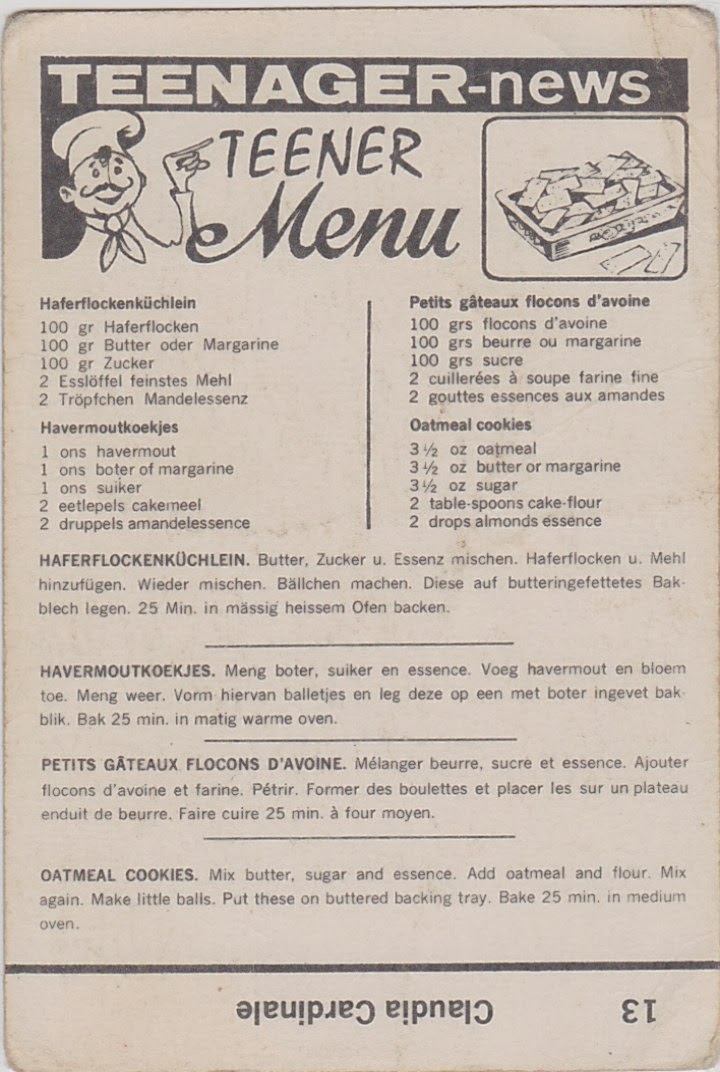 I picked up this small lot of cards off eBay some time ago. I've been a fan of Ms. Cardinale ever since I saw her in Once Upon a Time in the West. I have no idea what the origins are of these cards but they all seem to be European issues. This one and the next one are printed on stock that's thinner than what we consider 'normal', it's more like the paper that is used on those memorial cards that get handed out at funerals. The one up top has a odd back which features a recipe for oatmeal cookies in several languages. But that's not the weirdest reverse among this group.

This next one is almost certainly part of the same or a related set. The inverted name is in identical typeface and the back features another cooking reference, this time a picture of Chef Hans Hofer who pops up on Google as the proprietor of this Austrian hotel/resort. 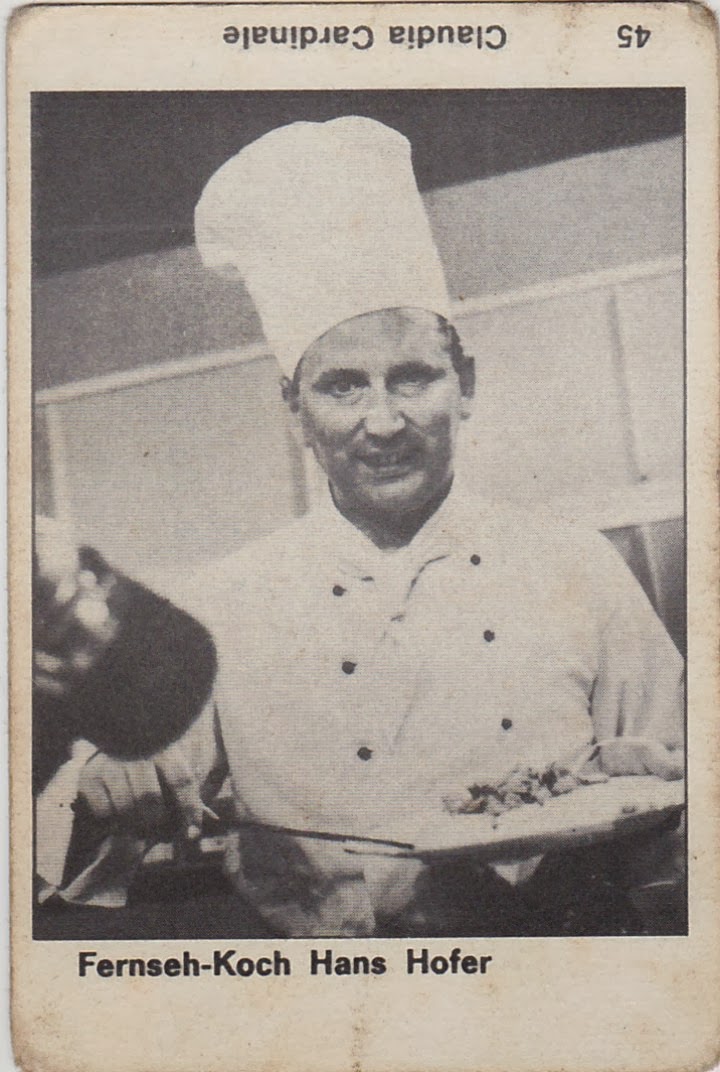 This one is blank backed and is printed on something a bit more like good old fashioned trading card stock. 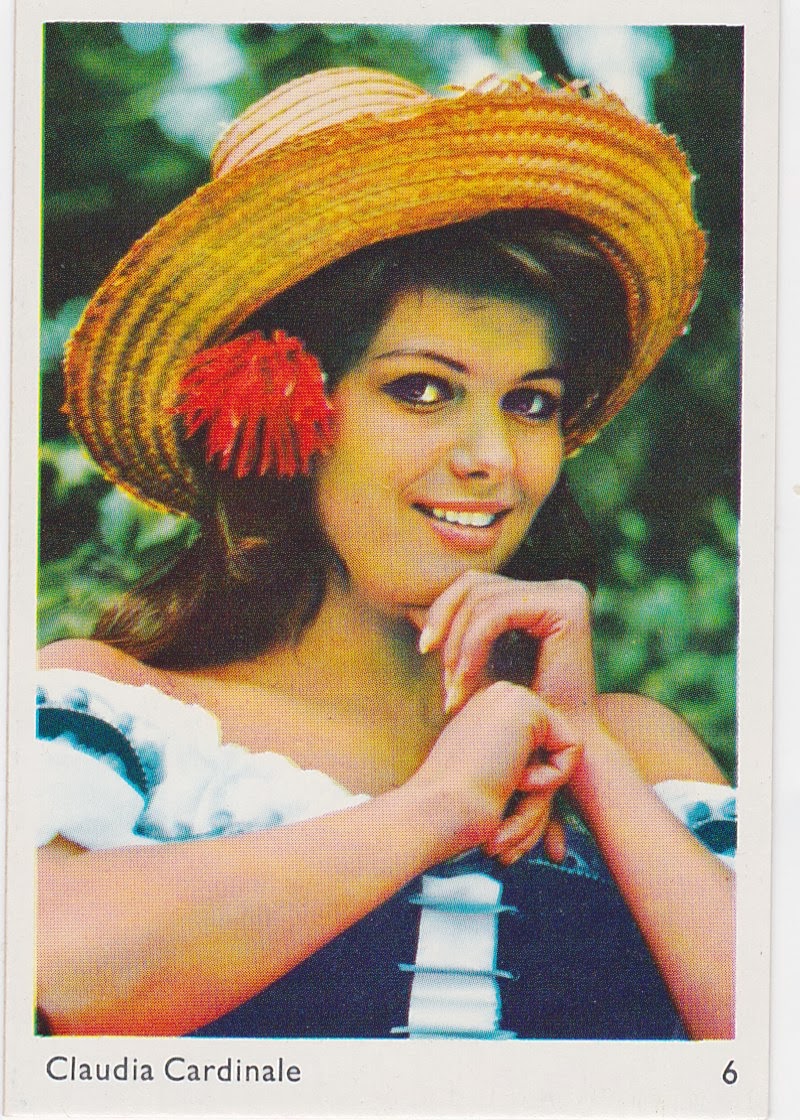 This last one is smaller and the reverse is printed in French (teeny tiny French!). I dug around a bit and found cards from the same series that featured singers and boxers among others. The album shown at the bottom was up on eBay for a couple of hundred dollars. It seems that these cards were a premium somehow related to Victoria chocolate cookies.

I need a linguist. 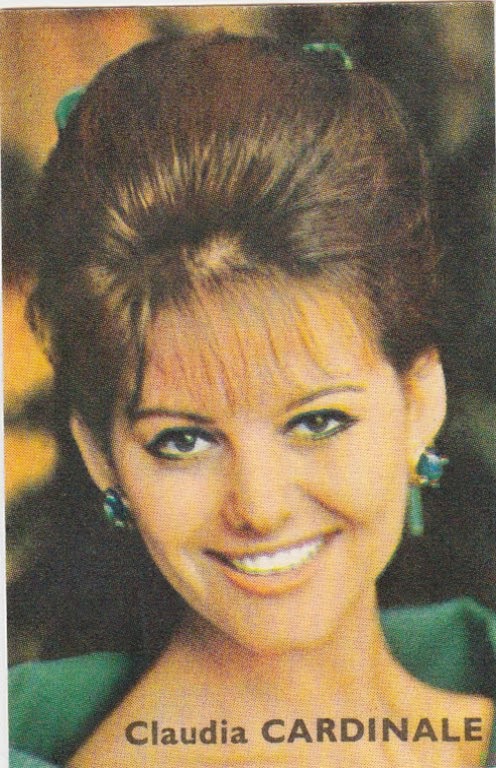 These are not cards but rather just pics of the beautiful Claudia Cardinale. Enjoy:

This one is a still from Once Upon a Time ITW. Any wonder why I love that film? 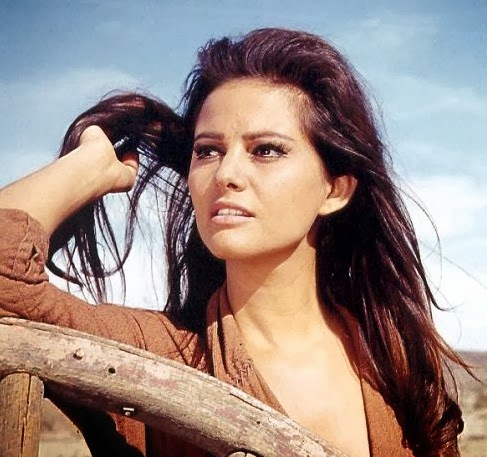 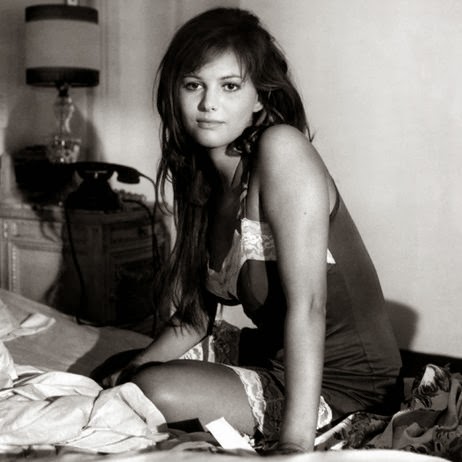