Hoops for the Hell of it 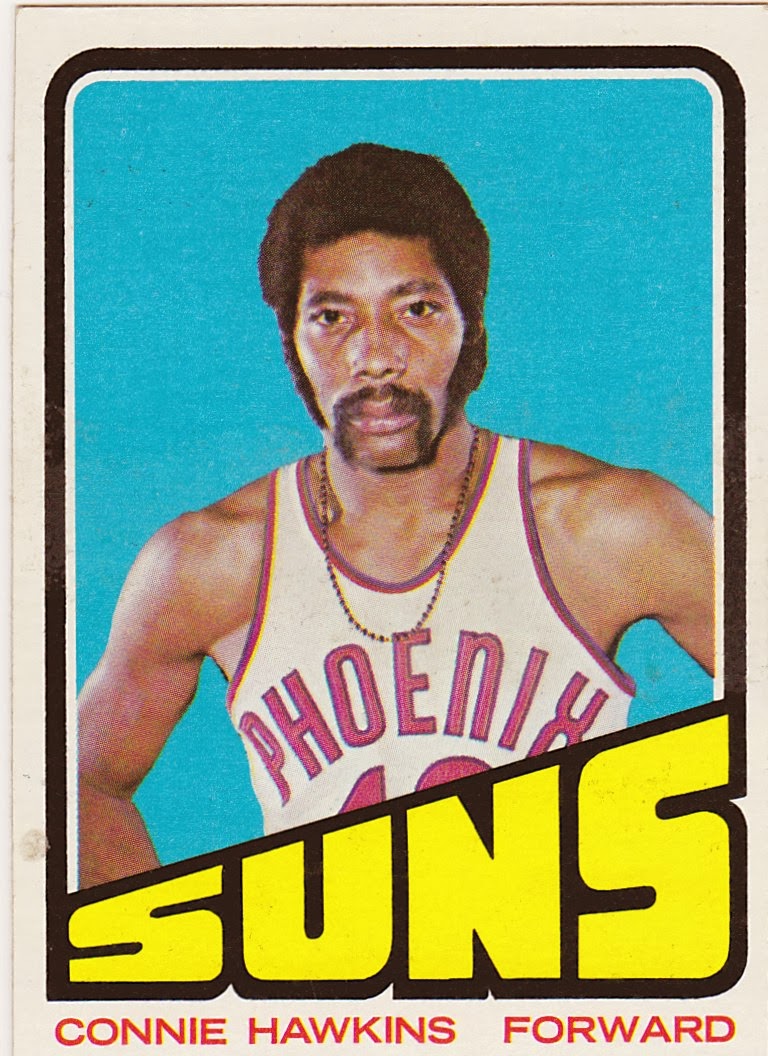 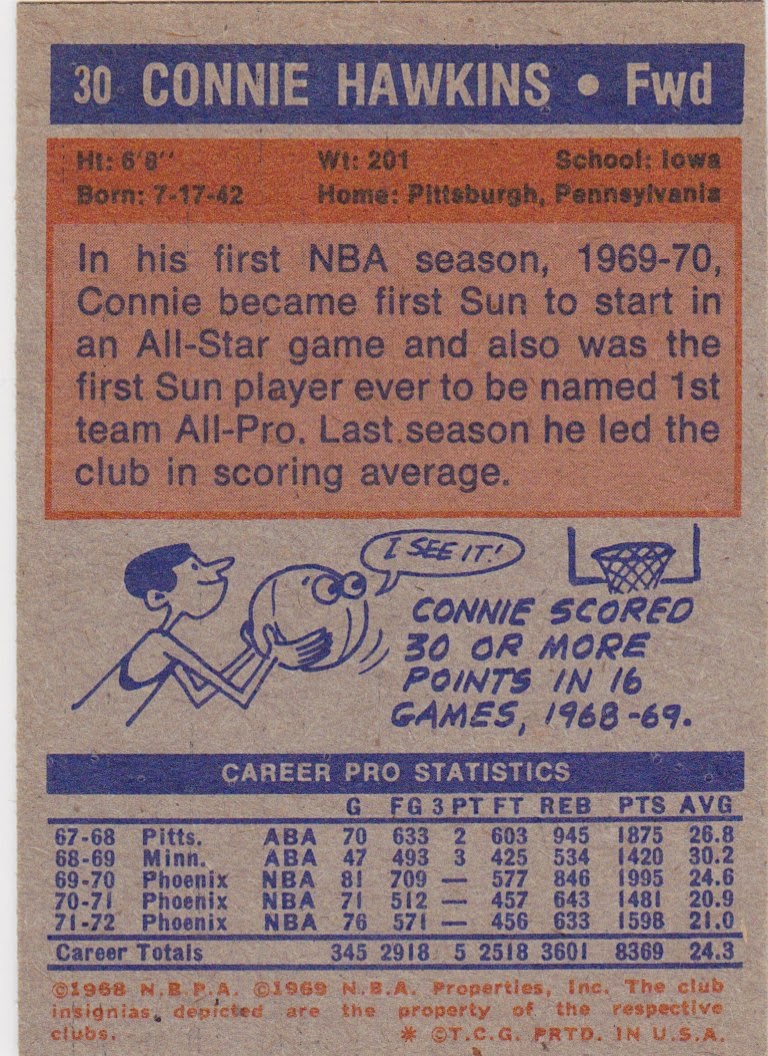 I haven't been an NBA fan for many, many years but once upon a time I followed the pro hoopsters, at least to some extent. Unlike baseball, football and hockey I didn't have a team I could call 'mine'. That would have required too much of an investment of emotion. Rather, I just watched the Sunday afternoon games on ABC with Chris Schenkel doing play-by-play and enjoyed the skills of player I liked. I was a a fan of Oscar Robertson, Bill Russell, Gus Johnson, and Connie Hawkins. 'The Hawk' had extraordinary talent and carried around lots of issues as well. His life story is pretty interesting. But his flash and dash on the court was mesmerizing.

I only have two Hawkins cards, one vintage, the '72/'73 Topps and the modern Fleer card below. Under that is a YouTube video of Hawkins worth checking out. 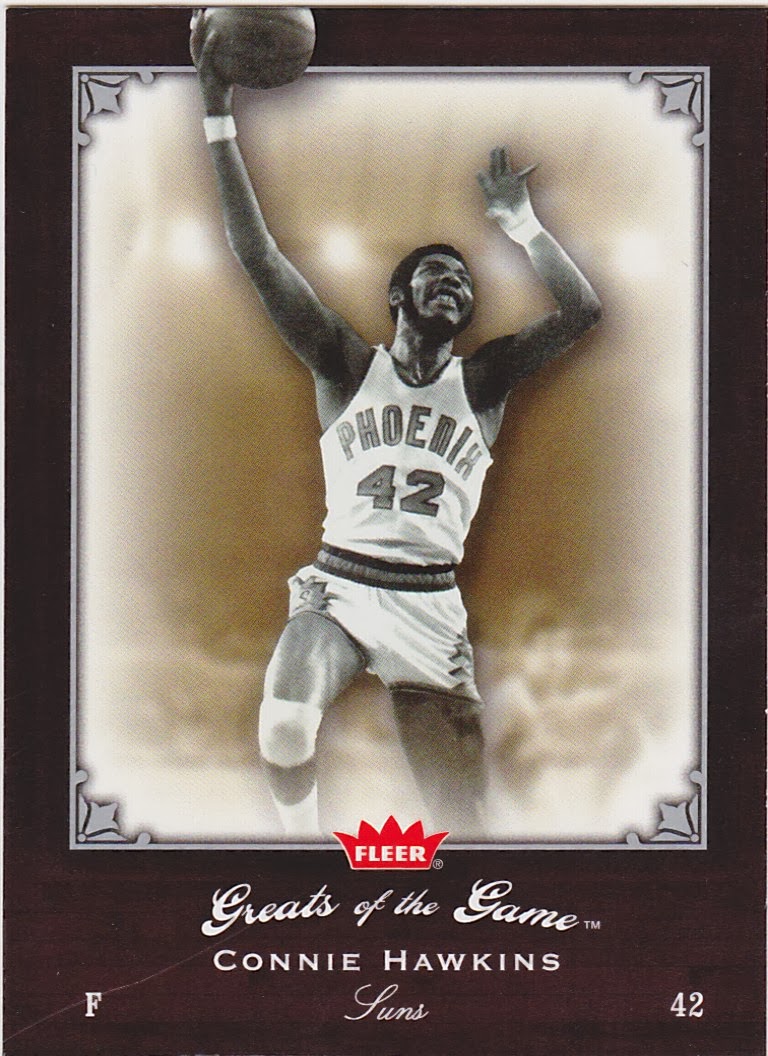 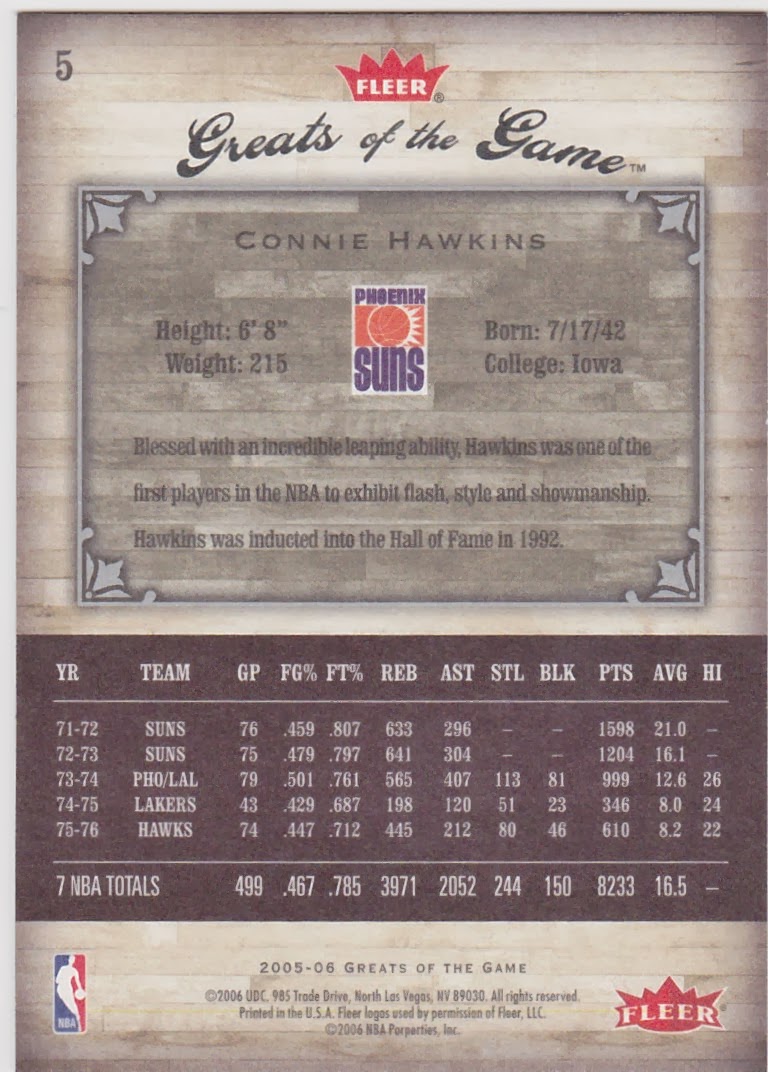