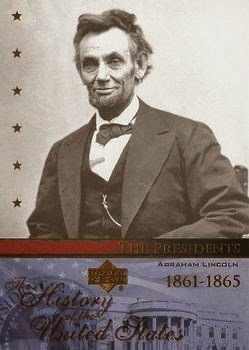 February 12th is the birthday of (IMO) our greatest president and the (IMO, again) most remarkable man this country has ever produced, Abraham Lincoln. I'm a Lincoln-phile and have a couple of shelves of books written about him (not all of which I've read yet). I have a couple of modern cards that depict him. This is some sort of Upper Deck card. I've never really looked into the whole set.

There are two other birthdays of note (to me) today. First off is former big league reliever Don Stanhouse. He spent two seasons ('78/'79) as the closer in Baltimore and took at least that many years off my life. I was working at the late, much lamented Houston Post back them and most evenings I'd hang out in the sports department tracking the O's on the AP ticker. His innings took forrrevvver. Seemed like he'd go 3-2 on every guy he faced and he worked so damn slow.

I know Earl Weaver called him 'Full Pack' because he claimed that's how many smokes he'd go through in a Stanhouse inning. So Happy Birthday Don Stanhouse, wherever you are. 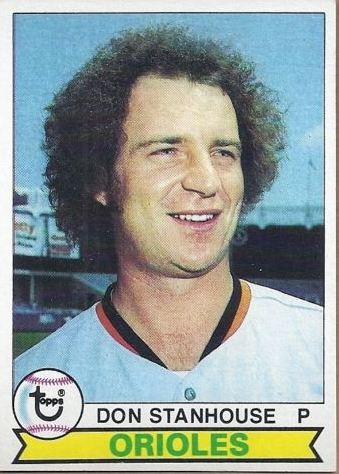 I spent the 1967 season as a temporary resident of Houston. My father was 'on loan' to the Shell Oil's Houston division helping the company get ready for the moving of their headquarters from New York. That year my father and I got to see a lot of games in the Astrodome using the Shell corporate seats right behind home plate. And I DO mean right behind it...we were in the second row behind the ump. That was my first look at Don Wilson. Maybe it was the vantage point but he was incredibly impressive as a pitcher. He threw serious high heat. The sound of the catchers's glove was something my father always commented on. I'd never been that close to a major league pitcher-hitter confrontation and I wondered how those guys had the guts to stand in against Wilson.

And oddly it seemed that through the years (we returned to Houston for good in 1970) Wilson was always the Astros' starter when we went to a game. It became a running joke. Because of that Wilson became one of my favorite Astros player. When he died so mysteriously at the age of 29 in 1975 it was pretty shocking.

I'll always remember reading about his second no-hitter and wishing I could have seen it. It came in May of 1969 against Cincinnati a day after the Reds' Don Maloney had no hit the Astros and supposedly shown some disrespect or at least that was how Wilson and the Astros saw it. Reportedly after the last out of his gem Wilson charged the Reds' dugout and had to be restrained. He was just that kind of guy. 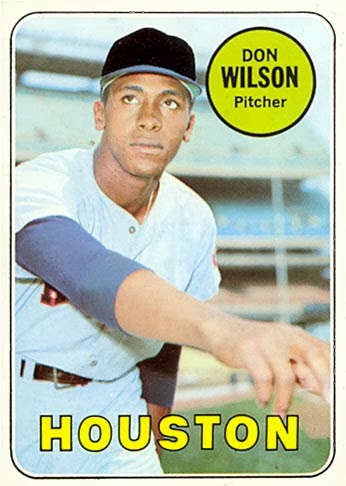 Posted by Commishbob at 8:34 PM