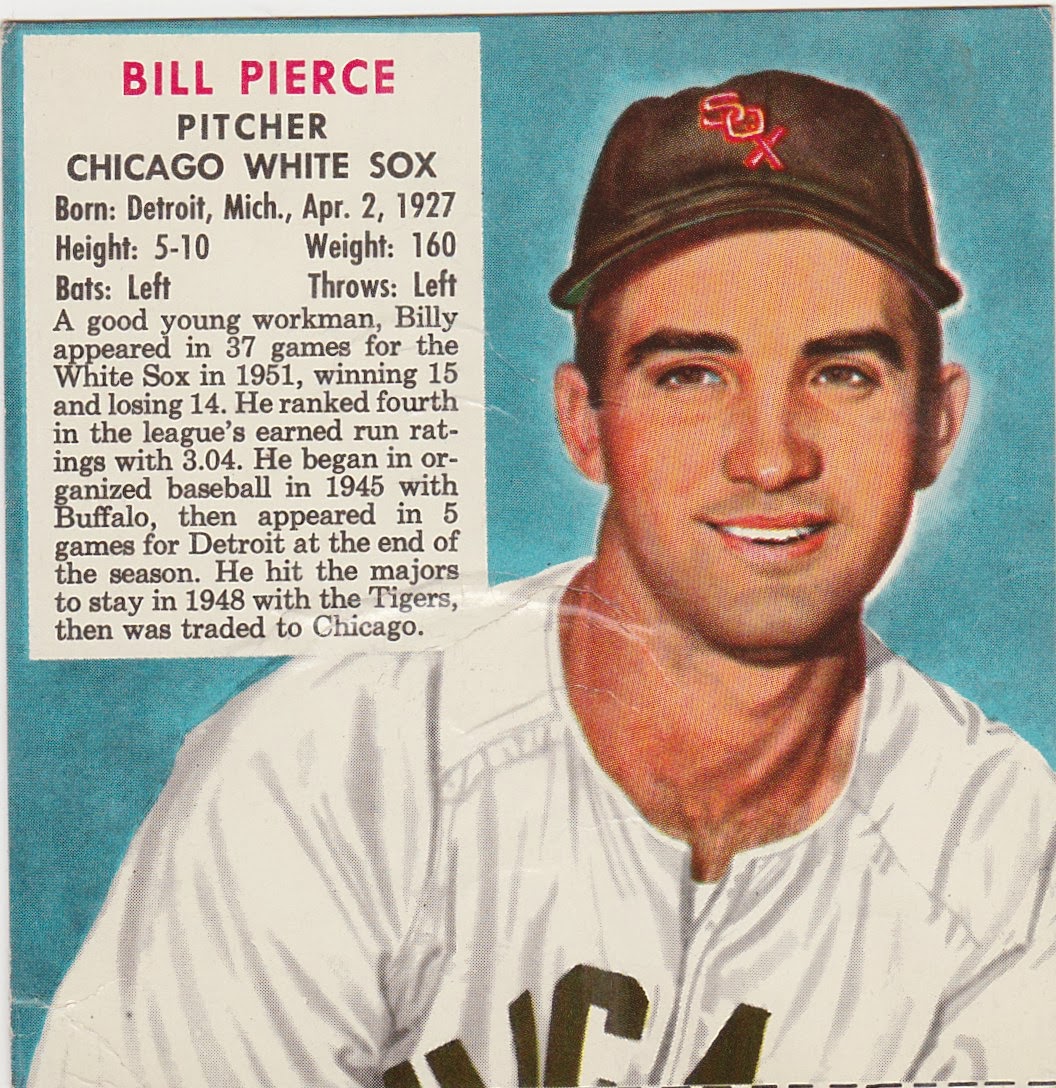 I'm perplexed by scanning technology (well, truth be told I'm perplexed by lots of things, like why anyone would eat creamed corn or watch the Pro Bowl, but those are separate topics).

I bring up scanners because these three Billy Pierce Red Man Tobacco cards I picked up on eBay have some real flaws. But my scanner tends to gloss them over. Oh, you can see the crease in the '52 card above but it's much more pronounced in hand. But the scans of my BALTIMORE Colt media guides make them look like someone took a chainsaw to 'em when in actuality they are just soooo damn pretty.

But anyway, back to the Pierce cards. I have had a 'saved search' for them on eBay for years. I didn't check it that often but when I did I found sadly miscut examples or overpriced graded and slabbed ones. A month or two ago I found a dealer who I bought from several times in the past was offering all three of the cards.

Each is flawed to some extent but none of them are butchered. And the total for all three shipped was about $17. That was hard to pass up. 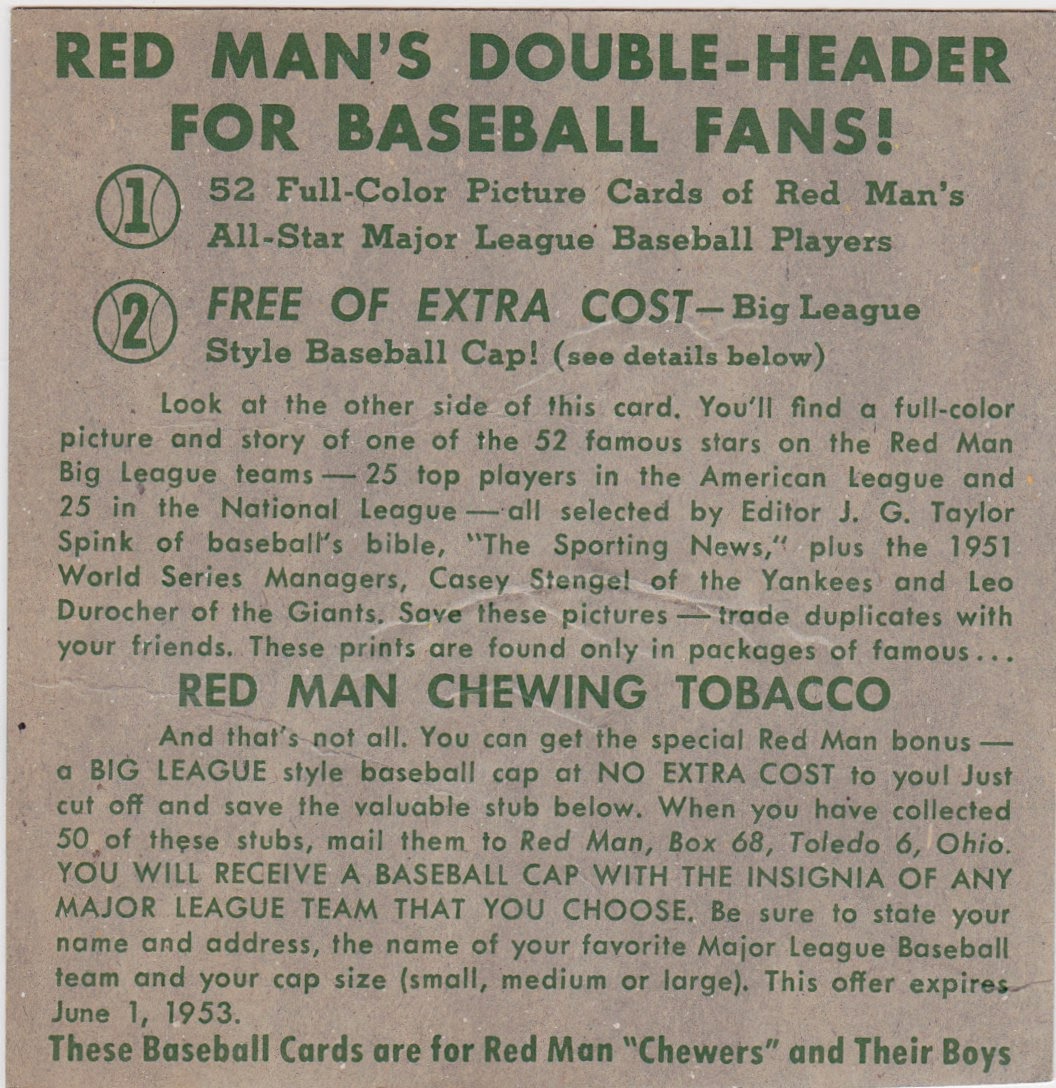 All three cards have the same image of Pierce with different tints and the '53 (see below) has a ballpark background. That one is by far the best of the bunch as far as condition goes. It has the 'tab' or 'stub' removed but that's of little consequence in my eyes. The lack of serious creases and the background make it my favorite of the three. 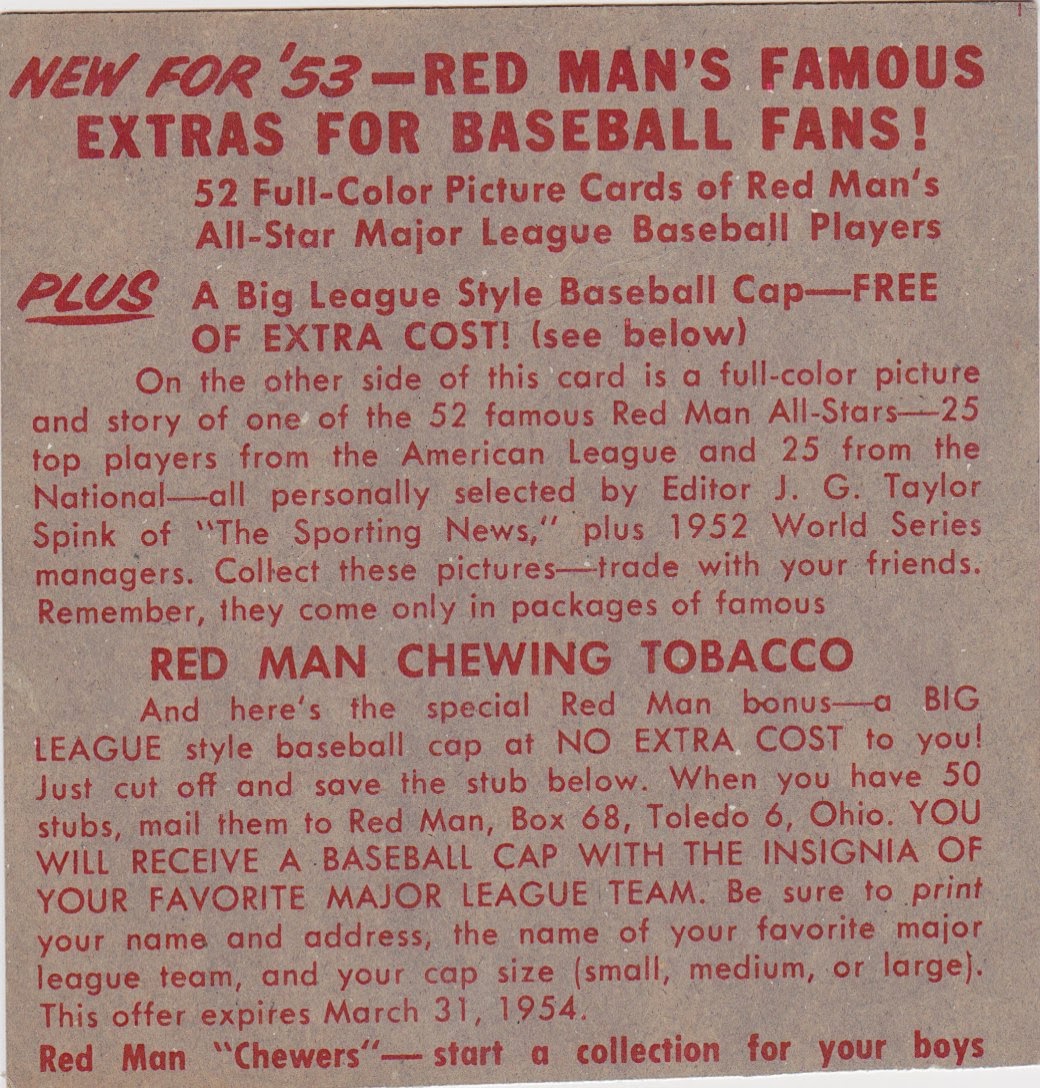 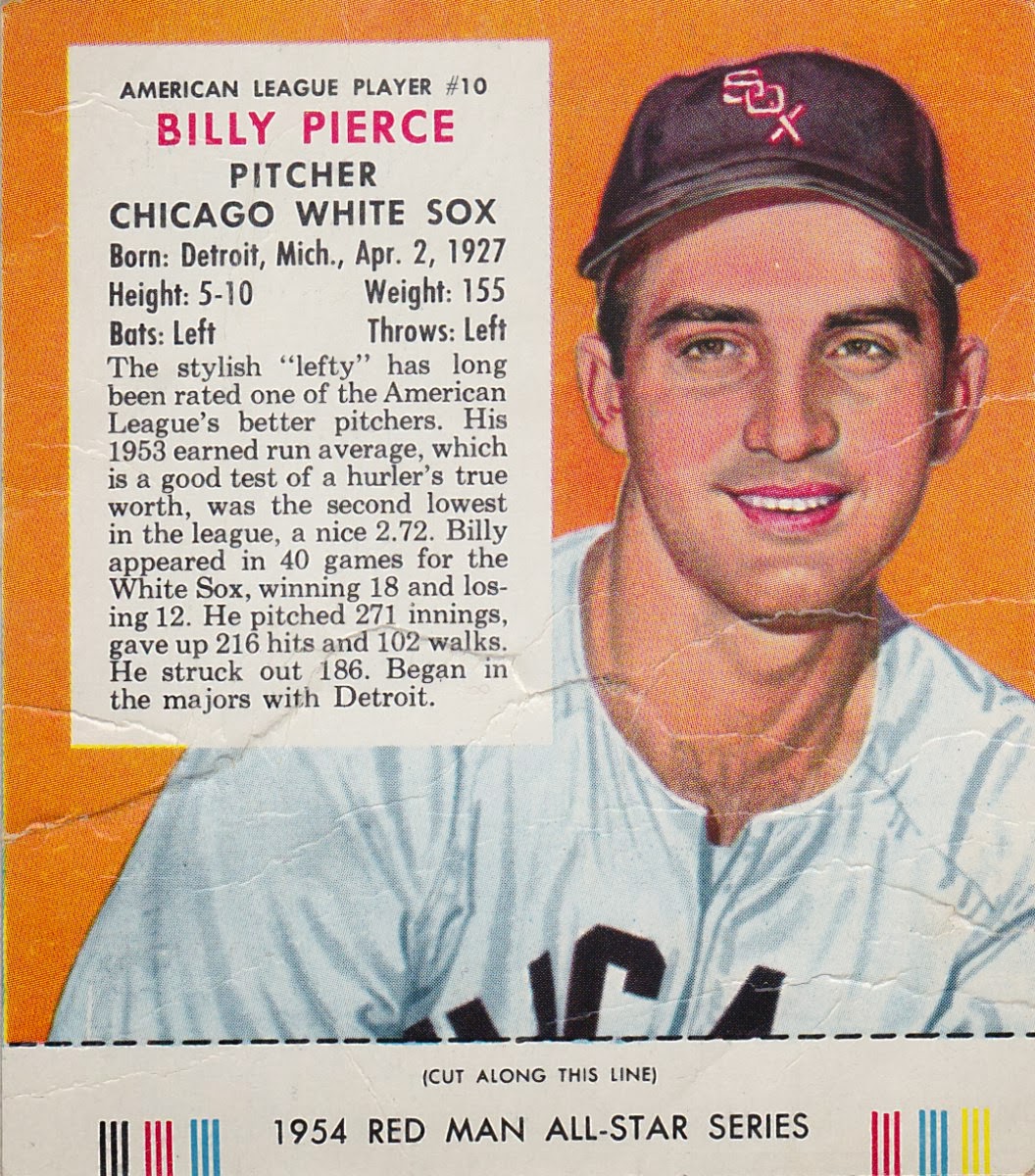 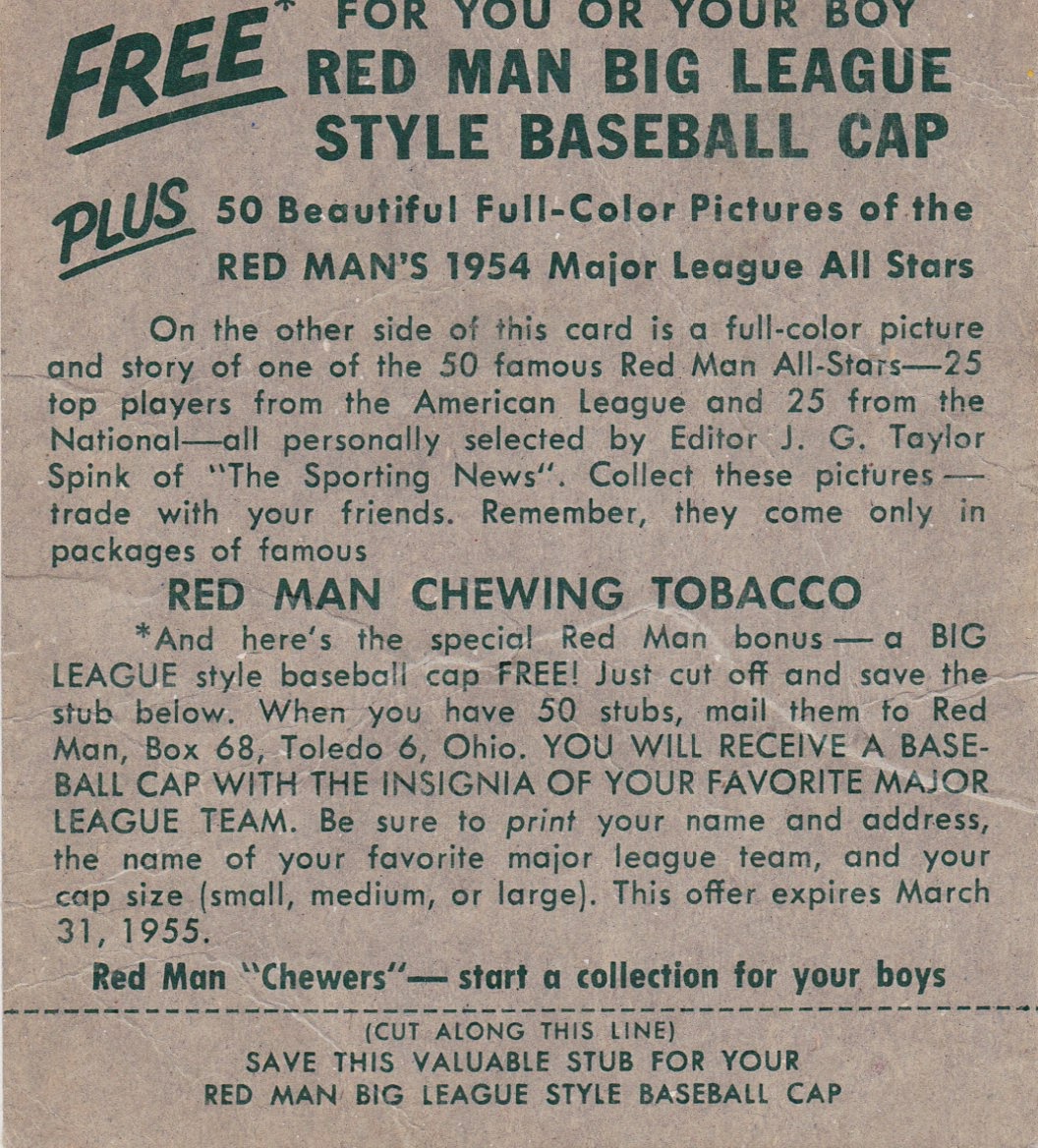