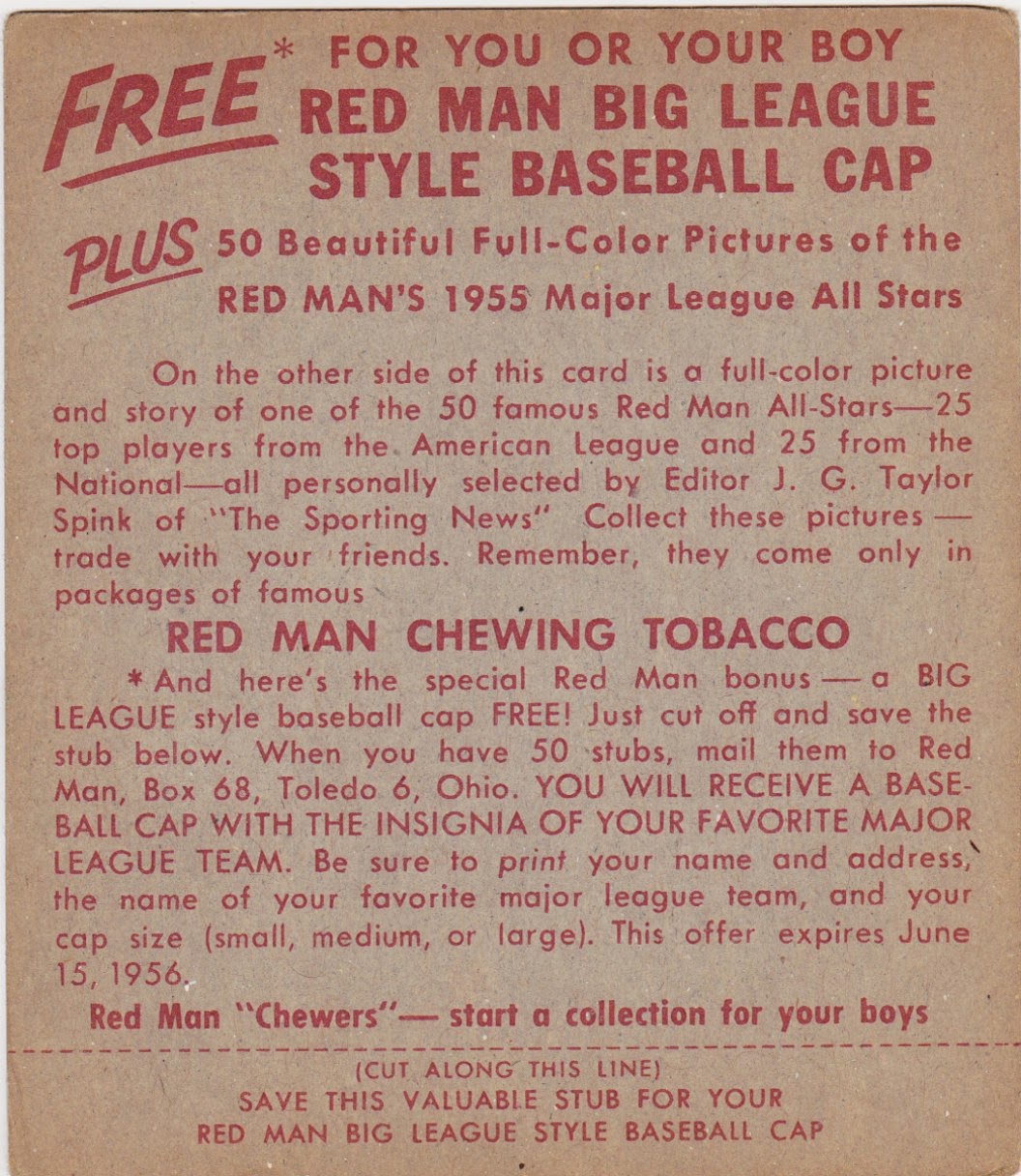 It appears that Joe Coleman not only appears on a Red Man Chewing Tobacco card, but he uses the product as well.

Neat little set these Red Man cards. This is the only one I own other than the three Billy Pierce examples I posted earlier this month. Coleman is one of only two Orioles to appear in the set's four year run. The other is Sam Mele who was shown as an Oriole in one version of his '54 Red Man and as a member of the White Sox in another. I read someplace that the Oriole version is more common but I think that is a mistake. I can't find one on line for any price and yet the ChiSox Mele is readily available. I need to do more checking.

Joe Coleman won 13 games for the Birds in 1954, second to Bob Turley's 14 wins that first year of the relocated franchise. He won 52 games over 10 seasons with the Athletics, Orioles and Tigers. He is the father of the Joe Coleman who pitched in the majors for 14 years beginning in 1965 and who twice won 20 games. He is also the grandfather of Casey Coleman (the 2nd Joe's son) who last pitched for the Cubs in 2012 and is still in their system.