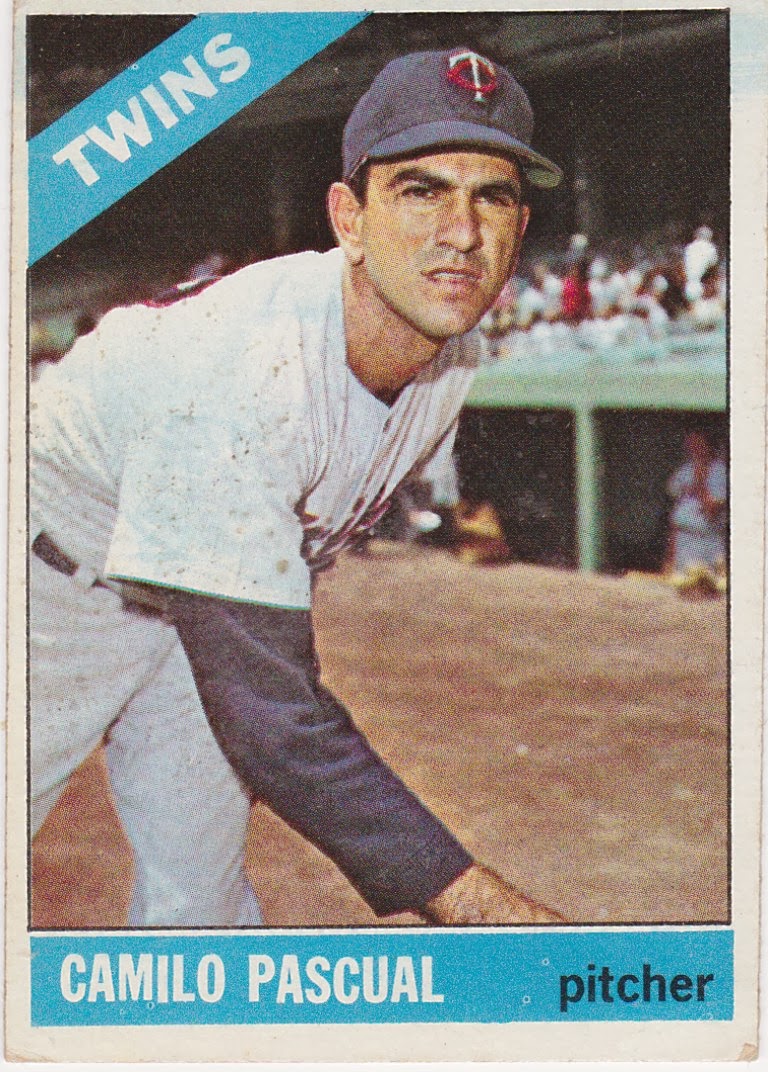 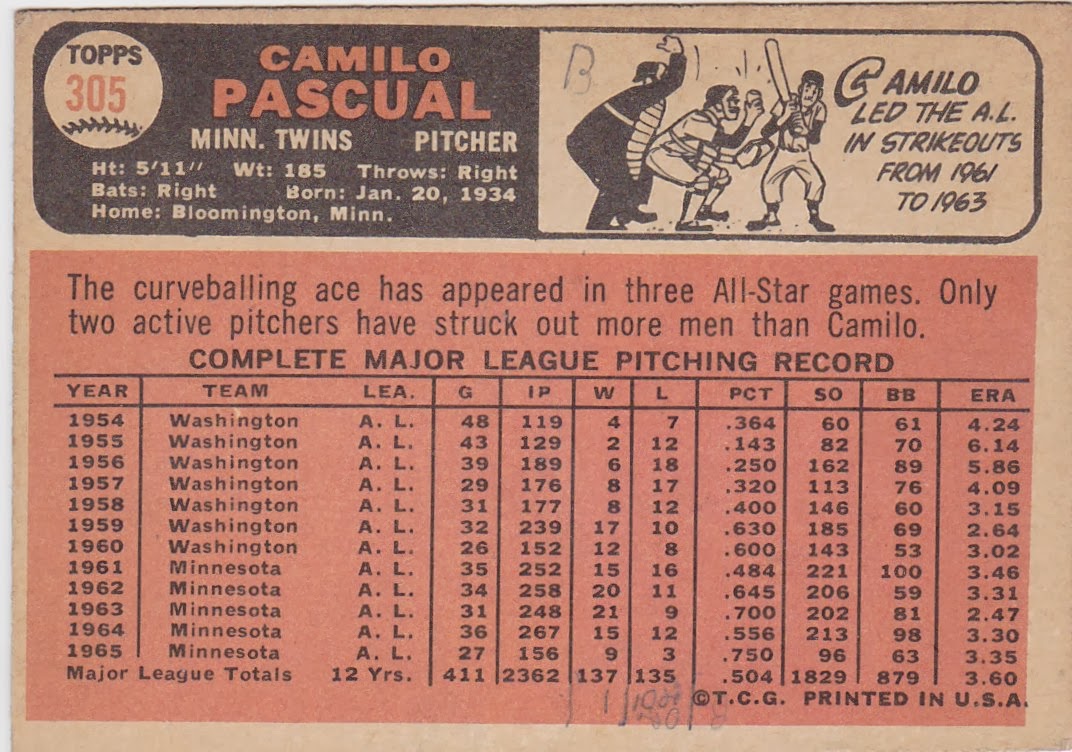 This is another bargain bin score from the card show late in January. My man Camilo poses in front of the third base dugout in Yankee Stadium. Three years prior to this card being issued I was witness to one of the strangest scenes I've encountered at a ball park. It involves Pascual, that park and that dugout. I have told this story over on my 1959 Topps blog but I thought it might be worth posting here for those who haven't seen it.

My Dad and I were at a Yankee Stadium doubleheader between the Twins and Yanks on July 28 of 1963. We were there for most Sunday games in those days. This one quickly became very different. Not because the Twins won beating 'Mr. Sunday start' Whitey Ford, but because of what happened in the bottom of the second inning with Pascual on the mound. 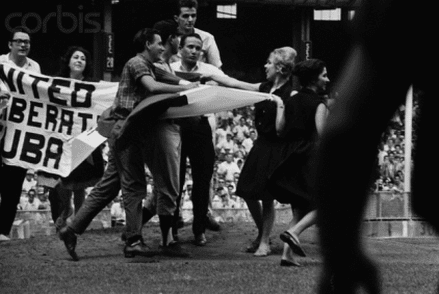 A group of Cuban Nationals including several women came over the railing near the Twins dugout and headed for the mound. The carried a Cuban flag and a banner (I had forgotten about the banner but I always remembered that flag). They wrapped the flag around Pascual before security had a chance to react.

It was fairly easy to verify the date of the game using Baseball Reference because I was able to quickly go through Twins-Yankee doubleheaders in New York in the early 60's. But I spent a lot of time off and on through the years trying to verify the details of the incident. I knew someone out there had to have a story or a picture or even just an off-hand reference to something so unusual. I considered writing to Pascual about that day but I didn't know how to find him.

Finally my Google searches yielded this page and I knew that someone else had remembered the incident. Then I got serious and dug though Google images until the picture above showed up on Corbis along with the original caption from the Bettman Archives:

Original caption: 7/29/1963-New York, NY: Anti-Castro Cubans wrap a Cuban flag and a banner calling for he liberation of Cuba around countryman Minnesota pitcher Camilio Pascual during the second inning of the first game of a double header with the Yankees 7/28. The demonstrators were led off the field by police. Pascal fled Cuba two years ago, abndoning[sic] all his property. He beat the Yankees, 5-1.

And that's how I unraveled the mystery of my nearly half-century old memories of Camilo Pascual and the Cuban flag. I don't collect his cards per se but I have a couple and they represent a fun experience I shared with my father.

To wrap up this post here is a picture I found of Pascual and Fidel Castro. 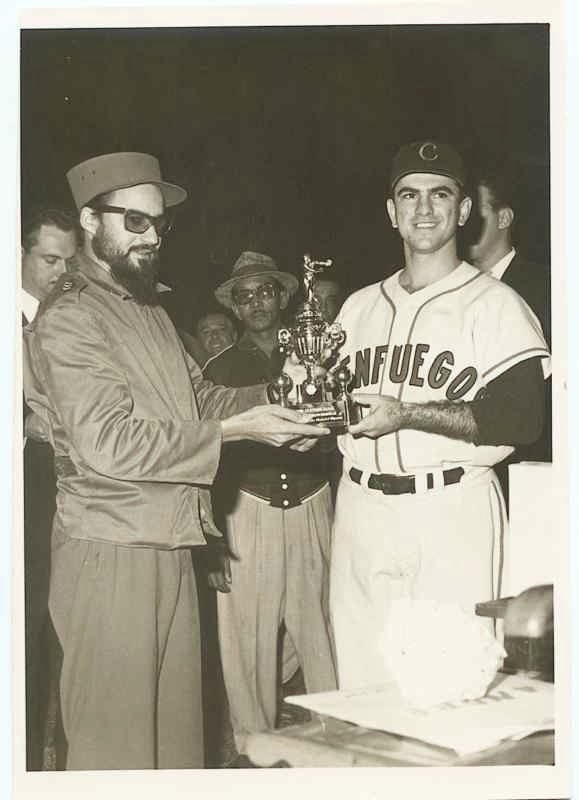