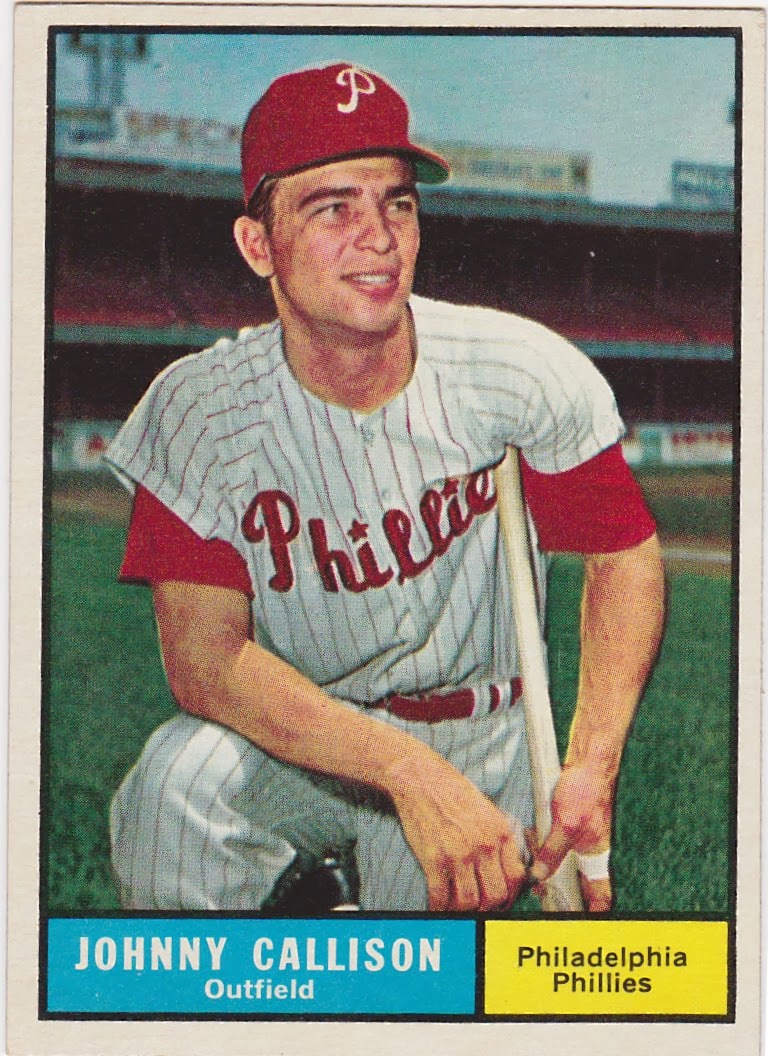 One of my 'slow and aimless' projects/collections centers around Johnny Callison. Unlike my Billy Pierce PC I don't even have a checklist of Callison cards. I keep the ones I have in a box on a shelf and when the mood strikes or I stumble across one cheap online I have to go though my little stack to see if I really need it.

When I began seriously following baseball Brooks Robinson quickly became my favorite player, and he remains so today. But I also followed the Phils, to a lesser extent than the Orioles to be sure but I followed them nonetheless. I guess it was just to have an National League team as my best friend was a fan of the Giants and my closest cousin was a Braves guy. I suppose I didn't want to be left out.

And I latched on to Johnny Callison pretty quickly. I'm not sure why. With Brooksie it was simple... he was THE guy on MY team, period. With Callison it might have been his 1960 Topps card which showed him wearing his cool S-O-X cap form his tenure with the White Sox posing in Yankee Stadium which was the only ballpark I knew at that point and yet ID'd him as a Phillie.

Our maybe it was that cool 1961 Callison. I picked one of those up a few weeks ago and I remembered it from back when it was new (or I think I did). Connie Mack Stadium looks pretty sharp behind him in that picture. 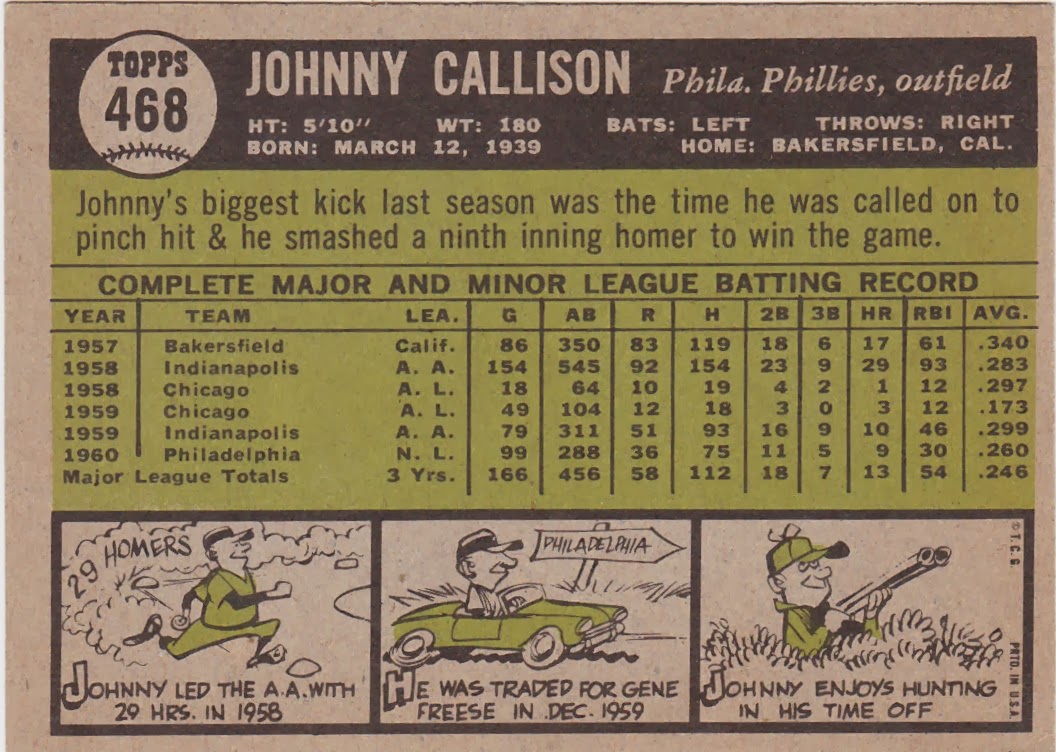 I know for sure I had a '63 Fleer Callison. I remember those cards creating a stir when they came out. I remember the cookie that came in the pack but unlike Topps' gum, I can't remember what it tasted like. They were really neat cards, though. I had quite a few. I've picked up some over the last few years but I doubt I'll ever try for the whole set. I did grab a Callison though. 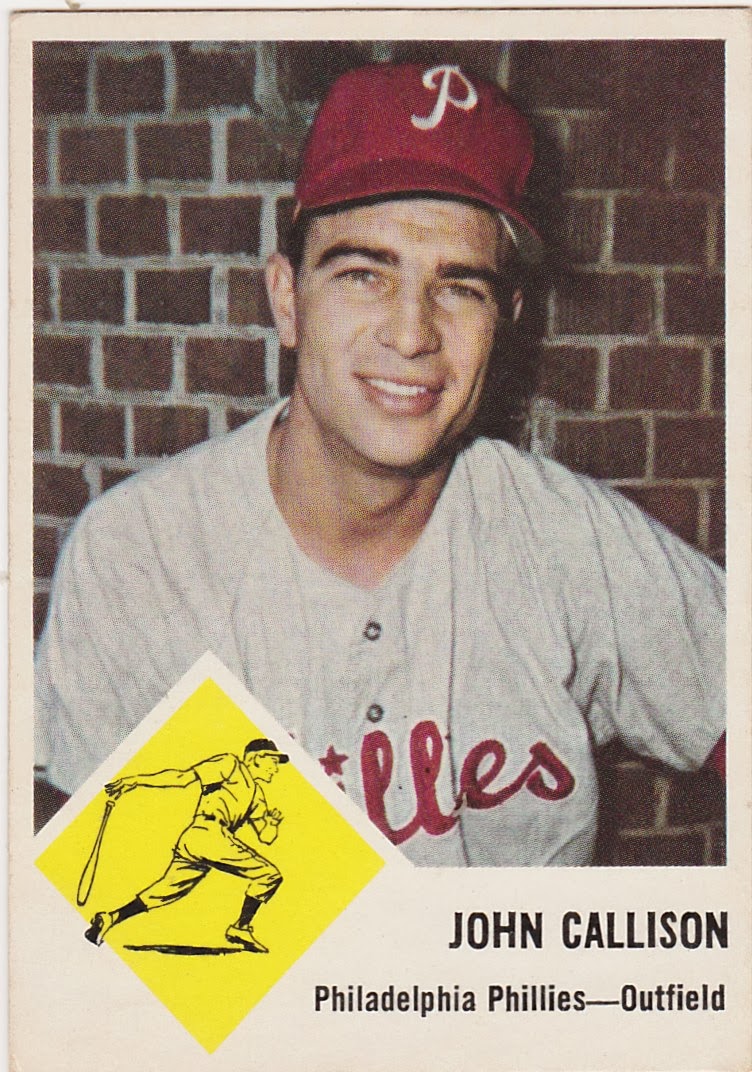 Maybe, just maybe I was aware of just how suave Johnny Callison was and that's why I latched on to him. Heck, just look at how he latched on to that beauty in this publicity pic I found (and didn't buy) on eBay. 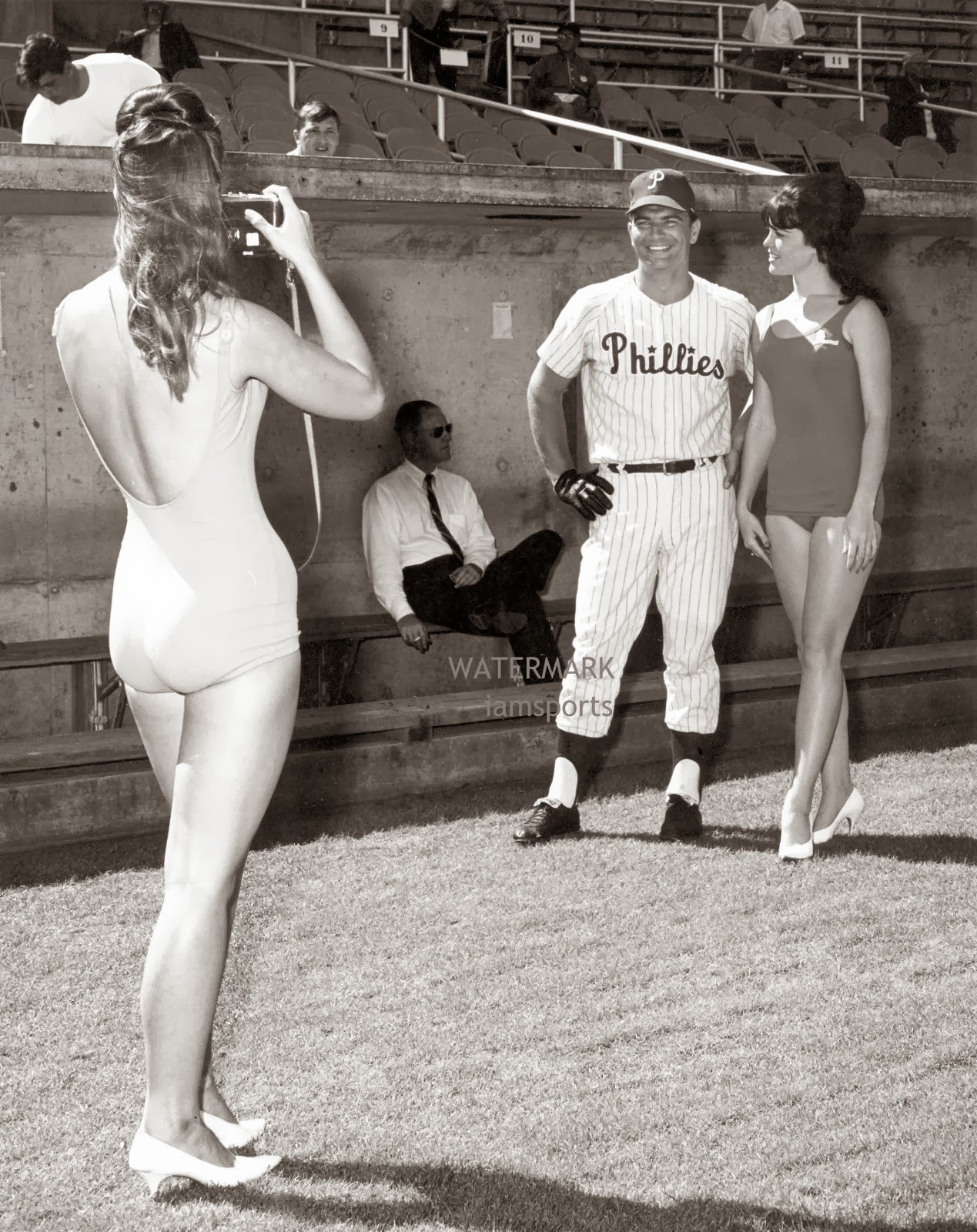