Campaign Buttons, Losers and a Winner 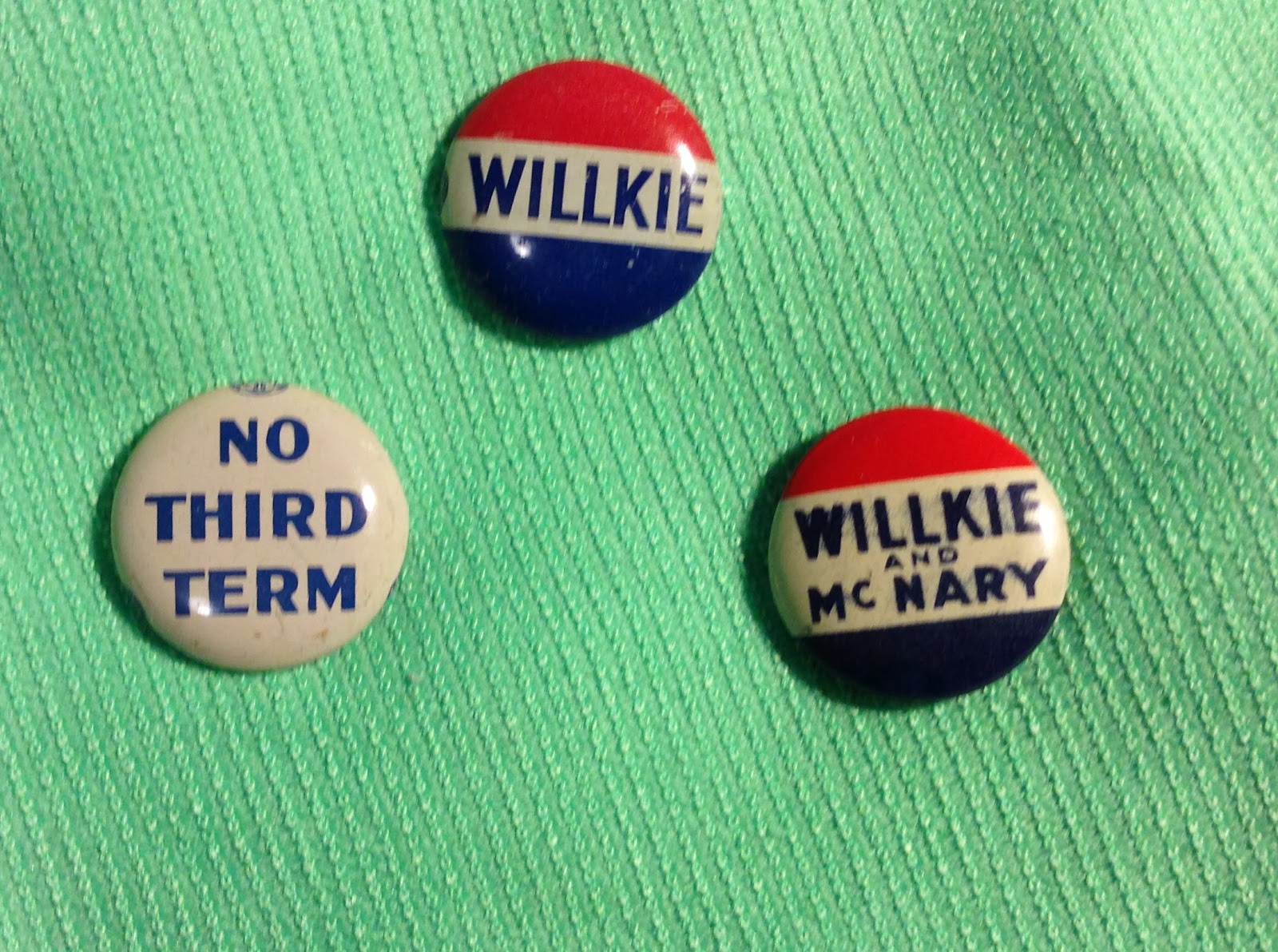 Wendell Willkie was a lawyer with no previous political campaign experience when he ran against the two term incumbent, Franklin Roosevelt, in 1940. Willkie lost but became a Roosevelt confidant, adviser and a sort of unofficial 'ambassador at large'. After the loss to FDR in 1940 be wrote a successful book on his world affairs and travels and he was an outspoken civil rights activist.

I recently picked up the three buttons above. They are the first Willkies in my collection. He is a pretty fascinating character worth checking into. 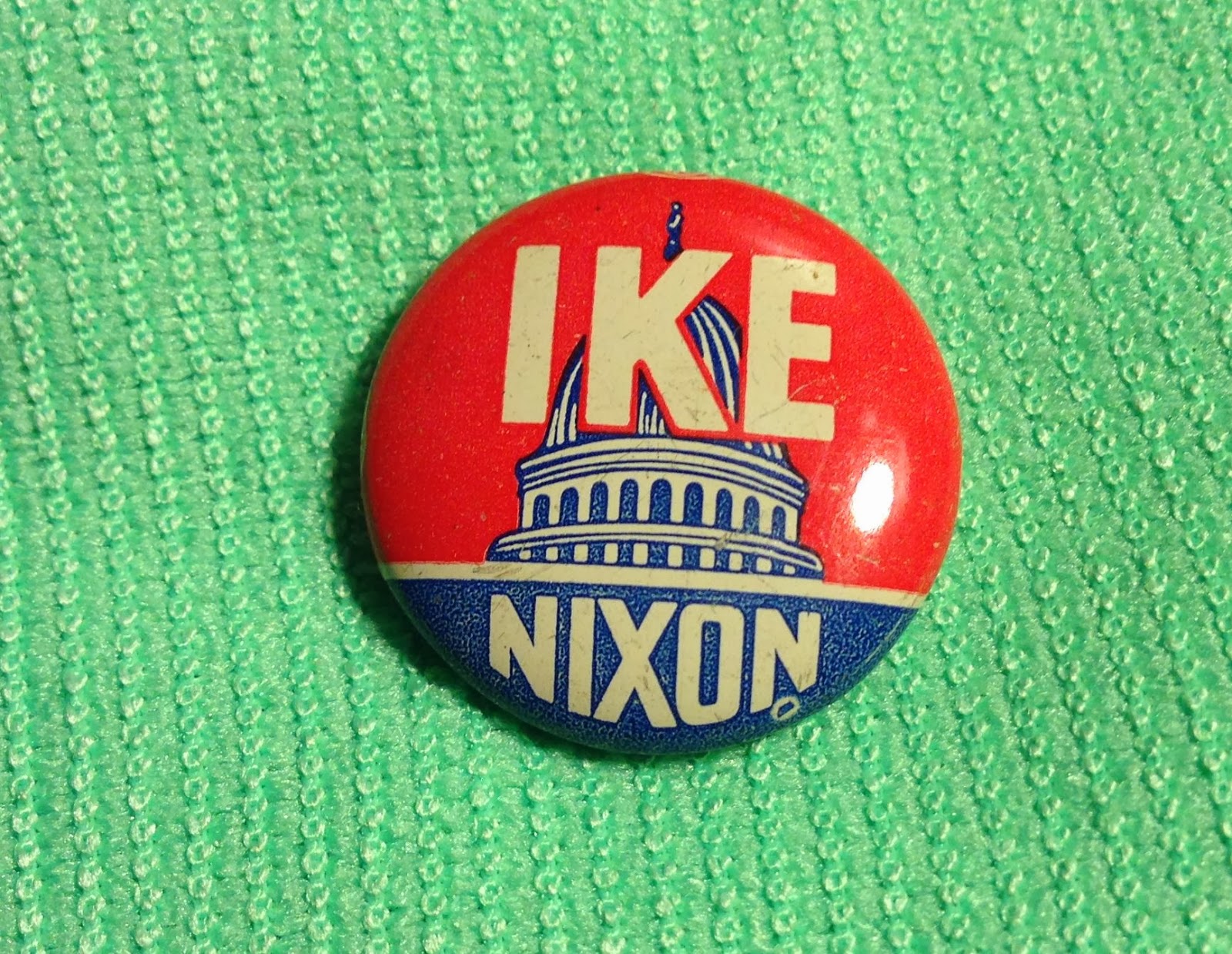 Dwight David Eisenhower ran and won two presidential campaigns with Dick Nixon as his running-mate. 'Ike's' campaigns where run in 1952 (when I was born) and 1956 so everything I know of them is what I read.  Ike always appears so reserved and laid back. But according to a book released last year he was a pretty tough guy in his dealings with his second in command and the two were anything but close.

I have several Eisenhower buttons (and many Nixons) but this is new and it's easily my favorite. Love the Capitol dome motif.
Posted by Commishbob at 5:30 AM