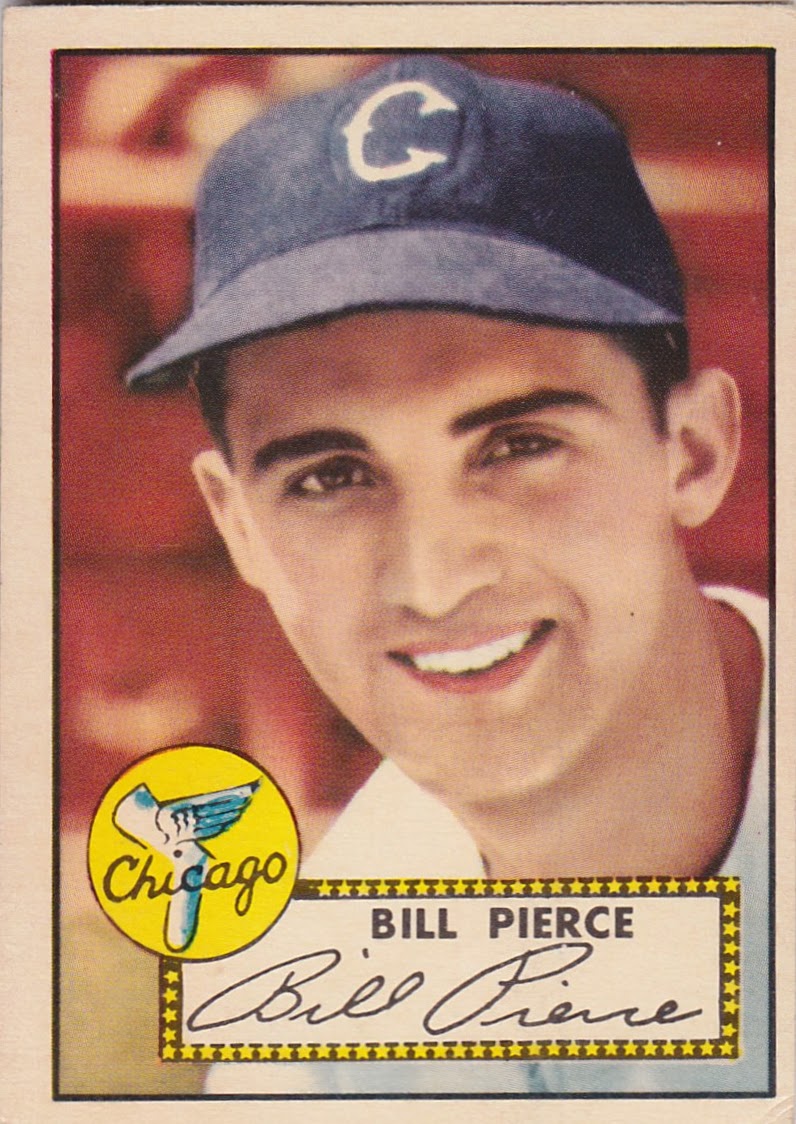 My terrible scans can't hide the greatness of this Topps Billy Pierce from 1952. He doesn't look old enough to have debuted in the majors seven years prior but he really did see his first action in 1945 with the Tigers. 1952 was his fourth year as a regular member of the Sox' rotation.

Here is an interesting Pierce nugget: he is one of three Highland Park, Michigan high school grads to pitch in the majors and he was a teammate with one of them, Ted Gray, on the Tigers' staff in 1948. The third member of that 'club' was Bob Bruce. Bruce pitched for Detroit beginning in 1959. All three were signed out of high school by the Tigers.

These '52 have such great write-ups and data on the back. Hair color? How nice is it to know that BP has dark brown hair? LOL I love the flying White Sox logo. It's rather crude but so very cool. 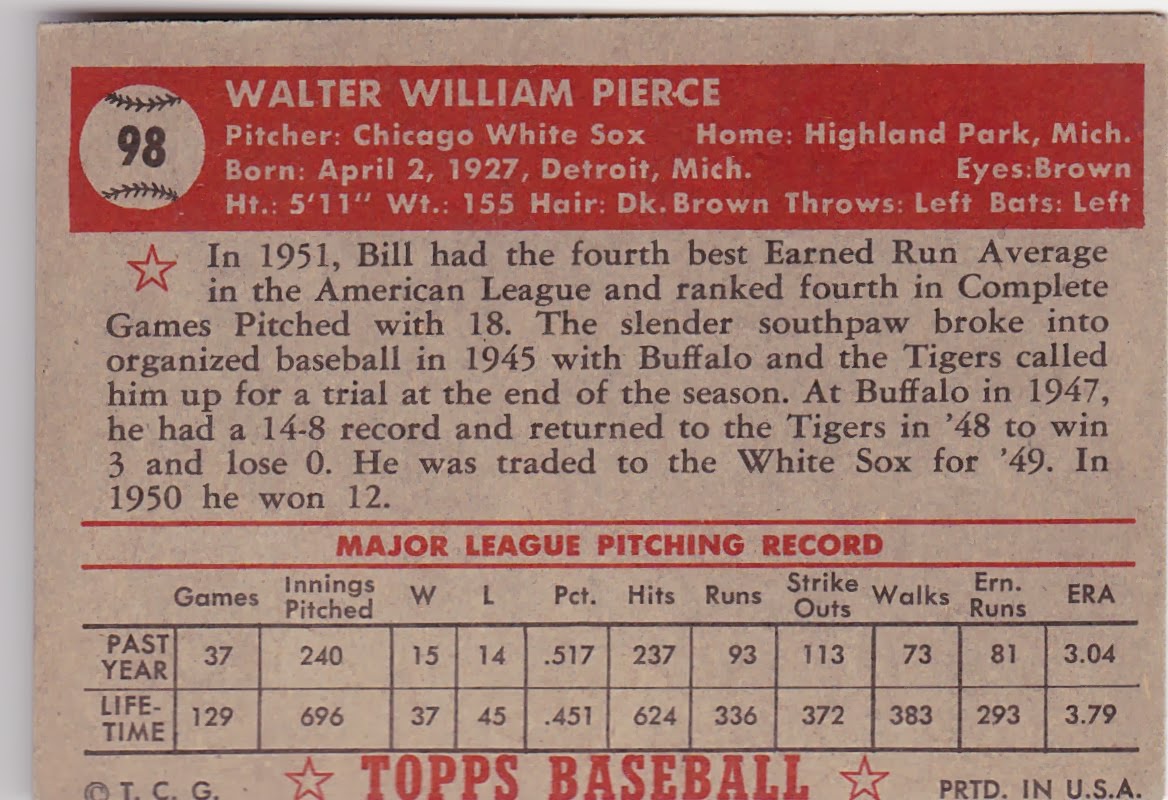 This is a (2011?) Topps Lineage that replicates the original '52 but adds an actual signature. It's got slicker card stock and richer colors but it can't hold a candle to the real thing! 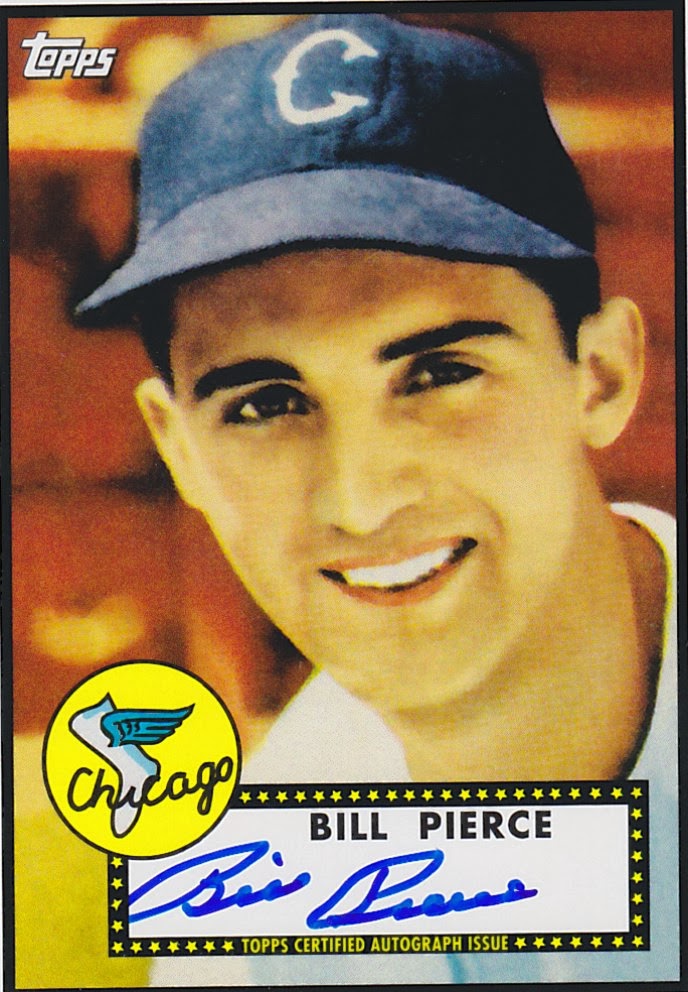 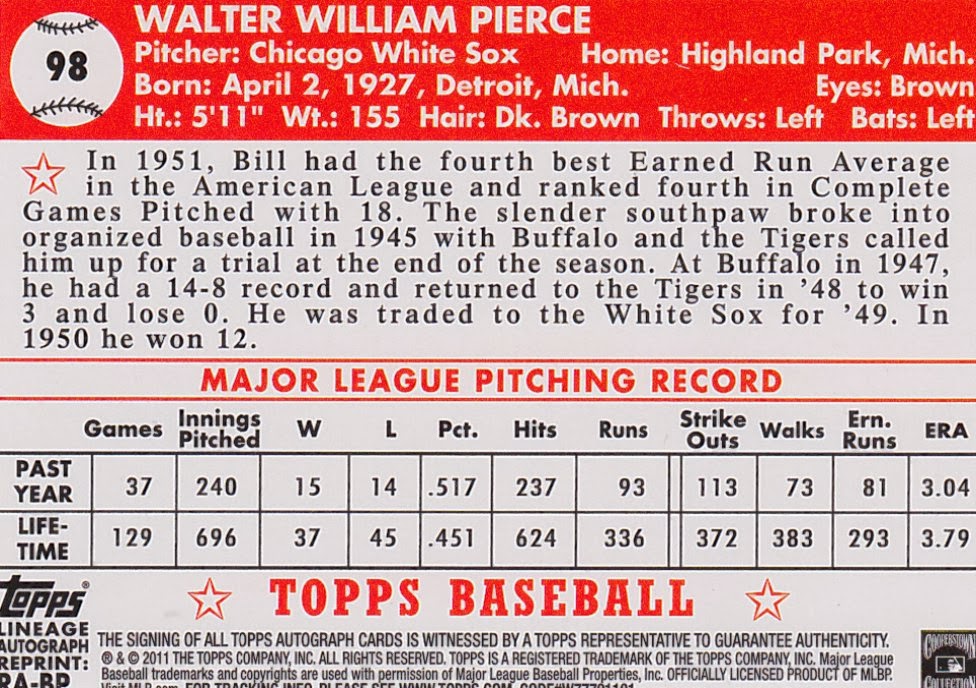