I hesitate to call any card that features the best pitcher I've ever seen a 'junk' card but what else could these be called? These were all cheap 'add-ons' to an order I made from an online dealer. Since the shipping was that same for one card or a dozen I pinned these to the tail of the donkey I was buying.

Of course I could have gone to WalMart or Target and bought a pack of 2013 or 2014 cards. Odds are I'd get a Koufax that way. I don't know if I just happen to attract Koufax cards or if Topps likes putting him in packs. Anyway, here are the ones I bought: 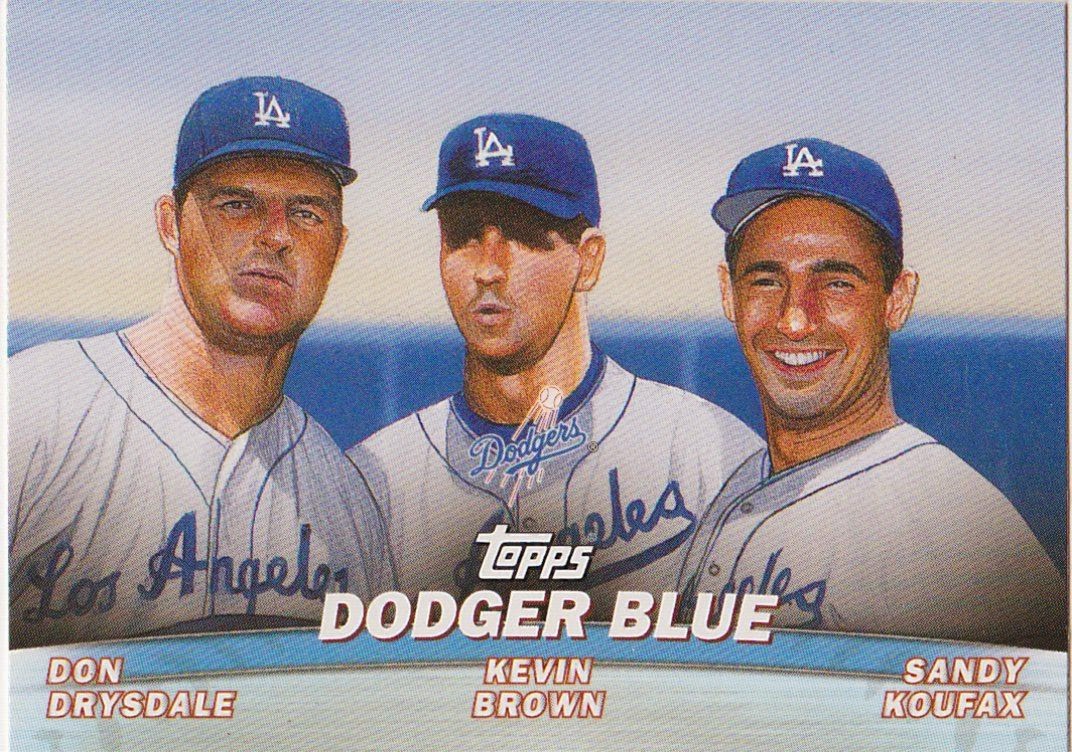 Of course I recognized Koufax right away, and Don Drysdale after a half second but without the name on there I wouldn't have known Kevin Brown if I guessed for a week. I googled him and saw that he was once an Oriole. I missed all that because it was right after the strike/lockout and I wasn't paying attention. I also saw he was in the Mitchell Report. I vaguely remember him being scorned for something. Was this it? Or something else? 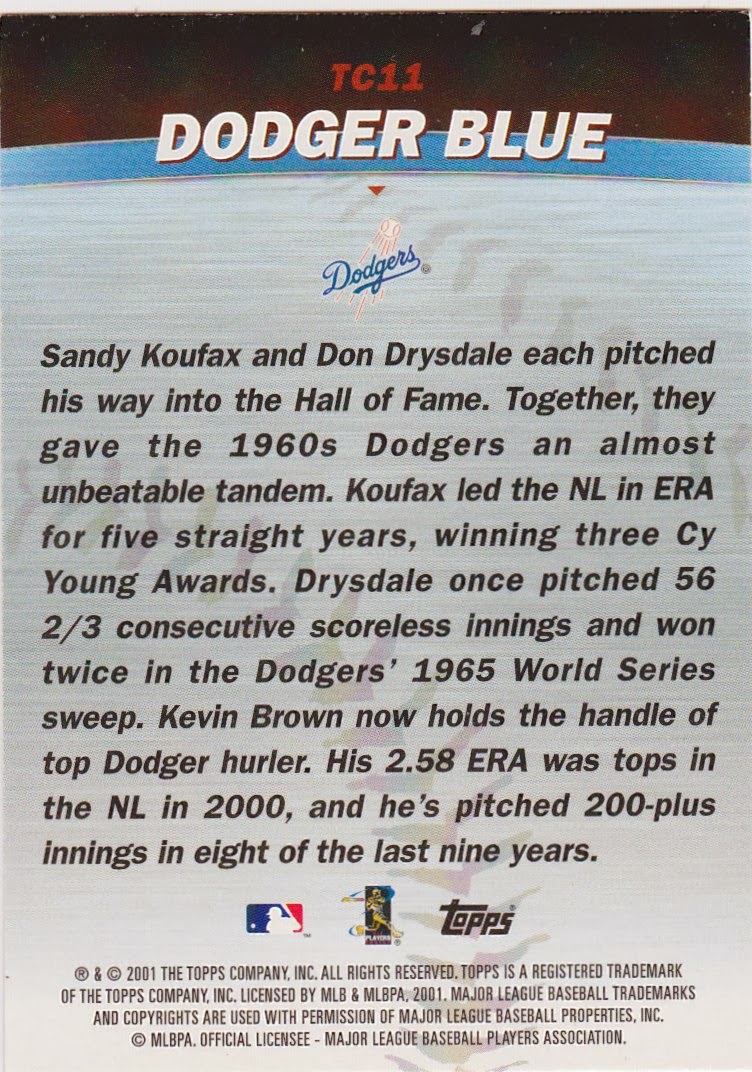 Next up a much better card (I guess... it couldn't be worse, could it?). 2002 Upper Deck All-Time Classic Sandy Koufax. If you are going to use a black and white picture a color background helps. I like the Timeless Teams cards from Upper Deck but the ones that have black and white pics just look too... dull, I guess. The gold background around the classic Koufax pitching form makes this one a decent card. 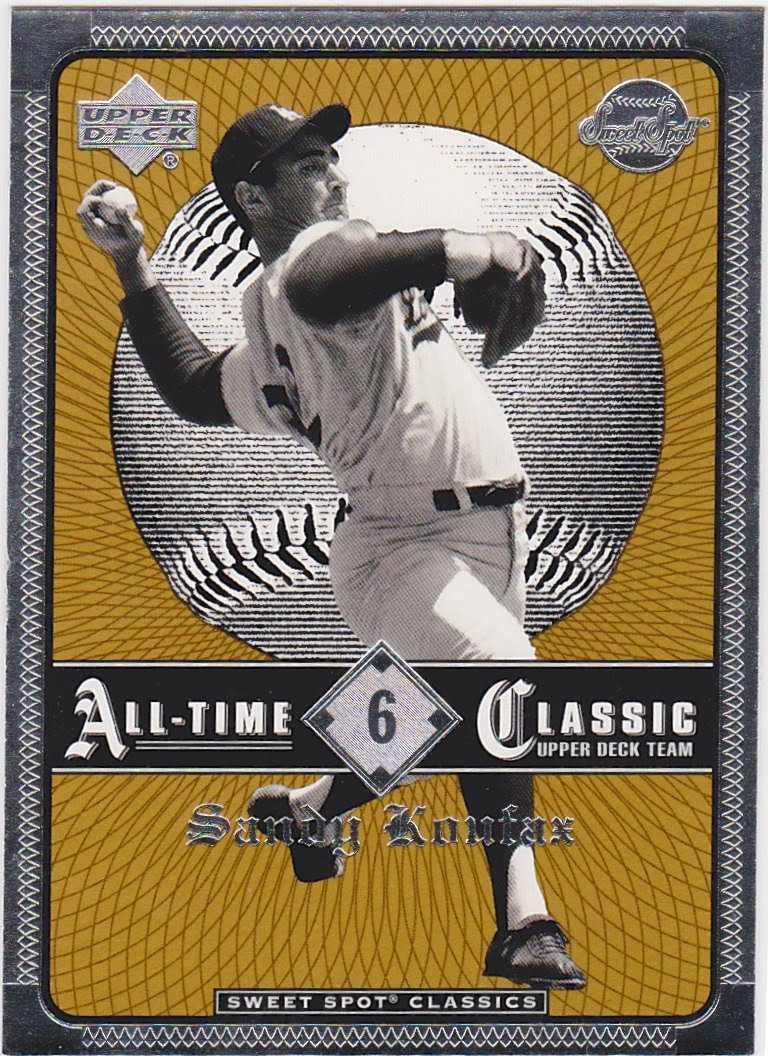 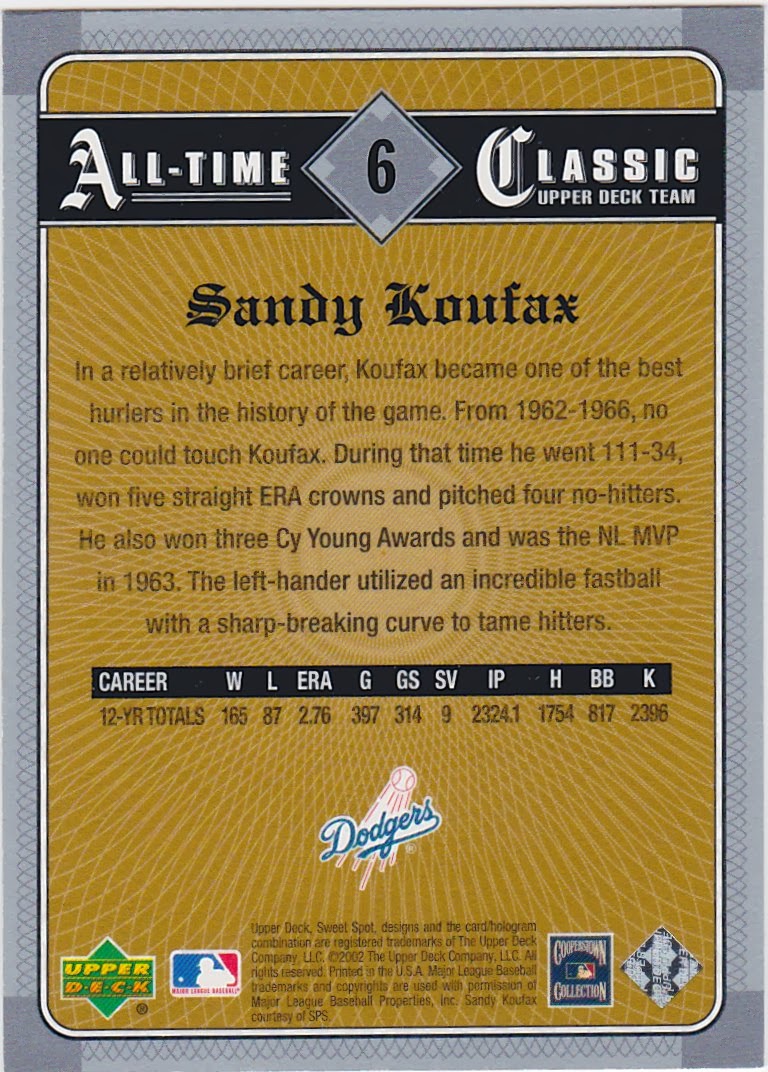 Here we have a Koufax World Series Heroes. It commemorates the two wins he had in the 1965 Series versus the Twins. He pitched pretty well on short rest to win the Series. Again the black and white photo is balanced out with a nice color design. Maybe a bit too cluttered with the pinstripes, stars, bars flags and logos but I'm OK with it. It's another 2002 issue from Upper Deck. They were busy folks, weren't they? 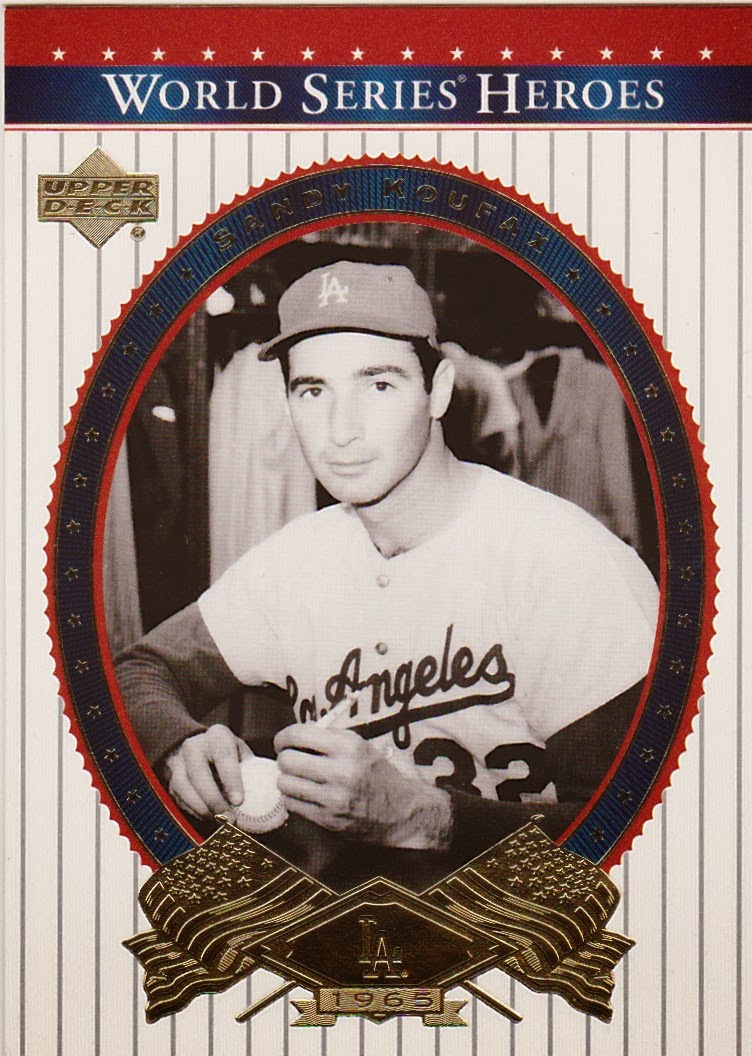 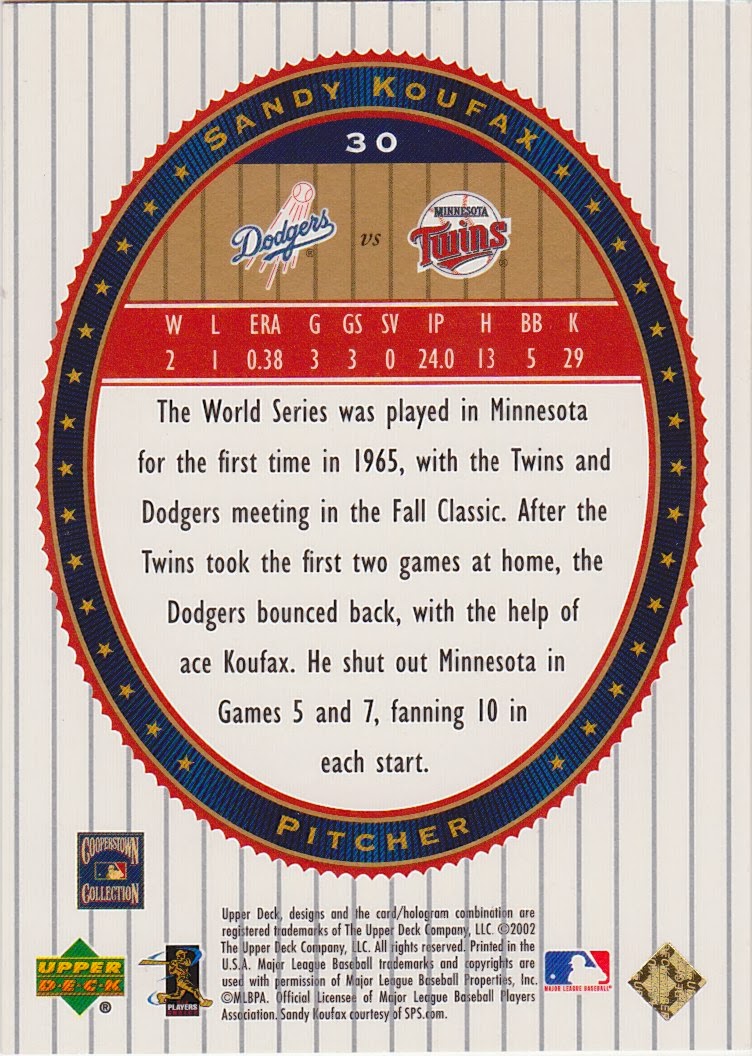 Posted by Commishbob at 1:34 AM