It's been awhile since I posted anything from my Japanese card collection. I've been trying to get my cards organized and these were shoved down in a top loader screaming for air so I popped them out and onto my scanner.

These 'Blue Baseball Backs' (set designation JCM 2) are from a small set that resides among the many Menko cards produced after World War II. The set numbers only 19 known cards and mixes real ball players with a couple of generic players representing Japanese teams and some 'cartoon/entertainment' figures such as Popeye and Betty Boop.

The big blue baseball on the reverse is fairly unique among the sets of that time. Is that trophy the Japanese equivalent of the Topps rookie trophy? The menko number is a multiplication problem.

1365x21 is Takeshi Doigaki, reported to be Japan's best catcher in the era immediately after WWII. He was a coach, scout and commentator after his playing days. 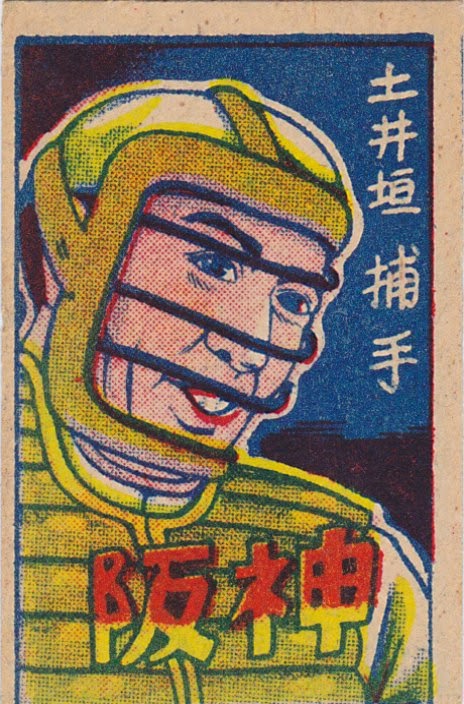 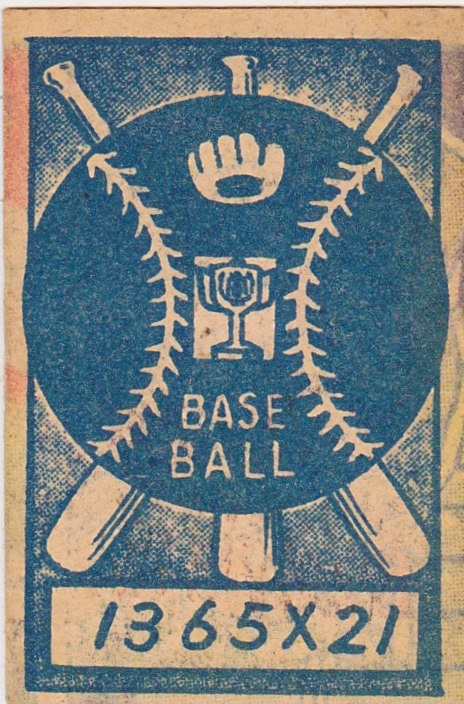 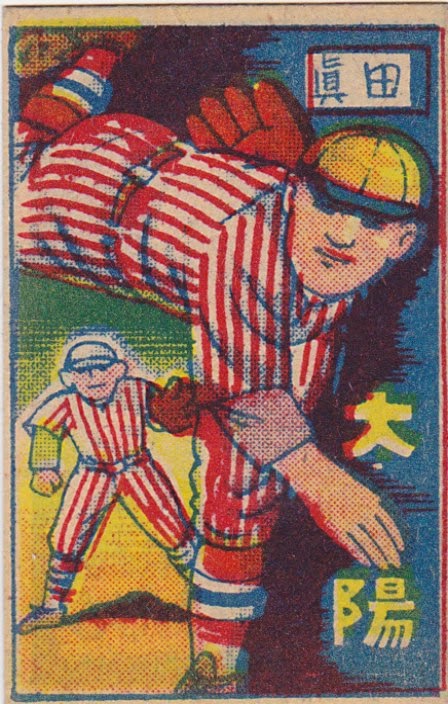 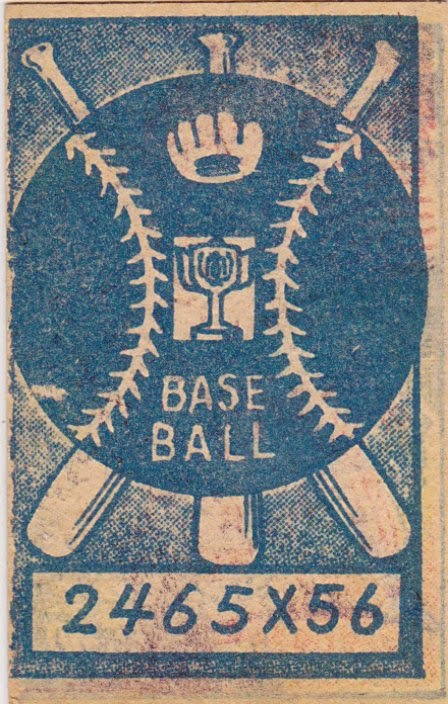 Hideo Shimizu is portrayed on card 3955x21.  He was a pitcher as well as a first baseman and outfielder for 11 seasons beginning in 1940. 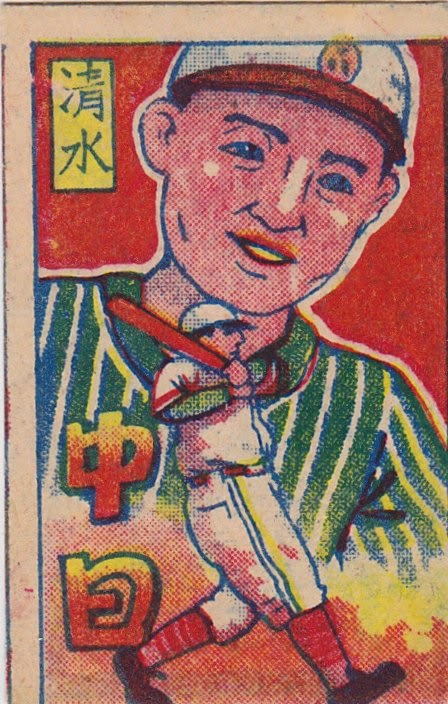 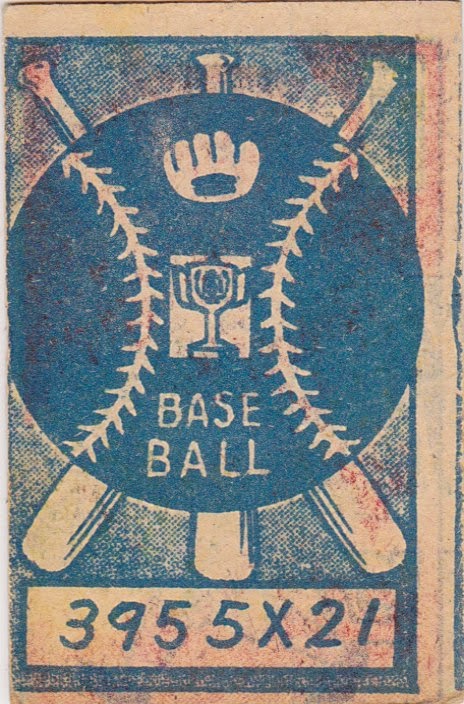 And finally we have 8765x18. Identified on the checklist as 'Hankyu' which means this is one of the generic team cards. This players represents the Hankyu Braves, a franchise that is currently the Orix Buffaloes. 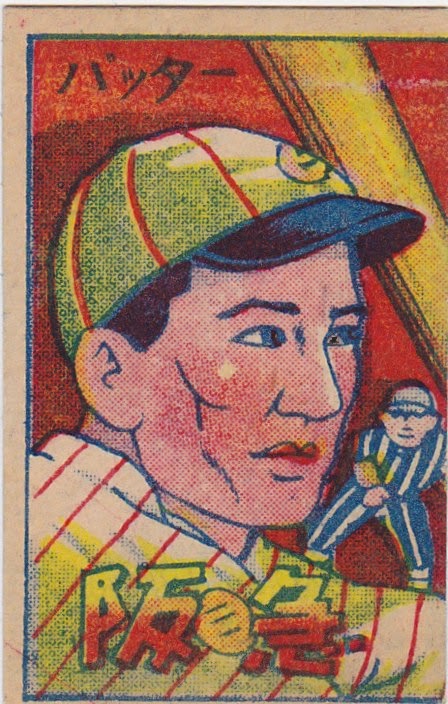 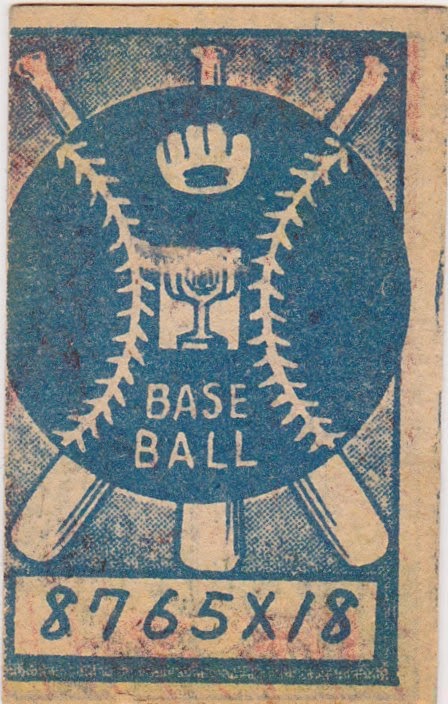 Like most cmenkos of the era these are smaller than contemporary cards, measuring 1 1/2 by 2 3/8". Here is one scanned with a Topps Murray for comparison. 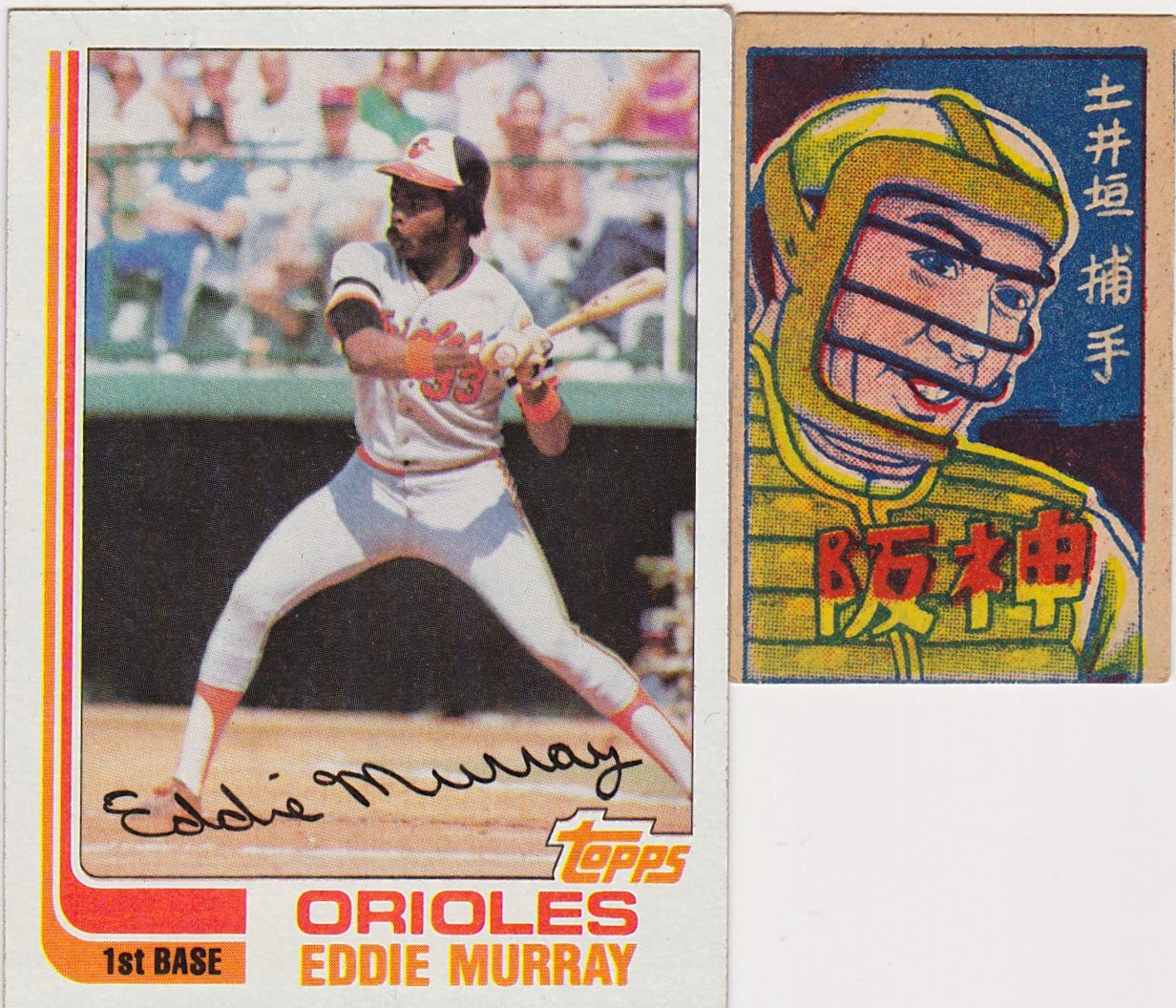 Posted by Commishbob at 4:58 PM