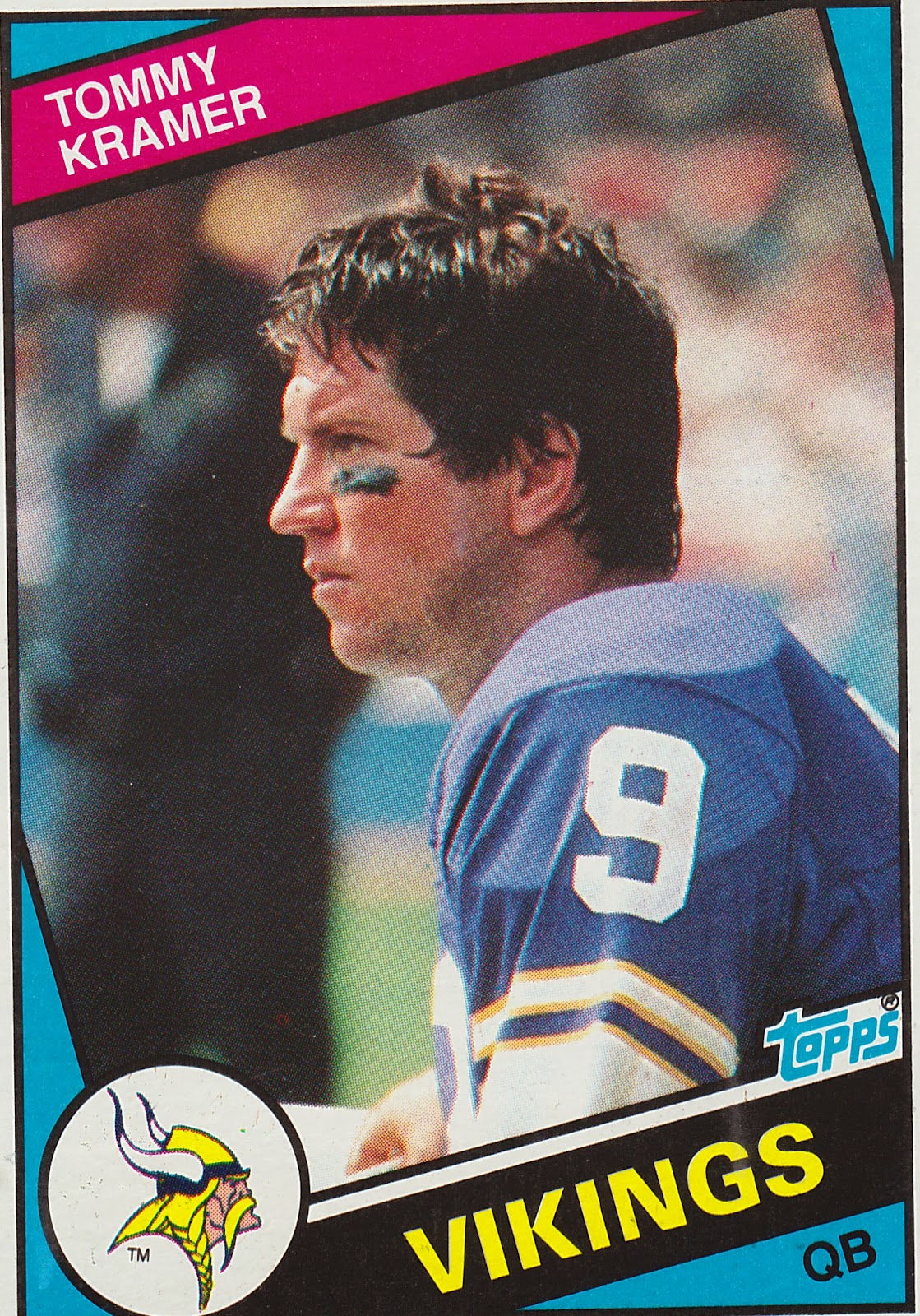 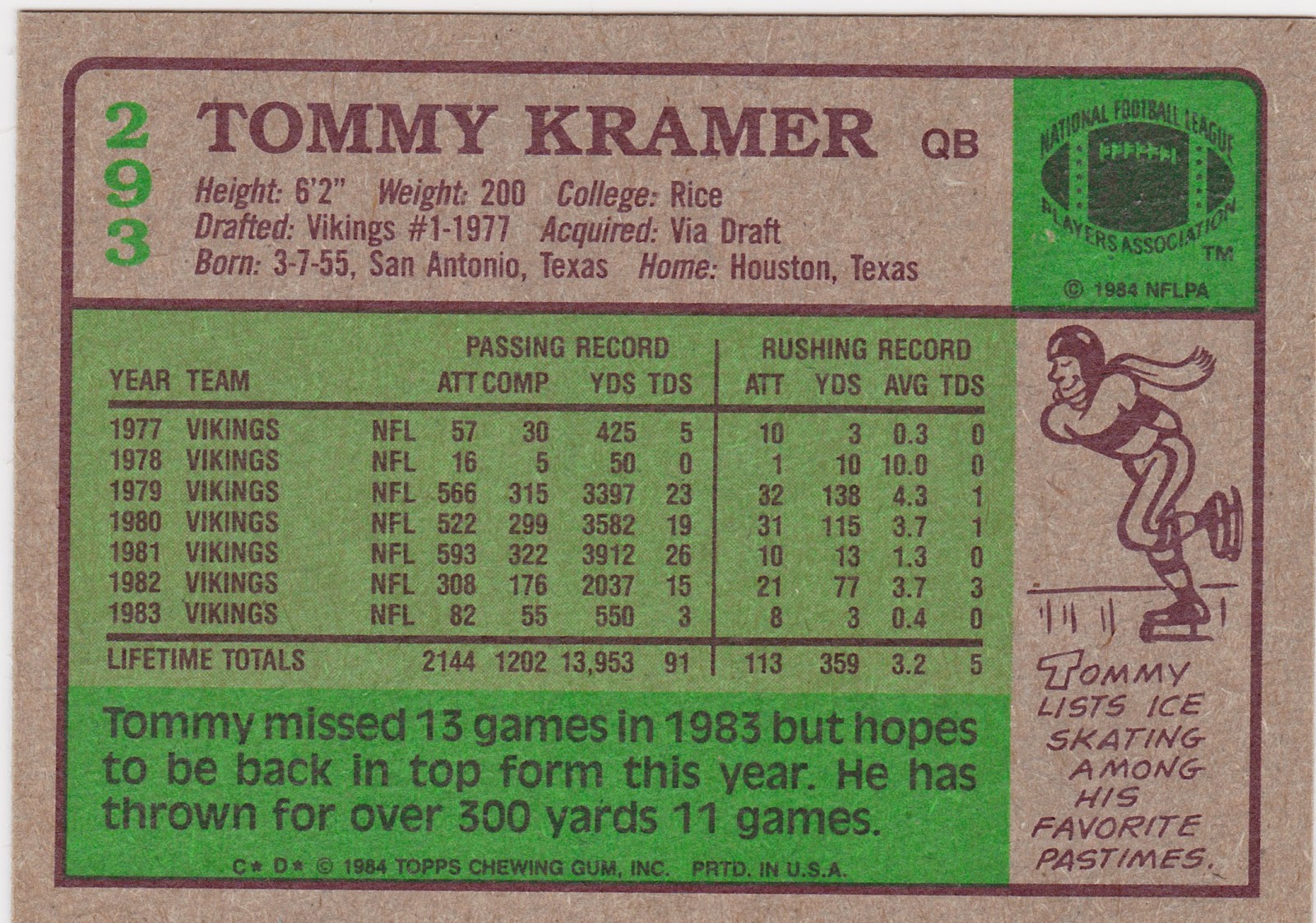 NFL Info: Tommy Kramer was a high school star in San Antonio and went on to play at a high level at Rice University in Houston before being drafted by the Vikings in 1977. He played for 11 seasons with the Vikes having two separate stints as their starter. He's a member of the College Football Hall of Fame. He also had a reputation as a guy who liked living life to the fullest, if you know what I mean.

Fantasy Impact: Tommy Kramer is one of my favorite players ever. I got a chance to meet him back in January of last year at a card show and had him sign a photo with a unique inscription. This post describes that day and what Kramer has mans to me in terms of fantasy football.

The Card: Topps' football designs of the era tend to all run together so when I say I like this one it's probably me allowing my Tommy Kramer fandom override my critical eye. Honestly the front is just sort of...there. It has the team logo so there's that.

The cardback is a bit hard to read with the green blocks and brown type on dark cardboard but all the usual elements are there: vitals, stats, blurb and cartoon. Overall if I was grading the Topps 1984 football set it would get a big fat solid "C".