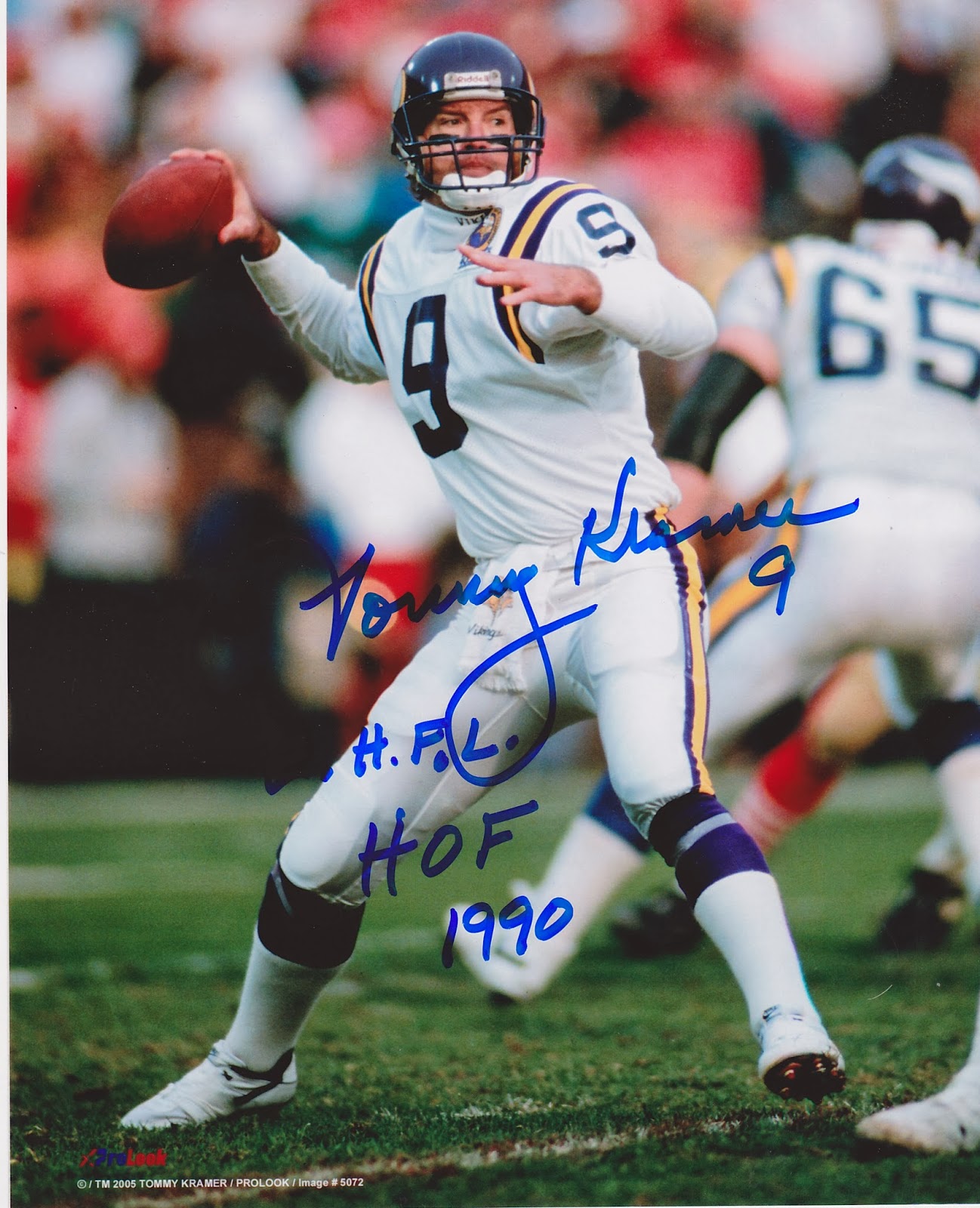 I did something on Saturday I don't think I've ever done before. I stood in line and paid money to get an autograph. I've been to lots of memorabilia shows that had lots of pretty impressive guest signers featured but I never felt the need to pay to have someone sign something. Way back when there were freebie signers to attract crowds, that was a different story.

But anyway this past weekend the TriStar show rolled though Houston and I attended as usual just to poke through bargain card bins and track down publications. But as I stood in line to buy my admission ticket I looked at the long list of guests and one name jumped out at me...... Tommy Kramer. He may be just a vaguely remembered name to some of you but for me he represents a fun time when we were just starting my fantasy football league (The Ed Hughes Football League) and Kramer was a strong-armed quarterback for the Vikings.

In 1980 at our first draft I took Dan Fouts but as my team floundered I went through a series of trades picking up Bert Jones of the Baltimore Colts and then Kramer. It was Kramer who led me to money winning weeks to end the season and who starred for me for the next few seasons.

I've had a 'soft spot' for him ever since. When someone had the bright idea of making a league Hall of Fame I, as 'Commish for Life', made sure that Kramer was a charter member. When I saw his name on the list of show guests I figured this was my one chance to say 'Hello' and get a signed picture. I bought an autograph ticket and the above 8x10 and I was all set. And since he was giving a free inscription with his signature I had a flash of inspiration and decided to ask him to add "E.H.F.L. Hall of Fame 1990" which he was gracious enough to do. I'm not real sure he understood my explanation but he never hesitated and he took his time to made sure he got it right.

It wouldn't have surprised me if he had the TriStar guy next to him throw me out but instead he posed for a picture, thanked me for coming and shook hands. I left feeling pretty good. 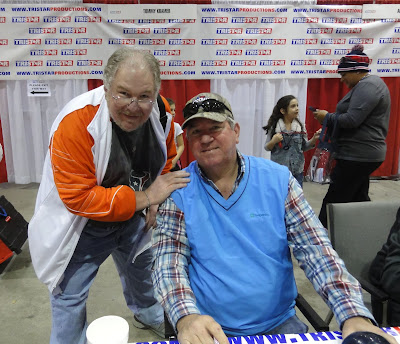 For those unfamiliar with Tommy Kramer he played for Rice University after a stellar high school career in San Antonio at Lee High School winning a state title and nearly winning a second one. He set and held all the passing records at Rice until they were eclipsed in the pass happy days of Chase Clement and he is a member of the College Football Hall of Fame.

I have the distinct feeling that compared to being in that prestigious place becoming a member of the Ed Hughes Football League Hall of Fame isn't quite as big a deal to Tommy Kramer. 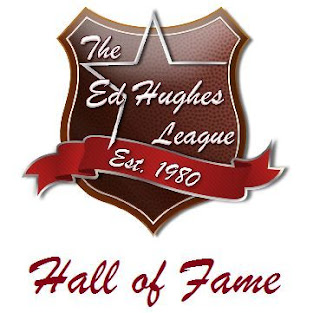