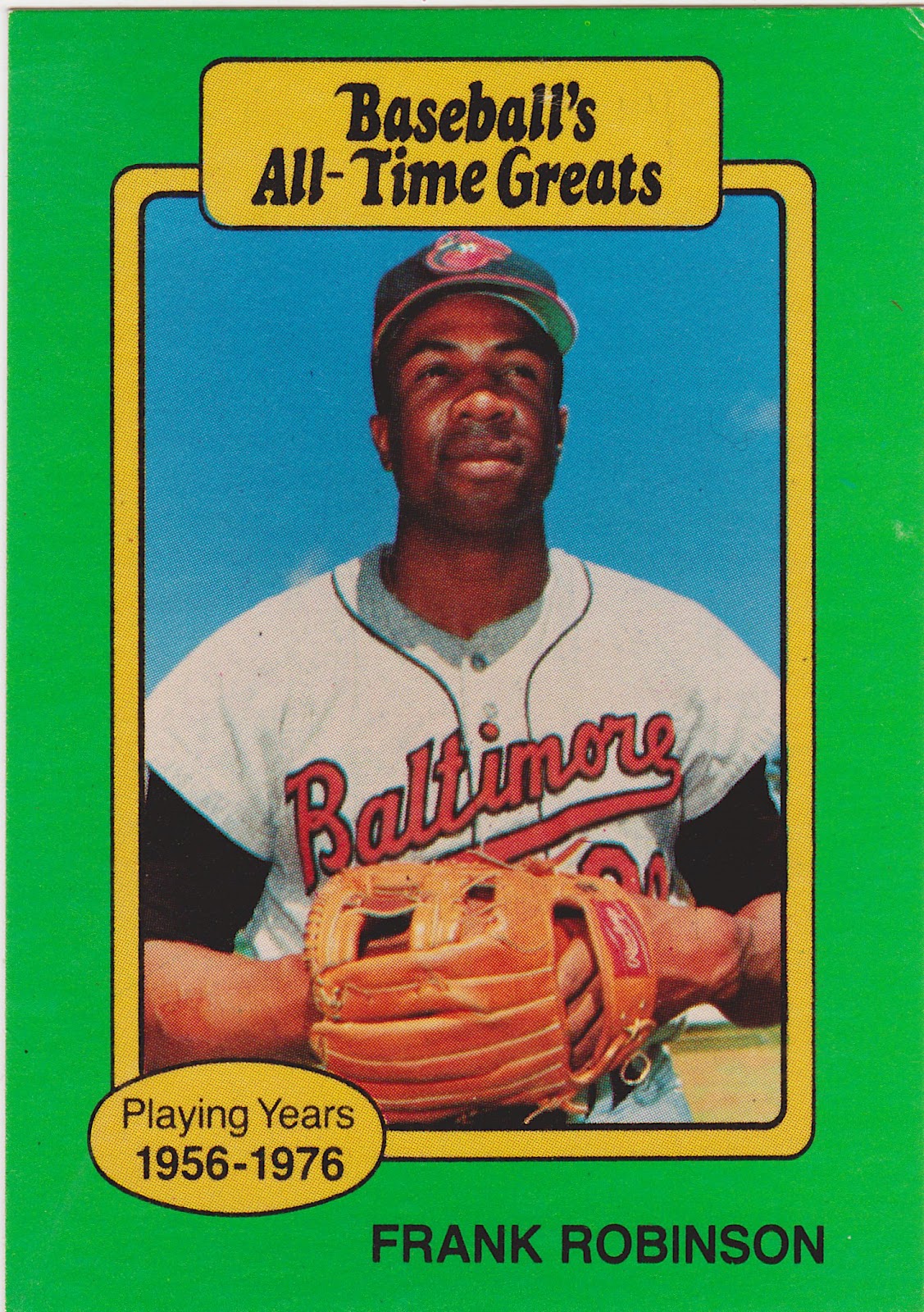 Lately I've tried not to alienate all four of those who actually read this thing regularly by posting football over and over. So I've been digging around for baseball cards that are within reach and I quickly ran out. But that white box on the edge of my desk was calling my name, I just wasn't listening.

In the box were baseball cards, Orioles no less, that came from Joe Shlabotnik a couple of weeks back. I had spent time sorting and arranging the football vintage that he'd sent and forgotten that I still had some other stuff in the box. So today's the day.

First up are a couple of Hygrade All Time greats from the late 80s. Hygrade sounds like a dairy but they were a company that published price guides at the time. 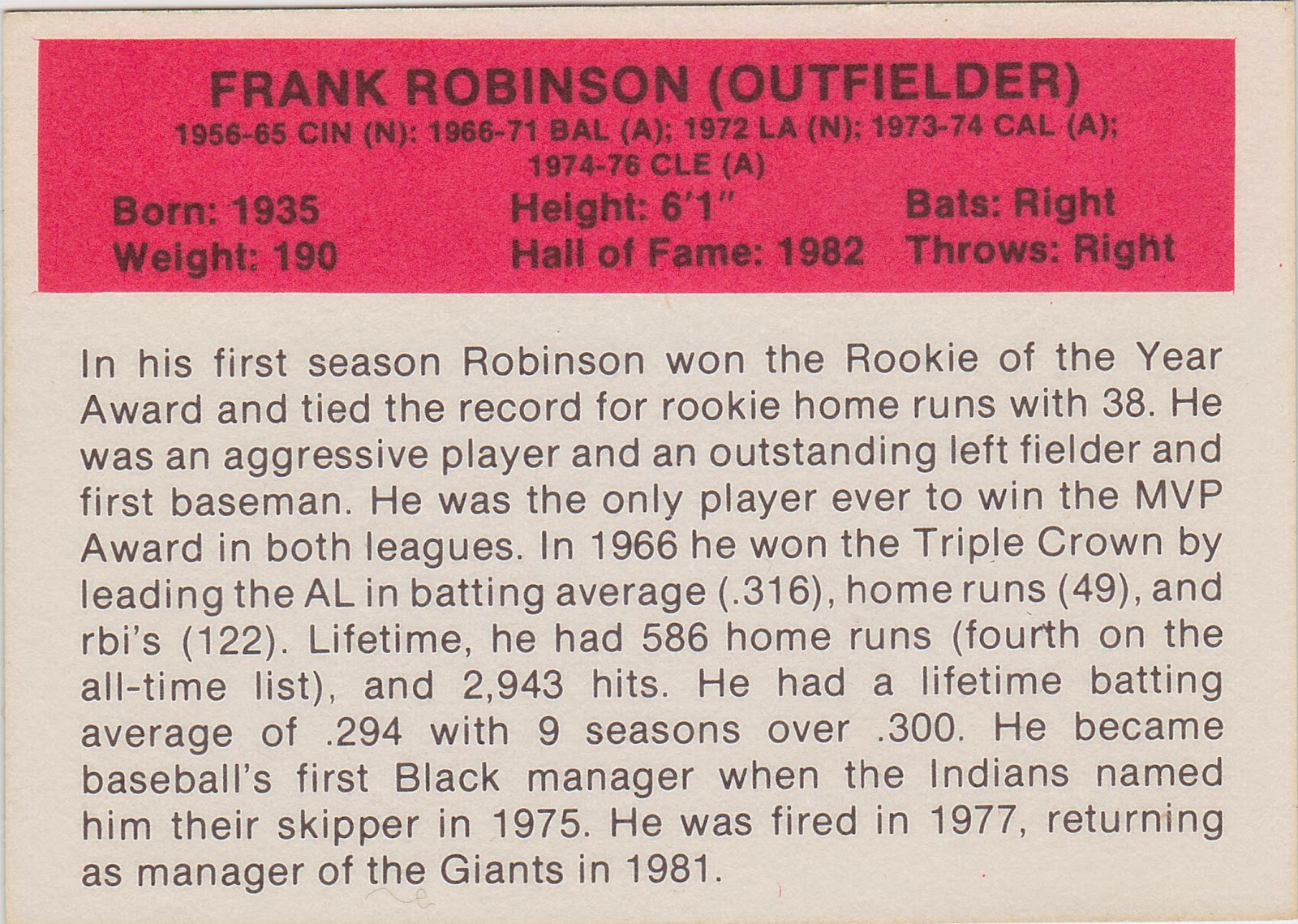 The cards have a fairly complete (for baseball cards) career summary but surprisingly there is no copyright line or anything at all identify Hygrade.

Joe included the Brooks Robinson card. I believe there were 100 or so cards in the set. 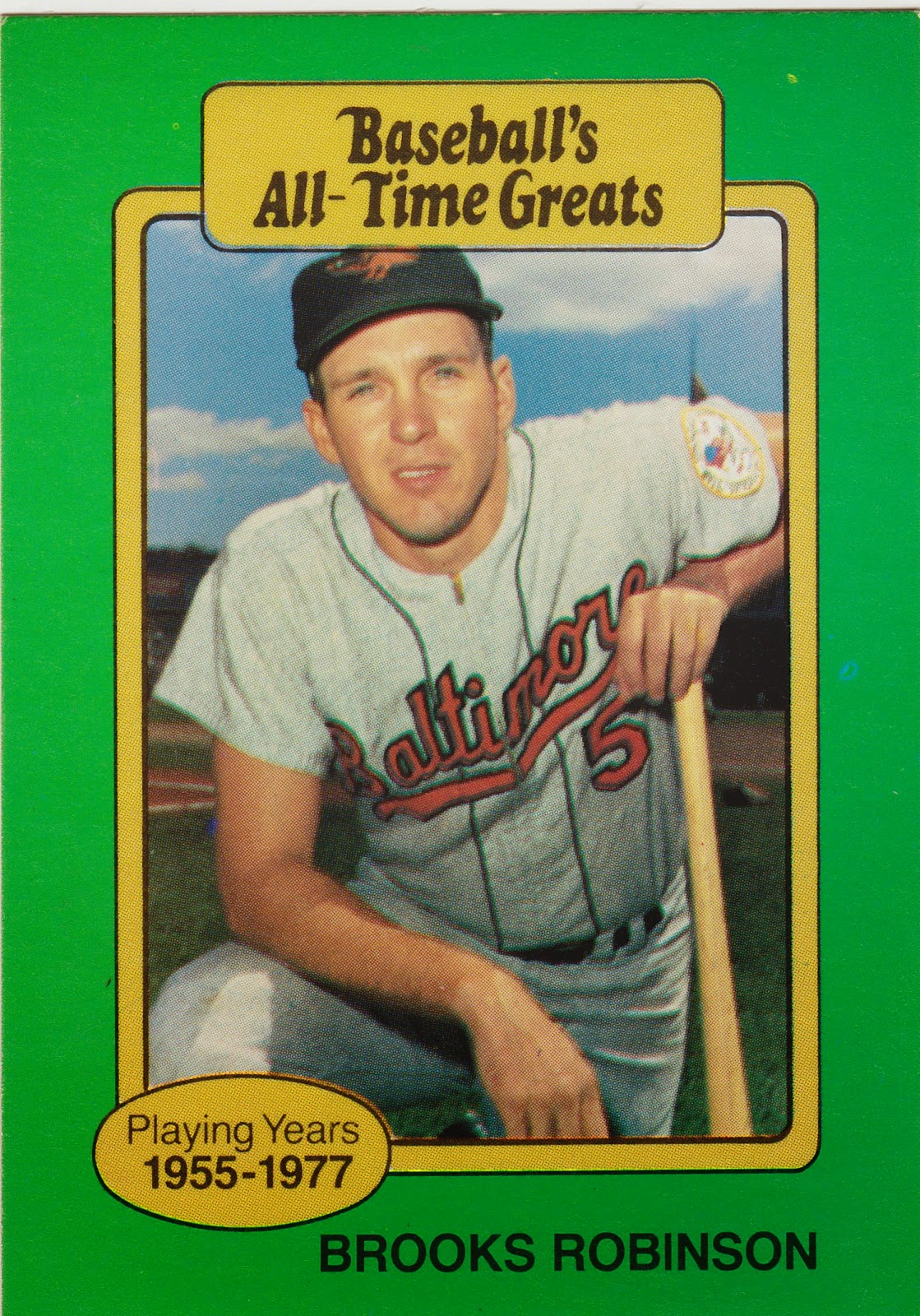 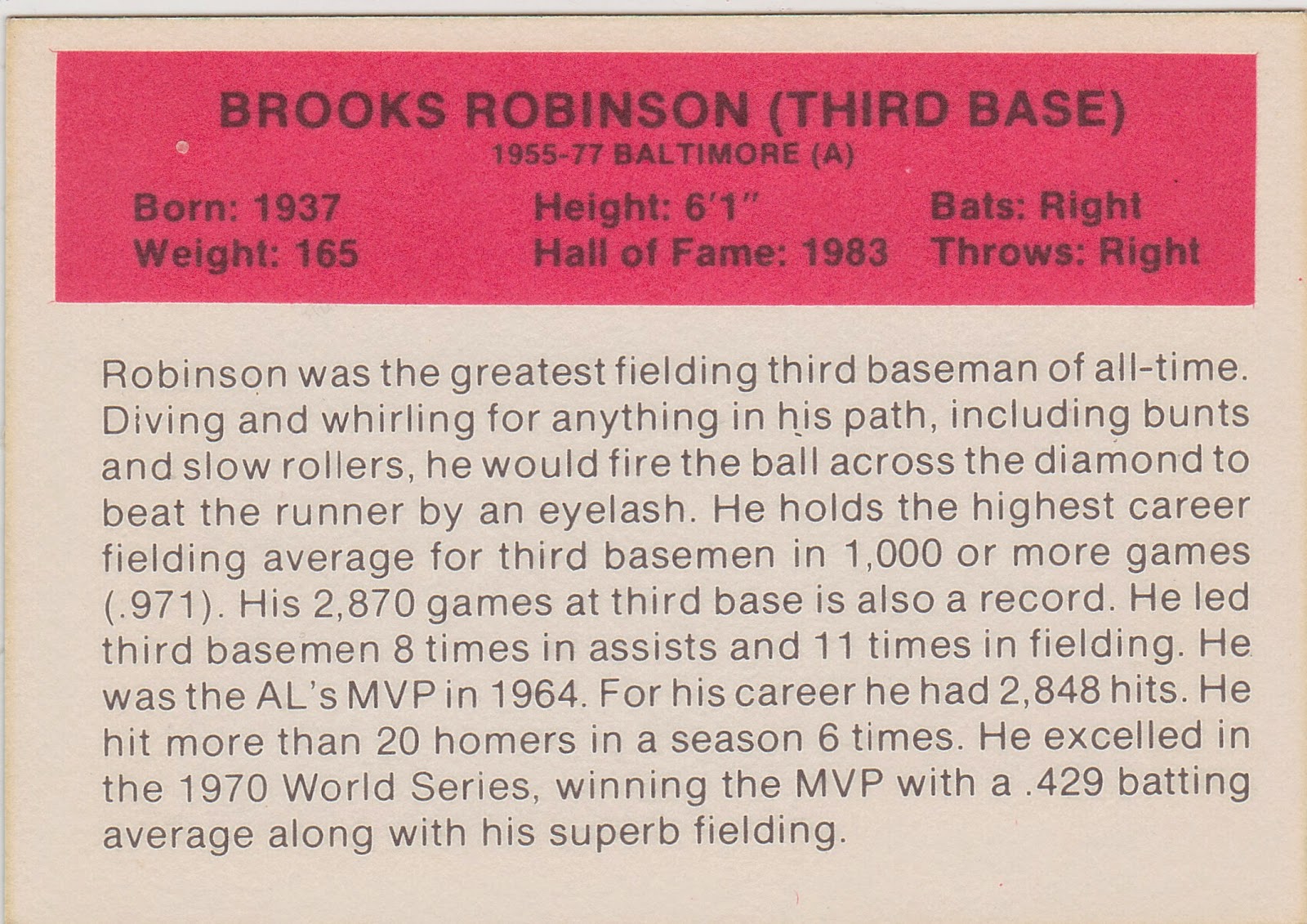 Joe sent two cards from one of my favorite 80s sets, the '84 Donruss. I once had a nice chat with Mike Young in the lobby of the team hotel in Arlington. I asked him if anyone ever confused him with the basketball player of the same name. He said 'no' but he asked me if I knew the 'other Mike Young. I think we talked basketball for a few minutes. I have a nice 8x10 someplace that he signed for me that day. 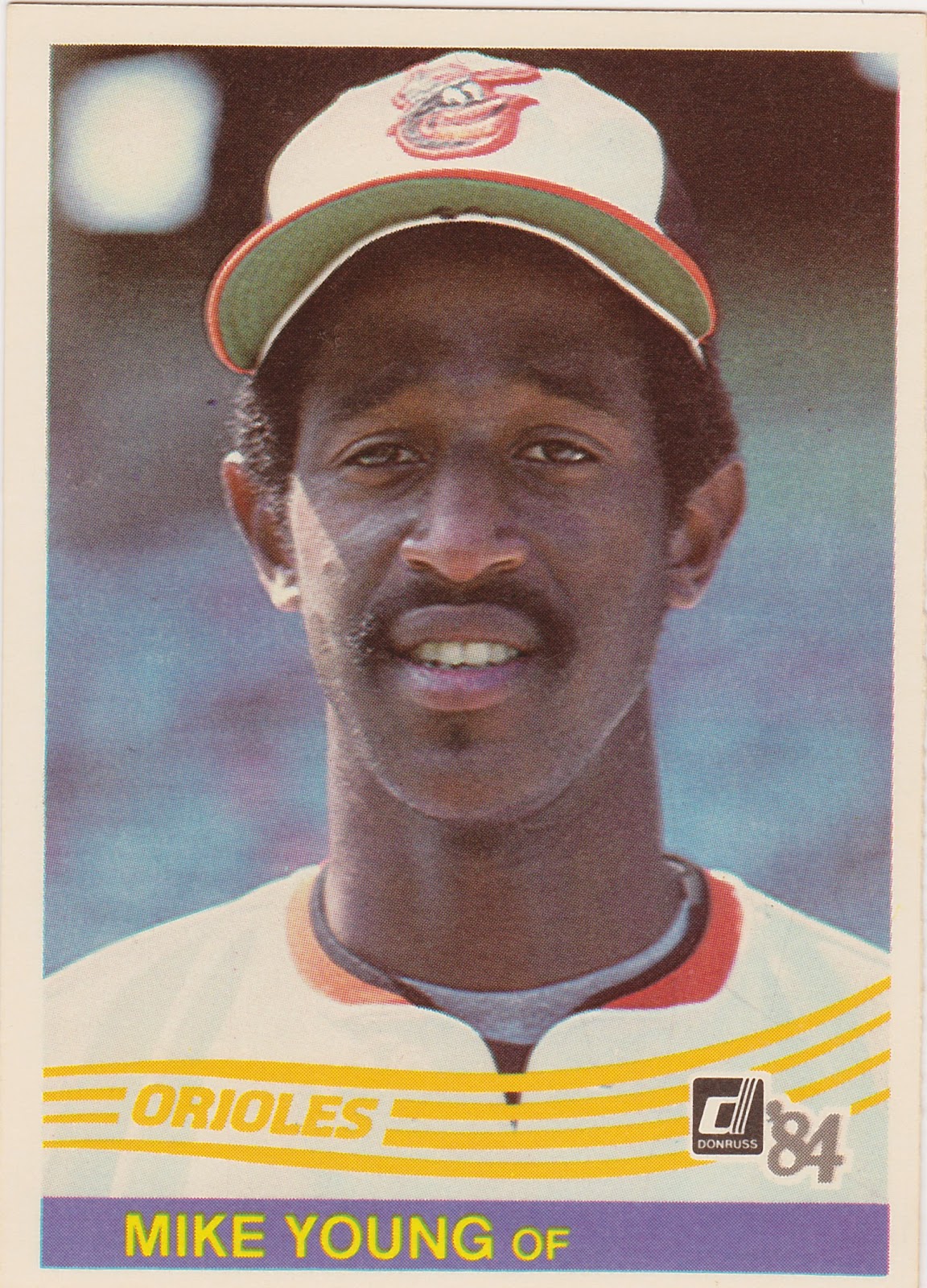 John Stefero showed some minor league power but never did much in the majors. He played about 50 games for the O's one season in the 80s. He played for the Expos as well. 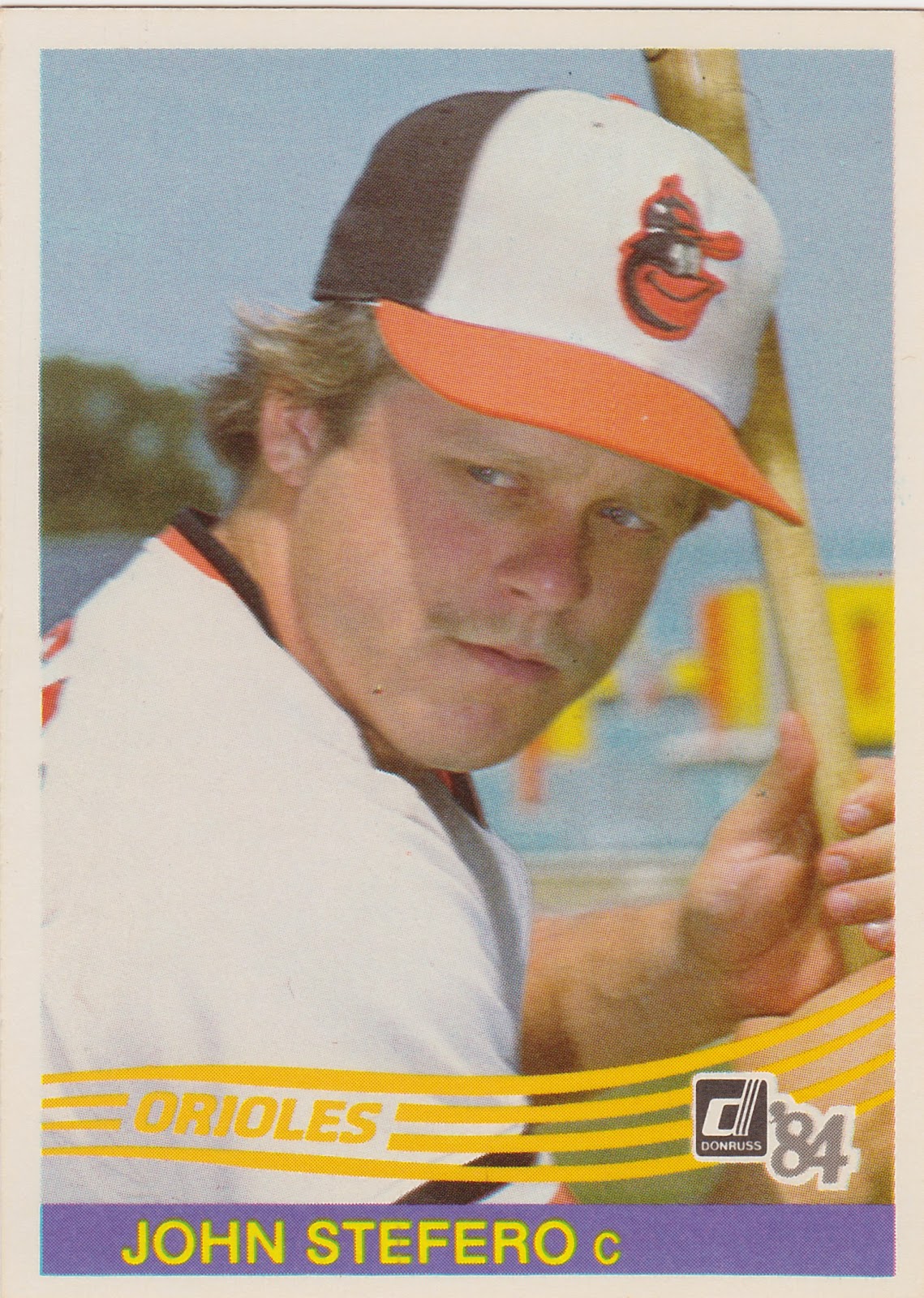 These were my favorite of the baseball cards Joe sent. Two minor league Arthur Rhodes cards. He wasn't small back then but he managed to get a lot bigger as time went by! He pitched for 20 years in the bigs ending in 2011. We went out on a high note, too. He won his only World Series ring that season with the Cards. 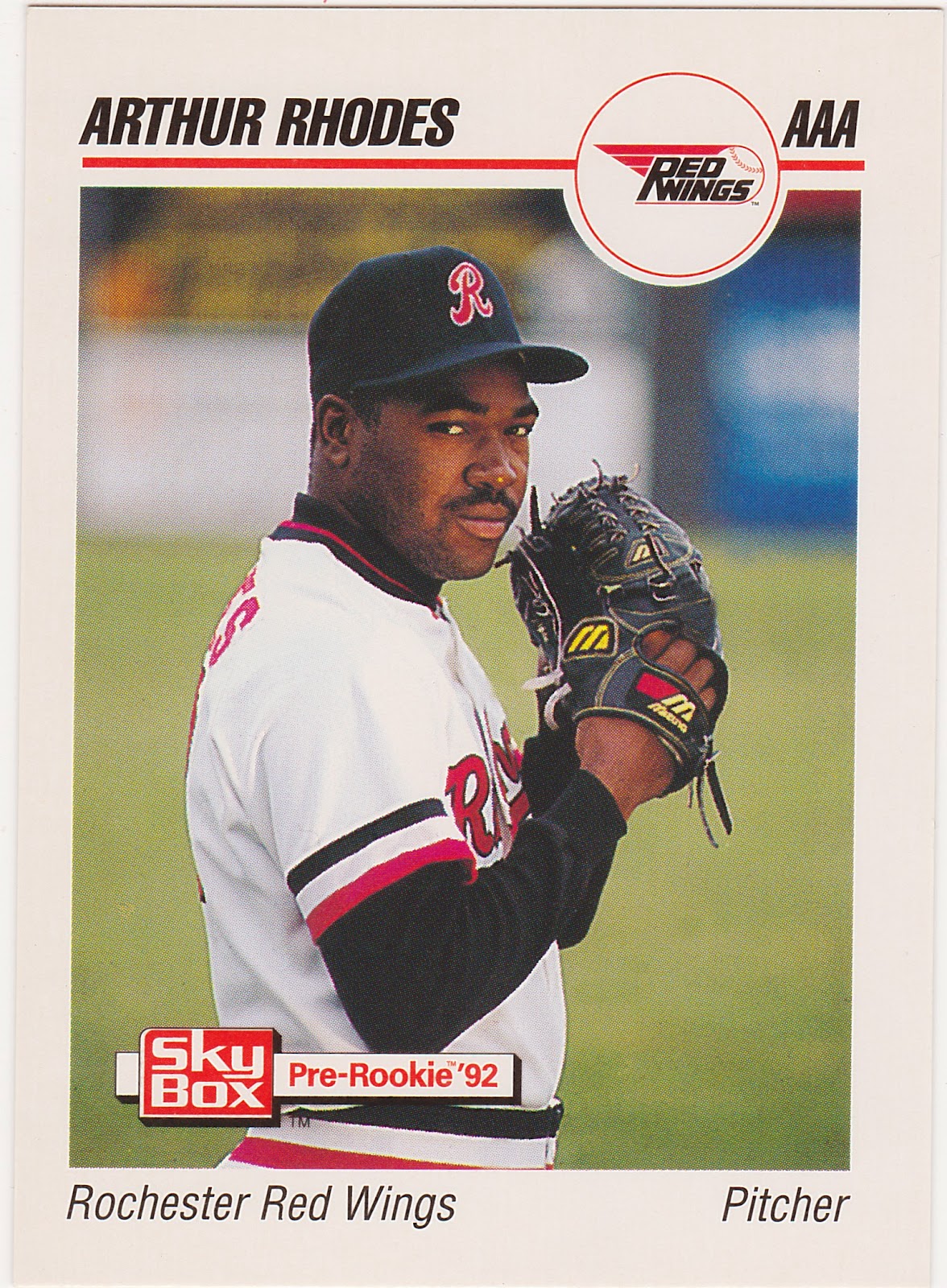 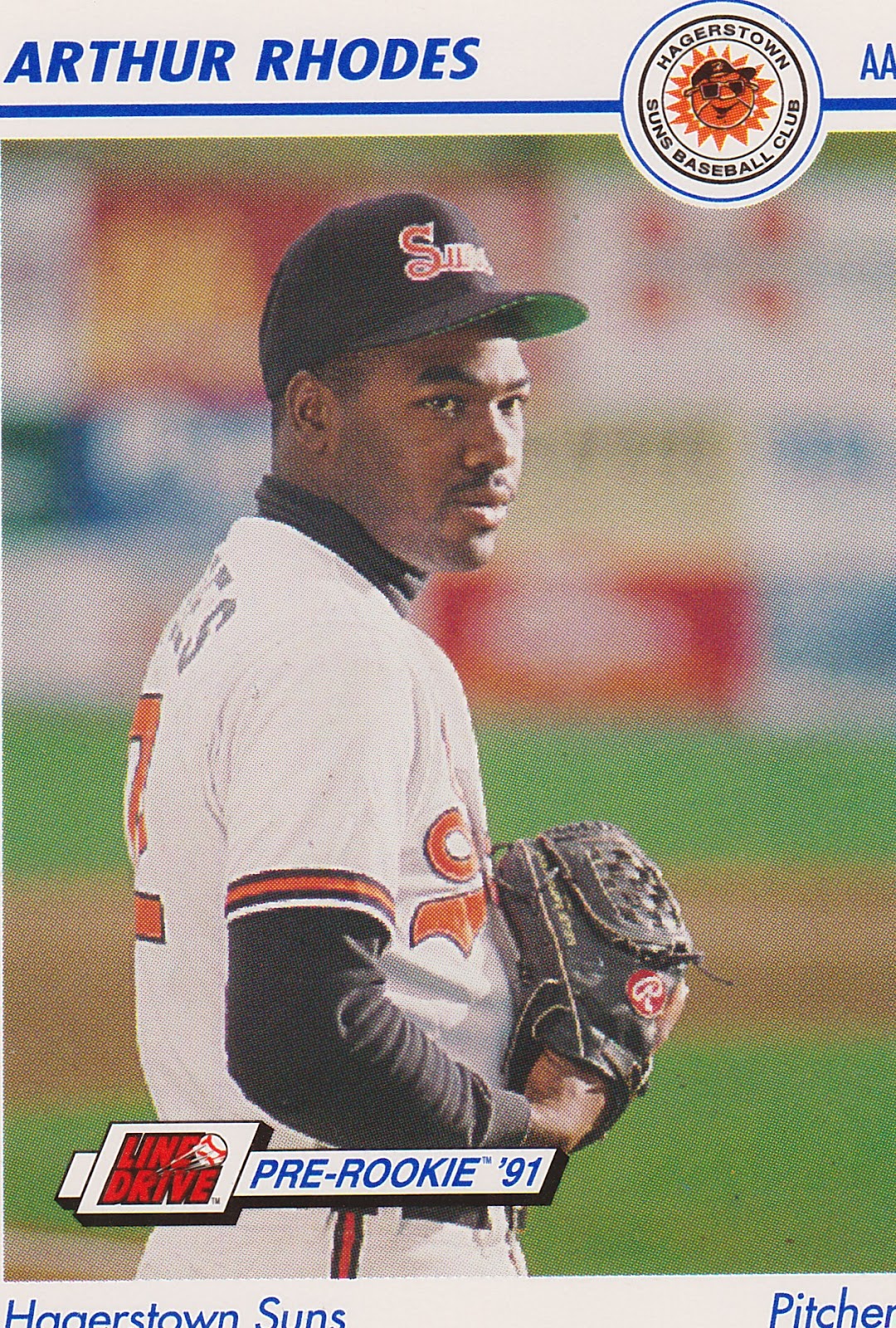 Her's a little Arthur Rhodes trivia. He pitched in over 900 games and got six at bats. He got one hit, a two out single off the Phils' Jerry Spradlin in Philly on June 8, 1998. The O's won that game 14-8. The Orioles starter was Doug Johns. I had to look him up because I was clueless as to who he was. He was rocked that day, btw. Getting the win in relief was none other than Arthur Rhodes. I hope he celebrated that big day in style.