Brisket in my wallet 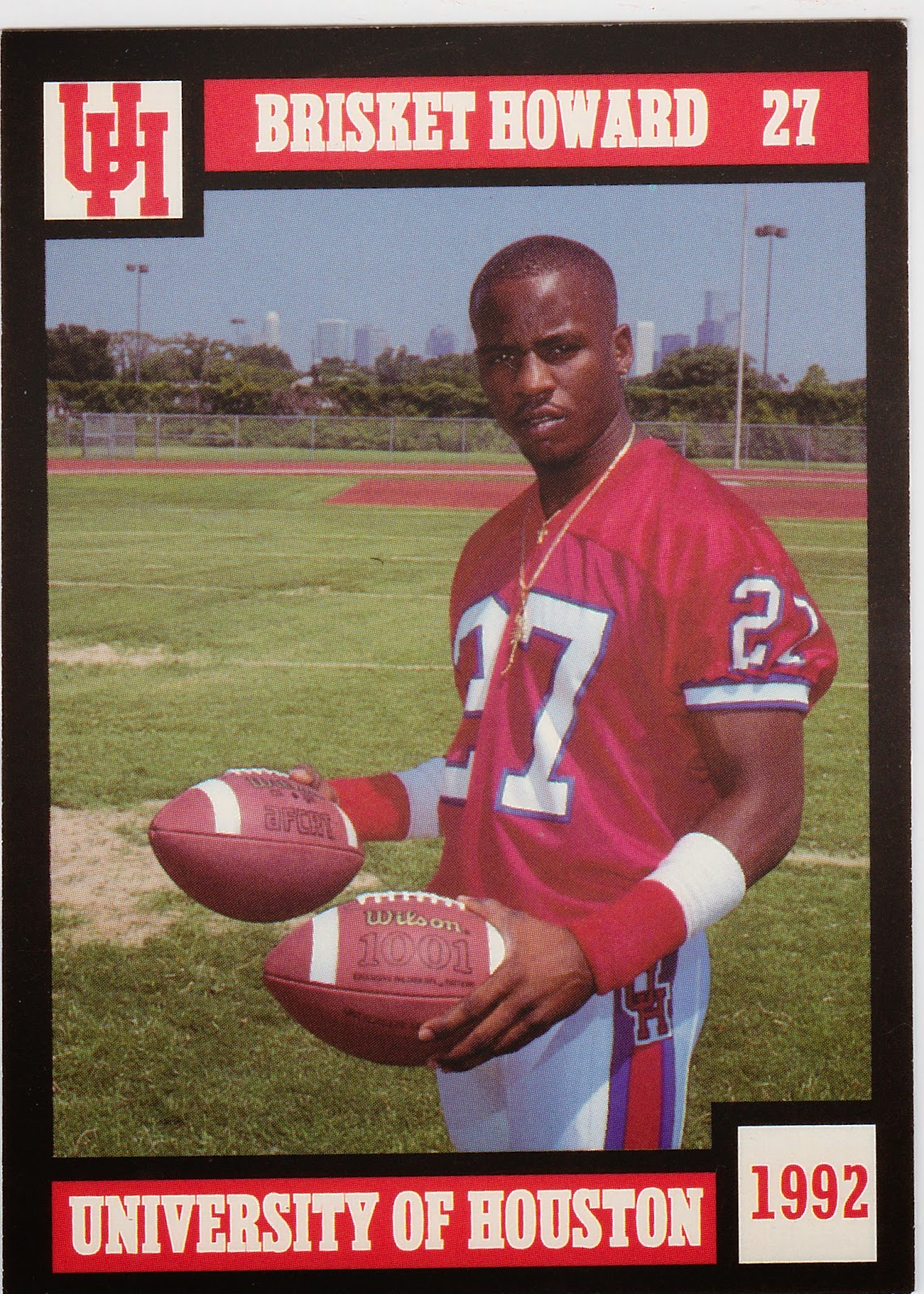 It's called Wallet Card, it's from the mind of Gavin at Baseball Card Breakdown. You've probably read about it and I'm late to the party. But I had to find this card. It comes from a University of Houston football set put out in 1992 by a company called Daily Motion. At one time I had cases of this shrink wrapped set but through the years I've given nearly all of them away to my students. I've kept a few. This is my favorite card from the set.

Brisket Howard (he's actually Brisket Howard Jr., his dad had the same name) was a DB and special teams player for the U of H in the early 90s. I left the school's employ in 1990 but I was out there on that same practice field more times than I care to recall. That's downtown Houston off in the distance.

This is my perfect 'wallet card', Houston player with a great name in a shot taken in a spot I know well,  This wallet card thing is a great idea and I hope we all have fun with it. I'm looking forward to seeing where some of these cards travel to. 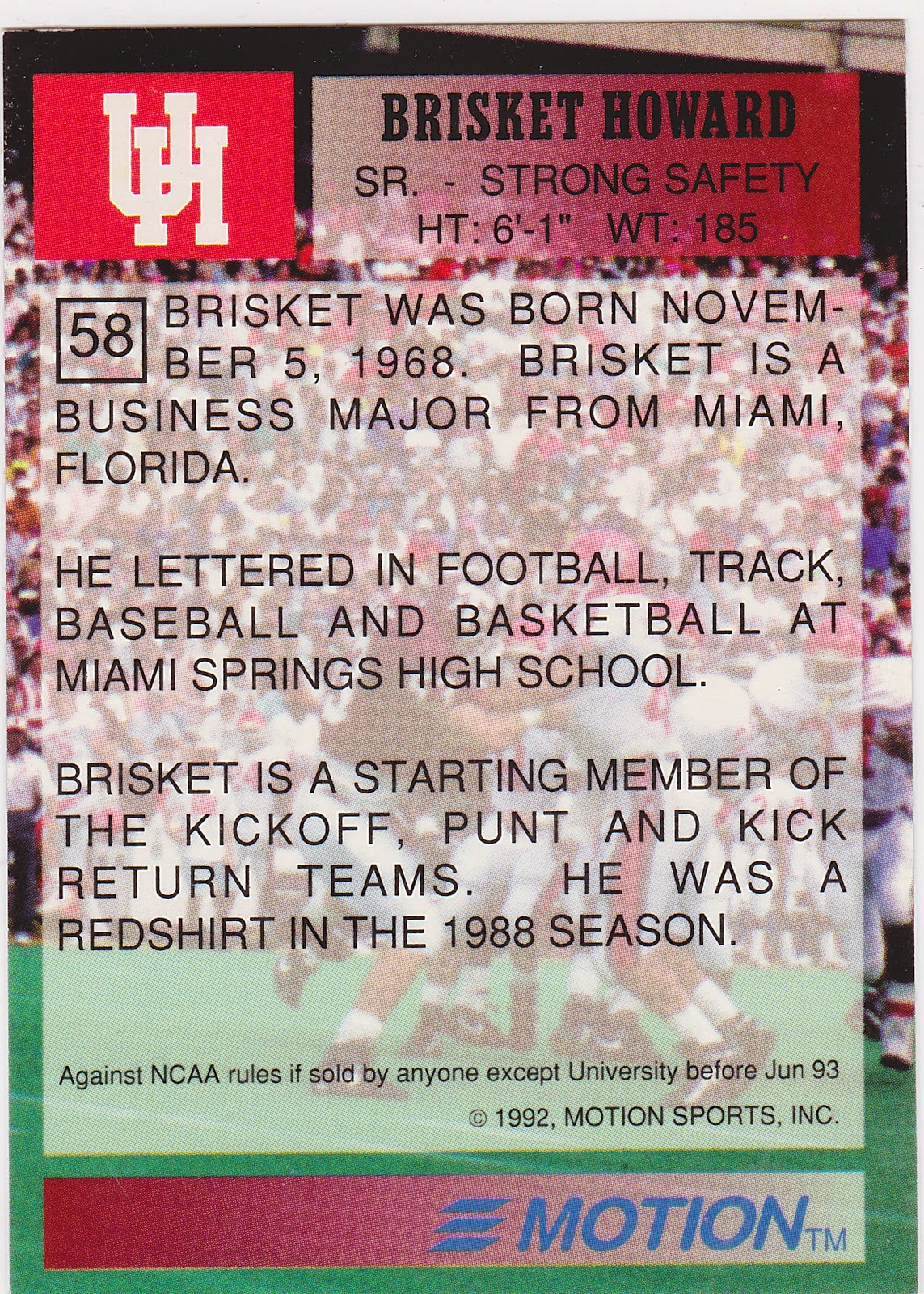 And here goes Brisket into my wallet...keep your hands off my AmEx card, will ya? 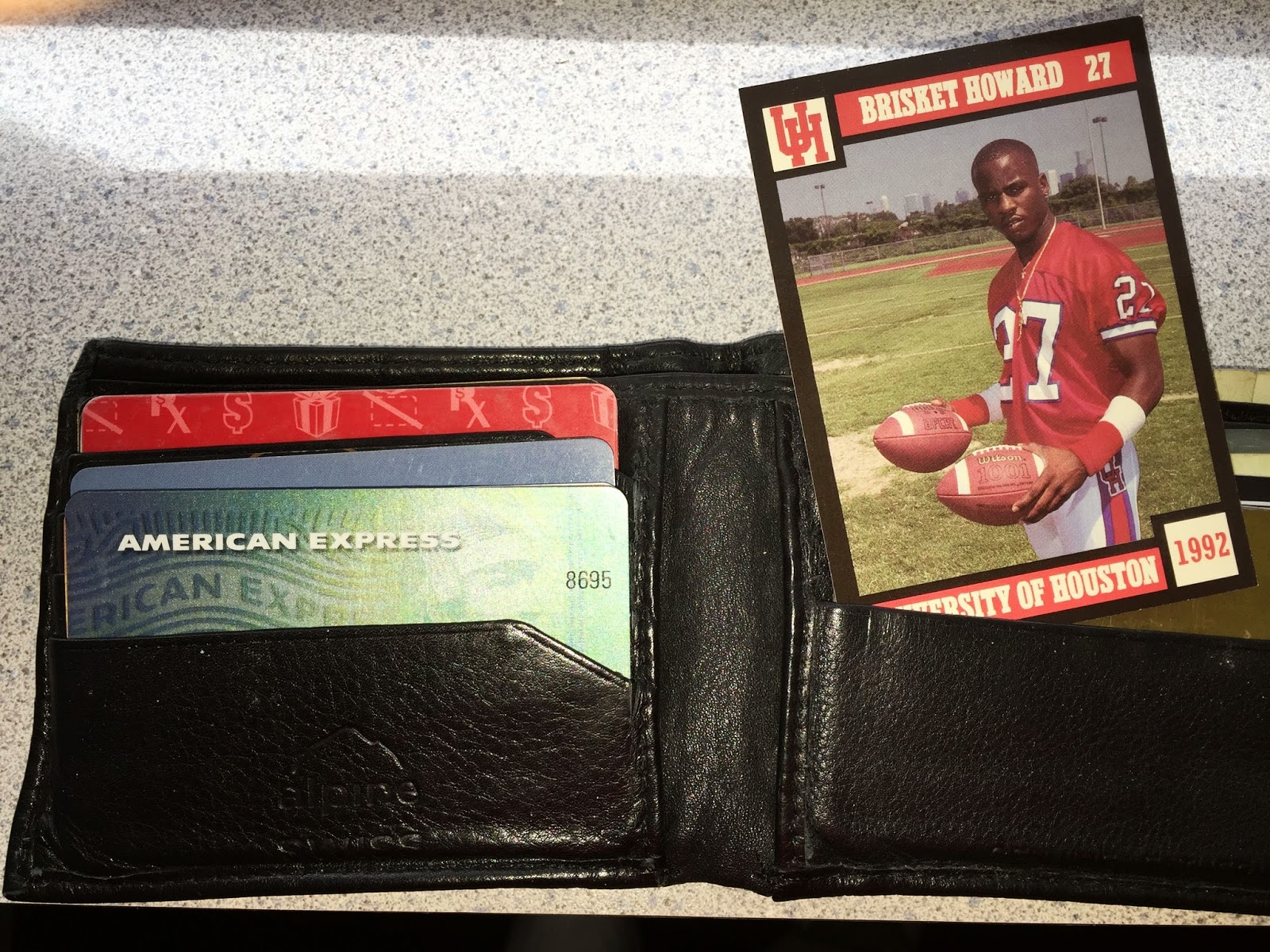