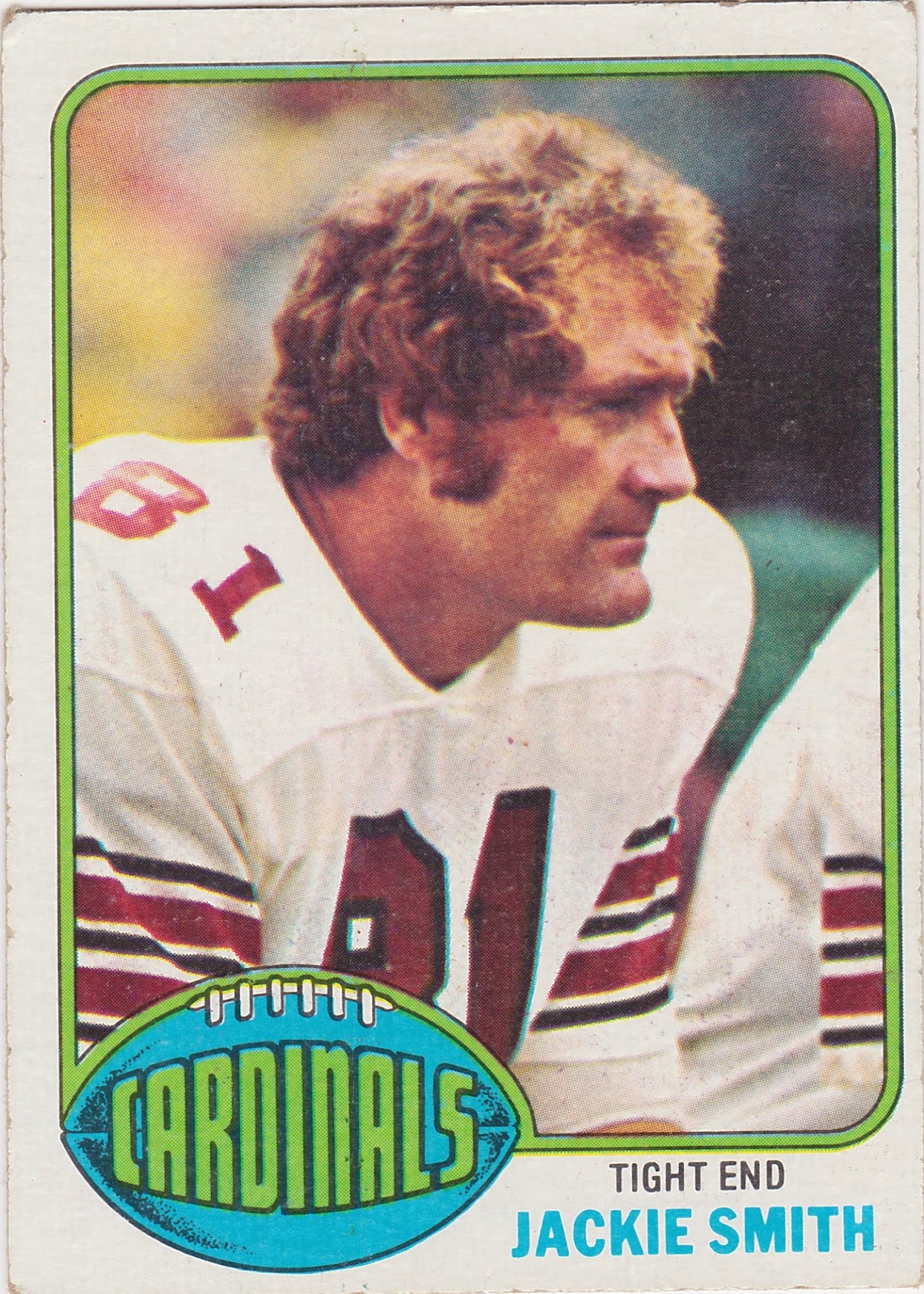 I've been working my way through the neat box of cards sent my way by Joe Shlabotnik. BTW...I can proudly say that I've typed that name enough to spell it right without looking it up!

Anyway I wanted to post a few before I head back up to the Metroplex for the second time this week. This time I'm headed to Fort Worth for the Interim Coaches Bowl between my Houston Cougars and the Pitt Panthers.

The box Joe sent contained not only Baltimore Colts cards that cleaned up a big chunk of my wantlist (more on that soon) but he gifted me with enough assorted 70s football that he actually created a quandary for me. I have had the '75 Topps football set in the back of my mind as a possible project for a long time. I wasn't very far along as far as collecting it but it was there nonetheless.

But Joe included cards from several other years and now I'm going wondering just which set I like the most.

I don't have time for much depth here today but this is a quick cross-section of some of the most interesting cards that the box contained. Up top is the '76 Jackie Smith. I can't see his card without thinking of his endzone drop in the Super Bowl while he was a Dallas Cowboy.

The next six cards are of various 70s football badasses. Earl Thomas was a TE at the U of Houston when I arrived there. He wasn't a guy to be trifled with. Jim Marshall is known for his wrong way "TD" run but he should be known as a remarkable defensive lineman. I thought he was Hall of Fame worthy. Pat Tilley is widely known for giving up his football career for military service.

If you followed football in the 70s you know all about Conrad Dobler. His reputation was that of the "dirtiest player in football". Here is a nugget from Wikipedia: Merlin Olsen once put Dobler's name on a prop in his show, "Father Murphy" — a headstone in a graveyard scene.

Rocky Bleier and Lynn Swann were in about 16 consecutive Super Bowls... or so it seemed at the time.

Finally here are a couple of Fleer NFL cards from the same era. Fleer had the official NFL license so they could show the NHL team and league logos but they were not able to use player names. What you ended up with were 'Team Action' cards like these as well as cards commemorating the Super Bowls. Joe's box contained several of the Colts related Fleer cards I was hunting.

Now it's off to Fort Worth and a football game that is scheduled to be played in the cold and rain. What fun!!
Posted by Commishbob at 9:23 AM