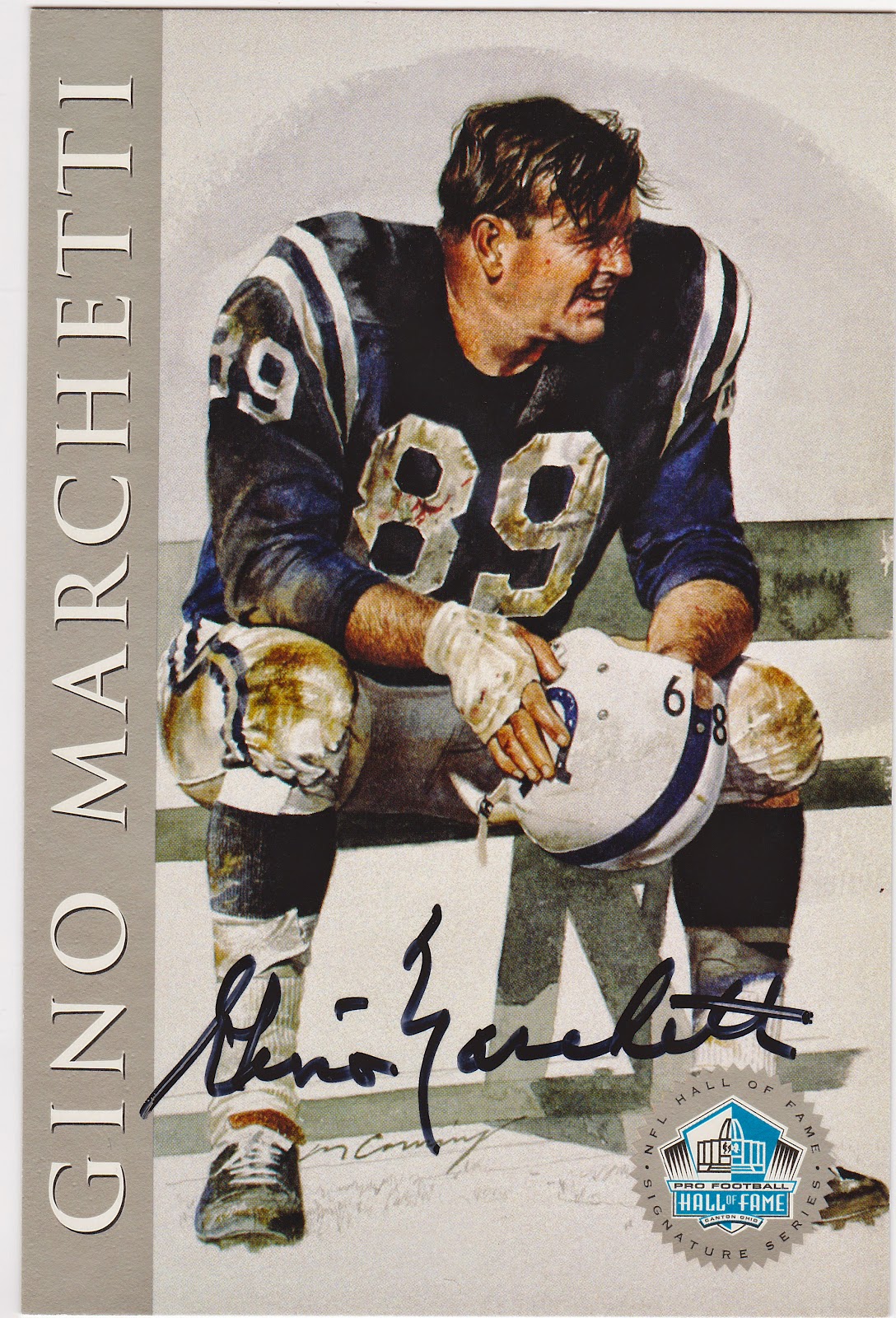 Gino Marchetti is one of the pro game's best players ever and quite a character to boot. His story is an unlikely one and this article is a great read.

When I bid on this card I was under the assumption that it was standard size but when it arrived I realized that reading the complete description is usually helpful. It turned out to be 5x7 but that's fine. Instead of my Baltimore Colts binder it'll reside on my shelves in a stand-up frame.

I only saw Marchetti play at the end of his career and most of what I know of him came from listening to my uncles in Baltimore 'talking Colts football'. I bought the card for the illustration but the sig is a bonus. I may have to check and see if there are similar cards for the other Baltimore Colts in the Hall. 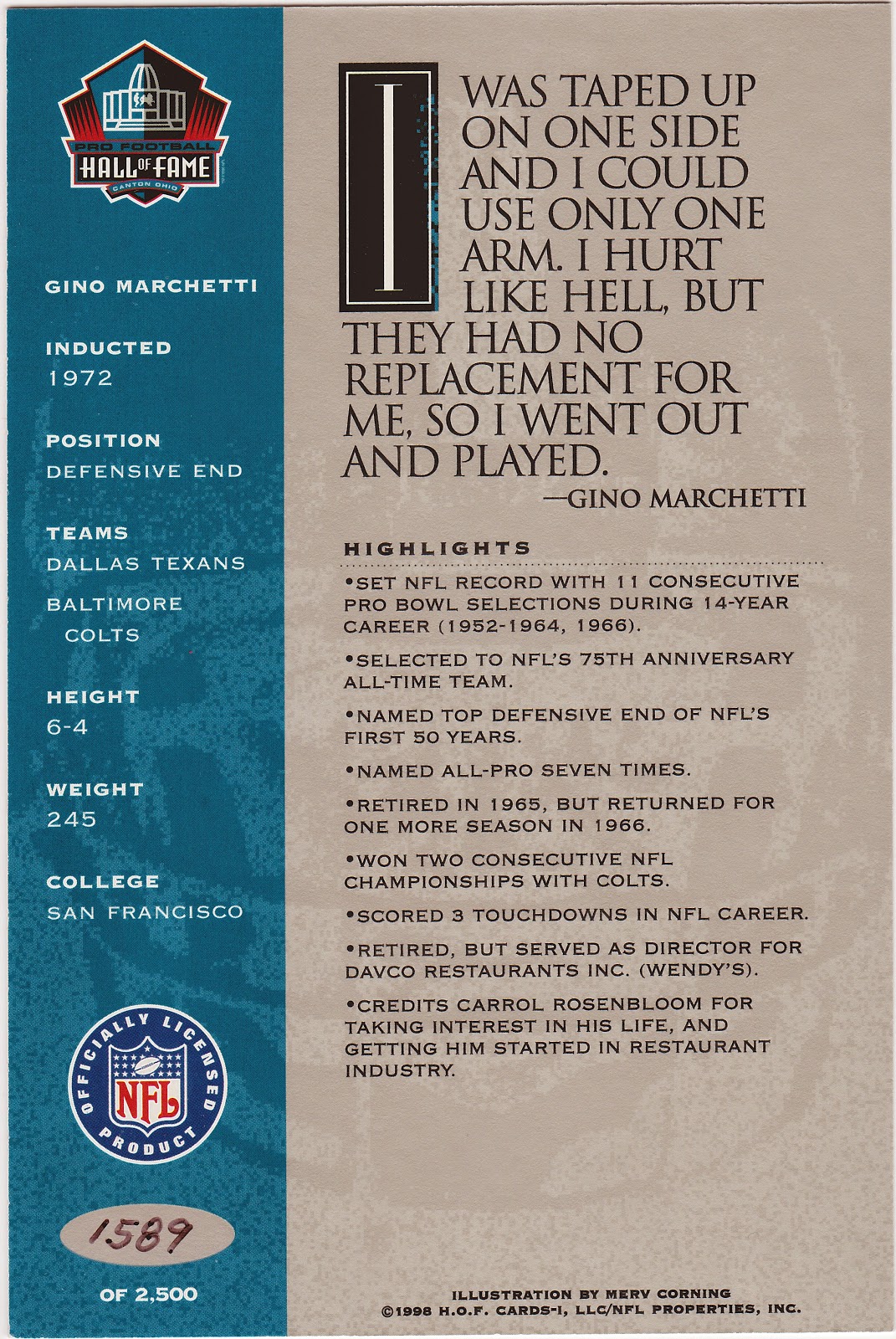 Posted by Commishbob at 7:37 AM