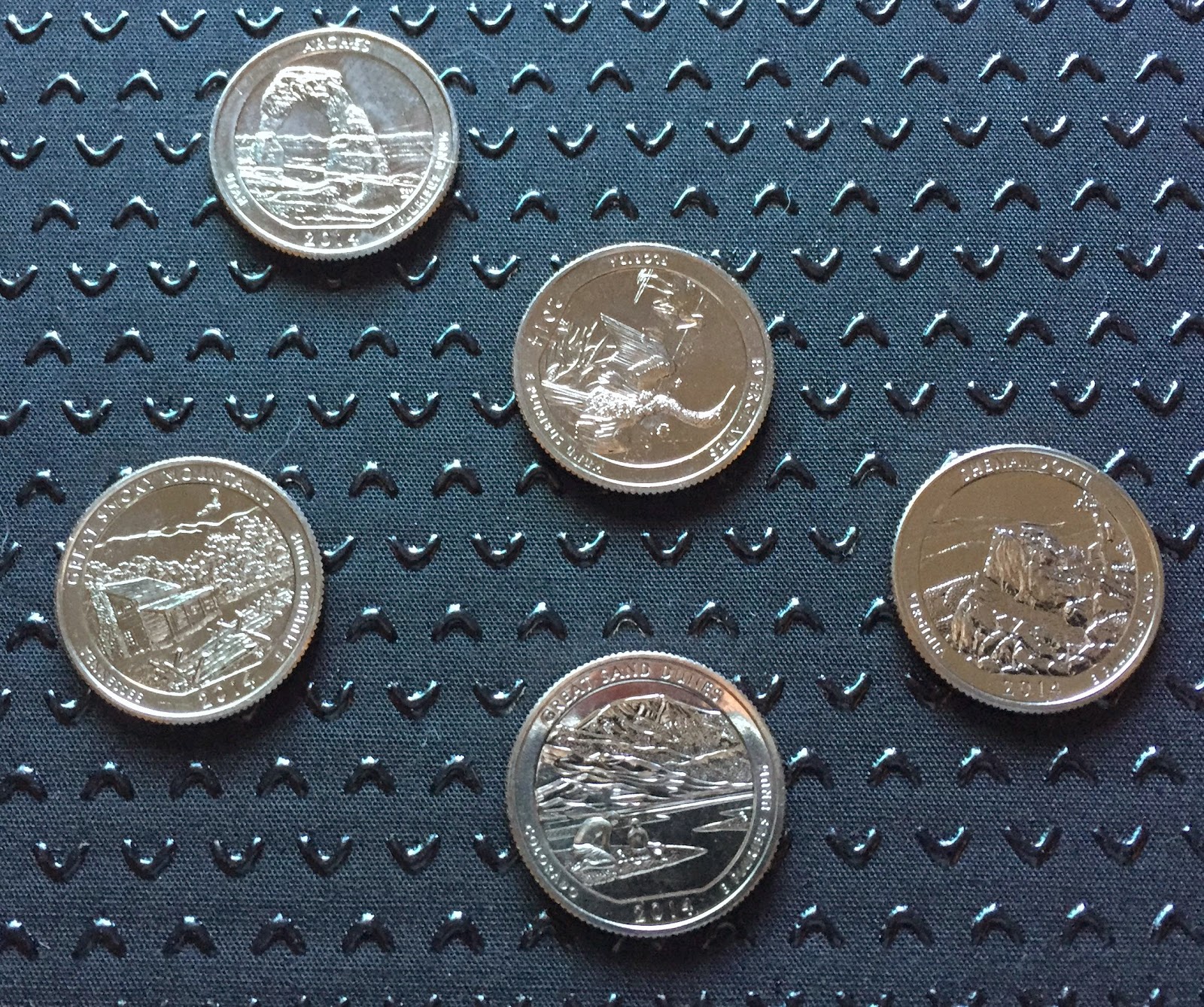 I recently did something that I didn't think I ever would. I went on eBay and spent money to buy money.

After finishing my long, slow collection of the US State Quarters a year or so ago I decided to go after the followup version, the National Parks Quarters. I found most of the first three years' sets pretty quickly and by the end of 2014 I had come across the five that were issued in 2013. But I had only one of the 2014s. My school's cafeteria cashiers will let me go through their coins when I ask , so I see a lot of coins, but for some reason the 2014s were very elusive.

I finally gave in and ordered the five 2014 coins on eBay and paid almost $3 for $1.25 worth of coins. Now I am caught up and can wait for the next release, the Nebraska Homestead National Monument of America Site Quarter which goes into circulation in early February.

This is the folder/book that houses my coins. 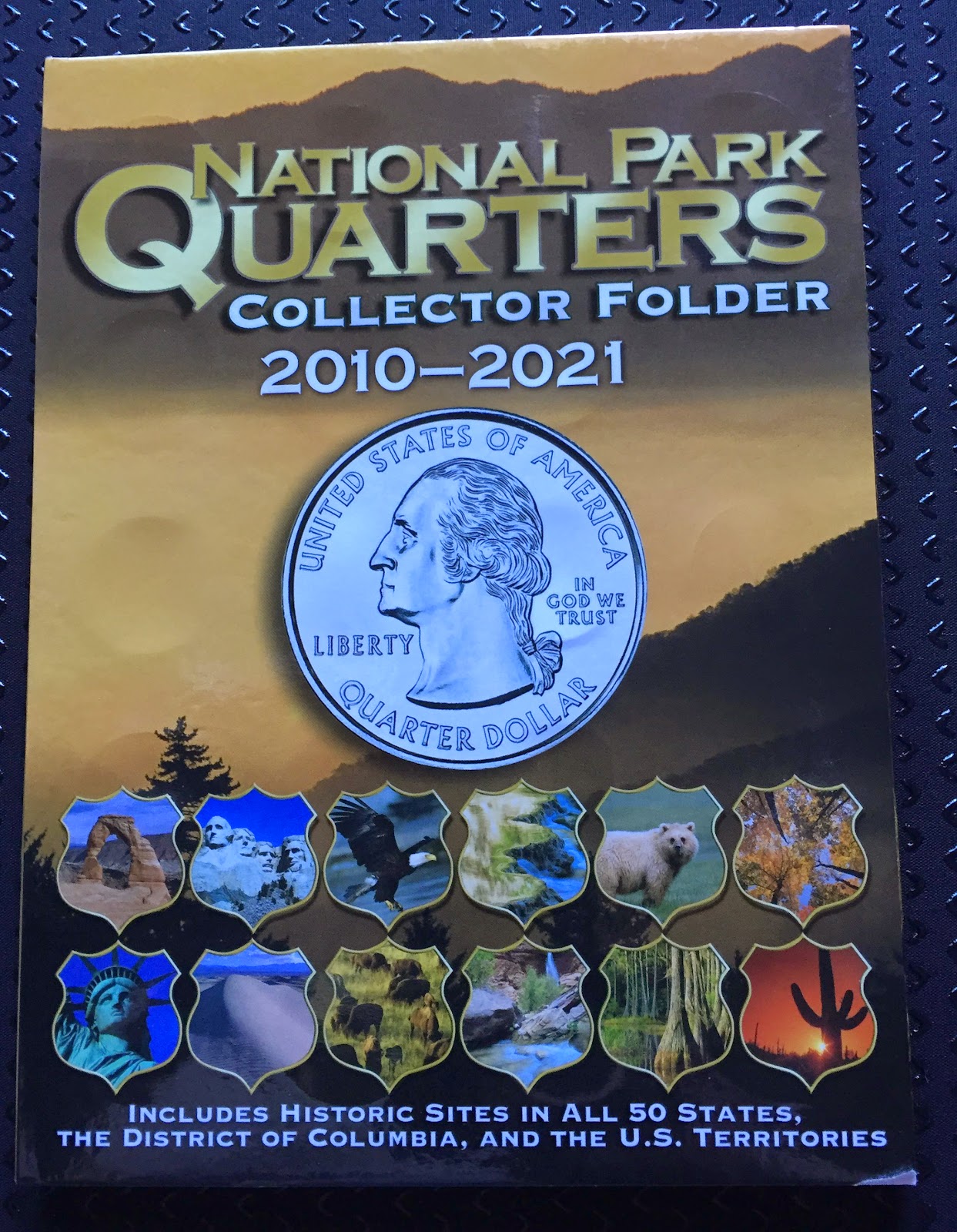 Here is how it looked before the eBay package came on Saturday. 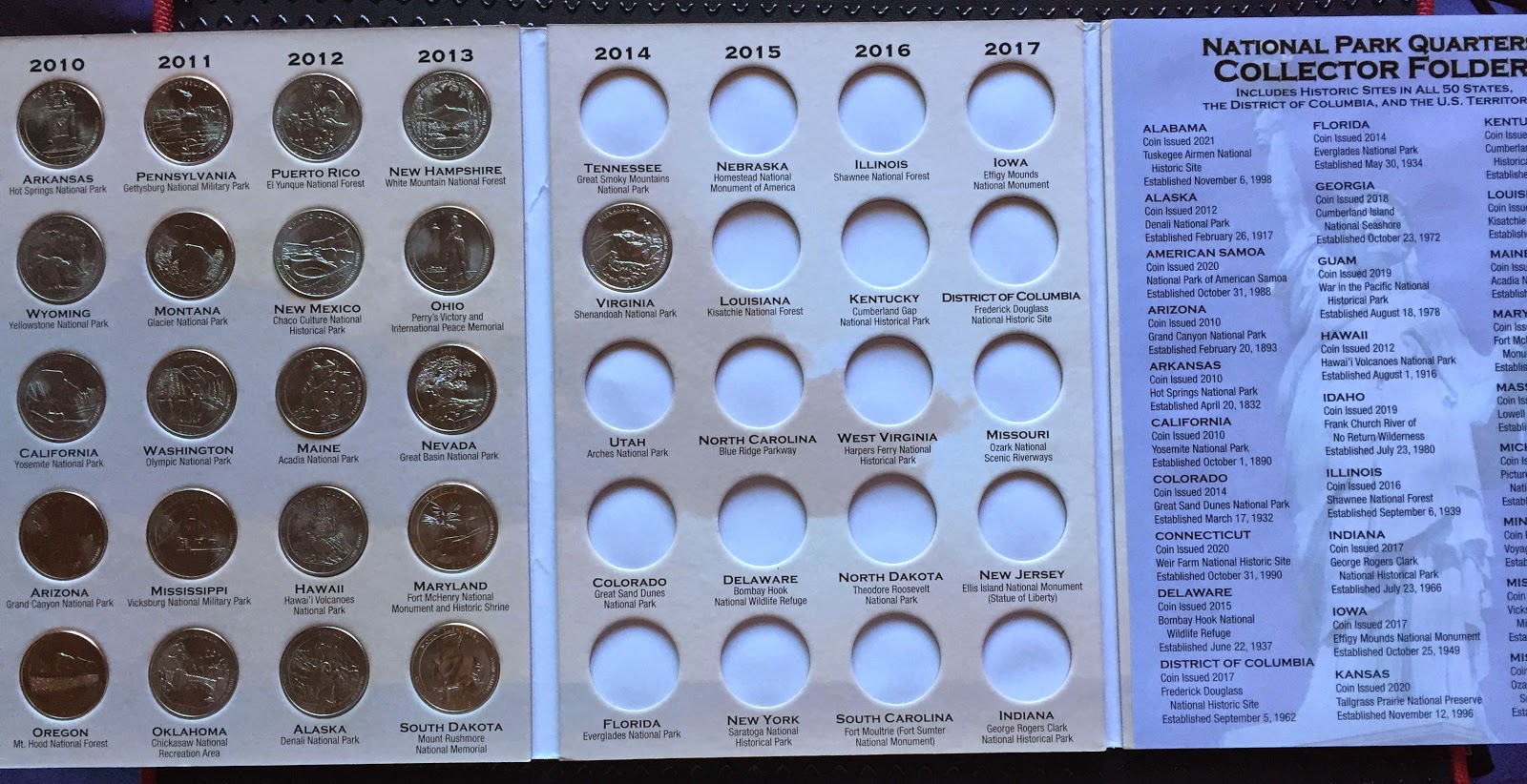 On the one hand I feel like I 'cheated' to knock out a year's worth of the quarters. But when I was putting my '59 set together 'one f/g card at a time' I actually bought several 'lots' along the way. So I'm looking at this as a 'lot' purchase.