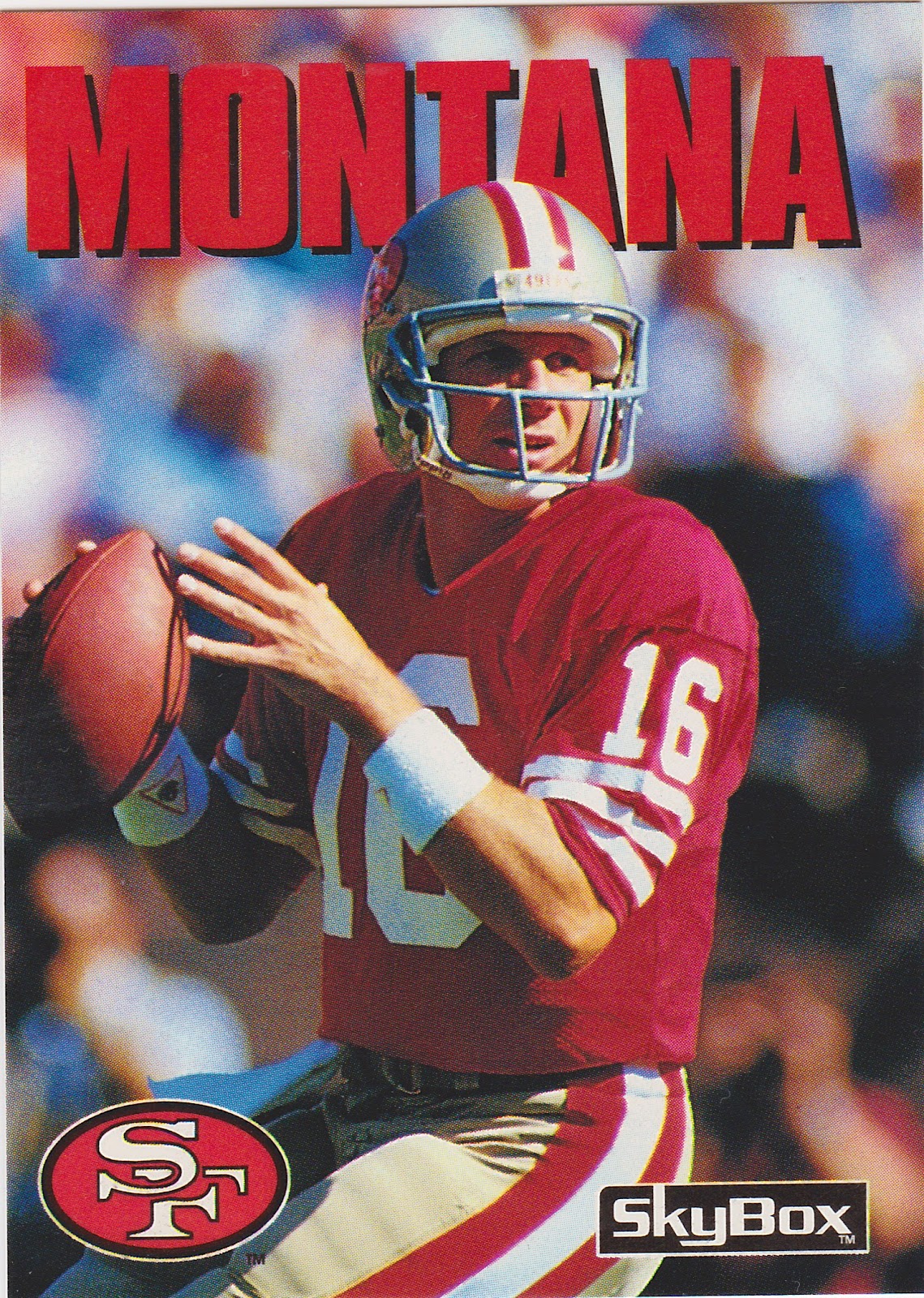 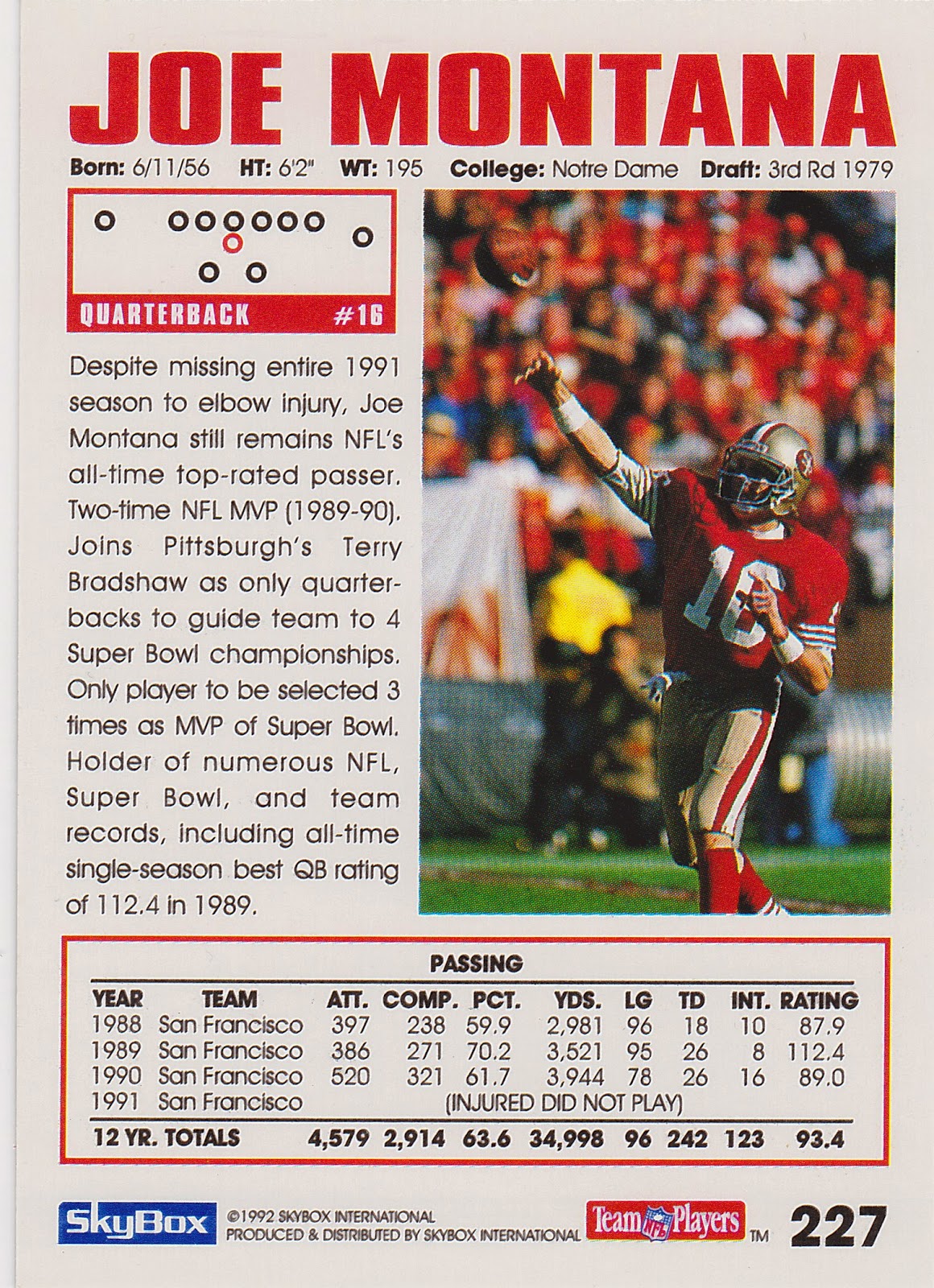 NFL Info: Not much I can say about Joe Montana that people don't already know. Here is the summary of his achievements and awards from Wikipedia:


I spent probably the most miserable day of my life watching Joe Montana lead his Fighting Irish to a win in the 1979 Cotton Bowl over my Houston Cougars with a last second TD pass. I've been to more football games than I can count but I've never been involved in one with such incredibly awful conditions. It was bitterly cold, the wind blew the whole game, the field was frozen (they used rock salt on it... bad idea) and the stadium, every inch of it and all of the rest of Dallas, was covered with a coating of ice.

I'll never forget how crappy the whole ordeal was. Blowing a big lead to Notre Dame just made it worse. This segment of the CBS broadcast captures the surreal ending. I check to make sure the video works, but I can't bear to watch it.


Fantasy Impact: I had Joe Montana in 1989 and he had a typical Montana year. He helped me go 9-4-1 in the regular season and got me to the championship game, which I lost.

The Card: I was fan of Sky Box football sets and this '92 set in particular. I thought the photography was first rate and the cards are attractive without being overly busy. The back has a different picture, stats and a box that highlights the player's position. I guess they were aiming at younger collectors. All in all this is a nice card from a decade of over produced look-alikes.
Posted by Commishbob at 7:00 AM