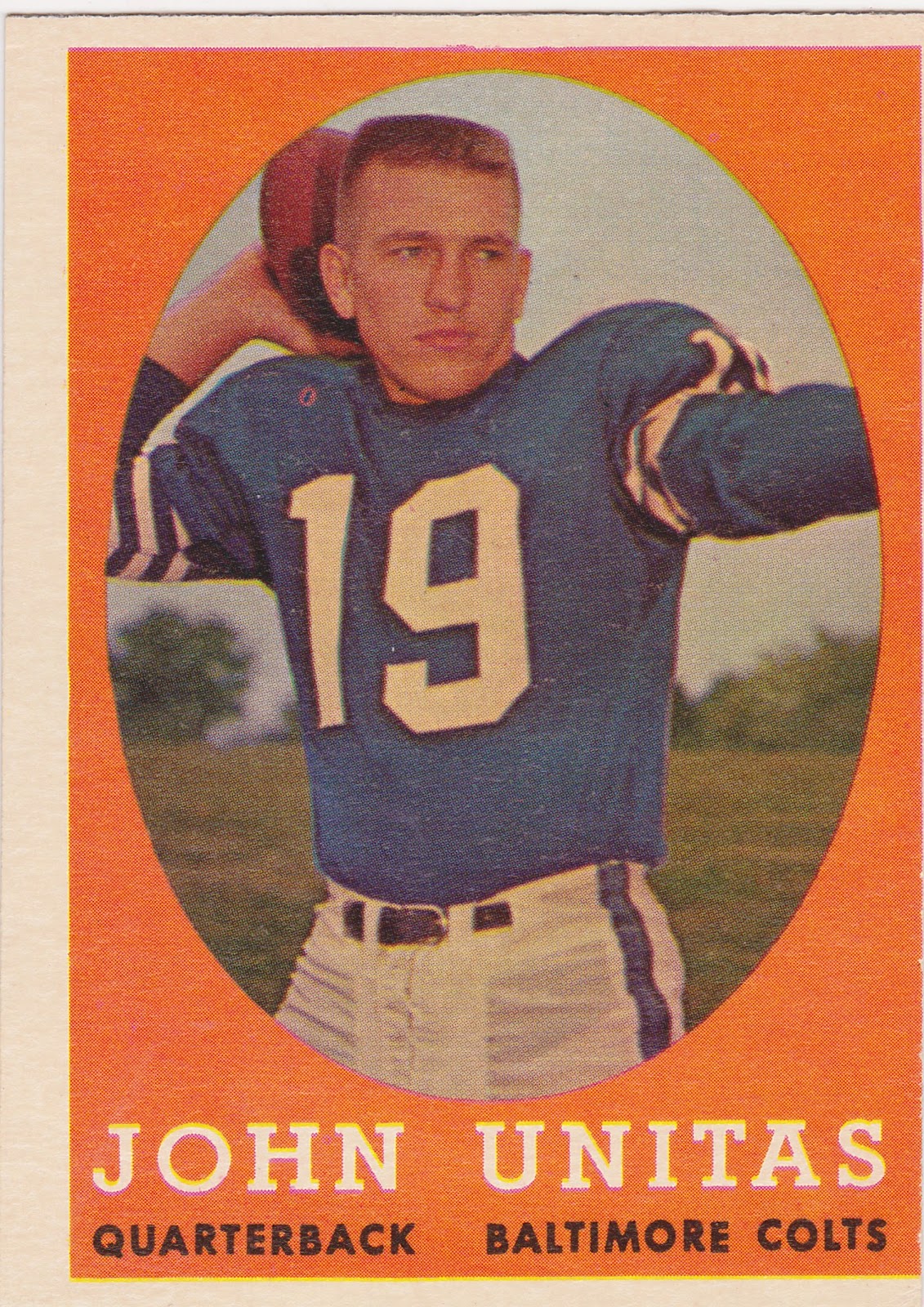 This 1958 Topps John Unitas card took me awhile for find, not because they are scarce, there are a bunch of them on eBay, but because I didn't want to spend much on a card for my Colts vintage collection that I already had in my Unitas PC.

I ended up spending about $20 for this one. It's very off center but otherwise in good shape. Decent ones on eBay and elsewhere usually go for more than $30 and the price can escalate quickly from there.

The cheapest one had a minimum bid of $10. Take a look at it and tell me if you would have paid that. 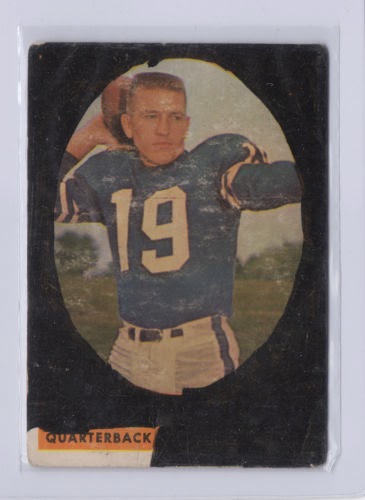 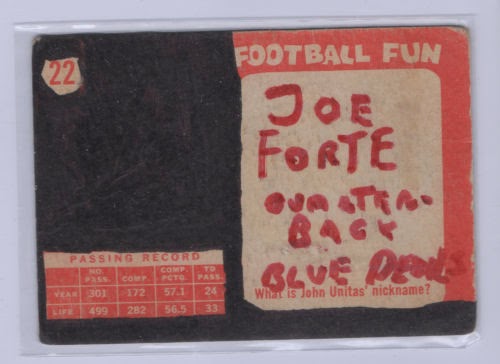 Yes, that's how it showed up in the auction listing. Now I have cards in my collection that have been written on... several of my 1950 Bowman Colts have had their colleges added neatly to their bio... but nothing like this. I wish I knew if the card sold or was yanked from eBay.

I had a link to the auction someplace but I can't find it now. Honestly, I'd have hesitated to spend 10 cents on that thing.

I've googled 'Joe Forte' and can't find a football player by that name. There was a North Carolina hoop player by that name who was drafted by the Celtics (and apparently was a major bust) but that's as close as I can come to puzzling out the info written on the back of the card. I even checked the Duke football media guide to see if they ever had a player by that name and got no results.

So in the end I found a pretty good '58 Unitas to the Colts vintage binder and had a chuckle or two. It's a great hobby, yes?