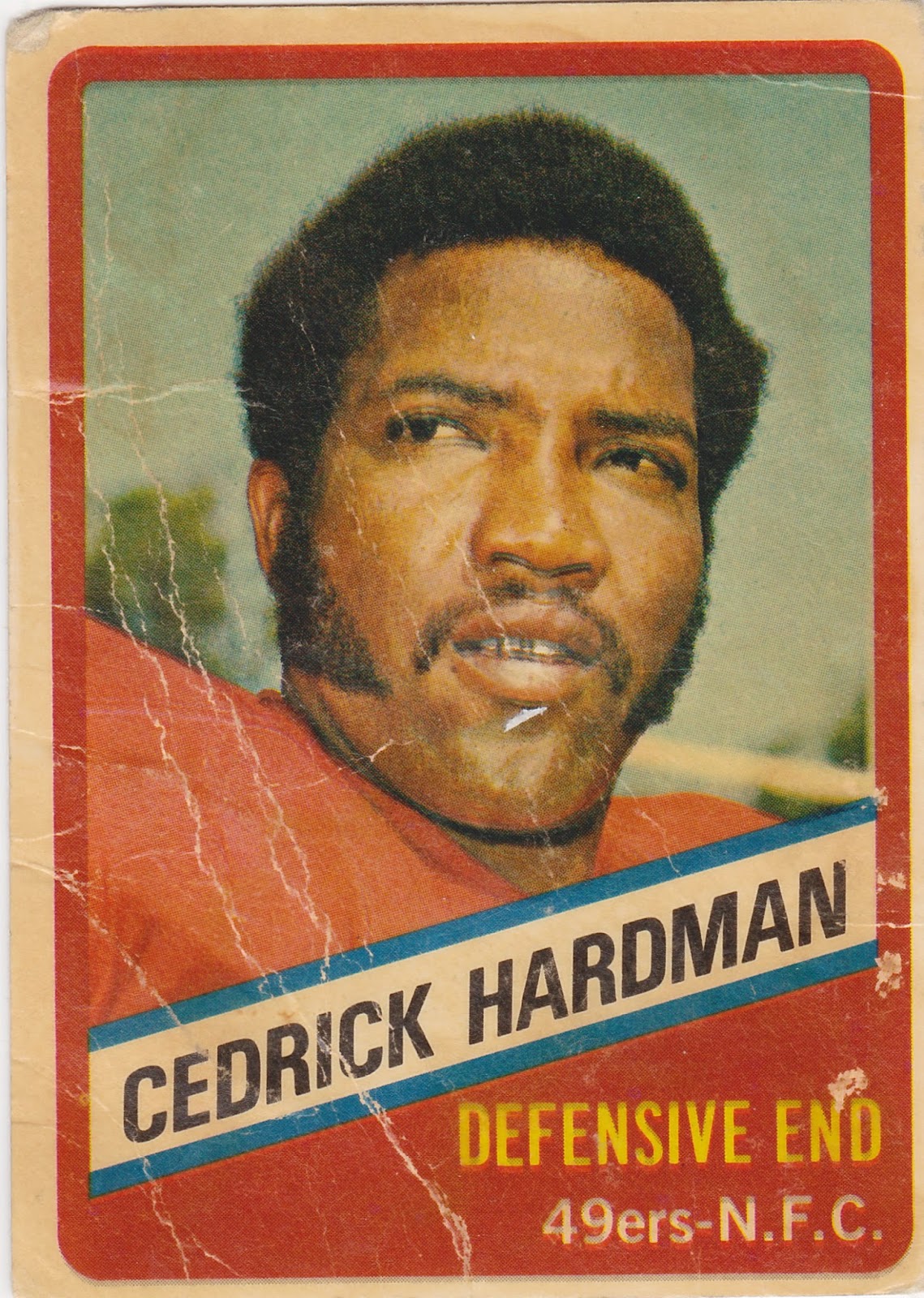 The box of cards sent to me by Joe Shlabotnik spent nearly a week trapped in a locked postal parcel bin because my usually reliable postal delivery person had failed to place the key in my regular mailbox. When I was finally able to liberate it I also found a couple of manila envelopes containing eBay purchases I had begun to worry about. Turns out the box from Joe and one of those envelopes had something in common. They both contained cards from a set I had only discovered a few weeks earlier.

The Cedrick Hardman card is a food issue card, coming from the 1976 Wonder Bread set and was in the box from Joe. I had no knowledge of the Wonder Bread set until I saw one on the Baltimore Colts checklist I was using.

Doing a bit of digging showed me that Wonder Bread had issued cards since at least the mid 70s. They had NFL cards from 1974 thru 1976 and issued non-sports cards as well, at least through the mid 80s or so. Among those were Disney sets as well as Star Wars, Battlestar Galactica and 'rock star' sets among others. I saw no evidence of baseball or any other sport other than football being involved. 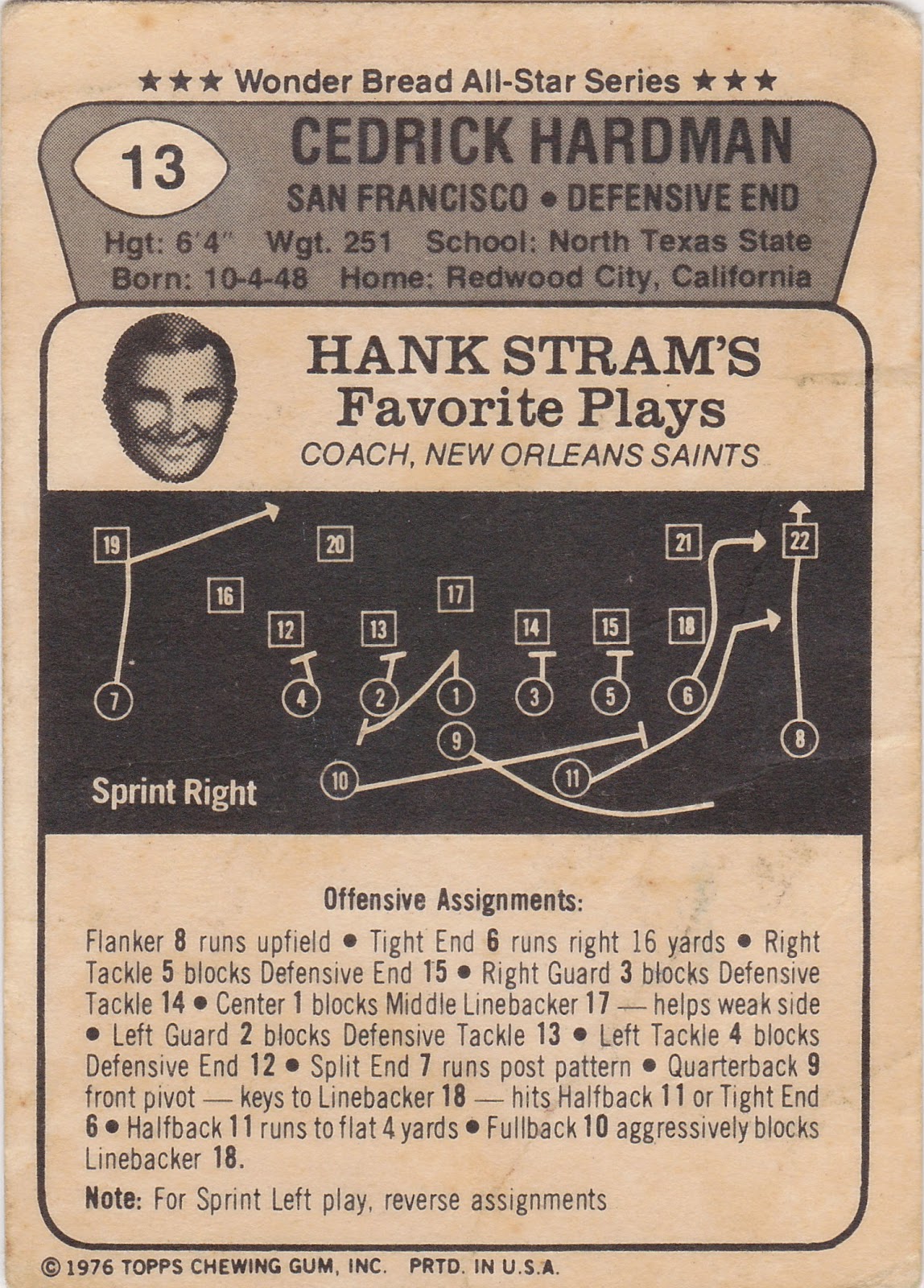 That Cedrick Hardman card has certainly been well loved but it's all the better for it. I found the discoloration of the cardboard interesting because while purchasing two variations of the only Colts player in the set, George Kunz, I noticed that one was similarly colored. The Kunz cards below were both in an envelope that arrived with Joe's box. First the '76 Wonder Bread version..... 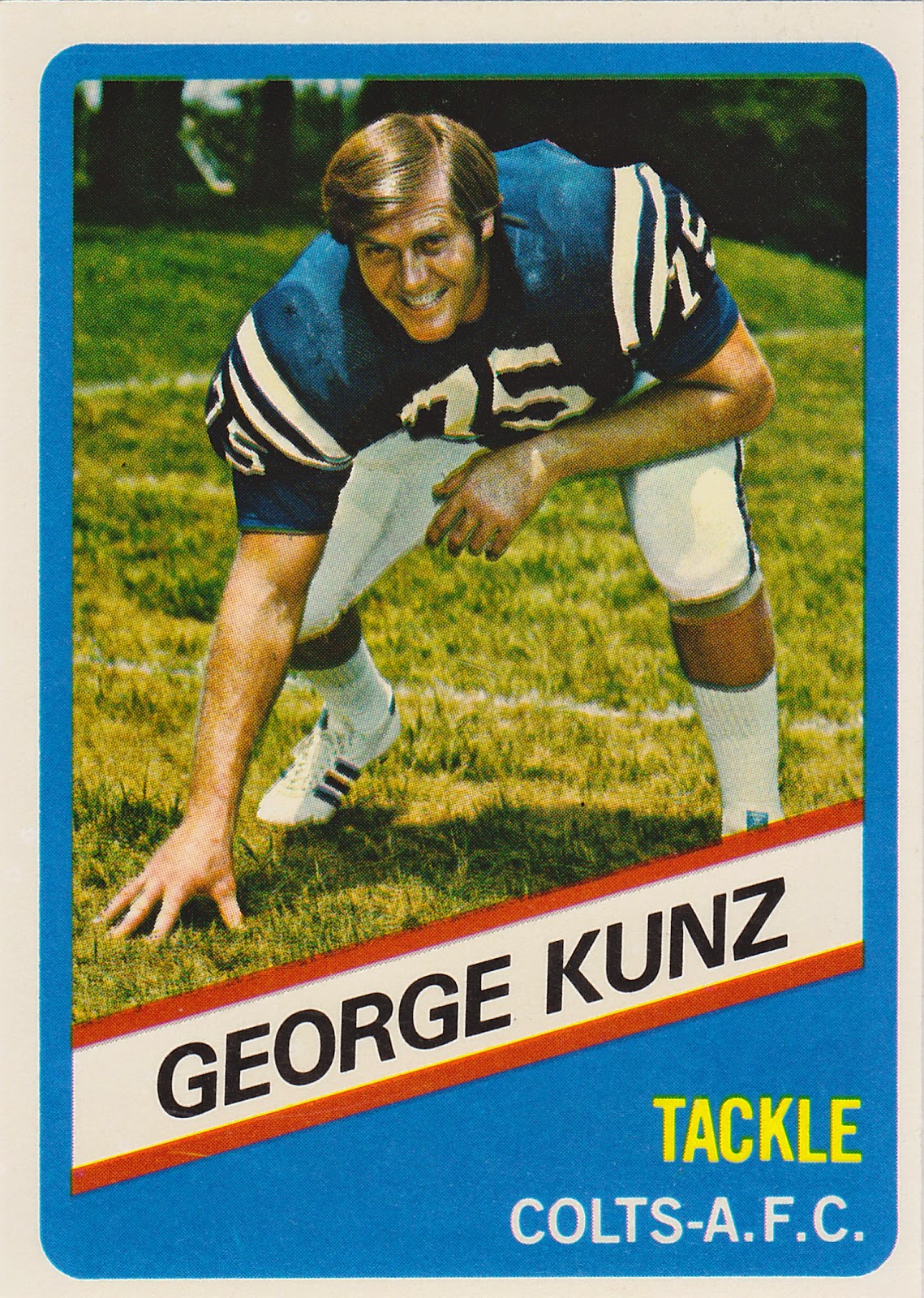 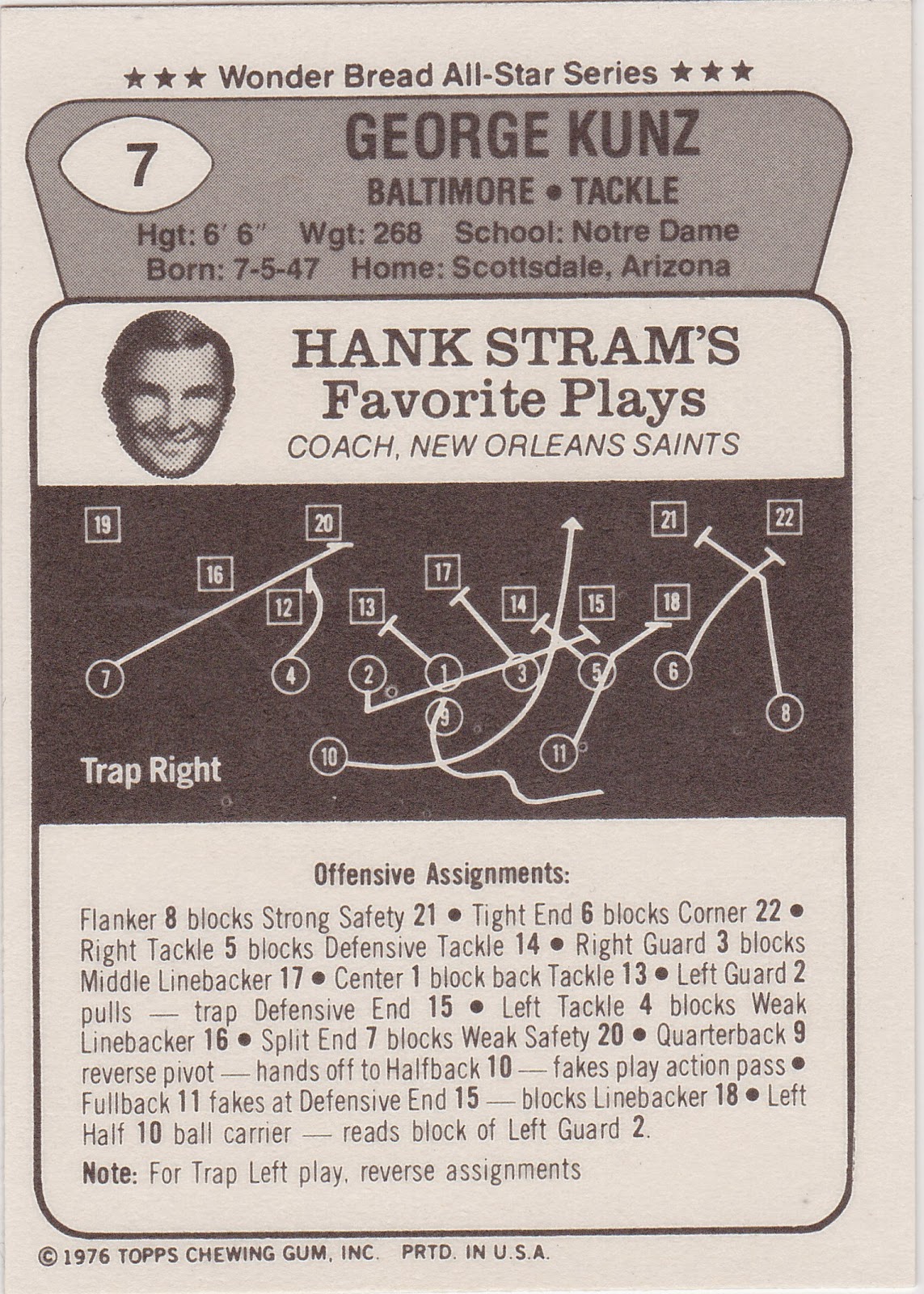 And here is a 'parallel' card that shows it being issued by "Town Talk Bread". Town Talk was a brand that was distributed only in Western Pennsylvania.  The Town Talk version is 'browned' like the Wonder Bread Hardway. But the Wonder Bread Kunz looks white. 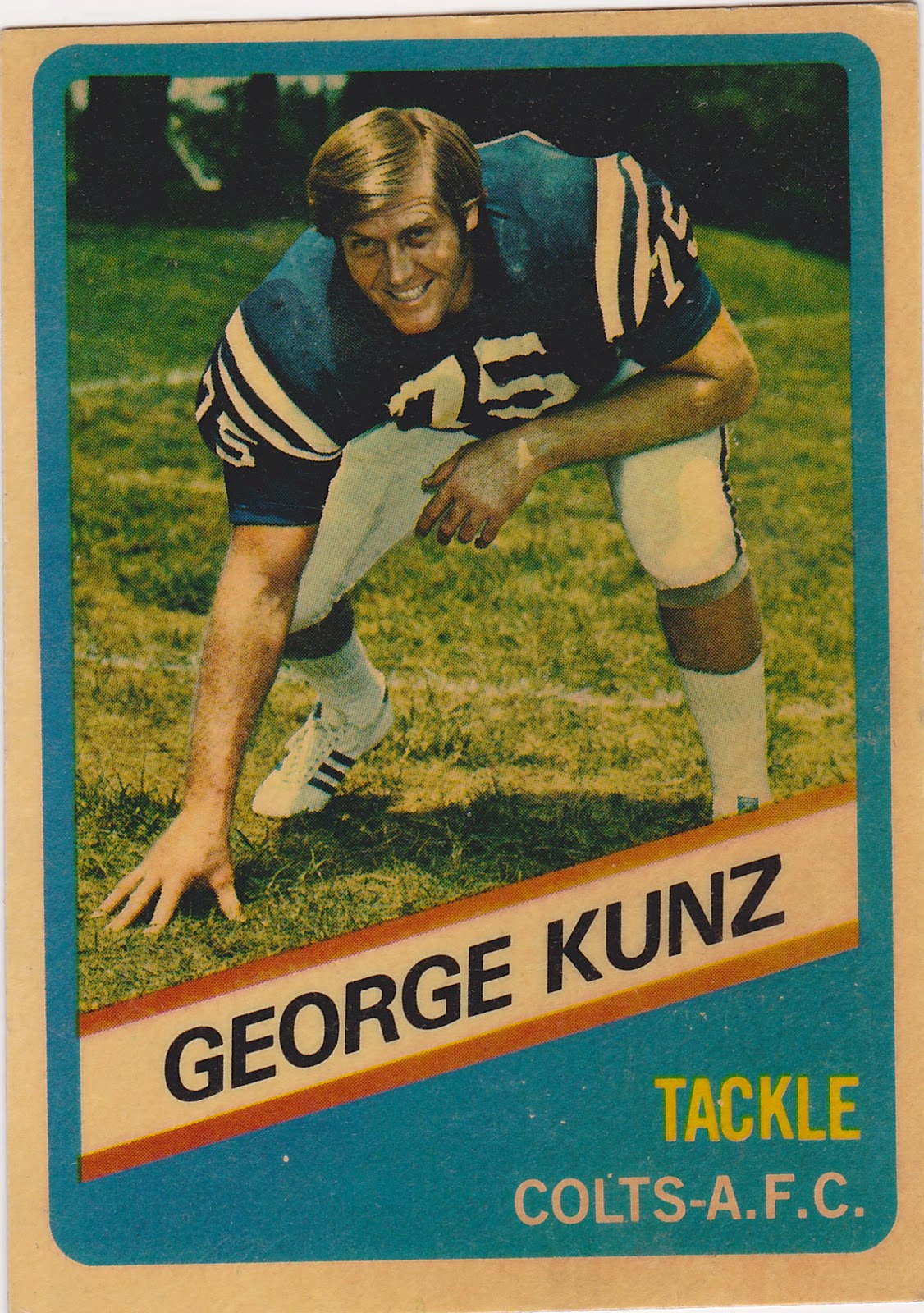 The copyright line shows that they were all produced by Topps. I'm guessing Topps used inferior cardboard in producing these because I've never seen 'regular' Topps cards from this era with this characteristic. 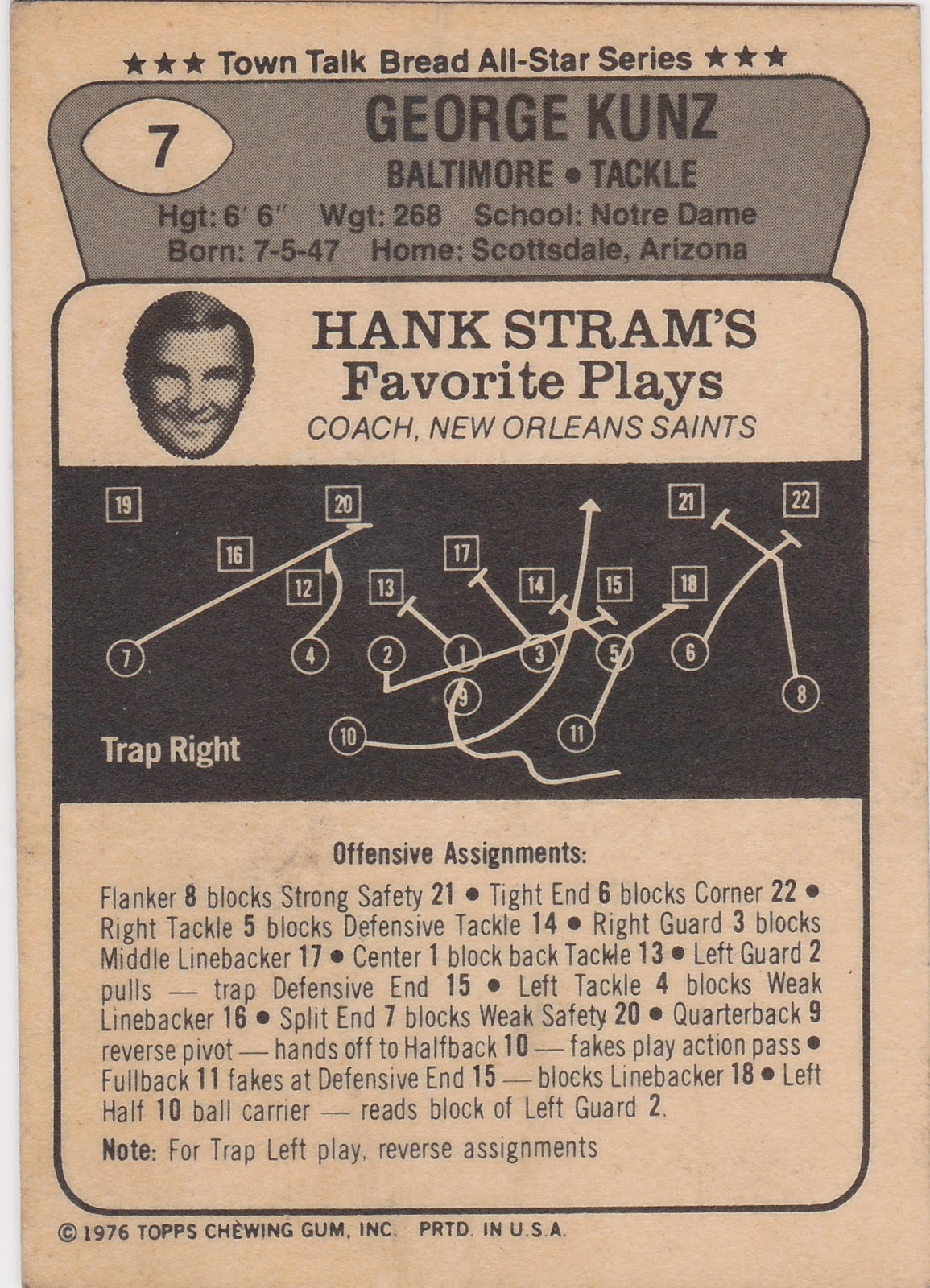 Another interesting aspect of the Wonder Bread/Town Talk cards is that the 'middle' set, the 1975 set uses a design very close to the 1971 Topps football set.

First the Wonder Bread design...(all the below images are taken from the 'net) 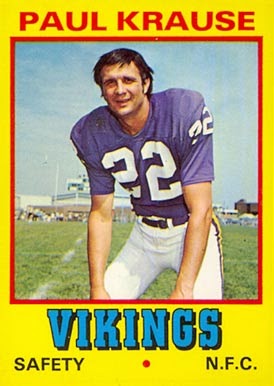 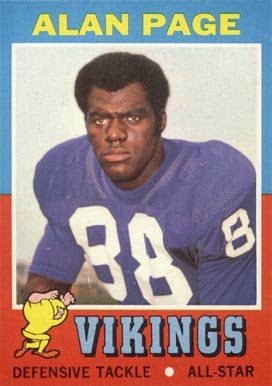 And finally a card from the 1974 Wonder Bread set. 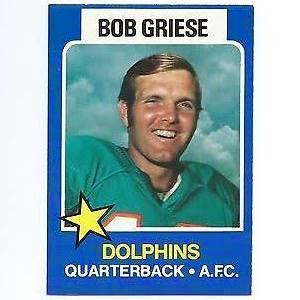 The Wonder Bread/Town Talk sets contained 24 or 30 cards and don't appear to cost much at all. I bought both Kunz cards for less than $5 combined.