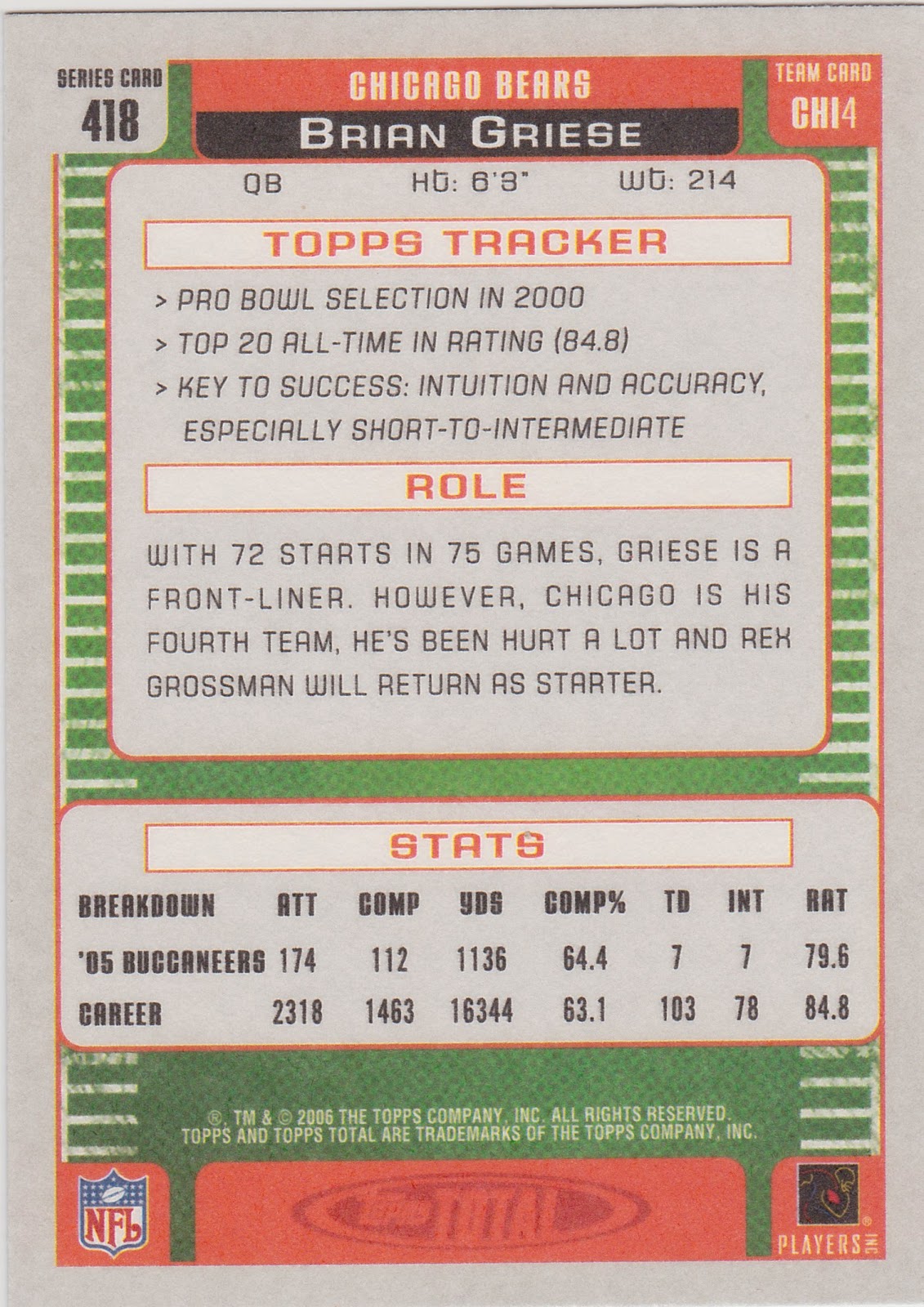 NFL Info: Brian Griese, son of Hall of Famer Bob Griese, was drafted in the third round by Denver in 1998 out of Michigan. He spent over a decade in the NFL, never a star but for the better part of a decade he was a very serviceable starter in several organizations. His most productive stretch was a four season run as #1 in Denver. During that time he made his only Pro Bowl appearance. With the exception of a 3-3 record in six starts with the Bears he had an above .500 record with each team he played for. After retirement he's worked as a Broncos radio voice and as a college analyst for ESPN.

Fantasy Impact: I had Griese twice as a back-up and bye week starter, in 2000 behind Kurt Warner and 2006 behind Brett Favre. He had two starts for me each season and did very well in three of them.

The Card: Another 'meh' Topps product design. Nothing special. In fact it is soooo 'nothing special' that I don't even care one way or another. I had a couple of Griese cards but I stuck this in the binder for variety.
Posted by Commishbob at 7:00 AM