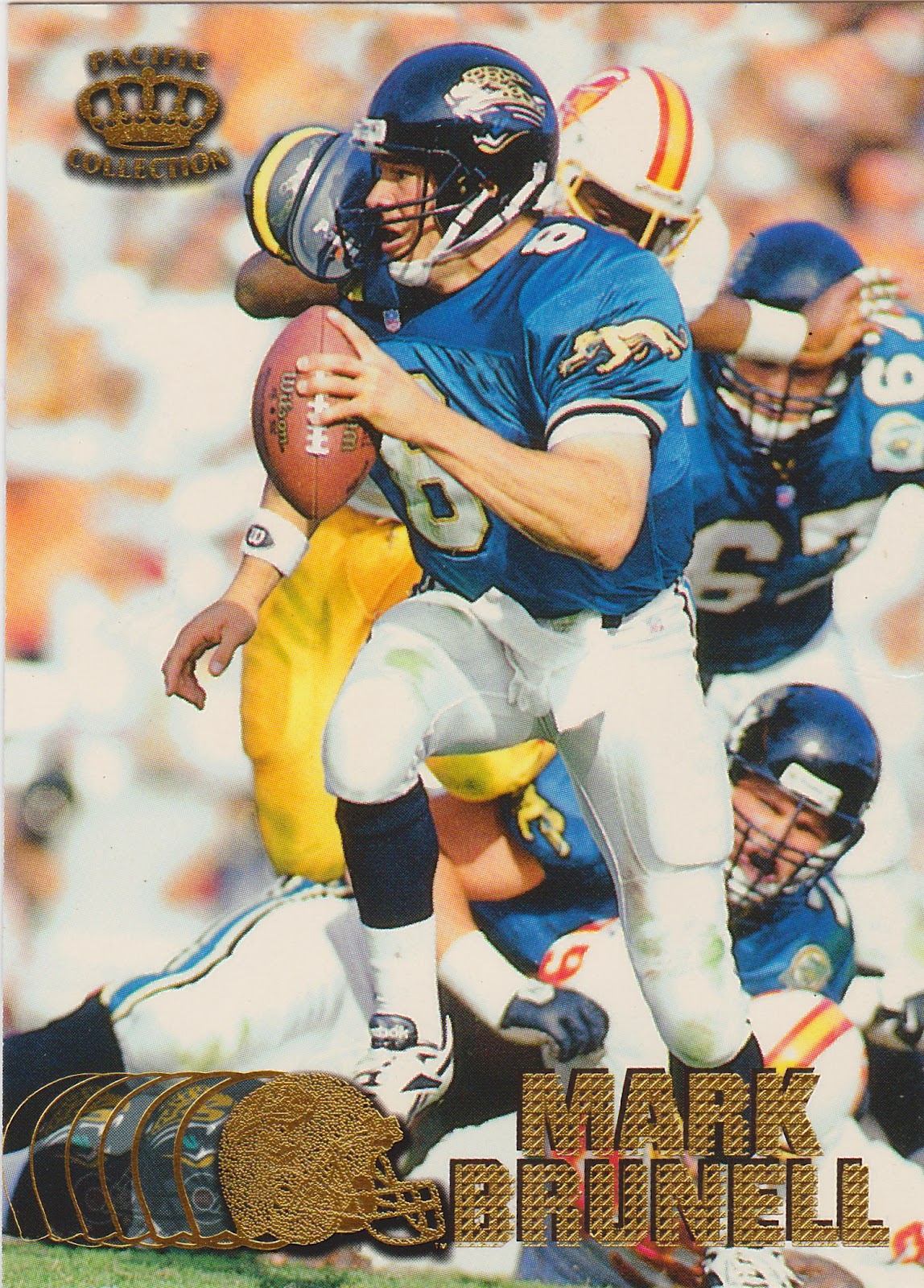 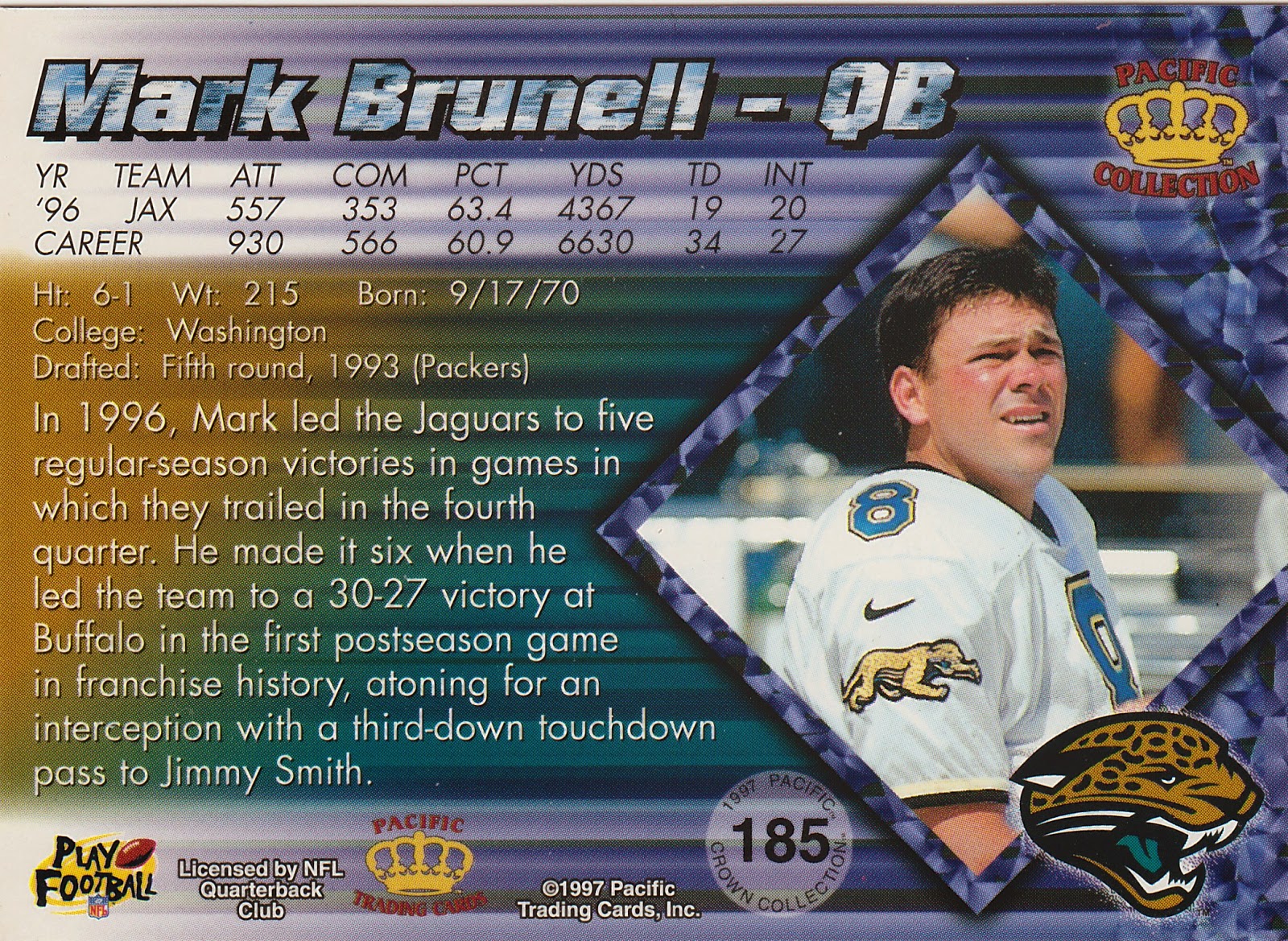 NFL Info: Lefty Mark Brunell was drafted by the Packers in 1993 in the fifth round after his college days at Washington. He sat on the bench and watched Brett Favre for a couple of years and then got his break when he was traded to Jacksonville. He wrestled the starting job away from Steve Beuerlein early in the '95 season and held it for nearly a decade. He teamed with Jimmy Smith and later Fred Taylor to bring much success to the Jags including a couple of AFC title game shots.

After his days as The Man in Jacksonville he played for Washington where he had one year as their starter, the Saints with whom he won a Super Bowl ring as Drew Brees' back-up, and Jets. He currently works for ESPN as an analyst and is the head coach at Episcopal School of Jacksonville.

On a side note his daughter Caitlin was Miss Alabama last year and finished in the Top Ten in the Miss America competition in September.

Fantasy Impact: This is the card I was looking at when I discovered my need for a Jose Cortez card. I was combing through my Excel spreadsheets very closely because I had no listing of when Brunell graced my fantasy team's roster. He has no no entry in my scoring logs so I know I never started him but I thought I kept pretty good records of guys who I picked up but never used. But there is no Brunell to be found on any season's roster. But I had this card of him in my binder and there is no reason for me to believe I put it there by mistake. So I think I must have picked him up on waivers at some point and had him sitting around. I've been known to claim a guy on Wednesday, quickly change my mind about his value and replace him on Saturday when our next waiver claims are run. Hey, that's my story and I'm sticking to it.

And this Brunell card is staying in my binder.

The Card: Pacific sure likes gold. And that sort of 'machined' gold at that. A really nice good card photo is reduced by the huge helmet and thick, blocky name text. Maybe a real Jags helmet as a front adornment with smaller, lighter name would have made this a better card.

The back is busy, crammed with a bunch of elements but that just seemed to be Pacific's style. I like the fact that the text paragraph is not just a bunch of generic platitudes. Someone actually had to do some homework.
Posted by Commishbob at 7:30 AM