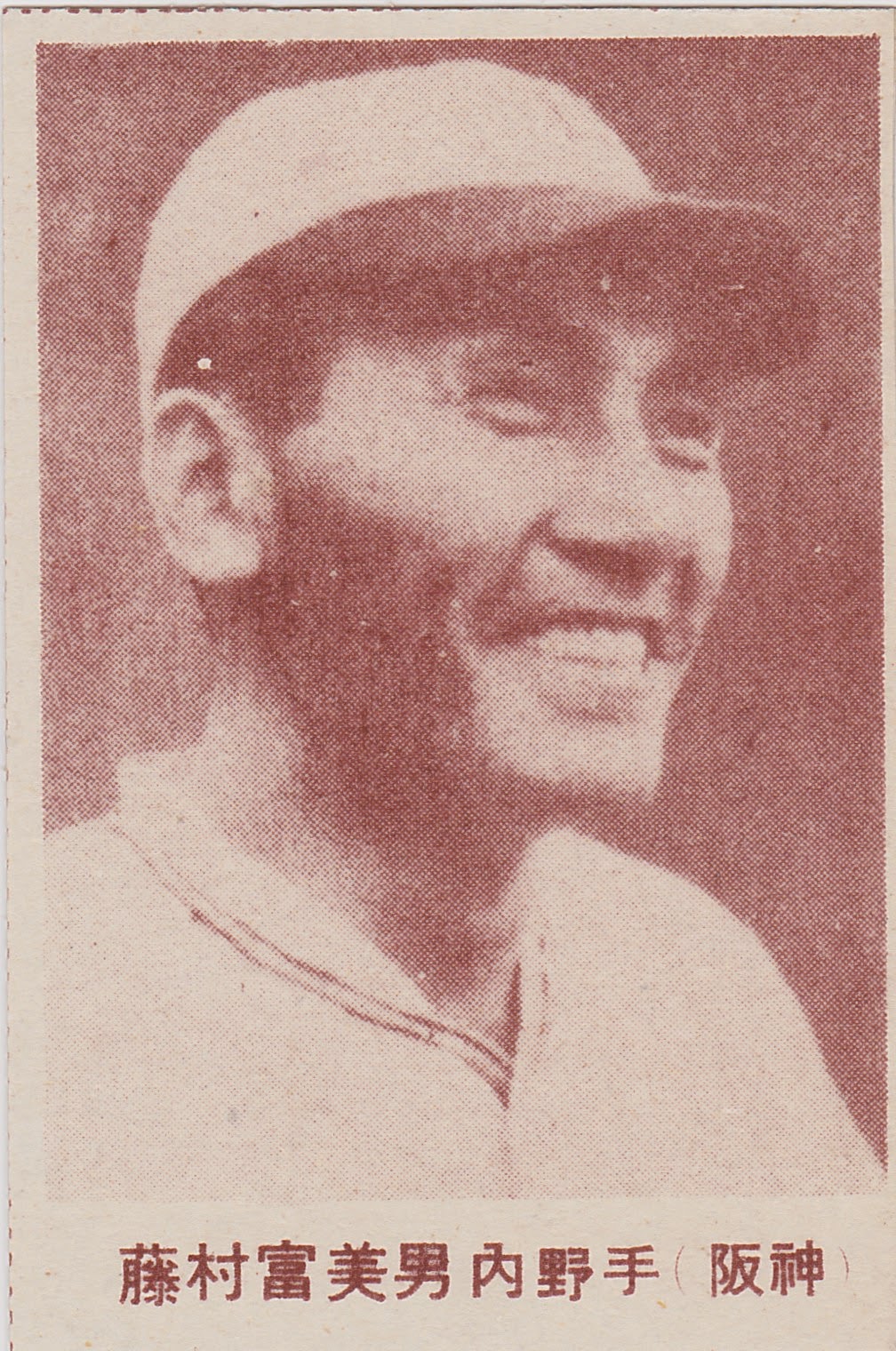 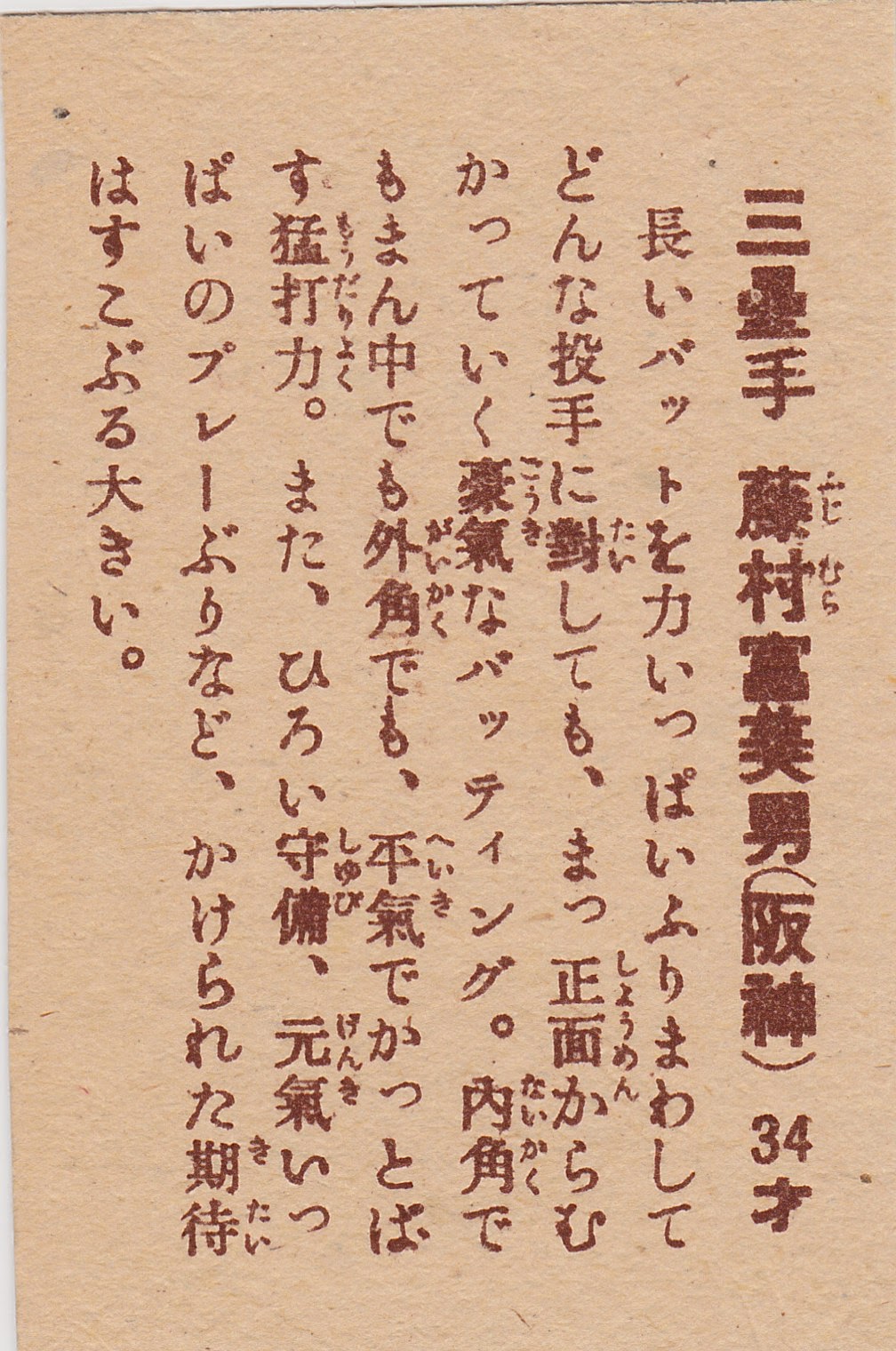 I hadn't done much with my Japanese cards in a year or so it seems so I picked up something to add to my 'type' collection. I didn't have a Bromide card of this sort and it was pretty reasonable so I bought it. The set is classified as the JBR 13 1949 Yakyu Shonen. The set consists of 36 cards of Japanese players and 12 cards of the San Francisco Seals' PCL team. The cards were distributed in sheets and the individual cards were hand cut from these sheets. I found a picture of the Seals cards. It's at the bottom of the post.

The front side text under the picture consists of his name and position with his team (Tigers) in parenthesis. The same info (plus the players age) runs down the right side of the card's back. At least that is my understanding..... Fujimura is listed as being 34 years old on the card and his Baseball Reference page puts him at 32 in 1949.

Fumio Fujimura is a Japanese Hall of Famer who played, mostly as an infielder, for the Hanshin/Osaka Tigers both before and after World War II. He finished his baseball career as the Tigers' manager in 1957. He had managed them at the age of 29 in 1946 and took over again in 1955

Here is his page from the Japanese Hall web site (English version):


The first "Mr. Tiger"; famous for his aggressiveness

I'm not sure what a "wash-line pole bat" is but maybe this shot of Fujimura gives an idea: 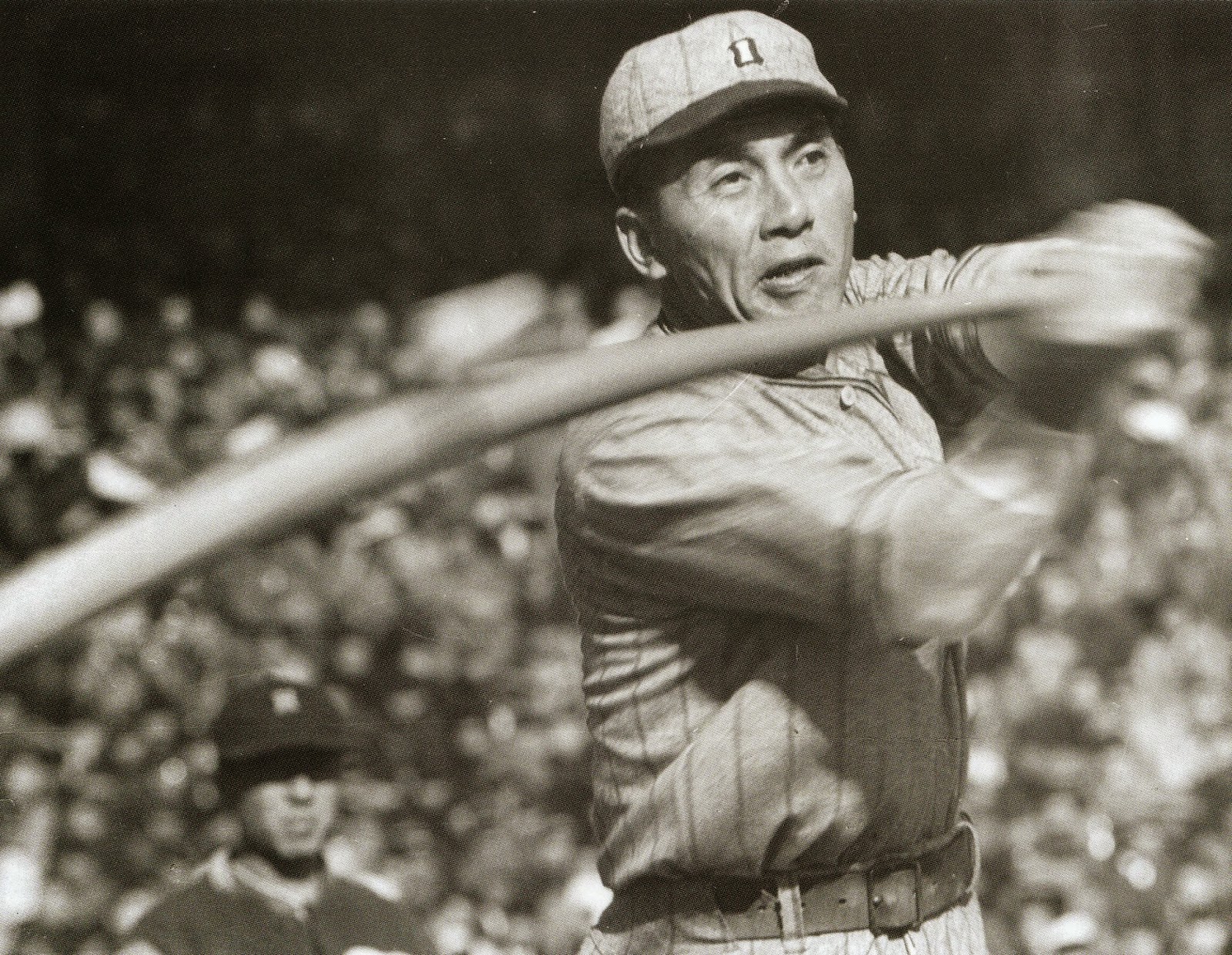 Here are the 12 SF Seals included in this set: 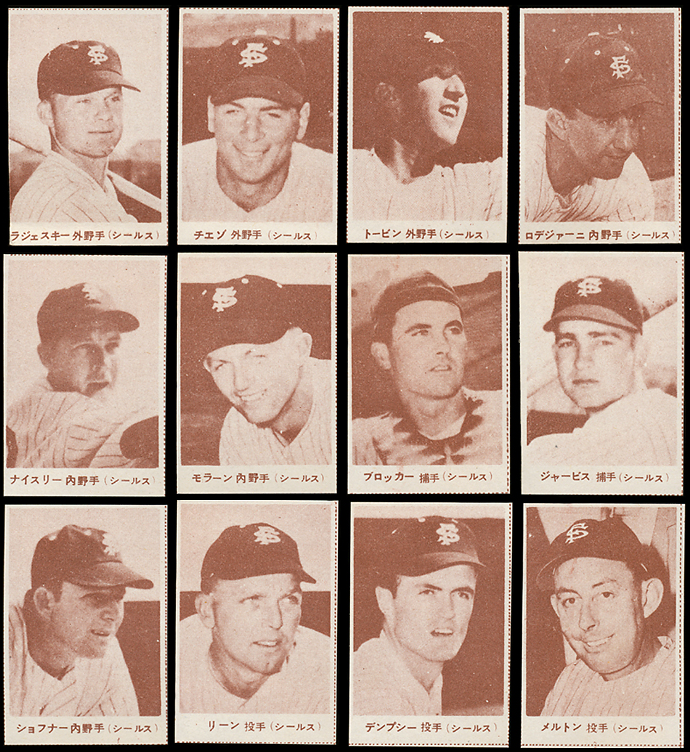