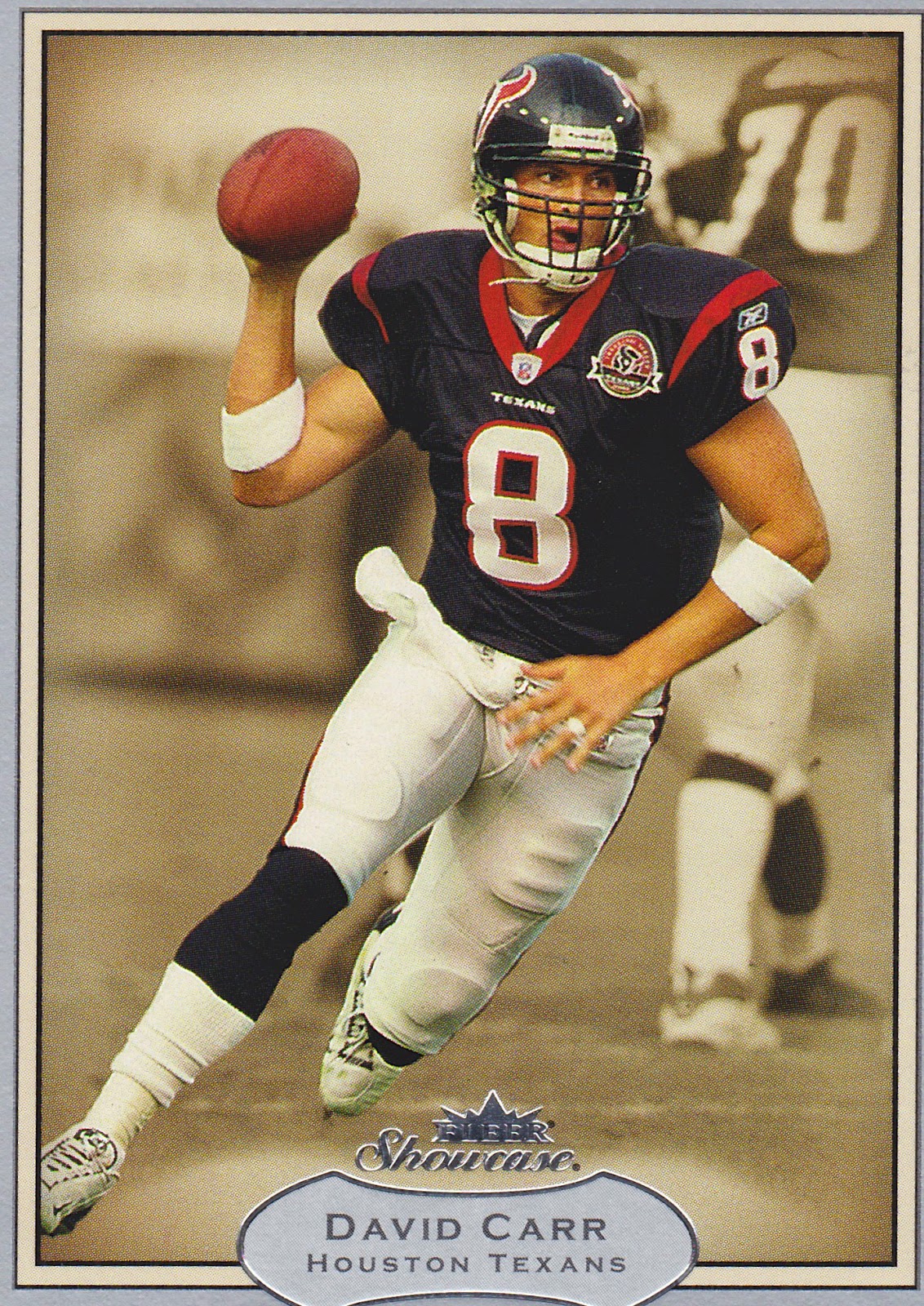 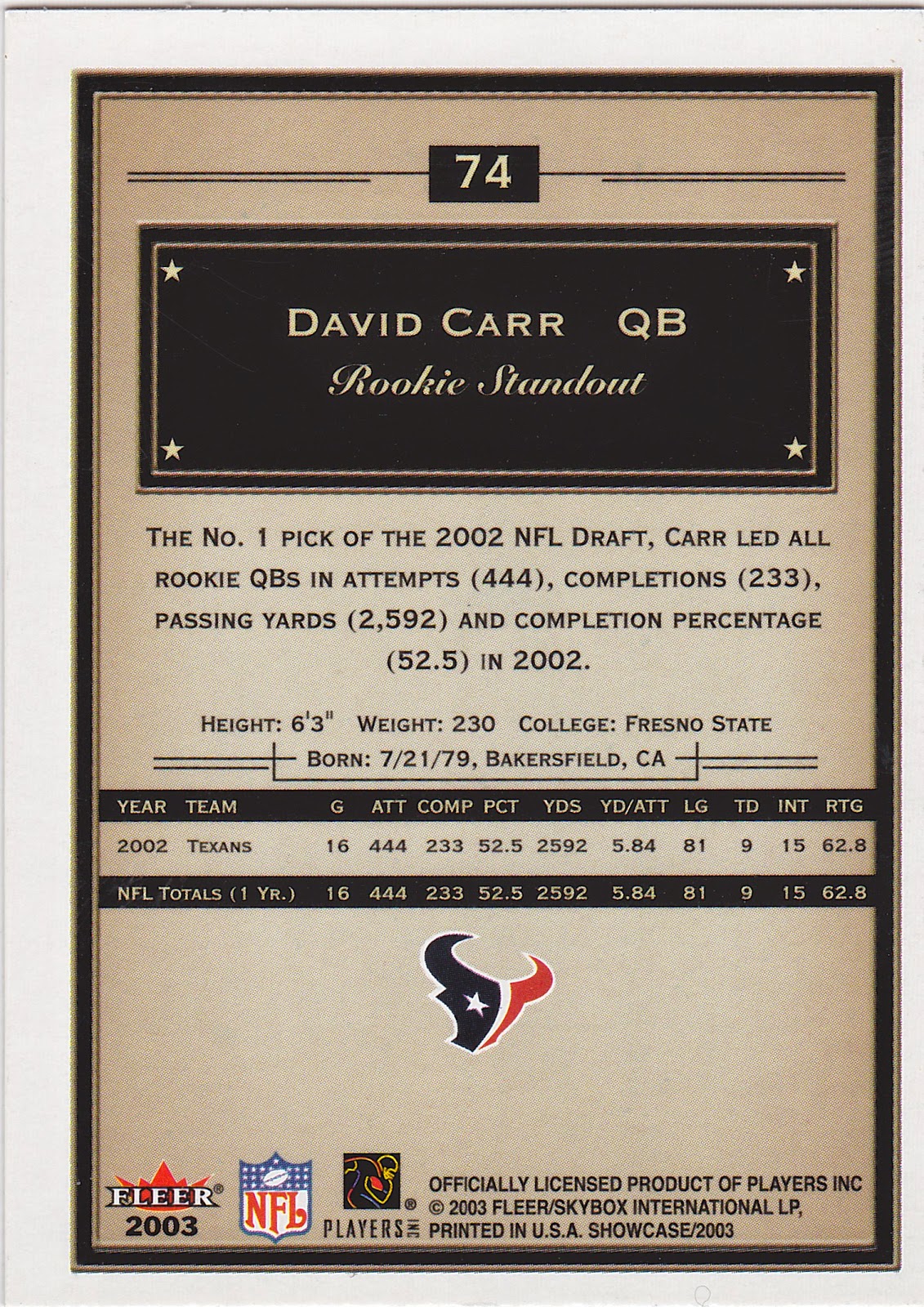 NFL Info: The Texans chose David Carr with the first pick of the 2002 draft. That made him the first pick in the history of the franchise. He never had a chance. He spent most of the season looking up at the sky or Reliant Stadium roof while being sacked a record amount of times in his rookie season. He had plenty of talent but it was difficult for him to progress while running for his life. Too many times during his five seasons he was the leading rusher in a Texans game.

After being run out of town he was able to parlay his talent into jobs with the Panthers, Giants and '49ers as a back-up through his last year 2012. Me? I'll always remember that first Texans game ever, a win over the Cowboys on a Sunday night. I've never been in a stadium that loud for that long. David Carr went from 'hero to zero' in Houston, but we'll always have that night.

Fantasy Angle: I picked up Carr in 2002 as an option when Kurt Warner's career went south for the Rams early that season and I scrambled to find a replacement. I rotated between Carr and Warner's replacements Marc Bulger and Jamie Martin. I'm not sure how I was able to fashion a 7-6 record that year given the dregs I used as a lineup each week. I made the playoffs but got a well deserved early exit.

The Card: I had a 2002 card of Carr in my binder for a long time before I decided that I liked this one a lot. It has two things going for it. It's kind of 'artsy' and it show Carr running for his life which is how I'll always remember him.
Posted by Commishbob at 6:00 AM