Mickey and Bob, Waiting for Willie 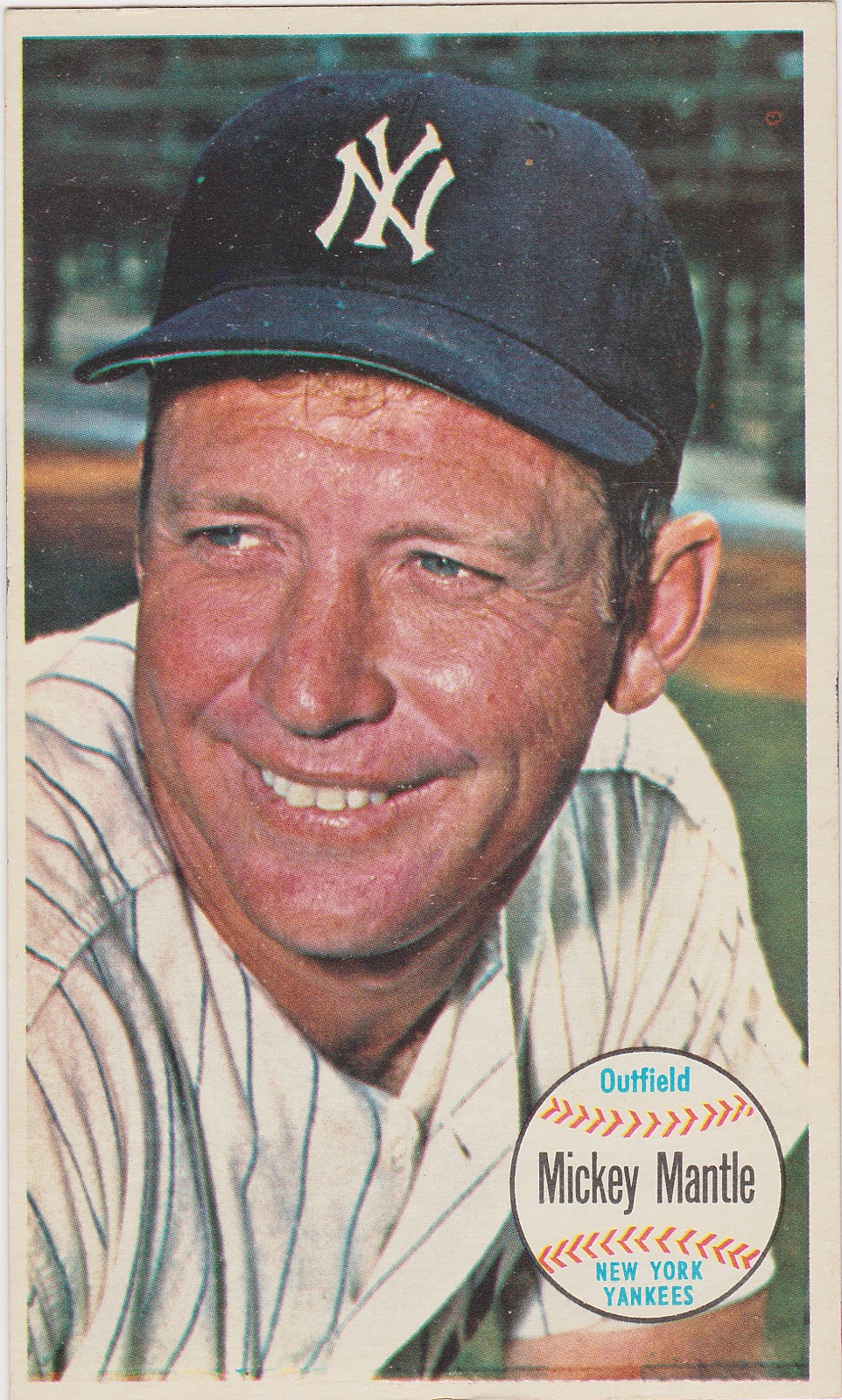 Two down, one to go. I've rounded up the last of the 1964 Topps Giants set. And these are two of the best cards in the set. 1964 marked Mickey Mantle's last season as a front line hitter. He had 35 homers to go along with 111 RBI and a .303 batting average. After this season his numbers tailed off significantly. And then there is Roberto Clemente who, as Topps was wont to do back then, referred to him as 'Bob'. It just seems weird too me. I don't recall how prevalent that was back then. I just remember him as 'Roberto'. And as one of the most exciting players I've ever seen. In 1964 Clemente was reaching the prime of his career. He led the NL in hits and won the batting title. Hard to imagine that he was 9th in MVP voting.

Clemente won two championships with the Pirates. He hit .362 in his World Series at-bats and was the MVP in the 1971 Series win over the Orioles. 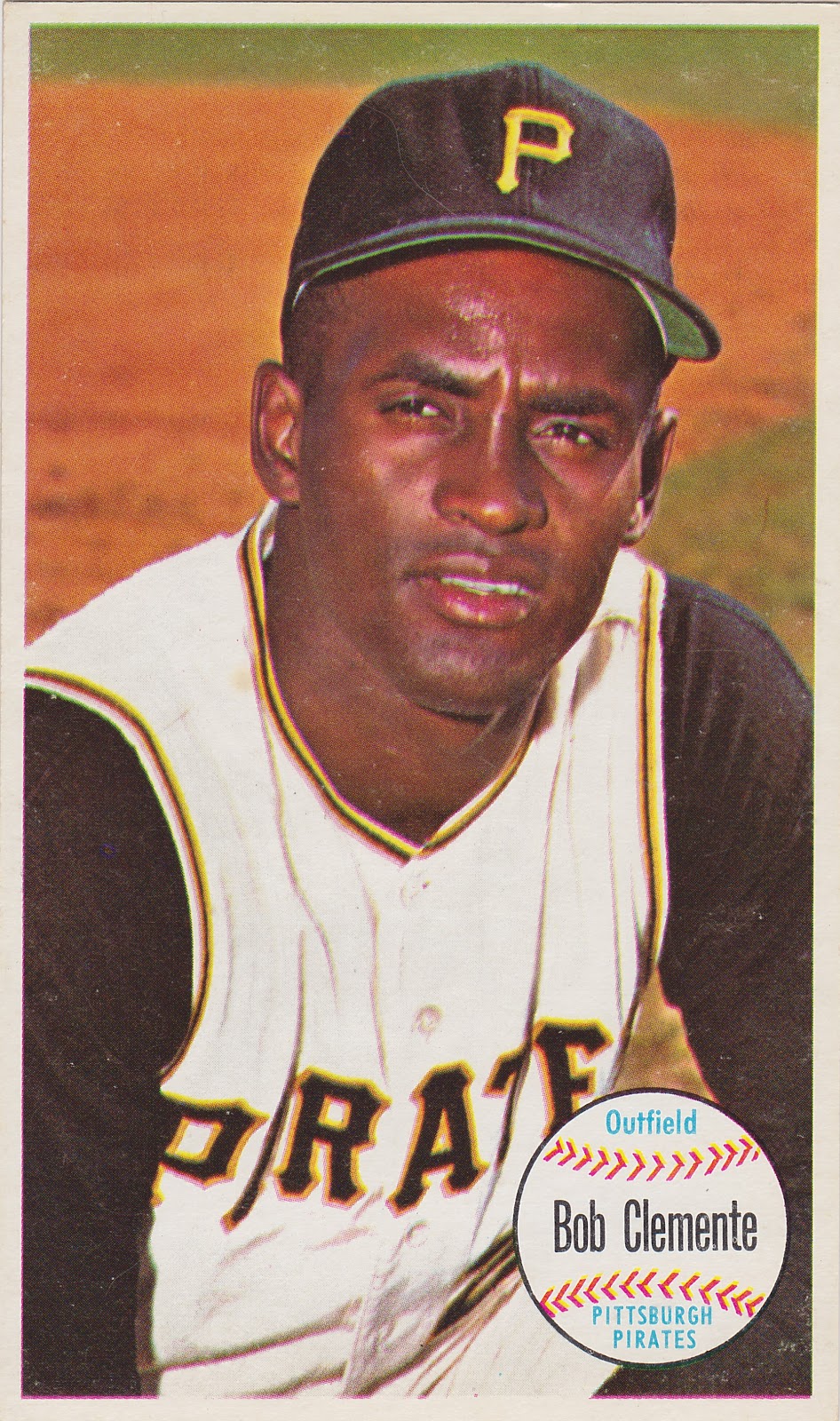 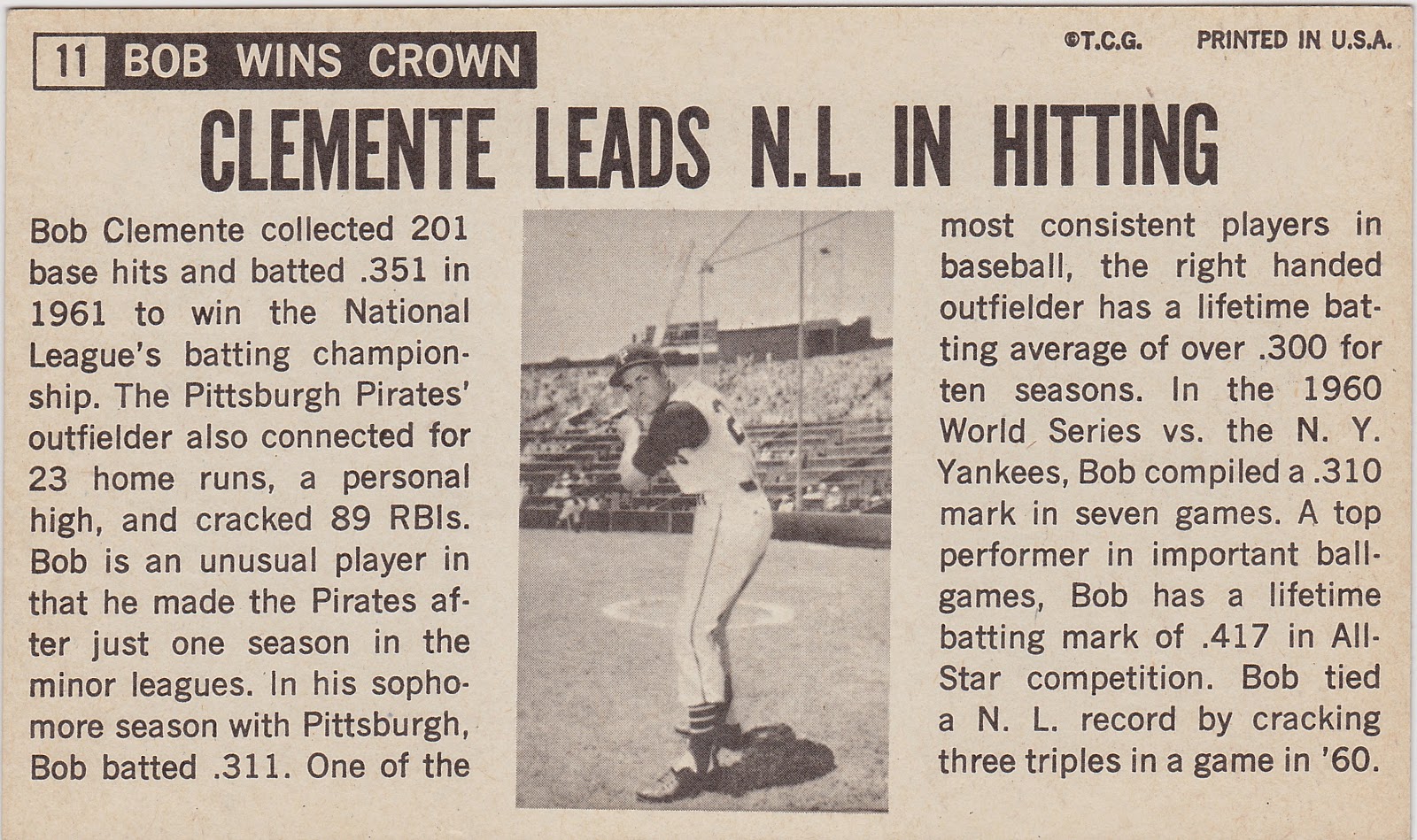 The Willie Mays card in this set is the final piece of the puzzle. I'll need to track down some quality four pocket  pages and the '64 Giants set will look great in a binder.
Posted by Commishbob at 10:20 AM