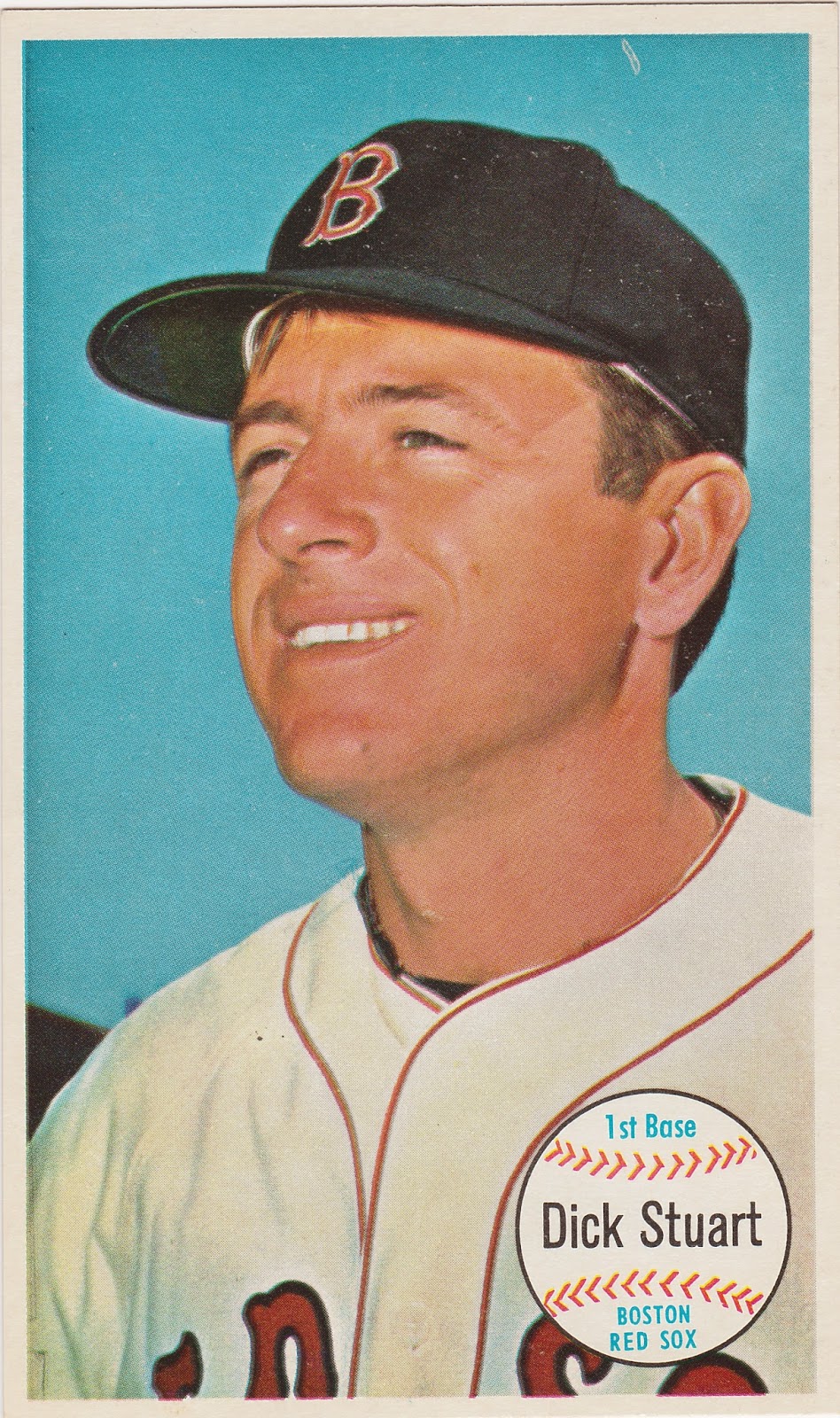 I often wonder... OK, not often but it has occurred to ask myself once or twice.... who was it at Topps that decided which cards would be Short Prints and which wouldn't be. I thought of this again when trying to complete the '64 Topps Giants set. There are supposedly seven SP cards. Why seven? How does seven factor into printing sheets of a 60 card set? Beats me.

The seven SPs (at least according to the Cardboard Connection) are: Willie Mays, Sandy Koufax, Galen Cisco, Bill Skowron, Dick Stuart, Bob Friend, Wayne Causey. None of them are very difficult to find and only the Koufax and Mays carry price tags over $10. But again I wonder why those players? A mystery of life I suppose.

Anyway here is the Dick Stuart. This is supposedly the 'shortest' of the SPs, at least according to the PSA registry. I offered $6 to a guy who had a '$8.50 or Best Offer' price on it and I have it in hand now. Stuart is, of course, the powerful outfielder-turned-first baseman known far and wide as 'Dr. Strangeglove' for fielding deficiencies. He played for six different teams in a 10 season major league career and spent some time playing in Japan before returning to finish his career stateside in 1969 with the Angels.

In 1956 he hit 66 homers for the Lincoln Chiefs, the Class 'A' affiliate of the Pirates. That's a bunch in any league. That was a minor league baseball record and was noted on the back of the Topps Giant card. 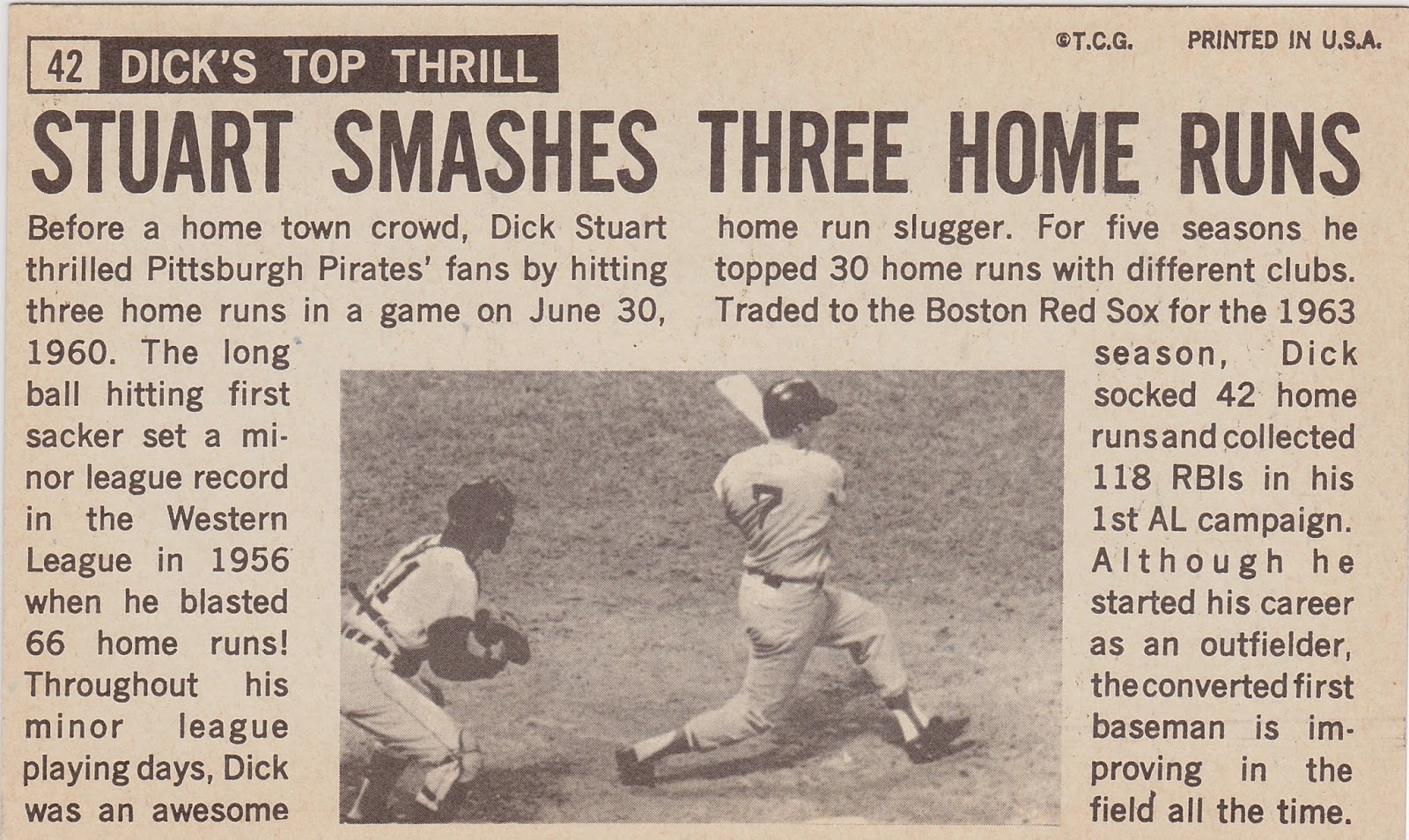 I have the Roberto Clemente and Hank Aaron cards coming my way out of this set and that leaves me just two shy of completing it. I lack Mickey Mantle and the short print Willie Mays.
Posted by Commishbob at 9:57 AM