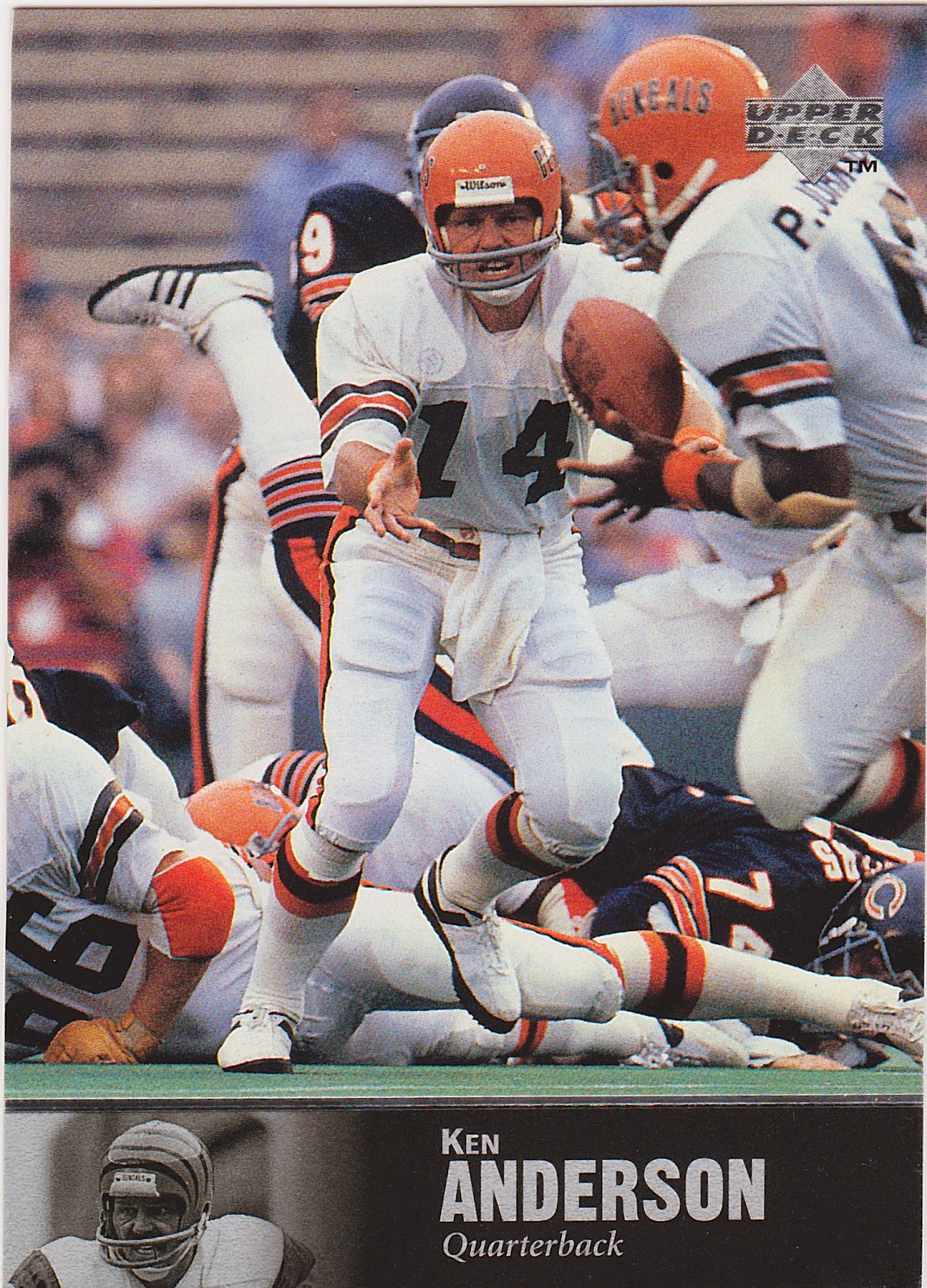 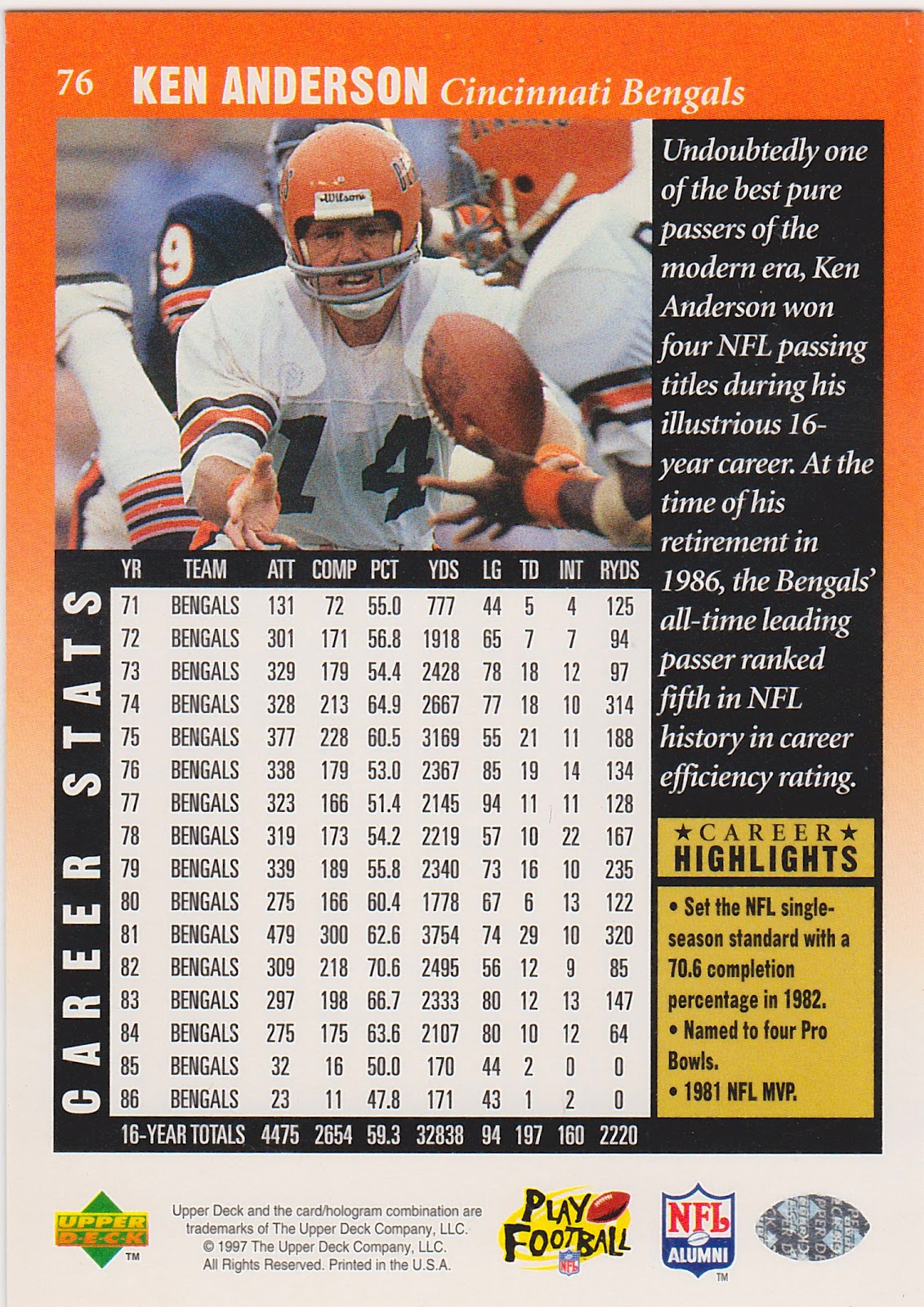 NFL Info: Anderson was drafted 67th overall in the 1971 NFL Draft by the Bengals out of Augustana College (Illinois). He earned the starting job in 1972. He played his entire 16 year career with Cincy.

Anderson's best season was in 1981 when completed 62.6% of his passes for 3,754 yards and 29 touchdowns, with only 10 interceptions. He lead the NFL with a career-high 98.4 passer rating. He also was also know as a pretty good running quarterback and in '81 he gained 320 yards and 1 touchdown on the ground.

After his playing days he worked as a quarterbacks coach and offensive coordinator in a couple of NFL organizations, the Jags and Steelers in addition to the Bengals. He also was a Bengals radio broadcaster for several years.

Fantasy Angle: The first trade I ever made in my league, pulled off a week into the 1980 season, was the one that brought me Anderson along with running backs Mike Pruitt and Arthur Whittington in exchange for Joe Theismann. Only Pruitt among the trio of players I picked up saw any action and he didn't do much. Anderson had a lousy year in 1980 but the next season, when he was on someone else's team, he was the NFL's MVP. Figures.

The Card: This card breaks my self-imposed guidelines for inclusion in my fantasy football frankenset. It comes from a set issued well after Anderson's career. I used to have a contemporary card of his in this slot but I really liked the 1997 Upper Deck Legends and picked this one to represent it. I think the photo used really conveys how I remember Anderson, in the Bengals' white unis and the original helmet. You could really see Paul Brown's Cleveland Browns roots in that outfit. When it comes to card designs, no matter the sport, Upper Deck more than holds its own. The back has a lot going for it. Full career stats, A brief write-up and a career highlights section. The only minus is the fact that they repeat the same photo used on the front. But overall this is a great set. I have the complete base set. During the football season I may just put it in a binder.
Posted by Commishbob at 5:30 AM