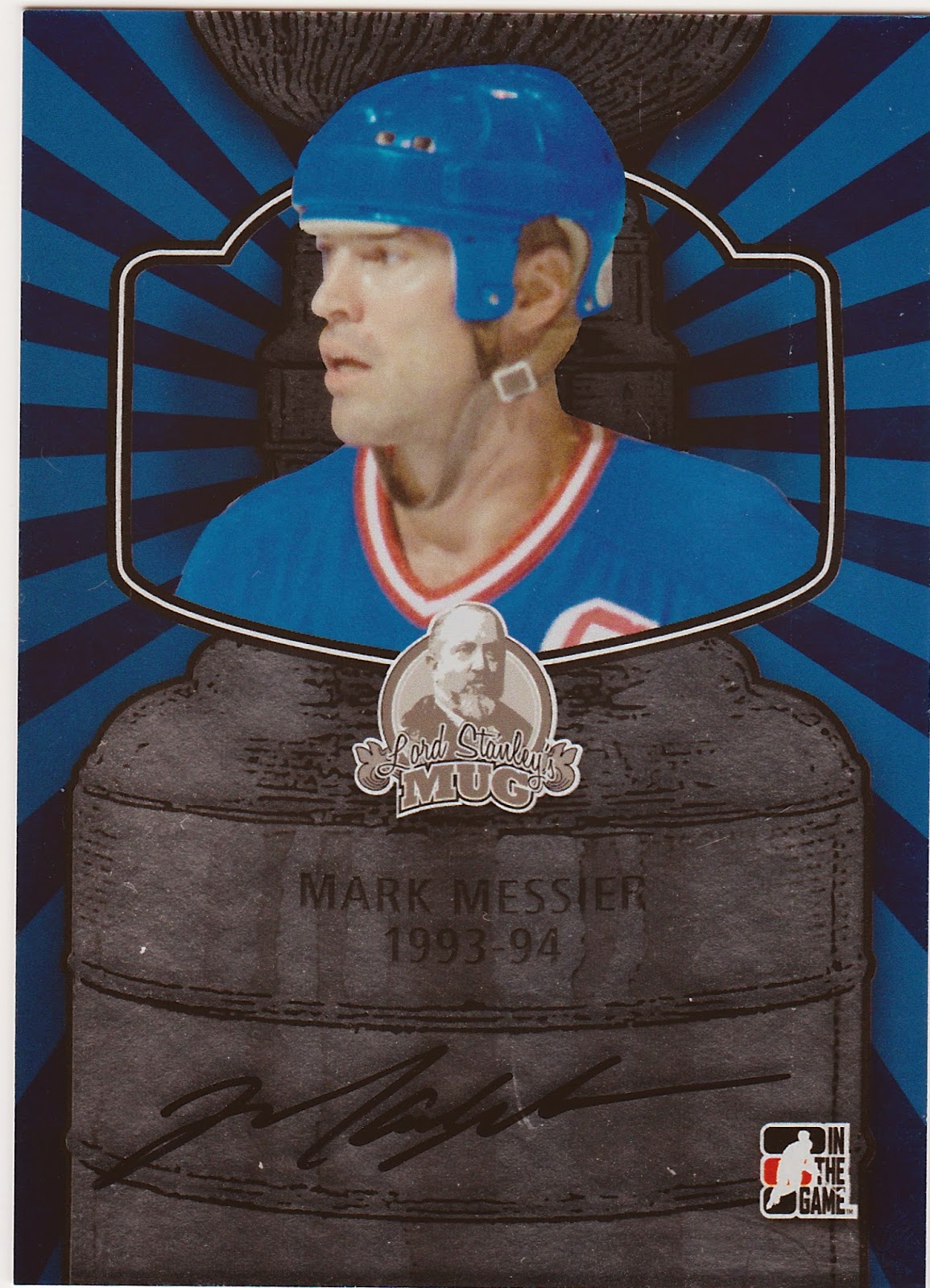 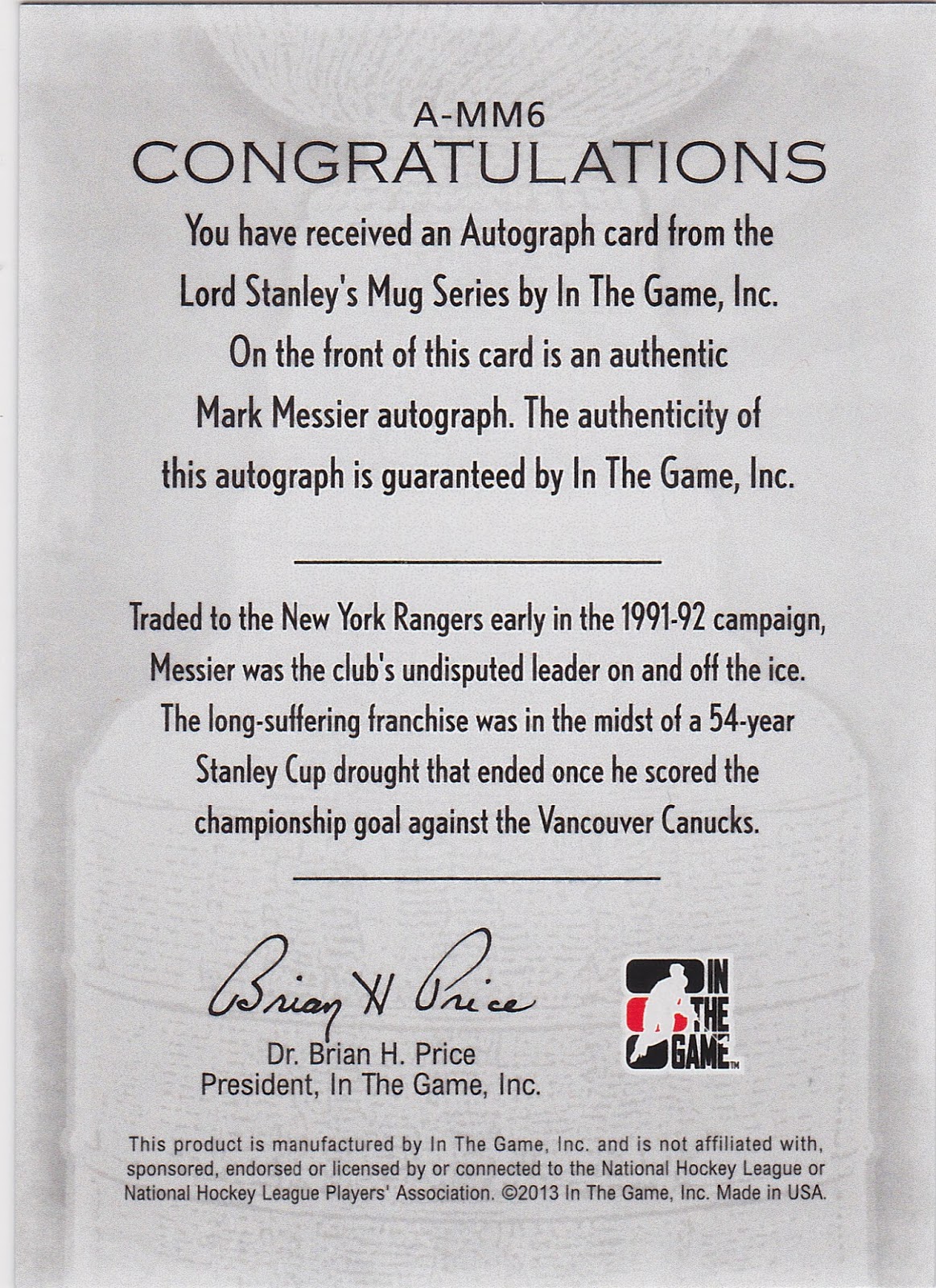 The usual Monday Morning Quarterback posting will run on Tuesday. I have other priorities today!

The Rangers are down 0-2 in the Cup Finals and I'm hoping this Mark Messier signed card will turn their fortunes around. Kings are a helluva hockey team but the Rangers have hung in there. Oddly the Rangers have not been behind in seven plus periods of hockey up until the nanosecond the Kings put the puck in the net on both overtime games.

I picked this Messier card up on eBay and it wasn't cheap but Messier is a tough autograph and in that regard it was a bargain. Flip side of that equation is that I don't really care much for autographs and therefore I spent too much. Now I'm confused.

It's a shiny chrome-ilated In The Game Lord Stanley's Mug Series card. As a Ranger fan I'll always be indebted to Messier for the way he almost literally picked up the 1993-94 Rangers, put them on his back and carried them to the only Cup I've been able to celebrate in my 50-some-odd years as a Blueshirts fan. 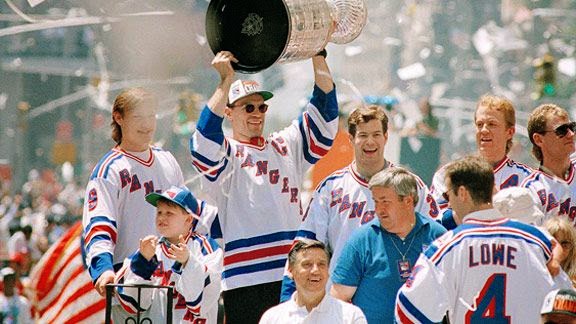 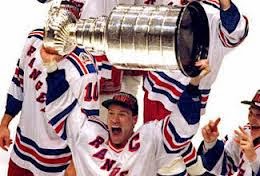 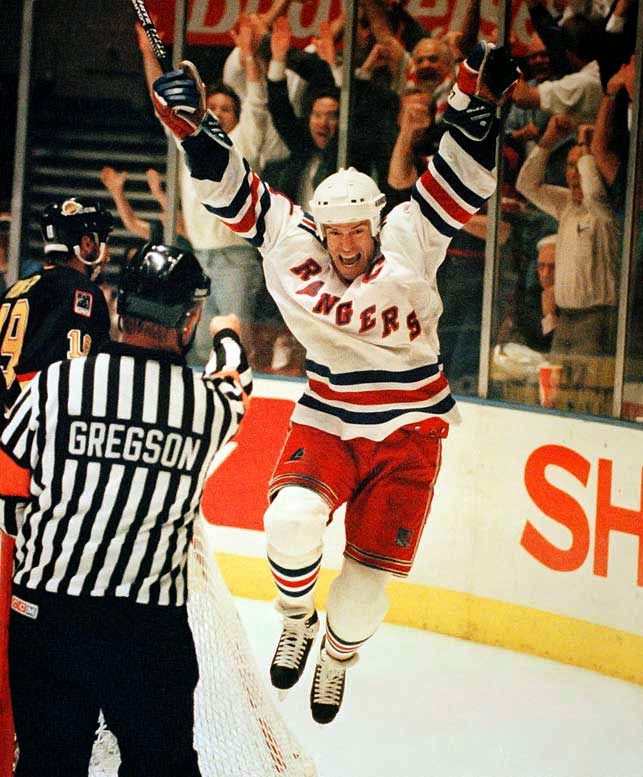 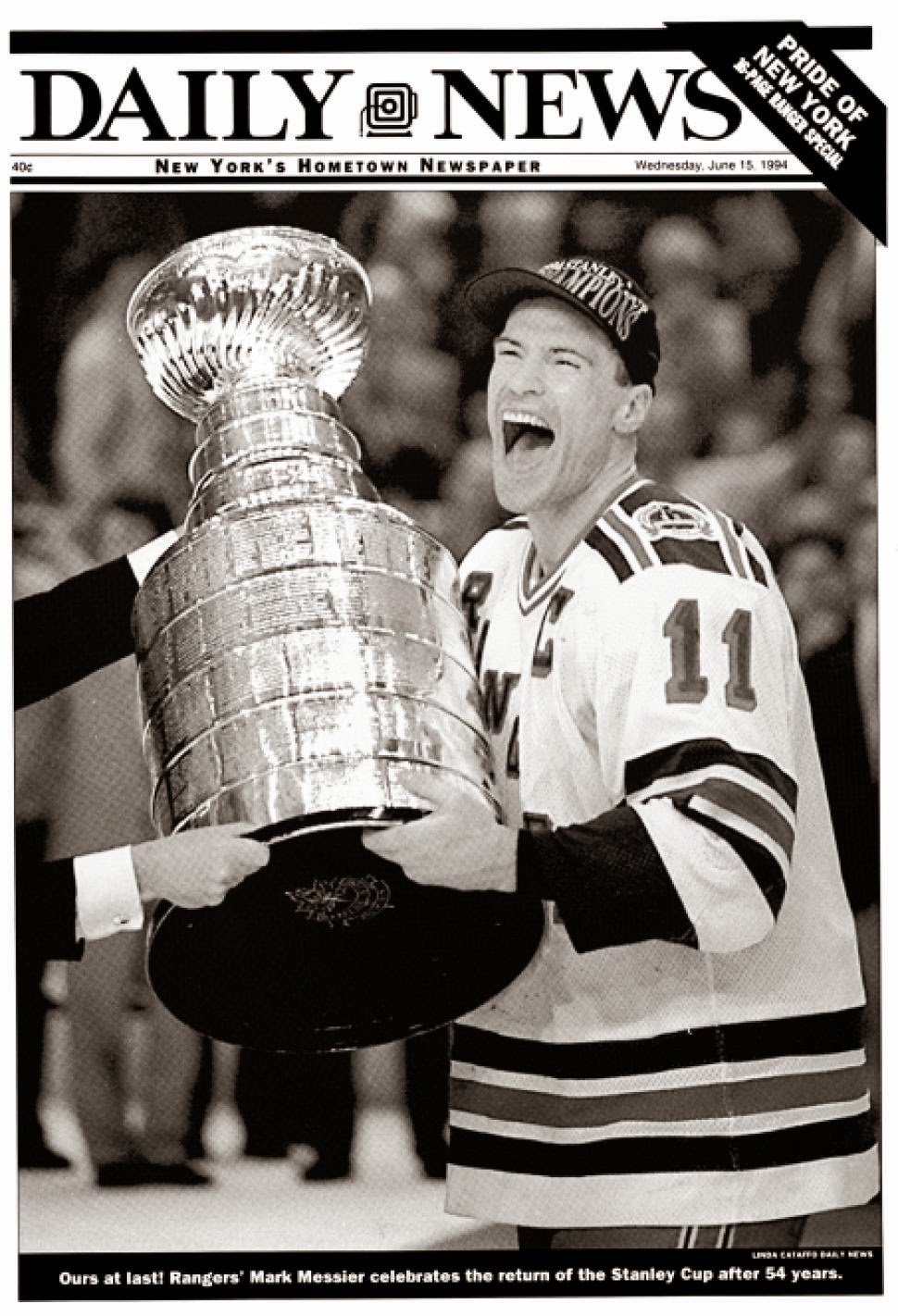